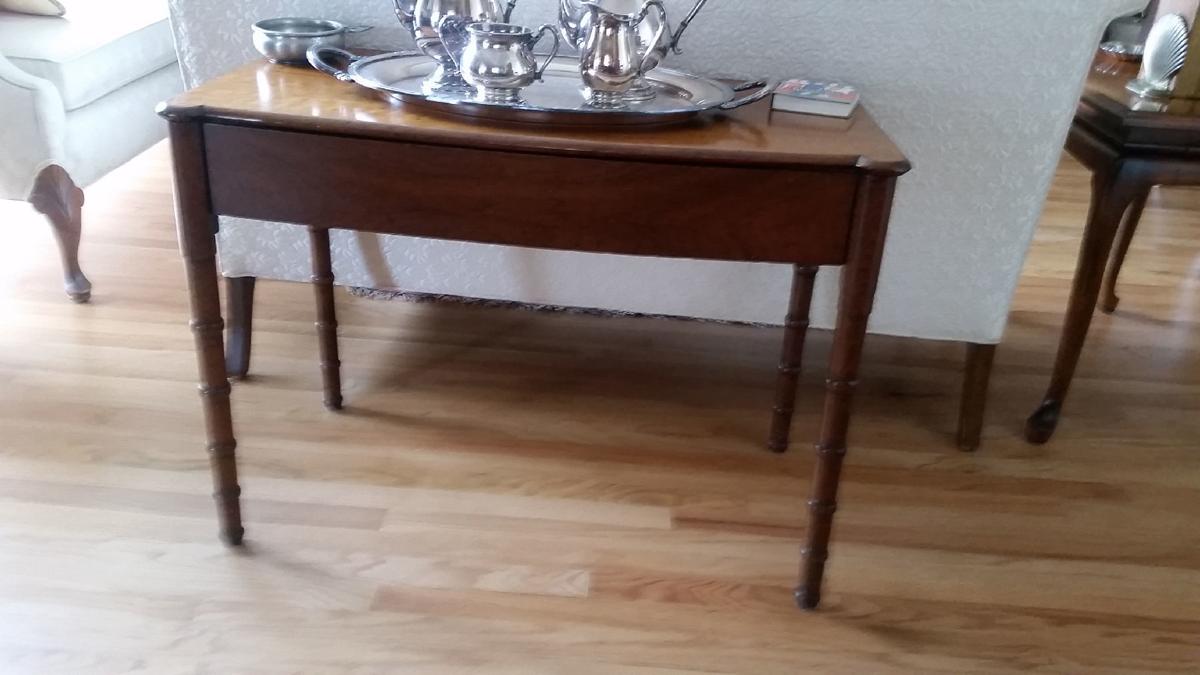 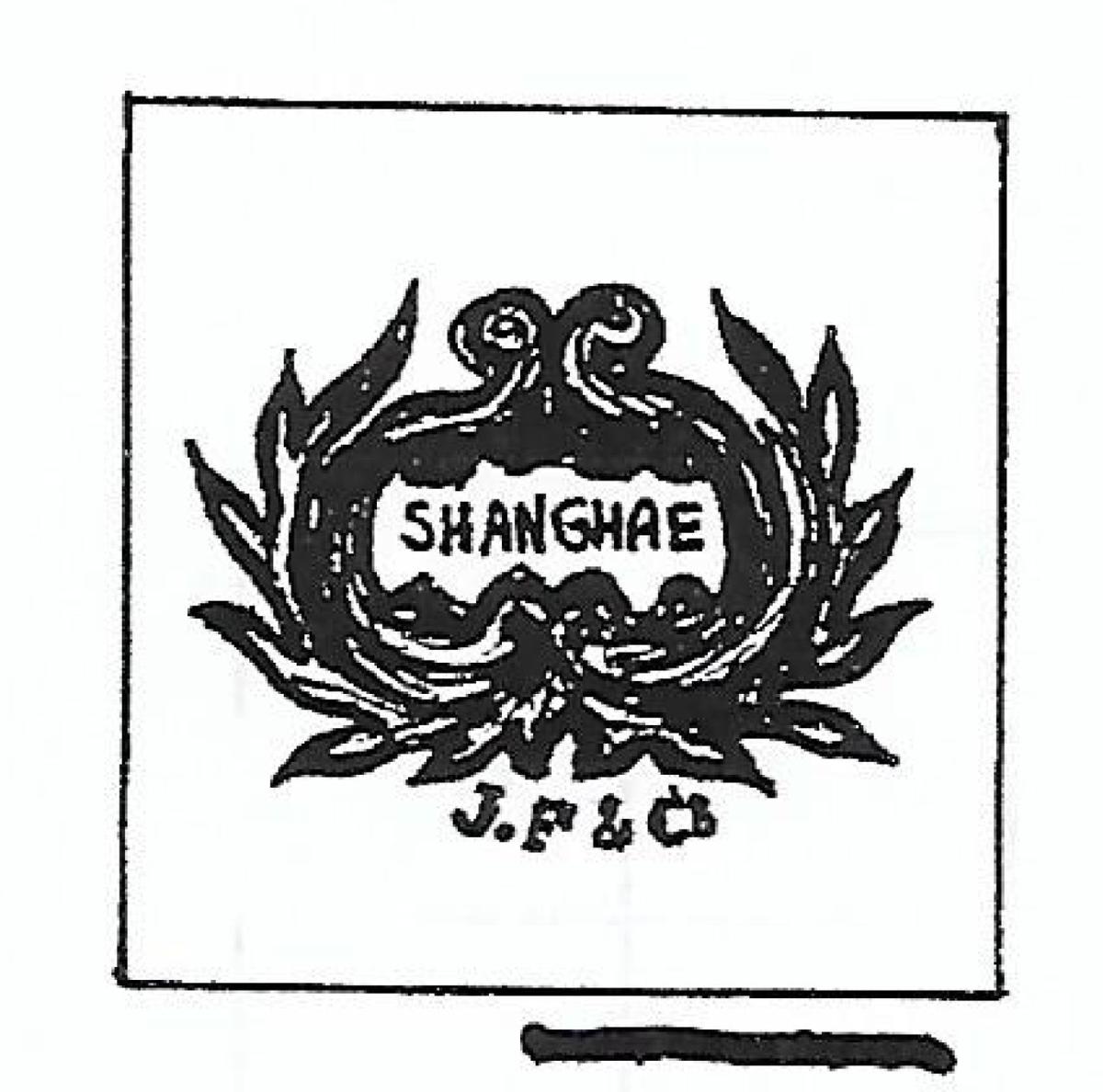 Question: I have enclosed a photo of an antique table that has been passed down in our family for generations. It is walnut. It has one drawer and legs that have raised circles at regular intervals. It stands about 24 inches tall and 34 inches wide. The finish is the original and in excellent condition. The table was in the home my father grew up in in upstate New York. According to family lore, the table was originally higher. Because the floors were washed with lye soap, it wore the legs down. Interestingly, the home is now a New York historical site.

My grandson has always liked the table and would like to have it for his home. I would appreciate any information you can provide.

Answer: Your table with faux bamboo legs is an example of the Sheraton period of furniture. The turned legs are round and made to resemble bamboo by a cabinet maker. It is circa 1800 and was made by an accomplished cabinet maker. The Sheraton period of design was from 1780 to 1820. Thomas Sheraton was an English furniture designer and cabinet maker. He was influenced by French King Louis XVI and Directoire styles. His later work was on the cusp of the Empire era and became a little more heavy in design. English cabinet markers Thomas Chippendale and George Hepplewhite were peers of Sheraton. Cherry, maple and walnut were often used by American cabinet makers.

Q: This mark is on the bottom of a covered vegetable bowl that is part of a set of dishes that belonged to my great-great-grandmother. The set was given to her in 1919 by her mother-in-law. She was told it had been in her family for generations. All we have left of the set is this bowl. It is decorated with a blue and white pattern. Amazingly, it is in very good condition.

I am ready to pass it along to my daughter and would like to know more about the age, maker and value.

A: Your covered vegetable bowl/dish is an example of Flow Blue china. Josiah Wedgwood, located in England, was the first potter to make Flow Blue in the 1800s. The firing process caused the cobalt blue to run or bleed, thus the name Flow Blue. It was extremely popular, and large amounts were made in England, Holland and the United States. Jacob Furnival and Company made your dish in Hanley, Staffordshire, England. The pattern is "Shanghae," and this mark was used from 1845 to 1870. Other English potteries produced the Shanghae pattern, but they spelled the pattern "Shanghai."

Your late-19th-century covered vegetable dish would probably be worth $125 to $225.

Address your questions to Anne McCollam, P. O. Box 247, Notre Dame, IN 46556. Items of a general interest will be answered in this column. Due to the volume of inquiries, she cannot answer individual letters.