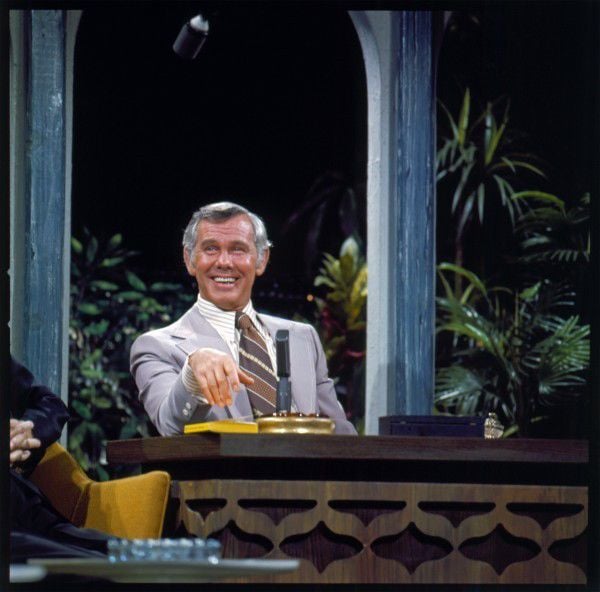 Even now, years after his retirement, Johnny Carson remains the king of late night television, thanks to his  "Tonight Show" reign. 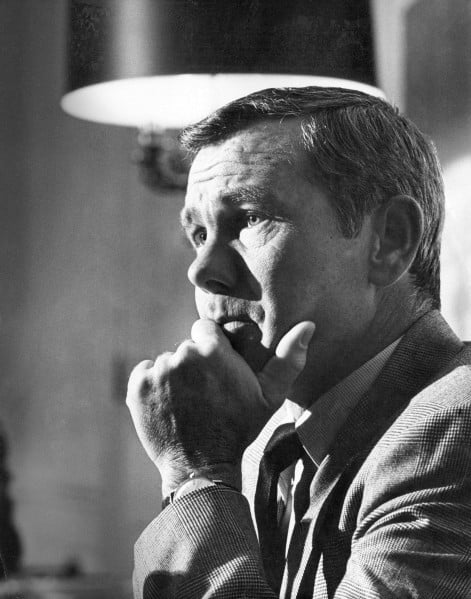 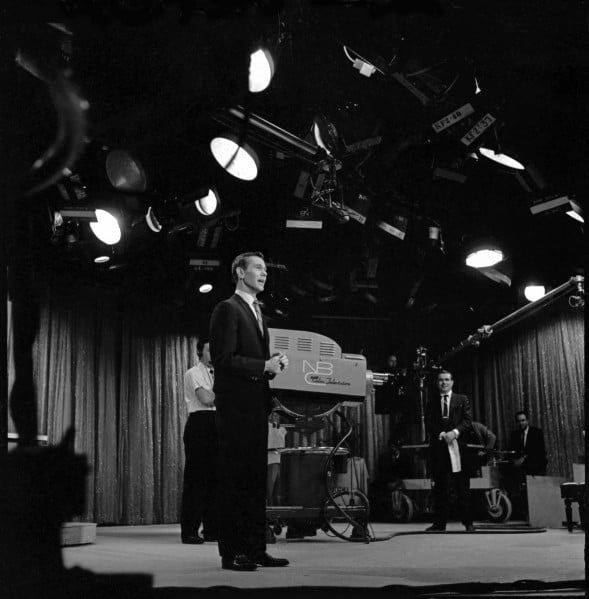 Johnny Carson began his network career on CBS, then switched to NBC where he reigned for decades. 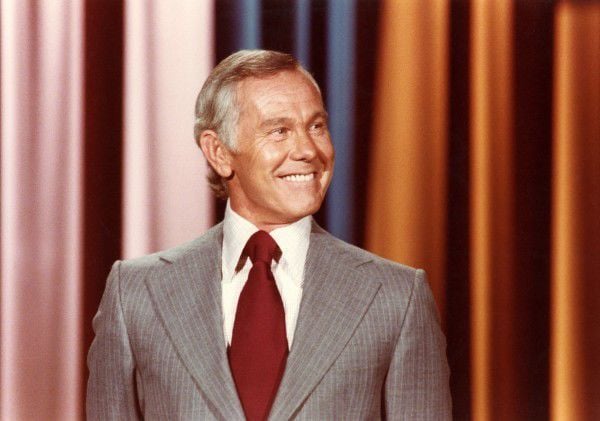 "The Tonight Show Starring Johnny Carson" was the top-rated late-night show during the 1970s and 1980s.

Johnny Carson guarded his privacy so fiercely many family members and friends wouldn't talk about him even years after his death.

While preparing a documentary about the late-night talk show host, Director Peter Jones and Producer Susan Lacy got access to the Carson archives and spoke privately with his brother and ex-wives. "But out of the four ex-wives, only Joanne would appear on camera," Jones says.

"Even today, there remains a veil of secrecy about Johnny Carson."

Family members gave Jones information he could use only on background.

And following his retirement? Carson made very few public appearances. "He took a cue from Greta Garbo," Lacy says. "He was actually most comfortable in front of the camera. He was not a socially comfortable guy."

In the "American Masters" documentary, Carson is referred to as the biggest television star ever.  Lacy believes the title will stand because "nobody has ever commanded that kind of audience" since he retired."

Carson's late-night ratings were incredible. When Tiny Tim wed on his show, one-third of all the television sets in the country were tuned to "The Tonight Show." Appearances on his show were a sign that comedians had made it.

And, in "Johnny Carson: King of Late Night," a virtual who's who checks in to pay homage. "The professional people were happy to do this interview," Lacy says. "It showed the respect the industry have for Johnny. It was very, very different with the family."

Dick Carson, Johnny's brother, talked extensively with Jones over the phone. When it came time for an on-camera interview, he begged off: "I'm sorry to let you down, but I'm not going to do the interview because I just know what my brother wanted in his lifetime."

“One day something may get done, and you know what? You’re probably the guy to do it," Carson wrote. "But it will never happen while I’m alive. I’ve done everything I’ve wanted to do. I’ve said anything I want to say. There is nothing more.”

After retiring, Carson held to his promise, appearing only on "The Late Show with David Letterman" to deliver a Top 10 list.

"He had not led a perfect life," Lacy says. "He was ashamed of some of the things he had done and he had real regrets."

But, both say, Carson spent a lot of time on his boat, loved sailing and traveling. "He was very good at spending time by himself -- reading a book or playing Solitaire."

Interestingly, Carson's four wives represented different stages in his life. First wife Jody, was his school sweetheart, Lacy says. Joanne, his second, was a television professional. Joanna, his third, was a model and a "woman of the world" and Alex, his fourth, was the woman who was there for him to the end. "He didn't marry the same woman over and over," Lacy says. "They evolved as he evolved."

Angie Dickinson, who appeared on "The Tonight Show" many times and saw Carson socially, says he was very hard to read. "He enjoyed being out, enjoyed being at dinners and enjoyed people in a small situation. Johnny was difficult. His show was not easy to do because he was so respectful of you and you, therefore, were respectful back. It could easily have just sunk because he was not that gregarious."

Even those close friends he had in Norfolk, Neb., weren't that close, Jones says.

When Carson went home for a special about his childhood, "it was a glossy version" of reality, Jones says. "The people who appeared on the special were looked up by production people and flown in to be there. Johnny didn't have any deep relationships from his childhood. He didn't have great memories of growing up."

Instead, Carson popped to life in front of the camera.

When comedians were called over from their standup to sit on his couch, it was like the Good Housekeeping Seal of Approval.  Drew Carey compares it to a religious experience. "I felt like I was in a dream the whole time...it was like being saved by Jesus, honestly."

Those "called over" went on to have great careers, Carey adds. "He had the knack."

Today, no one wields the same clout as Carson.

David Letterman -- Johnny's favorite in the Jay vs. David battle -- has taken his mentor's lead and rarely speaks outside his show.

But when Jones asked him to comment on Carson, he was more than willing to share his memories.

"Johnny was a role model for him," Jones says. "He kept talking and talking. When others said, 'Wrap this up,' he said, 'I want to go on.' It was very generous of him."

The two had a bond that went beyond the cameras. Frequently, Carson would send Letterman jokes he could use during his monologue. And, yes, Letterman used them -- and got big laughs.

In the film, Jones says, producer Peter Lassally tells a story about how Johnny would call him and say, "Did you watch the show last night? Did you see he used three of my jokes?"

Says Jones: "He missed, most of all, the monologue."

Details: The biography details Carson's life in the Midwest as well as his rise in the entertainment industry, most notably, as host of "The Tonight Show." The documentary features more than 40 interviews with friends, family and colleagues of the late talk show host.

I interviewed Johnny Carson once.

It was back in the early 1980s and NBC officials invited me to attend "The Tonight Show," go backstage and talk with Johnny.

The show, I don't remember.

Unlike the people who say he was so shy and inhibited, I found him to be warm and outgoing. When he learned I was from Iowa, he made a point of introducing me to everyone we encountered. "This is my friend, Bruce. He's from Iowa, too," he said.

He was willing to talk about his days in Iowa -- and Norfolk, Neb., which he really called home -- and he wasn't afraid to ask questions.

Interesting, right? He wasn't this cold fish who only turned it on when the cameras were on. He was just like the Johnny you saw on TV. If that was an act, I was happy to see it.

So often, late night talk show hosts aren't as outgoing (or friendly) as you'd think. David Letterman avoids reporters. Jay Leno can be grumpy. Jimmy Kimmel is like the guy who cooks out next door. Craig Ferguson is a fun guy who's quick on his feet. Jimmy Fallon is just a big kid.

But Johnny? Johnny was the template, the master.

And he didn't forget his roots.

I found he was everything I wanted Johnny Carson to be -- and more: friendly, engaging and open. As you'll see in the special, others don't agree.

They may be right. But they won't change my mind.

The Johnny Carson I met was the ultimate ambassador, the guy I gladly welcomed into my house five nights a week for oh-so-many years.

Even now, years after his retirement, Johnny Carson remains the king of late night television, thanks to his  "Tonight Show" reign.

Johnny Carson began his network career on CBS, then switched to NBC where he reigned for decades.

"The Tonight Show Starring Johnny Carson" was the top-rated late-night show during the 1970s and 1980s.