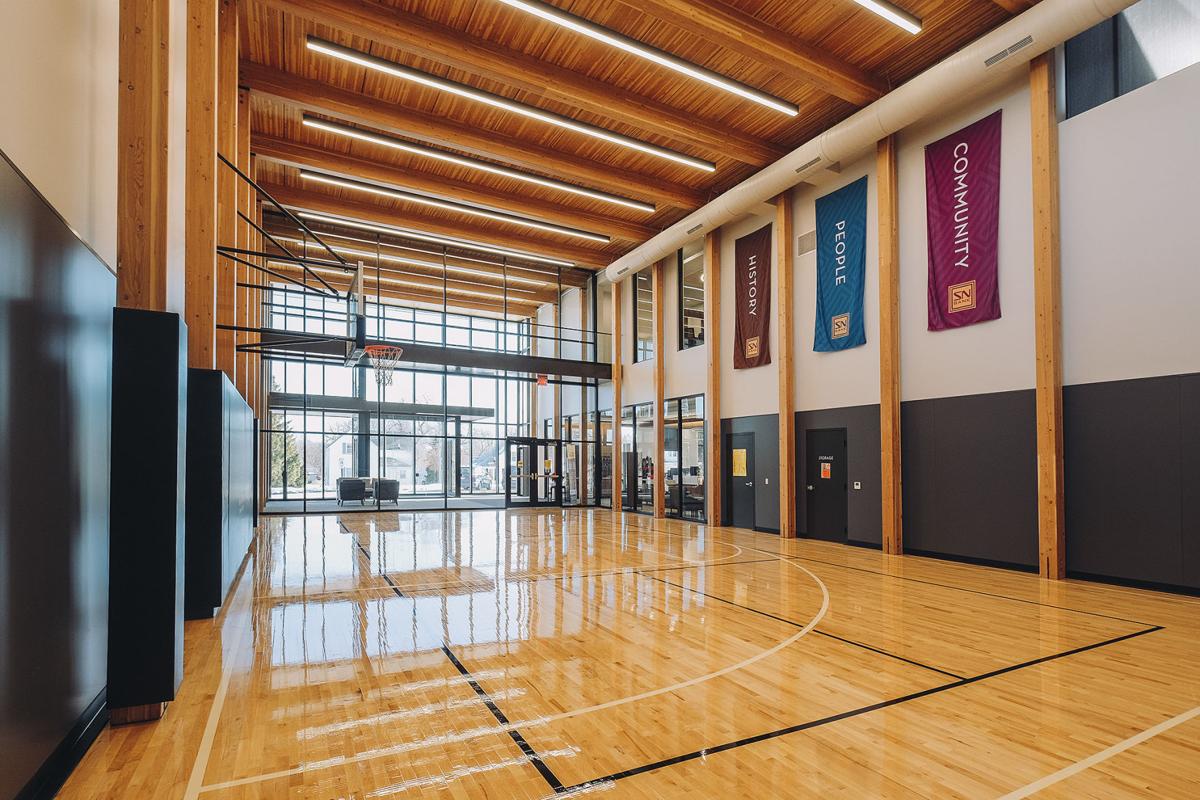 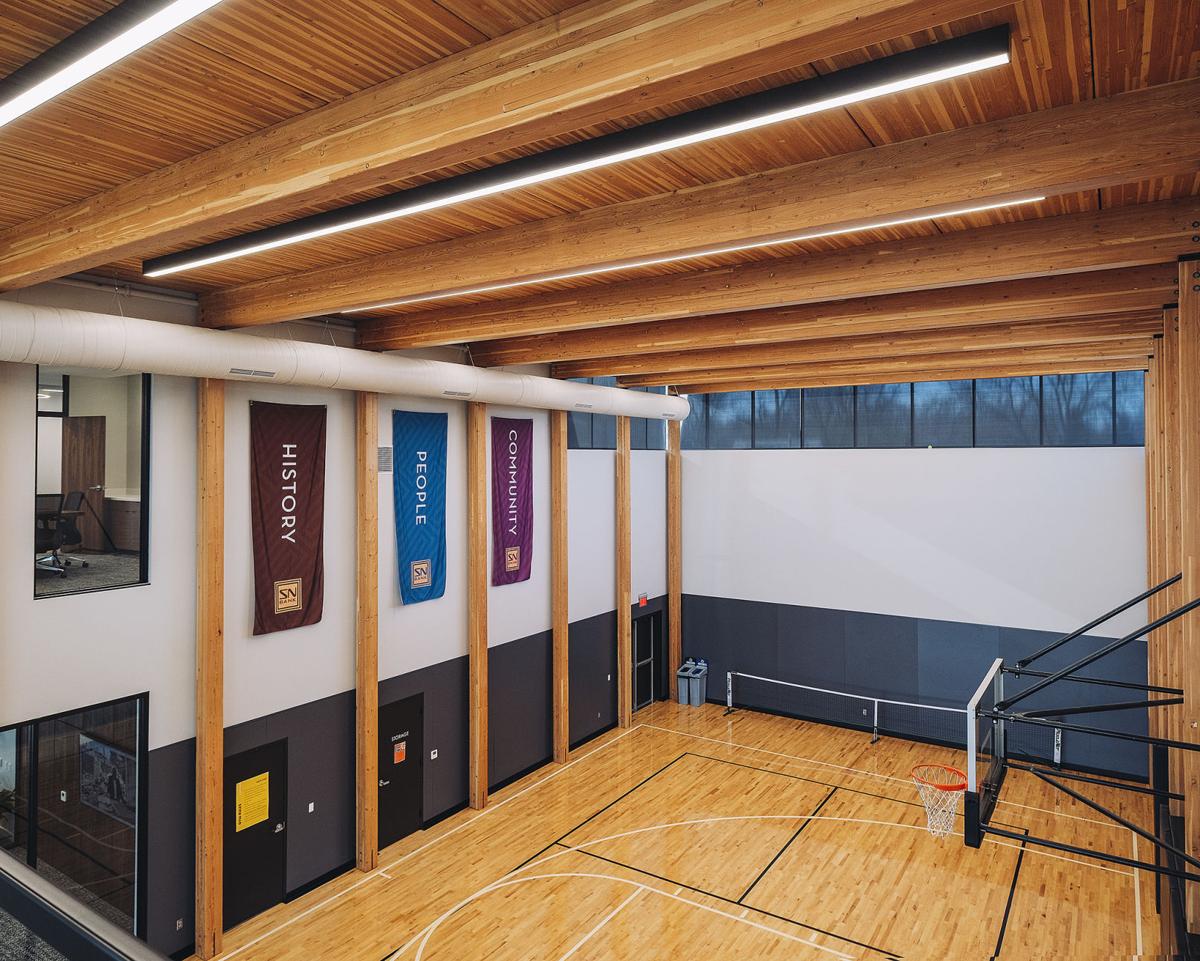 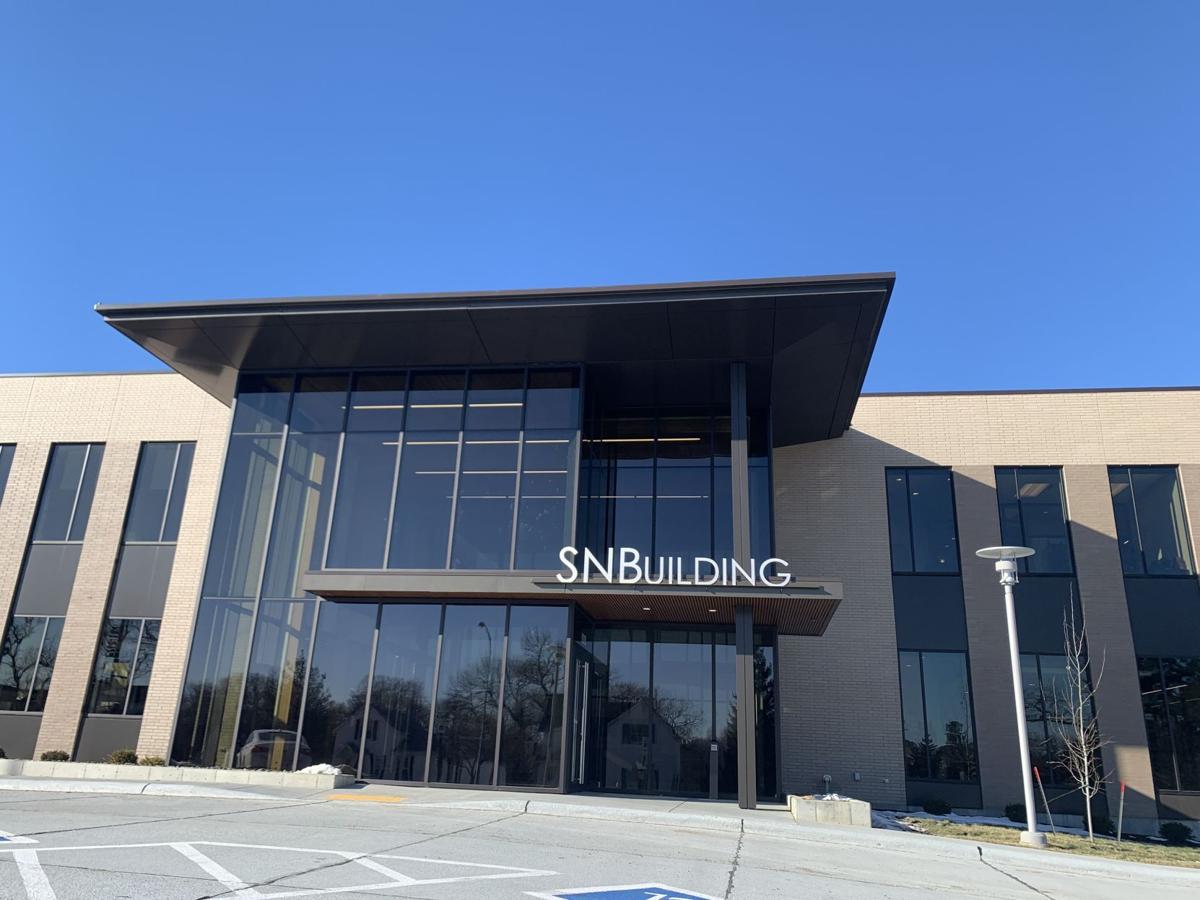 WAYNE, Neb. -- It's not often that a small community bank builds a new branch with a two-story basketball/pickleball court inside.

The campus branch at 1010 Main St. is the second of two bank branches, the other being the main branch at 122 Main St., roughly a mile south.

Besides housing the bank's campus branch, the building is home to the bank's partner, State National Insurance Company, and BeckAg, an agriculture consulting services firm. There's also four office spaces on the second floor that can be rented by the public, with a shared conference room and copy room.

And then there's the basketball and pickleball court (and community room) in the middle of the building. Matthew Ley, the bank's CEO, said he had heard of another bank on the outskirts of Chicago that had an attached basketball court and was keen on the idea, so he phoned an official with that bank to discuss the concept.

"The big thing is just to connect to the community. Banks are fairly similar in what they sell," said Ley, who declined to say the cost of the building other than to describe it as a "significant investment."

The addition of a basketball court was, in effect, an effort to endear the bank to the community, to differentiate itself from its competitors and to entice people to pay the bank a visit.

"Most people, when they bank, they can do it on their phone or on their computer now, so it's hard to get people to come into your building as much as they used to," Ley said.

Before the new branch was built at the site, State Nebraska Bank & Trust had a drive-thru campus branch that dated to the 1970s. The old building had deteriorated somewhat, and bank leaders for a time weighed whether it was worth it to have two branches so near each other.

"We made the decision, a few years ago, to make it a commercial building with not just us in it, but with some class-A office space for the community," Ley said. The building was designed by Ley's brother, the Lawrence, Kansas-based architect Roy Ley.

State Nebraska Bank & Trust was founded in 1892 by Henry Ley Sr., a German immigrant and Matthew Ley's great-great-grandfather. The elder Ley had moved to Wayne from Minnesota in 1881 and initially ran a store called The German Store, before applying for a bank charter a decade later.

The bank has remained in the control of the Ley family for almost 130 years, despite a decades-long, industrywide trend toward mergers and acquisitions.

"And my son starts this summer, as a part-timer, so then we'll have the sixth generation starting," Ley said.

Why Is Dogecoin Trading at New All-Time High?

Why Is Dogecoin Trading at New All-Time High?

"The online banking and our mobile apps were so flooded that people were timing out or couldn't get in. Both of them were inundated," said Troy Steensen, marketing director of Security National Bank in Sioux City.

SIOUX CITY -- The board of directors of FEH Design recently promoted Brittney Ruba to associate principal.

Stevan Bernard led security at Sony Pictures during the 2014 North Korea hack. "I could write a book on that incident," he said. 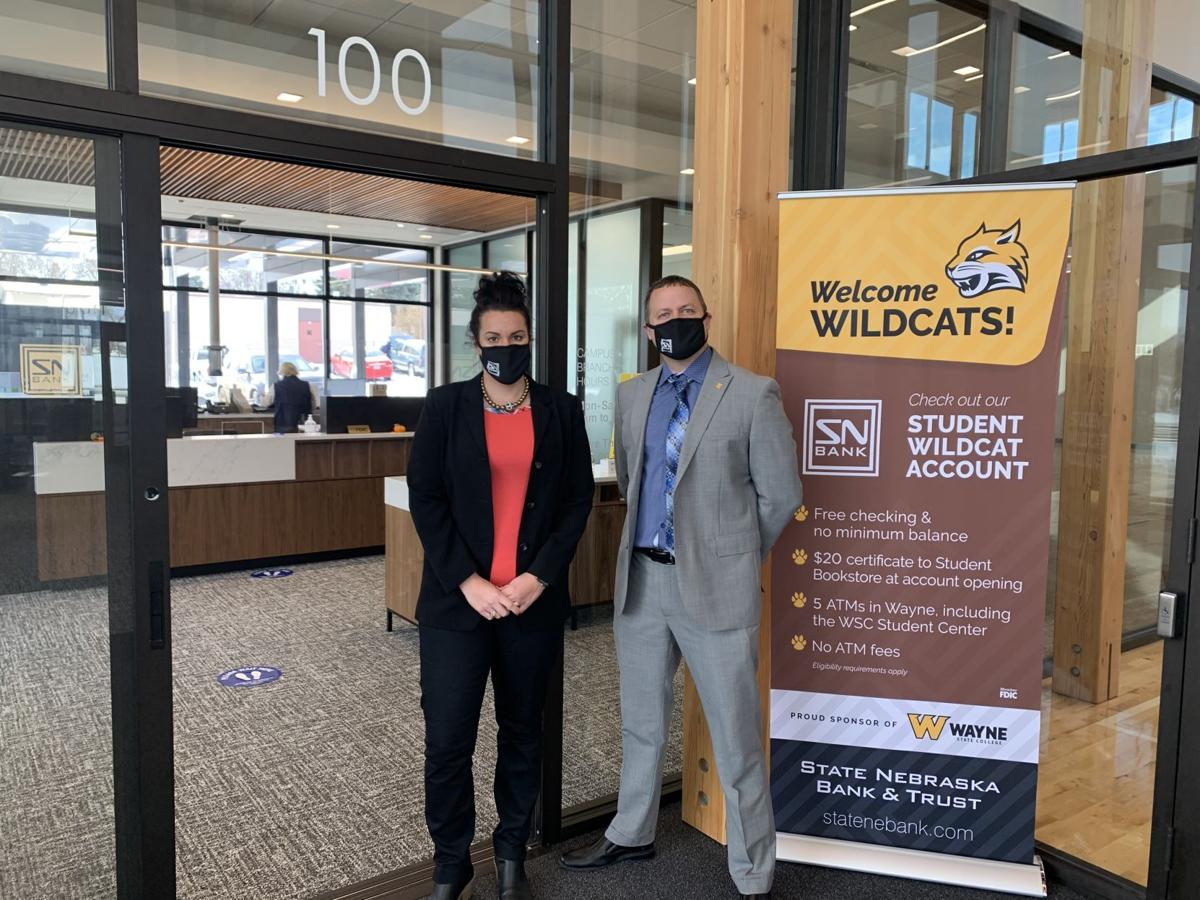 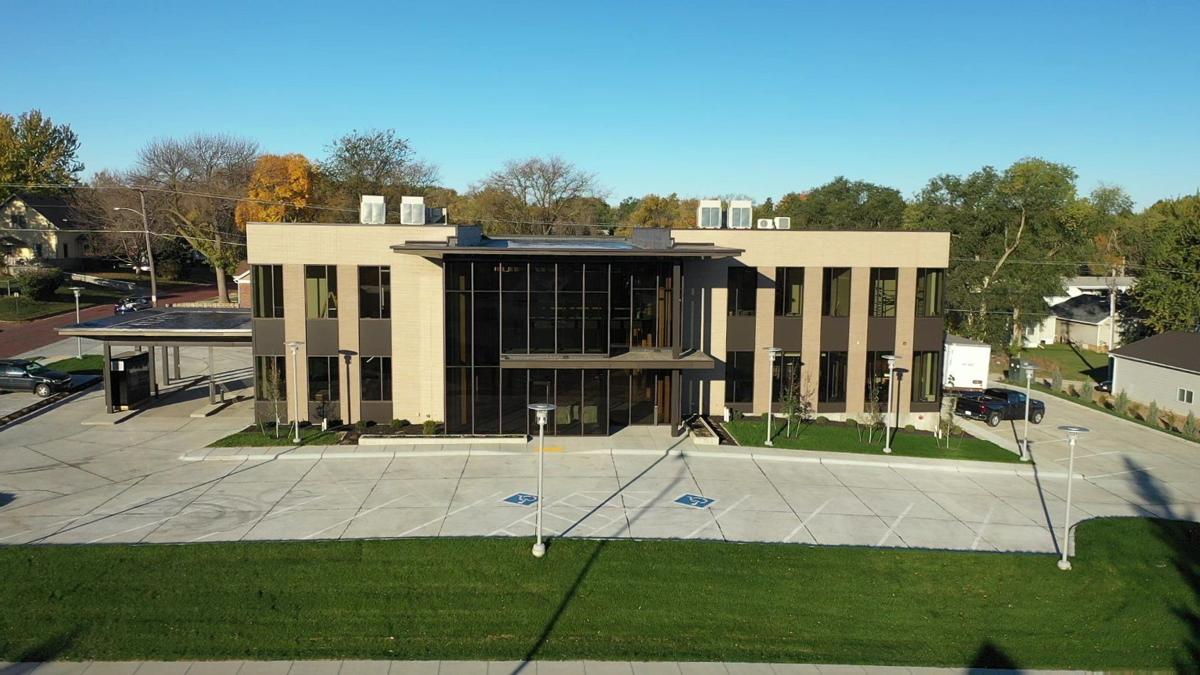