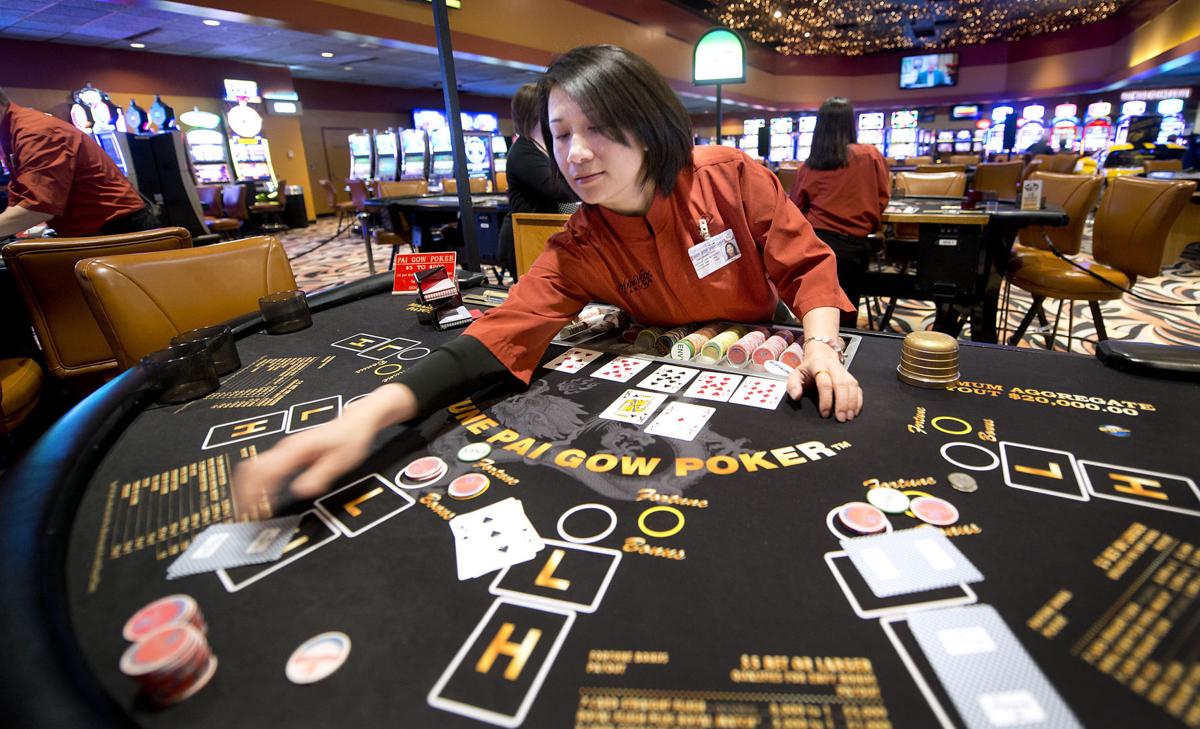 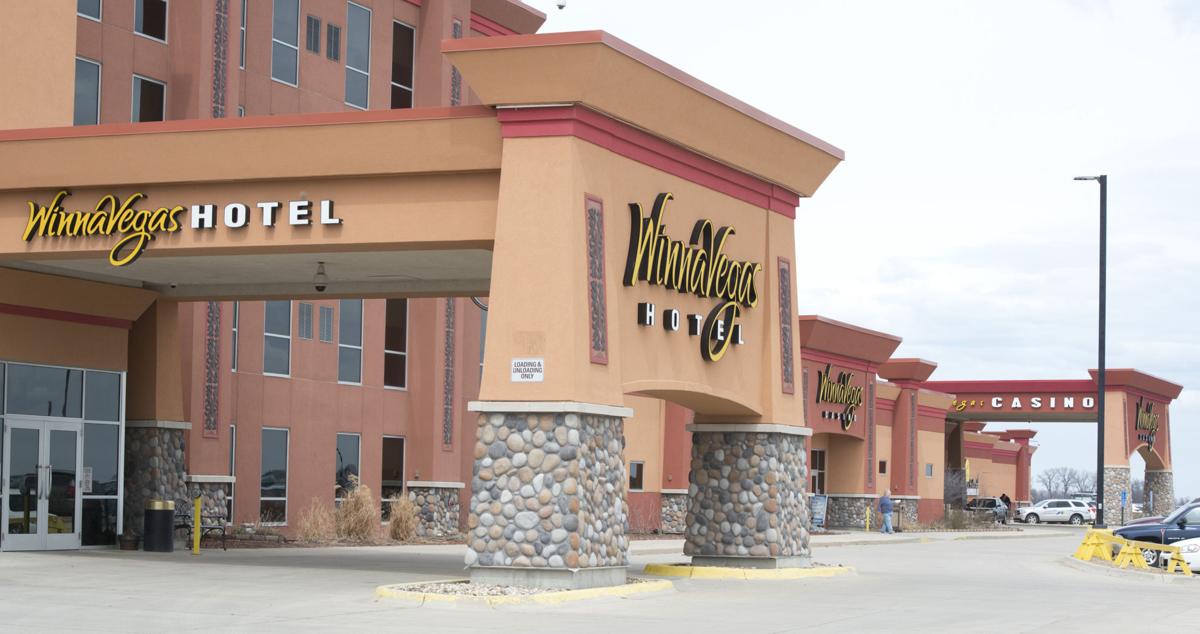 The WinnaVegas Casino and Resort in rural Sloan, Iowa, is shown. This year marks the 25th anniversary of the casino that is operated by the Winnebago Tribe of Nebraska. 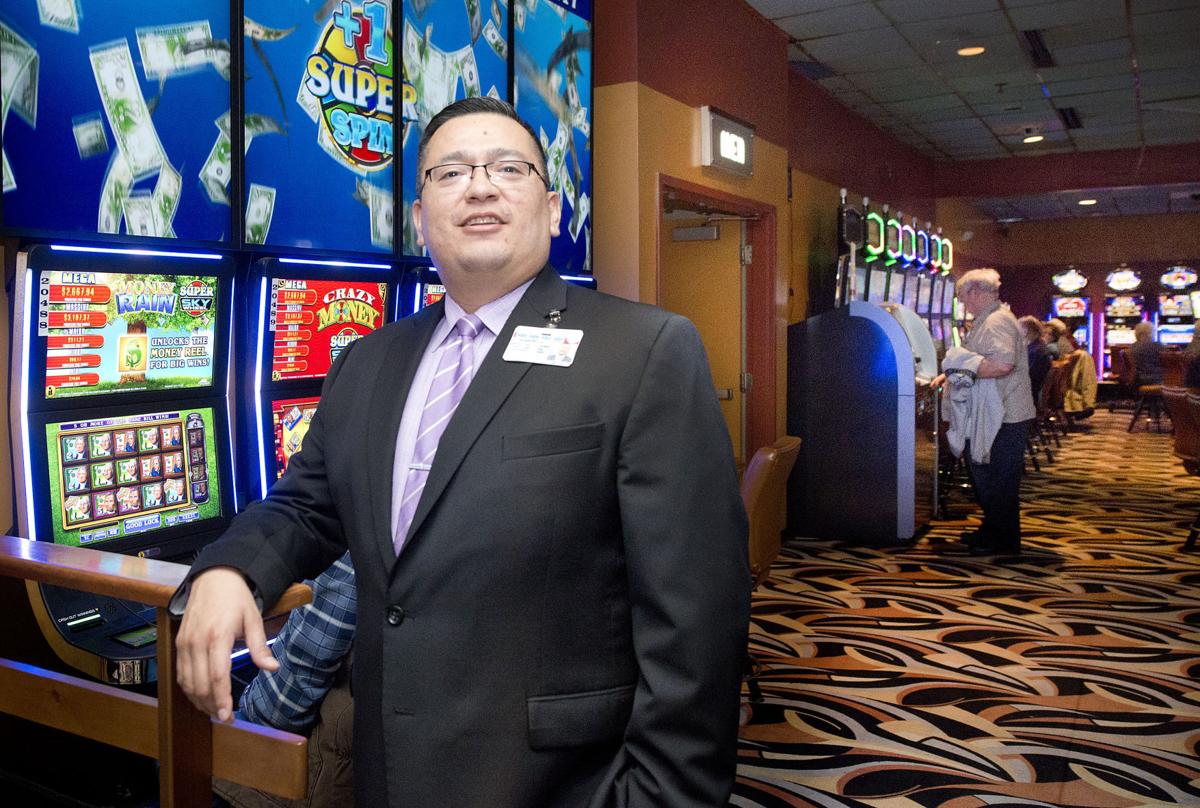 Mayan Beltran, general manager, is shown at a bank of gaming machines at WinnaVegas Casino and Resort in rural Sloan, Iowa. 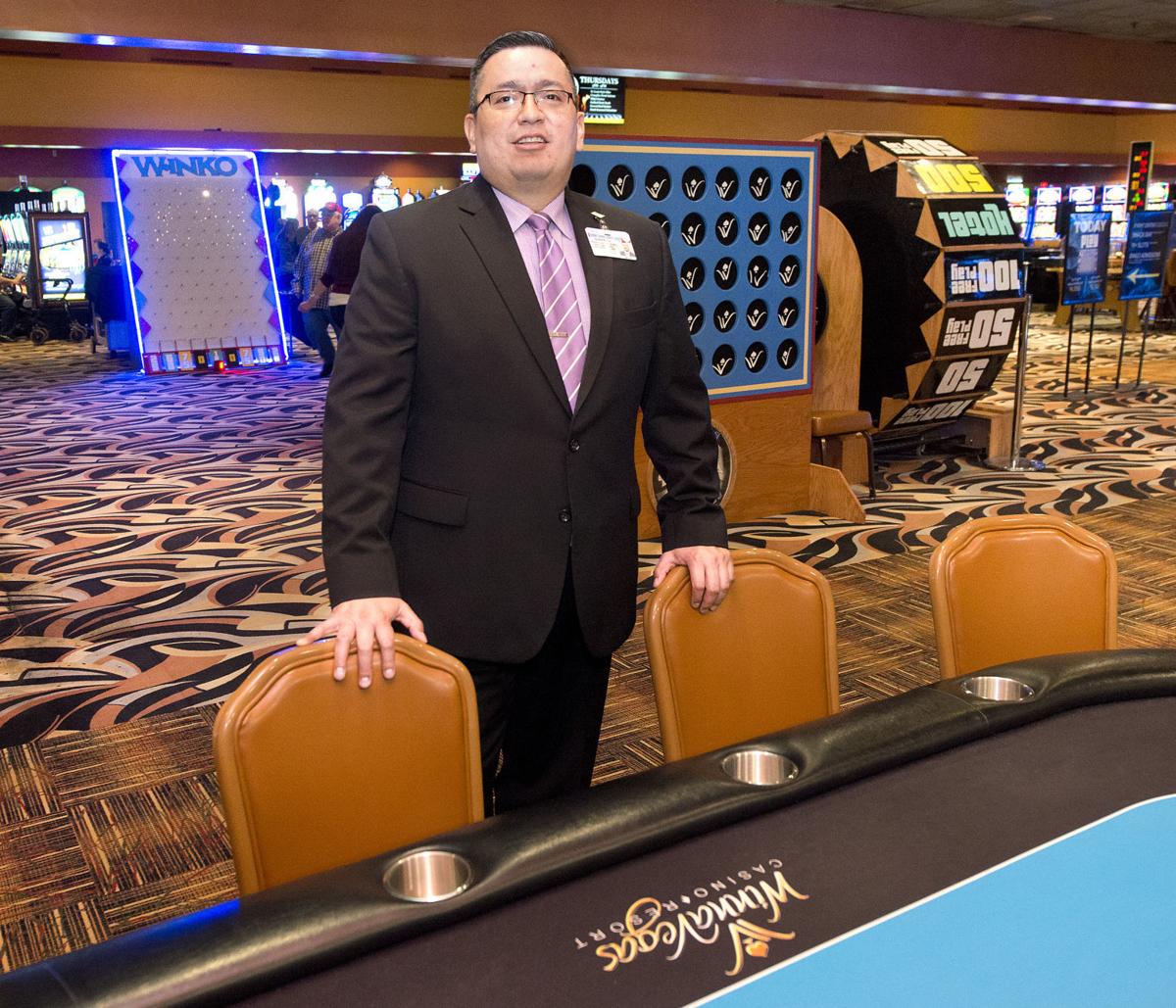 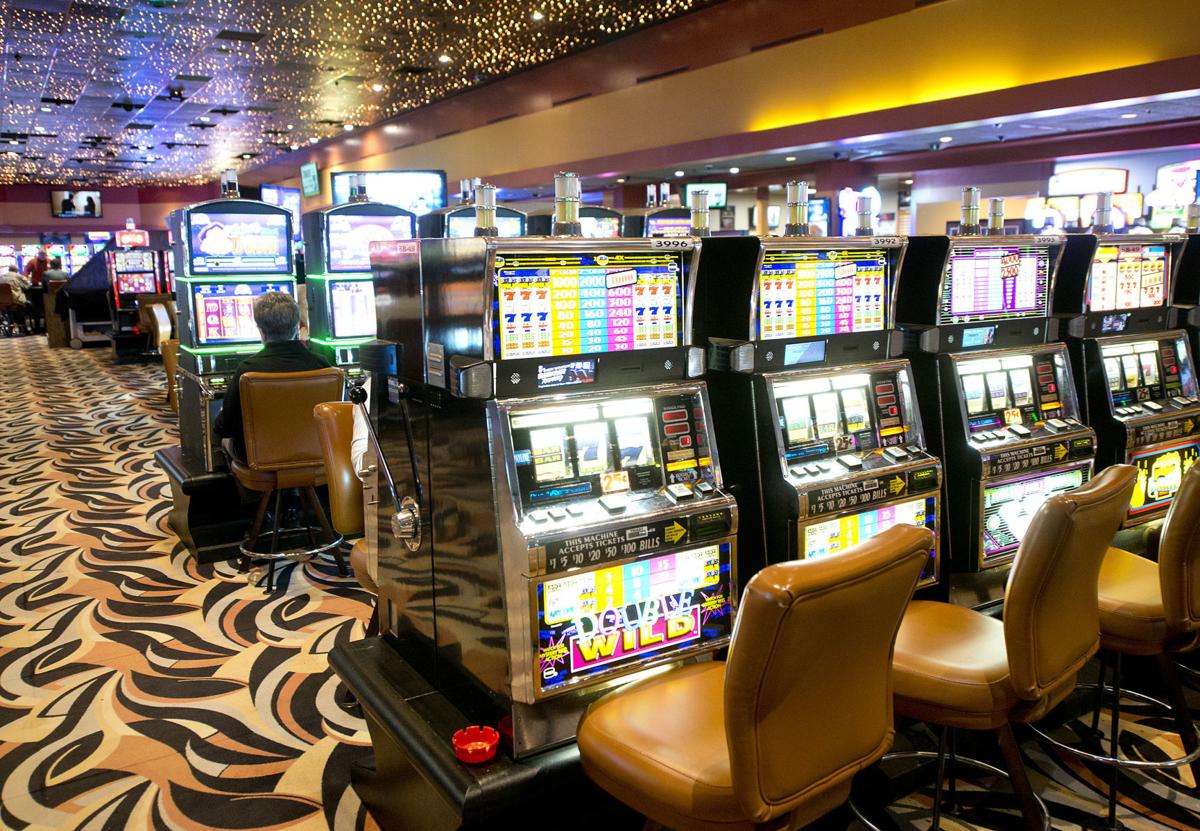 A casino floor in Iowa is shown in this 2017 photo.

SLOAN, Iowa -- Champagne was flowing as the sound of slot machines and applause filled the air inside of WinnaVegas Casino and Resort during a recent ceremony to commemorate the venue’s 25th anniversary.

Owned and operated by the Winnebago Tribe of Nebraska, the gambling oasis surrounded by cornfields on tribal land west of Sloan, Iowa, WinnaVegas opened its doors two-and-a-half decades ago while operating out of three connected prefabricated units and two mobile trailers.

“We’ve accomplished a lot in 25 years, and, we’ve actually accomplished a lot in five years,” Winnebago Tribal Council chairman Frank White told a crowd of revelers at a recent ribbon-cutting to mark the occasion. “This is only an example of what this nation can do — the Winnebago Tribe and the Ho-Chunk people — and it’s only going to get better.”

Bass had just been elected to his first term on the Winnebago Tribal Council and wanted to find a way to help his people, who were struggling financially. The then 39-year-old and four other tribal members were appointed to the tribe's newly formed gaming commission.

“We didn’t know anything about gaming,” said Bass, who is now the vice chair of the tribal council. “So we had to go find out about gaming because we wanted to do it. There were Indian casinos in existence in Minnesota and Wisconsin so we traveled over."

One of the casinos the commission visited was the Mystic Lake Casino Hotel near the Twin Cities, which stuck out in Bass' mind as a model for the Winnebago tribe to try and emulate someday. The sprawling facility is the largest casino in Minnesota, has 11 bars/restaurants, an RV park, a 600 room hotel, conference center, entertainment venue, an adjacent golf course and more than 150,000-square-feet of gaming space.

Mystic Lake and the other established casinos worked with the upstarts from Winnebago to develop standard operating procedures and other necessary documents to get WinnaVegas organized and up and running.

After about 18 months of work, which encompassed everything from working with local and federal gaming regulators to sending out request for proposals for management and financing, the casino opened in April 1992.

“I’ve never heard of a casino getting approval from beginning to opening in 18 months; it just doesn’t happen,” Bass said. “Some tribes have been waiting 20 years now to get gaming and they still don’t have it, but we’ve been very fortunate and very aggressive in our pursuit of gaming.”

In the beginning, due to lack of finance and experience managing gaming facility, Bass said they worked with an outside entity to get WinnaVegas going; however, the long-term goal was to eventually develop the management team from within the tribe.

The culmination of that goal is current WinnaVegas general Mayan Beltran, who started off as a card dealer in the casino’s original temporary location. An enrolled member of the tribe, Beltran has worked at WinnaVegas three different times in his life and returned in December 2014 to take on the GM role after spending several years working at various casinos across the country.

Beltran said he used those opportunities as a way to gain inside knowledge on how some of the most successful gaming facilities operate in order to bring those tidbits back to WinnaVegas and help the facility continue to prosper.

Over the years, diversifying its offerings and providing excellent customer service — staffers know regulars by their first name — is what has allowed WinnaVegas to remain an attractive option as other casinos have since opened in Council Bluffs and Sioux City.

"They got a casino right in downtown Sioux City, but many people still prefer to come here," Bass said. "I think we're doing as good as we can possibly do — there's always room for improvement — but I think we're doing pretty good."

In the last decade, WinnaVegas spent nearly $60 million on additions and renovations to the facility and there are more projects are in the works.

Without getting into specifics, Beltran said WinnaVegas will have some "major announcements for future development" coming up.  In the meantime, he noted there will multiple concerts from May-July with the acts to be announced later, an upcoming live CBS boxing card and more mixed martial arts fights.

With each new offering WinnaVegas adds, Bass thinks the casino gets closer and closer to the place he imagined it becoming all those years ago.

"We all dreamt for and had visions of a casino that's something like this," he said. "I'm very pleased, we're very proud of it, we try to keep it clean, we try to be good to our customers, we try to give back — we just do it right; you treat people right and they'll treat you right, right back and that's the way it should be."

WINNEBAGO, Neb. | A factory on the Winnebago Tribe's reservation, bordering a corn field, churns out products from a much different cash crop.

The WinnaVegas Casino and Resort in rural Sloan, Iowa, is shown. This year marks the 25th anniversary of the casino that is operated by the Winnebago Tribe of Nebraska.

Mayan Beltran, general manager, is shown at a bank of gaming machines at WinnaVegas Casino and Resort in rural Sloan, Iowa.

A casino floor in Iowa is shown in this 2017 photo.