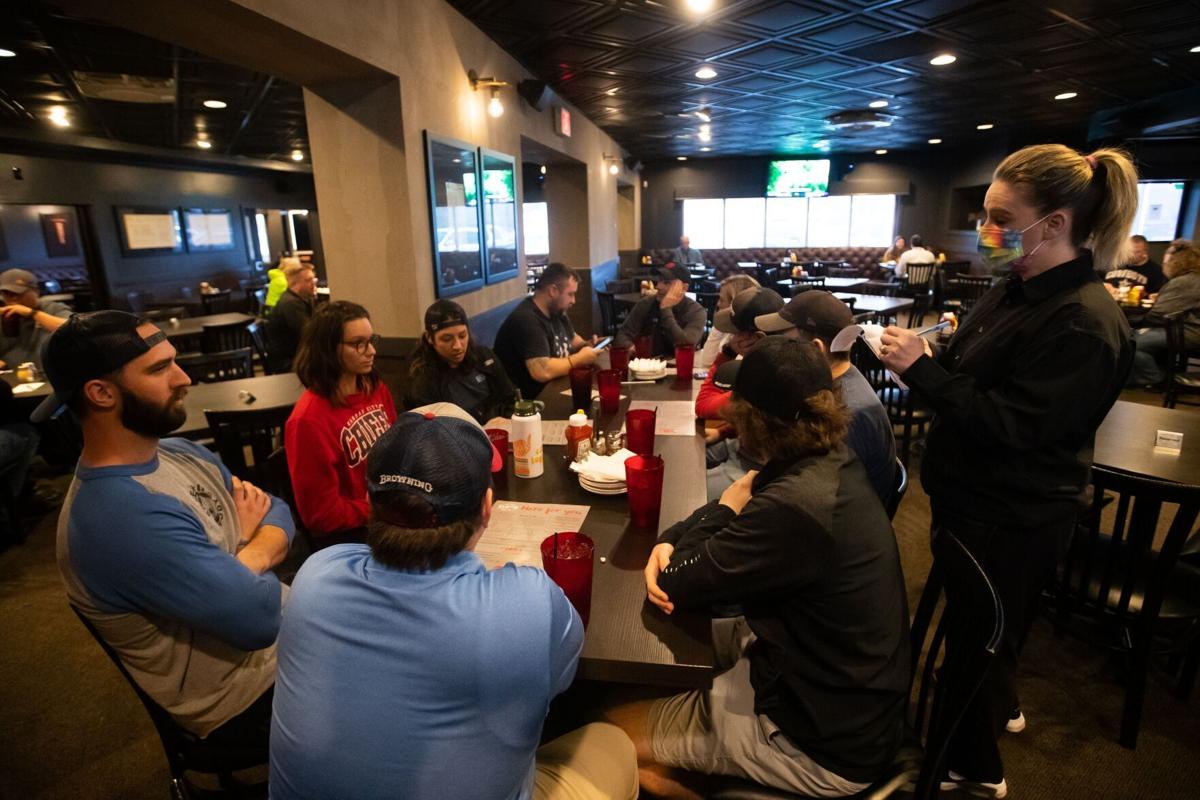 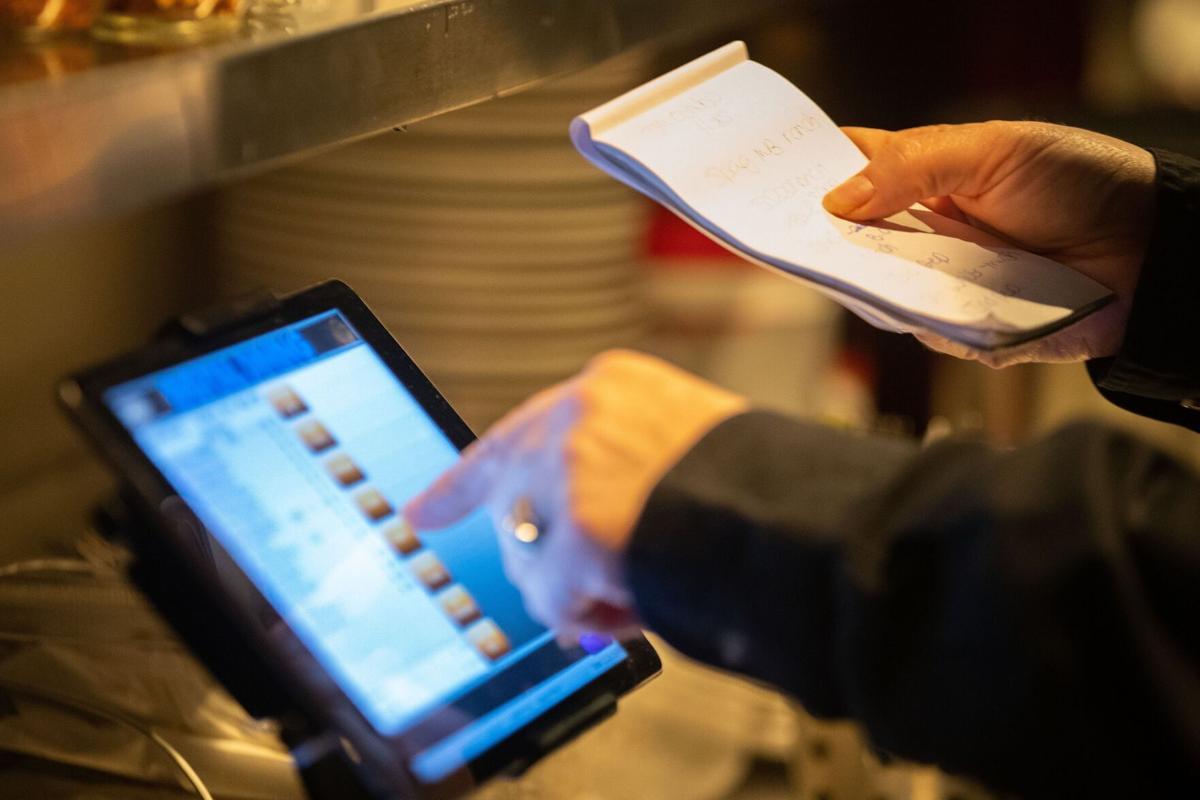 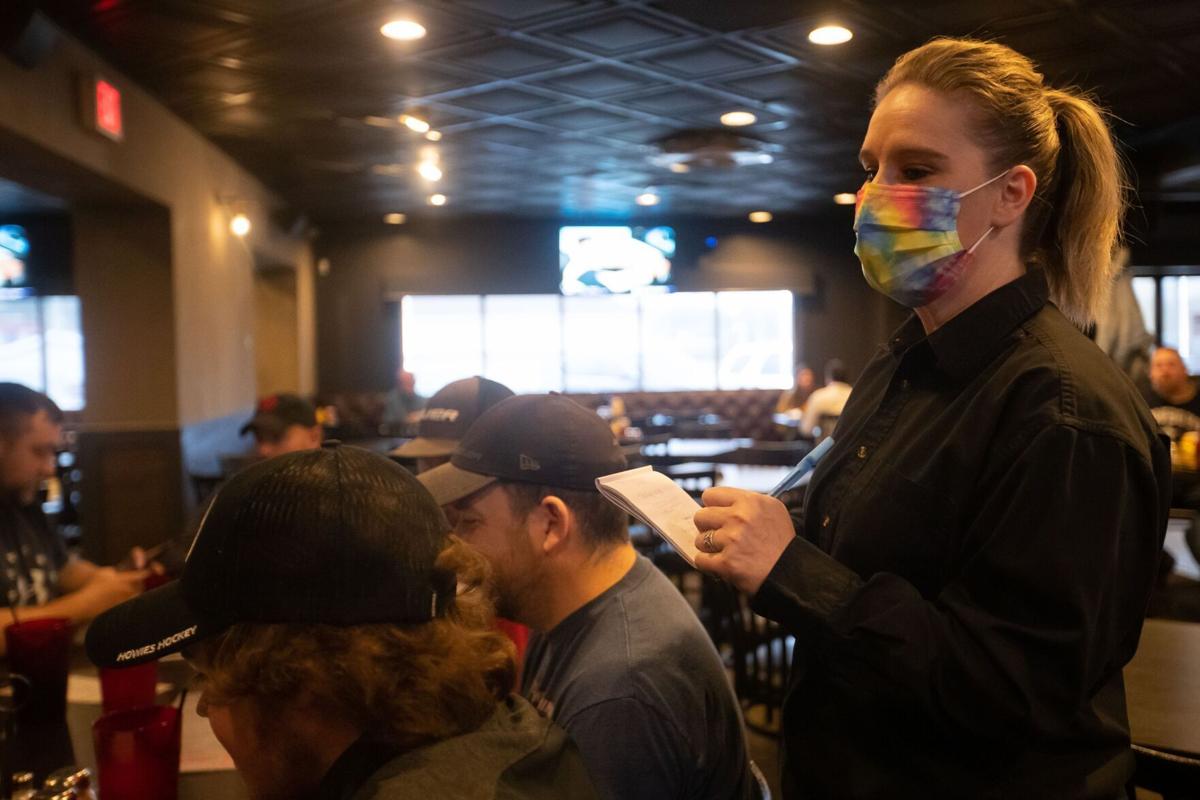 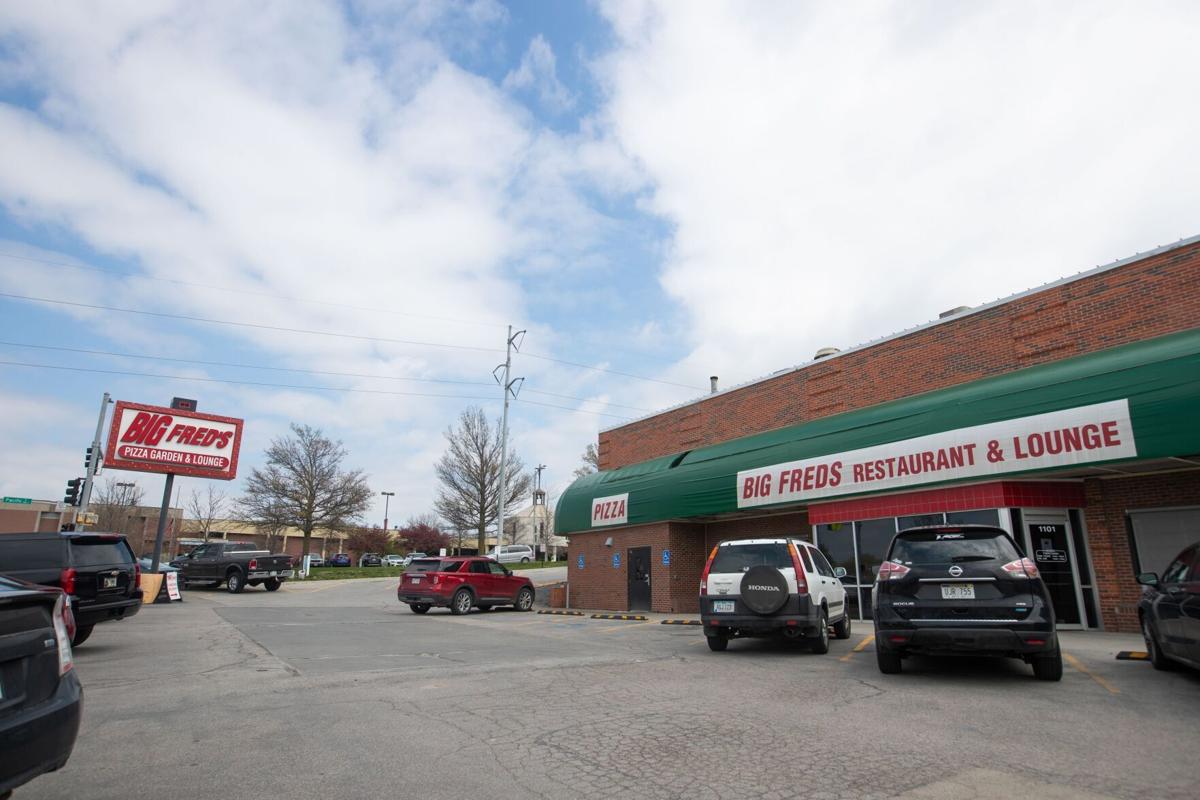 Big Fred's now closes earlier in the evening than it did before the pandemic. 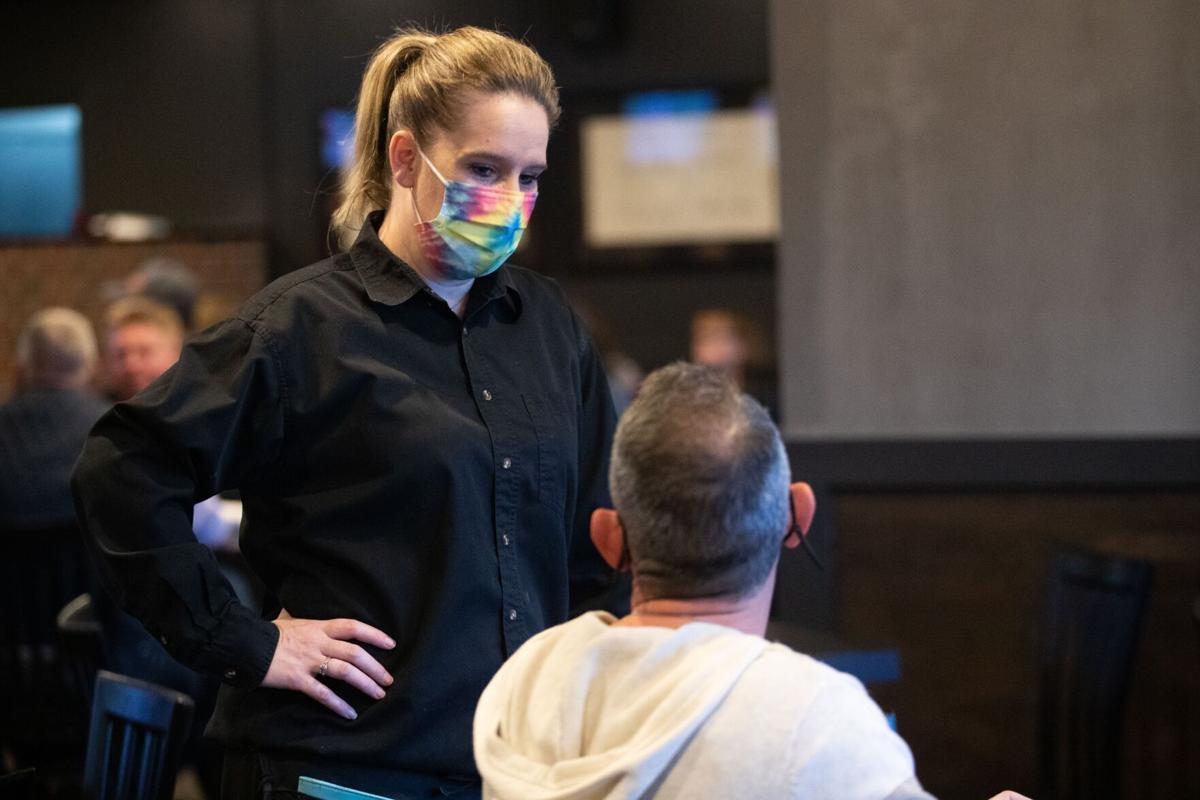 Waitress Traci Rolfe checks in with a customer at Big Fred's on Friday.

A former Donut Professor shop was recently renovated to become SpudNutz, modeled after a popular spot at Lake Okoboji.

Fryers and dough mixers were poised to make pastries. Sparkling display cases were waiting to hold them. A sign was out front, creating buzz among many Omahans who spend part of their summers at the northern Iowa lake.

One thing was missing, however.

On Sunday, after an eight-week quest for labor, he had news for fans of doughnuts made with potato flour.

SpudNutz, he said, is opening on Thursday.

That’s a happy outcome for one restaurant owner, but it’s not the end of the story. Cutchall and his peers in Nebraska and Omaha will continue to have the same problem. As COVID-19 eases, there’s a major shortage of workers, not only for the reemerging food service industry but for other sectors as well.

Cutchall, whose management company operates more than 40 restaurants in Omaha, Arizona and Dallas, said it has been a challenge to find skilled restaurant employees in Nebraska for a number of years, but he’s never seen anything like this.

“It’s at an extreme level right now,” he said.

Restaurateurs believe a variety of things are behind their inability to hire and retain employees, and, with industry experts, most agree that the shortage will last at least until the end of the year.

Low unemployment rates certainly are a factor. Nebraska’s was the lowest in the U.S. in March, tied at 2.9% with South Dakota, Utah and Vermont. Overall, the nation’s rate dropped to 6% last month.

That’s happening as many owners and managers say their crowds and revenues are starting to edge closer to pre-pandemic levels.

Zoe Olson, executive director of the Nebraska Restaurant Association, said other elements such as unemployment benefits and remote learning for college students are having an impact as well.

She has talked with numerous owners who are struggling with workforce issues. Among their stories:

A Norfolk owner lost all his staff on one day after a new manufacturer moved in and offered hiring bonuses.

Several places rely on college-age workers who moved home to save money when classes went virtual, leaving the community in which they had jobs.

The owner of a Brazilian steakhouse in Lincoln lost employees not only when college students went home, but also when a number of workers from Brazil couldn’t go back to their country during the pandemic to renew work visas.

One restaurant owner stole a chef away from another without any notice. In normal times, owners tell each other if they are considering such a move.

Olson and other Omaha owners said enhanced unemployment benefits also could be a factor.

It’s now common for restaurant operators to set up meetings with prospective workers who then blow off an interview or their first day on the job, they say.

“That is a totally new ordeal that’s really hard to explain,” said Philip Murante, owner of Big Fred’s Pizza Garden and Lounge near 120th and Pacific Streets. “The run-of-the-mill explanation is that they are doing it because they are on unemployment and they need to show they’re applying.”

Without adequate staff, restaurateurs are shaving hours of operation, moving seats so fewer tables are available and even closing off rooms.

On April 16, the operator of all Famous Dave’s barbecue restaurants in Nebraska — one in Lincoln, one in Omaha and one in Bellevue — announced on Facebook that each would be closed on Monday for the next four weeks.

“We thank you for the chance to rest and reset,” the post said.

At Big Fred’s, Murante said, tables remain distanced even though COVID-19 rules have been lifted.

“There are not enough servers to cover 60 tables,” he said.

Big Fred’s currently could use four servers and five cook staff. Before the pandemic, Murante said, he employed 75 people. Now he has 55; 62 would be ideal.

Cutchall said his group usually employs about 1,000 people and “we could easily hire 100 right now if we could find them.”

Owners and managers also are working the floor and the kitchen.

Those tasks include making pizzas and other house-made specialties. That leaves little time for administrative duties.

Jesse said she’s also affected by other labor shortages, such as a dearth of drivers who deliver produce and other items.

Owners are trying everything they can to attract and keep talent, including signing bonuses for those who pass a 30- or 60-day milestone, incentives for current staffers who recruit a stable employee, the use of a staffing service and scores of posts across social media and job sites.

You can even apply for a job on the Big Fred’s website, Murante said.

Salaries also are an issue.

“We adjusted the pay scale because we know the market is pushing us to be able to pay more per hour and probably will again,” Jesse said.

Olson, of the Nebraska Restaurant Association, said her group has been advocating for a long-term solution to labor shortages for several years.

Nebraska never will be in a position to have a huge workforce because its population is relatively small, she said.

So she has been attempting to meet with Nebraska’s representatives in Congress and the Senate about the need for new immigration policies. So far, busy schedules have resulted in only one meeting, with Sen. Ben Sasse.

“Immigration reform has to happen,” she said. “It’s not just building a wall at the border. We need common-sense policies where documented workers can work in the U.S.”

It’s not lost on any of the owners that good news about revenue partly fuels their labor crisis.

Both Murante and Cutchall said revenues are beginning to resemble those from early last year, before COVID-19 shut everything down for a while. Cutchall says most of his restaurants are back to 90% of pre-pandemic sales, while Murante said it’s closer to 95% at Big Fred’s.

Olson said she didn’t have data on revenue statewide. The National Restaurant Association takes a monthly survey of owners in each state, but not enough Nebraskans responded to the current questionnaire to produce adequate data.

“That is indicative of restaurant owners who don’t have time to do one more thing,” she said.

Better financials are encouraging, but they don’t dull the sting of what appears to be a protracted labor crisis. In one way, it makes the problem even more vexing, because owners must continue to provide excellent customer service or the bottom line eventually will suffer again.

Olson said some national experts predict the shortage will start to ease in 2022, but she’s not so sure.

To her, one indicator is the fact that the feds recently gave restaurants an extra year and three months to repay grants that were to expire at the end of this year.

“The federal government knows that it won’t end soon,” she said. “2021 is not going to be stellar for our industry.”

15 great places for food in Nebraska

Building your credit: Myths and reality

Also, check out more of this week's best personal finance tips from experts, including a look at what's new for Medicare open enrollment.

From what beneficiaries receive monthly to what workers could owe in payroll tax, big changes are on the way for America's top retirement program.

The $600-a-week federal unemployment benefit helped Nebraska keep its personal income at levels that would have been expected had there been no pandemic.

As Nebraska deals with labor shortage, companies get creative in filling jobs

OMAHA -- Andrew Tauzier has always wanted to be a welder.

How to get the best Walmart Black Friday 2021 deals

Walmart is rolling out three sales events with its second annual "Black Friday Deals for Days."

Here are the improvements that have been made so far. Also, check out more of the week's best money tips from experts.

Gas prices rising across the country, but Nebraska drivers faring better than most

Bitcoin and the world of cryptocurrencies, explained

Bitcoin surged above $66,000 for the first time on Wednesday. But what is Bitcoin? Here are answers to 10 of the most pressing questions many people have about cryptocurrencies. 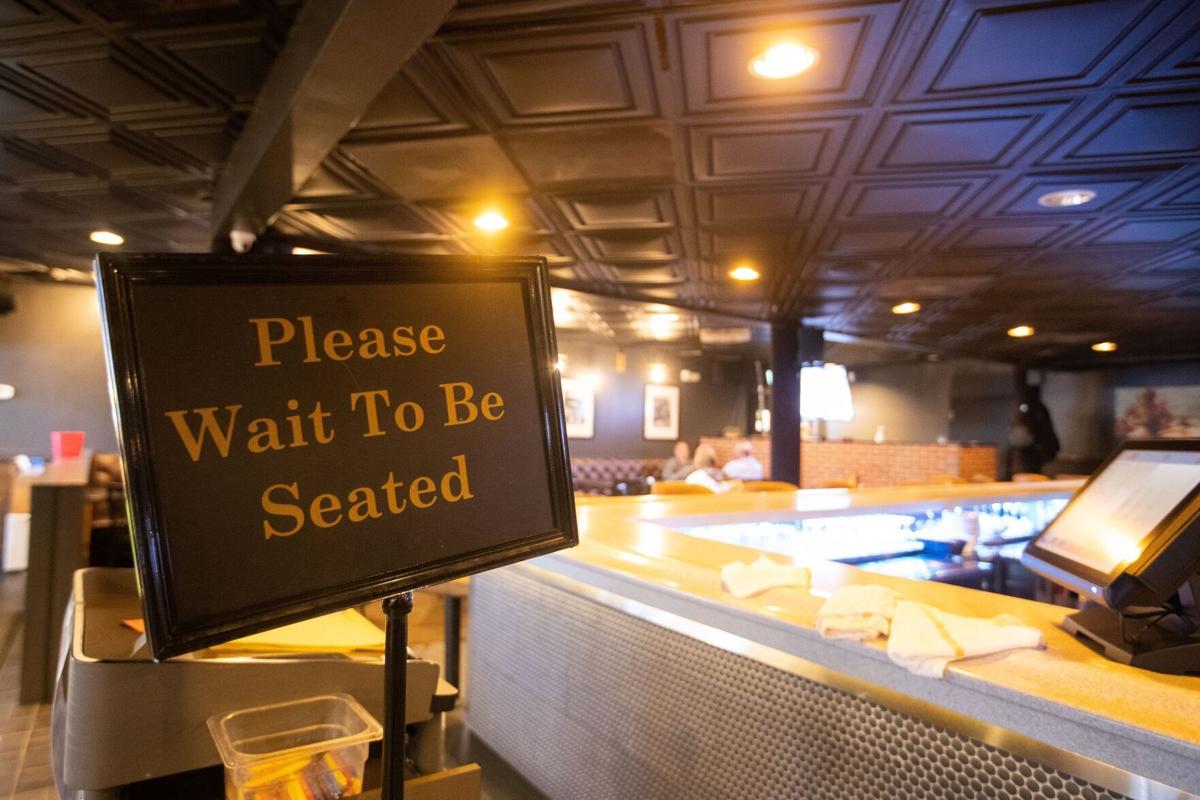 Big Fred’s isn’t up to its full seating capacity because it doesn’t have enough servers to cover 60 tables, owner Philip Murante said. 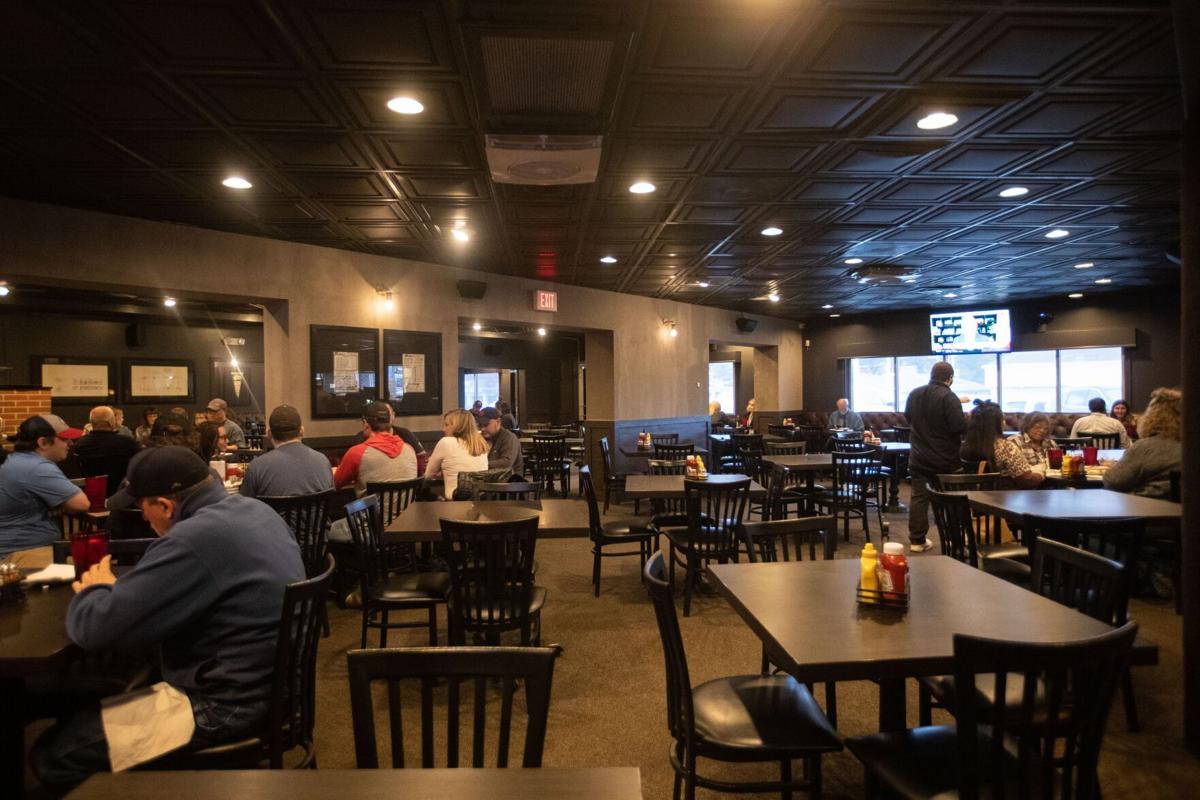 Big Fred’s Pizza Garden and Lounge near 120th and Pacific Streets is one of many restaurants affected by a shortage of workers. Most restaurateurs think the labor crisis will last at least until the end of the year.

Big Fred's now closes earlier in the evening than it did before the pandemic.

Waitress Traci Rolfe checks in with a customer at Big Fred's on Friday. 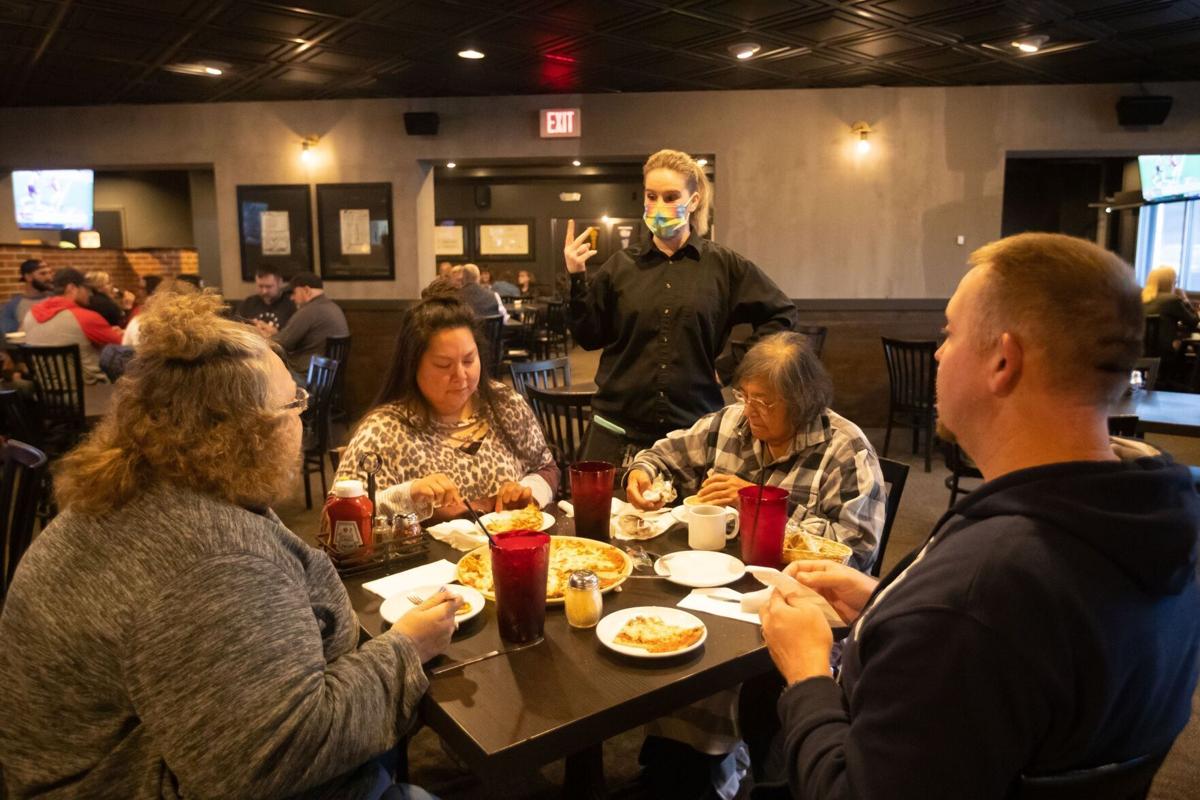 Waitress Traci Rolfe checks in with a table at Big Fred's Pizza Garden and Lounge. Managers and owners also are working in kitchens and dining rooms across the city, doing tasks they don't normally do, because of a labor shortage.