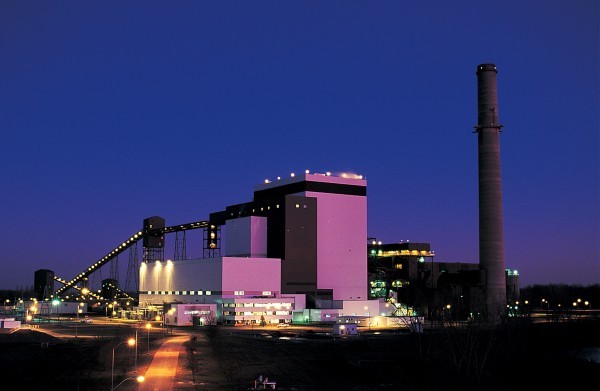 A MidAmerican Energy Co. plant in Port Neal is shown. A Sioux Falls company plans to buy ash byproduct from the utility. 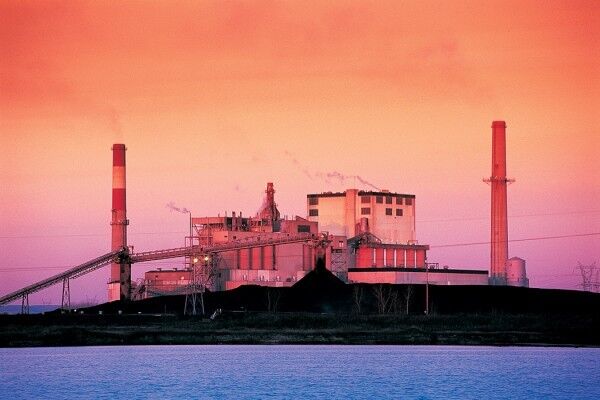 When complete, the upgrades will reduce emissions of mercury, sulfur dioxide, nitrogen oxides and particulate matter, allowing the coal-fired plants to meet new U.S. Environmental Protection Agency rules scheduled to take effect in 2015. The EPA set new limits for the emissions, which the agency says contribute to health problems and cause haze in the air.

ECONOMY TO GET MAJOR JOLT

The highly-specialized work at the George Neal Energy Center Units 3 and 4 is expected to pump millions of dollars into the local economy.

The influx is expected to create an additional demand for hotel rooms, apartments and other temporary housing. The out-of-town contractors and workers also will spend money at a host of local businesses, from meals at restaurants to merchandise at retail shops.

“The environmental projects MidAmerican Energy has undertaken at Port Neal will provide a significant boost to our Siouxland economy for the next couple of years," Siouxland Chamber of Commerce President Chris McGowan said. "The two multi-million dollar developments will employ several hundred people and provide local subcontractors with additional opportunities for work."

Some of the MidAmerican construction will occur at the same time as another mega project at Port Neal, a heavy industrial area along the Missouri River, just south of Sioux City. Between 1,500 and 2,000 construction workers will be needed for the $1.7 billion expansion of CF Industries' nitrogen fertilizer complex. That project, the single-largest capital investment in Iowa history, is scheduled for completion in 2016.

There will be some overlap of the two projects, Potthoff said, with construction at Unit 4 set for completion on the fall of 2013, and Unit 3 for the spring of 2014. Unit 3 is part of the Neal North plant near Sergeant Bluff, while Unit 4 is part of the Neal South plant closer to Salix.

MidAmerican, Iowa's largest utility, owns all the generating capacity at Neal North's Units 1 and 2, and the largest portion at Units 3 and 4, which is co-owned by some other utilities. Between the two plants, MidAmerican has the capacity to generate a total of 1,074 megawatts of electricity, or enough to power several hundred thousand homes.

In a regulatory filing, MidAmerican, said it expects to invest $180 million on emissions reductions at Units 3 and 4 through 2012. The company expects additional expenses to accumulate as the project continues, Potthoff said in an email.

The upgrades will cut emissions of sulfur dioxide (SO2) by at least 3,800 and 4,700 tons per year at Neal 3 and 4, respectively. Emissions of nitrous oxides (NOx) will be cut by 18 tons and 16 tons, while mercury emissions will fall by 140 and 180 pounds annually.

Emissions of nitrogen oxides at both units will be regulated through selective non-catalytic reduction, which will inject liquid urea into the boiler, where it's converted to ammonia and reacts with nitrogen oxides to create nitrogen and water, Potthoff said in an email. The control will provide an additional 15 percent reduction in emissions to reductions already provided by each unit’s low-NOx burners and over-fire air system.

Sulfur dioxide emissions will be reduced with the flue gas desulfurization system, or scrubber, which sprays a lime reagent into the flue gas stream, according to Potthoff's email. The flue gas and reagent form a dry byproduct, which is collected in the downstream baghouse or recycled in the system to improve reagent utilization.

The scrubber will remove about 90 percent of sulfur dioxide from each unit’s emissions, and will also control emissions of sulfuric acid mist, total reduced sulfur compounds, hydrochloric acid and hydrogen fluoride, according to the email.

The baghouse will have a design removal efficiency of at least 99 percent.

The plant upgrades, which finished, are not expected to impact employment at Neal North of South, where MidAmerican employs more than 230 people.

The EPA's Mercury and Air Toxics Standard, or MATS, gives fossil fuel-fired generating units with a capacity greater than 25 megawatts, until April 2015 to limit emissions of toxic air pollutants by the average of the top 12 percent best controlled sources, according to the agency's website.

Rather than install expensive scrubbers and other new controls, some U.S. utilities have announced plans to close aging coal-fired plants.

Like other utilities, MidAmerican has expressed concerns about additional EPA regulations in the pipeline, particularly new emission controls on carbon dixoide and other greenhouse gases.

"The EPA is moving forward with numerous regulations that will require significant investments in MidAmerican Energy's generating facilities or identification of alternative methods of compliance," Potthoff said in the email. "Even without climate change regulation, the (EPA) is pursuing a series of regulations that cumulatively could result in making it infeasible or at least uneconomical to continue operation of some coal-fueled generation," Potthoff said in an email. "Such regulations are an important factor in why MidAmerican is assessing the viability of other forms of generation."

Over the last decade, MidAmerican has steadily added wind generation, including several turbine farms in western Iowa. The diversification has reduced coal to 3,381 megawatts, or 45 percent of the utility's total generation of 7,432 megawatts in 2012. Wind's share has increased to 30 percent, or 2,285 megawatts. The remainder includes natural gas/oil, 18 percent, or 1,323 megawatts and nuclear, and 6 percent or 440 megawatts.

A proposed strategy to reduce water pollution from Iowa's farms, cities and industrial plants has many Northwest Iowans watching to see what it will mean for agriculture – though critics say the guidelines are too weak to be effective.

MidAmerican Energy Co. announced plans Wednesday to add 656 new wind turbines that will generate as much as 1,050 megawatts of power in Iowa by the end of 2015 – a project that Gov. Terry Branstad said represents the largest economic development investment in state history.

A Sioux Falls company plans to use ash from a Sioux City power plant for use in concrete. Between $3 million and $5 million will be invested locally.

Scores of workers, drawn to metro Sioux City by good-paying jobs in construction and other industries, are having a tough time finding a place to live.

Some want to keep costly dikes, levees after flood

SIOUX CITY -- Many businesses, industries and government entities that built costly levees and dikes to safeguard their buildings against this…

DAKOTA DUNES -- MidAmerican Energy on Tuesday finished cutting power to some 450 Dakota Dunes customers who fled ahead of the rising Missouri River.

A MidAmerican Energy Co. plant in Port Neal is shown. A Sioux Falls company plans to buy ash byproduct from the utility.