ELK POINT, S.D. | More than 60 percent of people who watched an ABC news broadcast about Beef Products Inc.'s Lean Finely Textured Beef believed from the report that the product was not beef.

A marketing expert hired by BPI's lawyers also found in separate surveys that, after being shown either the March 7, 2012, or March 8, 2012, story that ABC broadcast about LFTB, 32 percent perceived it was not safe, 52 percent thought it had no nutritional value and 31 percent believed BPI improperly obtained federal approval for the product.

"I think there's a strong, very clear conclusion ... that viewers are highly likely to get the implication that LFTB is not safe," said Kivetz, who testified all of Tuesday in the second day of Dakota Dunes-based BPI's $1.9 billion defamation lawsuit against ABC and correspondent Jim Avila, who reported many of ABC's stories about LFTB in March and April 2012.

BPI has sued ABC and Avila in Union County Circuit Court, claiming that ABC's repeated use of the term "pink slime" in reference to LFTB, which was mixed and sold with ground beef nationwide, caused a backlash against the product, costing the business millions of dollars in sales and leading to the closure of three of its four plants. BPI hopes to prove that ABC knowingly used false information in its stories about LFTB and interfered with its business relationships with its customers. If BPI wins at trial, its $1.9 billion claim could be tripled to $5.7 billion under provisions of South Dakota's Agricultural Food Product Disparagement Act. The company also plans to request punitive damages.

Conducted in 2015, the surveys, which included more than 1,600 respondents, found that 2 percent believed LFTB was beef, 4.2 percent said they thought it was safe and 1 percent believed it was nutritious. No one responded that they believed BPI properly obtained U.S. Department of Agriculture approval for LFTB.

ABC attorney Dane Butswinkas questioned Kivetz's survey methods, indicating some of the questions may have purposely led respondents to give negative answers. He said that when studying just the results to open-ended questions that asked merely what message the broadcasts sent, only 4 percent of respondents said LFTB was not beef and only 6 percent said it was unsafe. Butswinkas also was critical that only the March 7 and March 8 stories were shown to participants and not other stories that mentioned several times that LFTB was safe.

"In the safety survey, you didn't show participants any of the ABC reports that said it was safe to eat?" Butswinkas asked.

"I showed them the March 7 video," Kivetz said.

"You were aware when you showed the March 7 report there were other reports?" Butswinkas said.

"I showed the reports I thought were appropriate for this case," Kivetz said.

Kivetz, who spent seven hours on the witness stand, reviewed with jurors 12 broadcast stories ABC reported on LFTB. Kivetz counted more than 350 times that the term "pink slime" was used in those stories that were shown on television, reprinted on the network's website or referred to in social media posts and reached millions of viewers and readers.

Constant use of the "pink slime" term basically rebranded the product, Kivetz said.

"When you refer to the product repeatedly as 'pink slime' you're creating a negative frame of the product," Kivetz said.

SIOUX CITY | Officers from the Sioux City Police Department's traffic-enforcement unit will be patrolling for speeders in two areas Thursday:

WINNEBAGO, Neb. | Trees and brush continued to burn Wednesday after firefighters spent the night battling a wildfire that covered a 2.3-acre a…

ELK POINT, S.D. | Lean Finely Textured Beef has similar nutritional value as ground beef and could be more nutritious for some consumers, a be…

Amid major trial, business as usual in Union County Courthouse

ELK POINT, S.D. | Remember when you were little and needed a shot at the doctor's office? 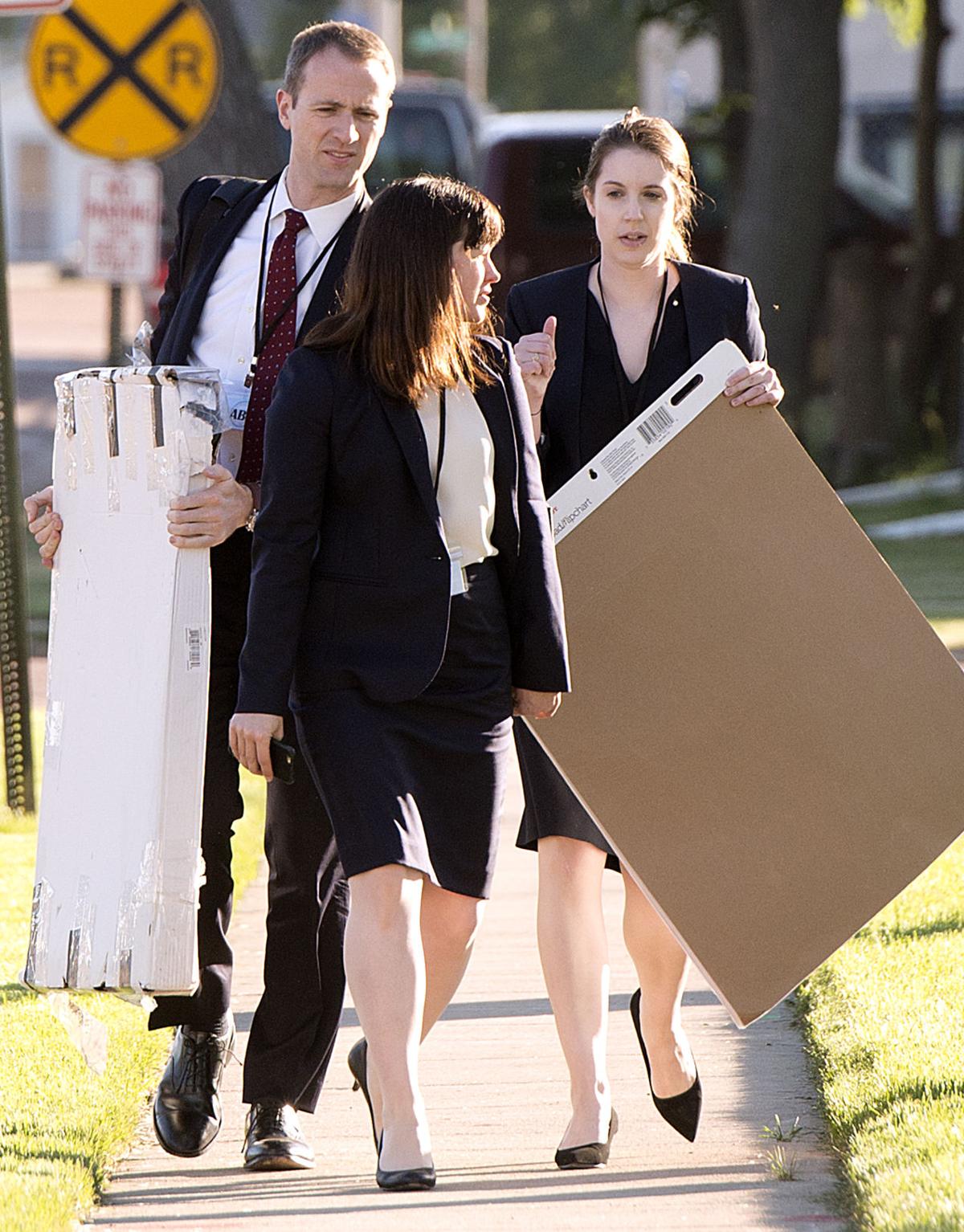 Members of ABC's legal team bring materials into the Union County Courthouse June 5 for the first day of BPI's trial in its $1.9 billion defamation lawsuit against ABC and correspondent Jim Avila. BPI and ABC settled the suit out of court Wednesday morning.