Thanks for reading! Log in to continue.
Enjoy more articles by logging in or creating a free account. No credit card required.
Log in Sign up Become a Member
You have permission to edit this article.
Edit

OMAHA, Neb. — When Shereef Mitchell laced up to take the court for one-on-one workouts with Antwann Jones this summer, he knew there’d be a point where his patience would be tested.

That’s how it often goes with the two buddies.

They bonded a year ago as newcomers to Creighton’s program. There were dinners at Mitchell’s house. Trips to the barbershop. Battles in drills.

Jones is the boisterous talker, the constant motivator — and he knows how to push Mitchell’s buttons. Mitchell tends to be more reserved, until challenged.

And in an empty gym during a summer of quarantine, Mitchell wasn’t going to shy away. That is how you improve, he said. And the Omaha Burke graduate desperately wants to improve.

“We get into it. We argue a lot. But that’s what comes with both being competitors,” Mitchell said. “We’re trying to get better and trying to be prepared to work. Twann’s really helped me a lot. That’s a brotherhood that’ll always be there with me.”

They are also the two contributors on an experienced roster most likely to get overlooked by the national analysts who’ll soon be producing previews of the upcoming season.

The NCAA is expected to decide Wednesday on an official start date for the 2020-21 campaign. That announcement will prompt teams to confirm their nonconference scheduling agreements and accelerate plans for league play — and it’ll allow the hype to build for talented teams like Creighton.

The Bluejays are a sure preseason Top 25 squad that will return projected All-American Marcus Zegarowski, three other starters and Big East sixth man of the year Denzel Mahoney. You’ll hear plenty about that.

But what’s under the radar is the impact of Jones and Mitchell.

Mitchell is the sophomore-to-be who can change a game with his on-ball defense. Jones is the transfer whose versatile offensive skills will blend into CU’s positionless system.

How Mitchell and Jones perform — particularly after Ty-Shon Alexander’s decision to turn pro — will go a long way in determining whether Creighton can replicate last season’s success, when it finished as a co-champion in the Big East and No. 7 in the final AP poll.

And those two know that. That’s why they quarantined for 14 days to gain access to Creighton’s practice gym in July, so they could challenge one another on the court.

“He’s all heart — all hard work and all heart,” Jones said of Mitchell. “You can’t do nothing but admire that.”

Jones takes pride in showcasing those traits, too.

He spent the early portion of the summer reshaping his 6-foot-6 frame. He’d slimmed down to 214 pounds by mid-August but hopes to settle in around 220 once the season begins. He said he was at the gym by 8 a.m., aiming to increase his vertical jump and lateral quickness.

He also tested himself against some elite talents back home in Orlando. There was a workout with Boston Celtics star Jayson Tatum. Jones took the floor for runs with former Kansas State guard Barry Brown and former Wofford star Fletcher Magee.

“I’ve just been working,” Jones said. “Trying to stay real humble and real hungry. … That (sit-out) year was long for me, but I’m ready to show people all the work I’ve been putting in.”

Mitchell’s mentality was similar this offseason.

He found his way to a gym about a week after last season was canceled in March. He knew then what his first priority would be — his jumper.

Mitchell made 1 of his 12 3-point attempts during his first collegiate season. The CU staff and players encouraged him to remain patient, but his confidence waned.

And he’d prefer not to experience that again.

So he analyzed his shooting mechanics. He watched film. Then he logged as many reps as he could, focusing mostly on his hand placement and his footwork. He made sure to hit the weights, too.

“I just have the mindset to keep working and be ready to play a bigger role than I did last year,” Mitchell said.

The opportunity will be there, for Mitchell and Jones. They’ll make sure each other is ready.

CREIGHTON HEADS NORTH: Creighton’s Thanksgiving-week trip to the Bahamas has reportedly been canceled.

The Jays will instead head to South Dakota for their marquee hoops event.

CU is one of eight teams signed on to compete in the Battle 4 Atlantis tournament this year. Duke, Memphis, Ohio State, Texas A&M, Utah, West Virginia and Wichita State are the others.

But due to the coronavirus pandemic, the event will be moved from an island resort to the Sanford Pentagon in Sioux Falls, South Dakota, according to CBS Sports’ Jon Rothstein.

Stadium’s Jeff Goodman tweeted Monday that the original dates for the tournament would remain the same. The event is scheduled to be played Nov. 25-27. Each team is set to play three games.

Investigators found text messages about prescription pills between the employee and a minor student, who at one point said he wouldn't sell pills without a service fee, determined to be "something of a sexual nature," according to court documents.

OTHER VOICES: During pandemic, Iowans are experiencing a form of bullying

As the scourge of COVID-19 ravages the country and the world, I’ve watched our Iowa cases spike drastically. We have over 20,000 new cases in …

Officials said Barefoot Bar on four separate days in August failed to ensure at least six feet of physical distance between each group or individual dining or drinking alone and did not meet other health guidelines.

SIOUX CITY -- The 2020 East High School homecoming week is underway, and among the week's events, Carter Vanderloo, a son of Jody and Jim Vand…

SIOUX CITY -- The number of patients hospitalized in Sioux City for COVID-19 has crept up steadily this month, and the number of new infection… 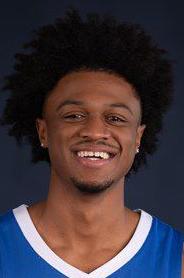 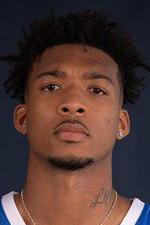