Chris Sorensen of Sioux City walks outside his camper Friday at Snyder Bend Park in rural Salix, Iowa. Woodbury County opened its campgrounds Thursday in time for the Memorial Day holiday, but with COVID-19-related restrictions. They include allowing only self-contained campers and limiting camp site capacity to 50 percent.

A closed camp site is shown Friday at Snyder Bend Park in rural Salix, Iowa. Woodbury County reopened its parks for camping Thursday, but with only half of camp sites available due to the COVID-19 pandemic.

SIOUX CITY -- As Woodbury County campgrounds opened for the season Thursday, campers quickly staked out the reduced number of spots with hookups.

Due to the COVID-19 pandemic, all of the county's campgrounds are currently limited to 50 percent capacity. And no groups larger than 10 at a campsite are permitted. 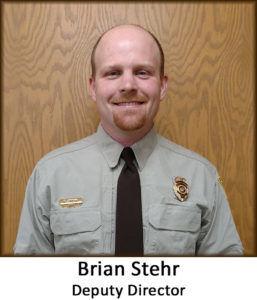 By mid-day Friday, some spots remained at Southwood Conservation Area and Fowler Forest Preserve near Smithland.

The county campgrounds, which normally open on May 1, reopened, with restrictions, in time for the Memorial Day weekend.

Under other restrictions, no tents are allowed, and restrooms and shower facilities, cabins, enclosed shelters and playgrounds are closed. Cabin and shelter reservations are suspended and refunds will be given.

Restrictions in the parks will be enforced by park law enforcement staff, director Dan Heissel said earlier this month. 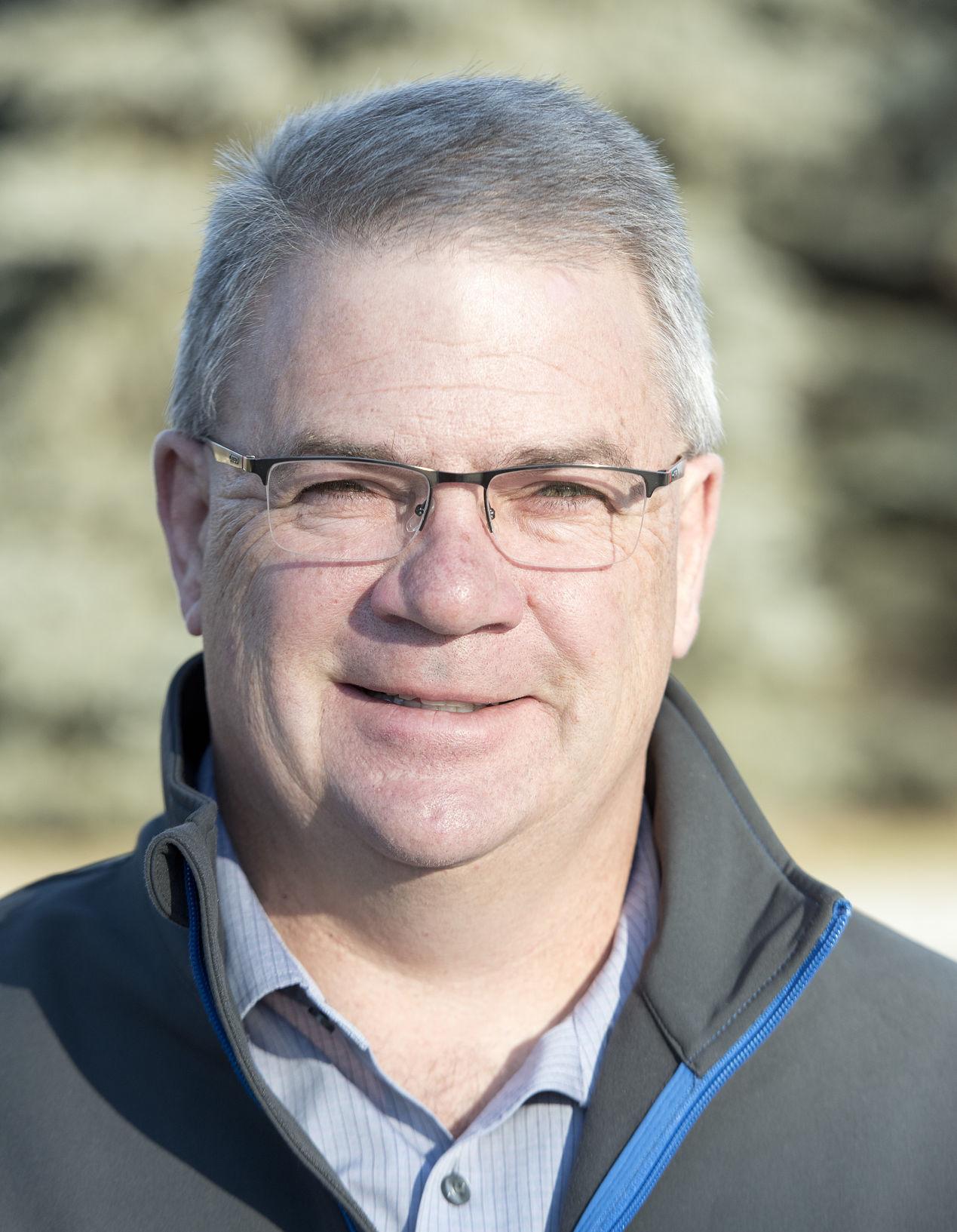 "We will be strict about enforcing these rules regarding campground restrictions, group sizes, social distancing," Heissel said. "If rules are not followed, we will close campground facilities again."

For more information, contact the Woodbury County Conservation Board at (712) 258-0838 or visit www.woodburyparks.org or the Dorothy Pecaut Facebook page.

SIOUX CITY -- For weeks now, Siouxlanders have hunkered down, isolating themselves and limiting their contact with others as much as possible in order to reduce their exposure to the novel coronavirus.

He said two indicators -- the number of weekly confirmed new cases and the percentage of tests that result with a positive reading -- are moving in a positive direction.

During the week ending May 3, Woodbury County had 730 new cases and 45 percent of people who were tested were positive for COVID-19.

For the week ending May 17, the county had 319 new cases, with 16 percent of tests showing a positive result.

"It doesn't mean we're out of the woods yet, but it means we are moving in the right direction. These are items that show we are making progress. We are having an impact," Grieme said during a news conference at Woodbury County Emergency Management.

Overall, Woodbury County has had 2,468 cases and 26 deaths, after one more death was reported Friday. The health department reported a man between ages 61 and 80 had died.

The department also confirmed an additional positive 43 cases out of 221 new tests reported.

There have been 1,194 recovered cases in Woodbury County, 67 people currently hospitalized and 115 people who were hospitalized and later released. According to a joint Tuesday statement, MercyOne Siouxland Medical Center and UnityPoint Health – St. Luke’s are providing care for a combined 90 COVID-19 patients.

Grieme said he's curious to see which direction Woodbury County's numbers move as stores, restaurants and other businesses reopen. He urged everyone to continue social distancing, staying home, especially if they feel sick, and limiting gatherings to 10 people or fewer.

If numbers begin to climb again, people will need to reassess their actions and perhaps ramp up their precautionary measures.

Friday also marked the last day of the operations at the Test Iowa drive-thru testing site in Sioux City. Grieme said health officials don't have the ability to sort Test Iowa results from other testing done in the county, so he did not know how many positive cases resulted from the site, which opened on May 4 at the Western Iowa Tech Community College campus.

There has been some concern from the public that the test site is closing, given Woodbury County's high number of COVID-19 cases. Grieme said the Siouxland Community Health Center can handle more than 1,000 tests per week, so there will not be a lack of testing in Woodbury County. One in 10 Woodbury County residents has now been tested for COVID-19, he said.

"We're not anticipating a large local impact in the number of tests completed," Grieme said. "We are comfortable with the community testing going on."

"Positive cases are being confirmed each day, and our community has not yet recovered from one of the nation’s most concentrated outbreaks ... After ignoring the seriousness of the outbreak in our community, the site in Woodbury was open for a mere three weeks and, to date, the Governor’s office has refused to show what value it added to our local public health efforts," Hall said.

Grieme advised anyone not feeling well can always call his or her personal physician or the Community Heath Center to see if they should be tested.

Across the river in Dakota County, Nebraska, six additional COVID-19 infections were confirmed Friday. That brings the county's tally of positive test cases for the novel coronavirus to 1,585, and 17 people have died, according to the Dakota County Health Department.

The Journal's Bret Hayworth contributed to this article. 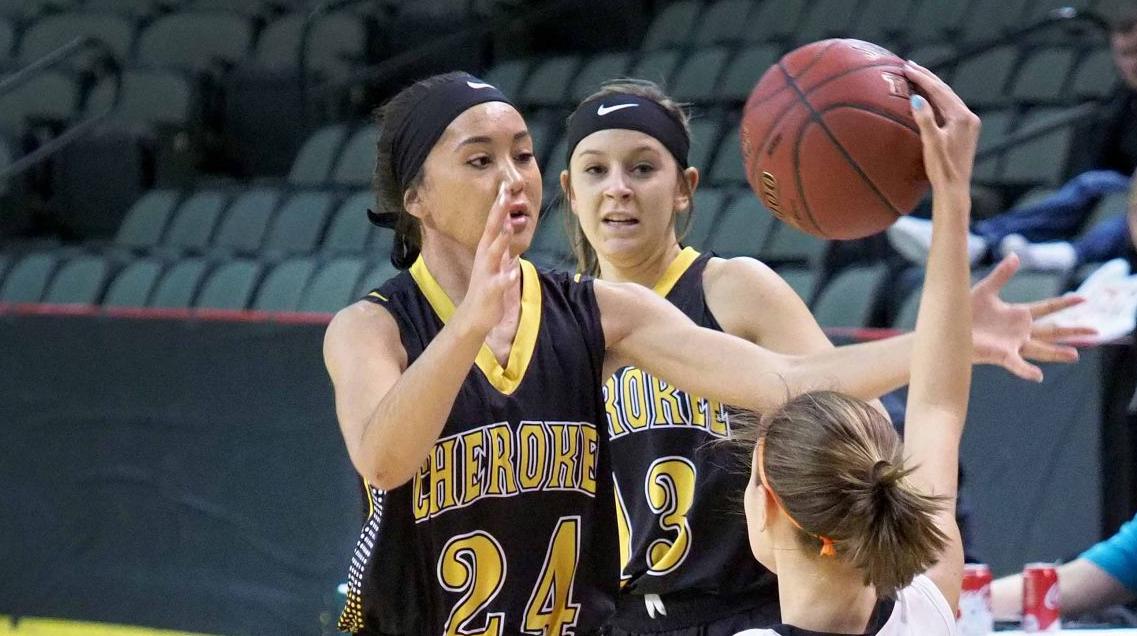 Cherokee's JeMae Nichols defends as Sergeant Bluff-Luton's Anna Lucas gets called for traveling during action at the CNOS Foundation Basketball Classic at the Tyson Events Center in 2018.

President Donald Trump speaks with reporters about the coronavirus Friday in the James Brady Briefing Room of the White House.

President Donald Trump arrives to speak with reporters about the coronavirus Friday in the James Brady Press Briefing Room of the White House.

Tedros Adhanom Ghebreyesus, Director General of the World Health Organization, speaks Friday during the 147th session of the WHO Executive Board session in Geneva, Switzerland.

WASHINGTON — President Donald Trump on Friday labeled churches and other houses of worship as "essential" and called on governors nationwide to let them reopen this weekend even though some areas remain under coronavirus lockdown.

The president threatened to "override" governors who defy him, but it was unclear what authority he has to do so.

"Governors need to do the right thing and allow these very important essential places of faith to open right now — for this weekend," Trump said at a hastily arranged press conference at the White House. Asked what authority Trump might have to supersede governors, White House press secretary Kayleigh McEnany said she wouldn't answer a theoretical question.

Trump has been pushing for the country to reopen as he tries to reverse an economic free fall playing out months before he faces reelection. White evangelical Christians have been among the president's most loyal supporters, and the White House has been careful to attend to their concerns throughout the crisis.

Meanwhile, the United States says it wants the World Health Organization to start work “now” on a planned independent review of its coordinated international response to the COVID-19 outbreak, at a time the Trump administration has repeatedly criticized the agency and is threatening to cut off U.S. funding for it.

Adm. Brett Giroir, an assistant secretary in the U.S. Department of Health and Human Services, sent a letter to the U.N. health agency’s executive board meeting on Friday saying the United States believes the WHO can “immediately initiate" preparations such as bringing together independent health experts and setting up guidelines for the review.

“This review will ensure we have a complete and transparent understanding of the source, timeline of events, and decision-making process for the WHO’s response to the COVID-19 pandemic,” wrote Giroir, who is one of the board’s 34 international members. Giroir did not deliver that statement in person, but did briefly participate in the board’s first-ever “virtual” meeting.

Giroir alluded to a resolution passed Tuesday by the WHO’s assembly calling on Director-General Tedros Adhanom Ghebreyesus to launch a “comprehensive evaluation” of the WHO-coordinated international response to the outbreak “at the earliest appropriate moment.”

Tedros, for his part, spoke to the board and pointed proudly to a long list of actions taken by WHO to respond to the outbreak — without directly alluding to the Trump administration pressure that was highlighted by Giroir.

Following Trump's calls for reopening houses of worship, the Centers for Disease Control and Prevention released new guidelines for communities of faith on how to safely reopen, including recommendations to limit the size of gatherings and consider holding services outdoors or in large, well-ventilated areas.

Public health agencies have generally advised people to avoid gatherings of more than 10 people and encouraged Americans to remain 6 feet away from others when possible. Some parts of the country remain under some version of remain-at-home orders.

In-person religious services have been vectors for transmission of the virus. A person who attended a Mother's Day service at a church in Northern California that defied the governor's closure orders later tested positive, exposing more than 180 churchgoers. And a choir practice at a church in Washington state was labeled by the CDC as an early "superspreading" event.

But Trump on Friday stressed the importance of churches in many communities and said he was "identifying houses of worship — churches, synagogues and mosques — as essential places that provide essential services."

"Some governors have deemed liquor stores and abortion clinics as essential" but not churches, he said. "It's not right. So I'm correcting this injustice and calling houses of worship essential."

"These are places that hold our society together and keep our people united," he added.

Dr. Deborah Birx, coordinator of the White House coronavirus task force, said faith leaders should be in touch with local health departments and can take steps to mitigate risks, including making sure those who are at high risk of severe complications remain protected.

"There's a way for us to work together to have social distancing and safety for people so we decrease the amount of exposure that anyone would have to an asymptomatic," she said.

A person familiar with the White House's thinking who spoke on condition of anonymity to discuss internal deliberations said Trump had called the news conference, which had not been on his public schedule, because he wanted to be the face of church reopenings, knowing how well it would play with his political base.

Churches around the country have filed legal challenges opposing virus closures. In Minnesota, after Democratic Gov. Tim Walz this week declined to lift restrictions on churches, Roman Catholic and some Lutheran leaders said they would defy his ban and resume worship services. They called the restrictions unconstitutional and unfair since restaurants, malls and bars were allowed limited reopening.