Police Chief Rex Mueller noted in a statement that many of the violent crimes reported were gun-related. 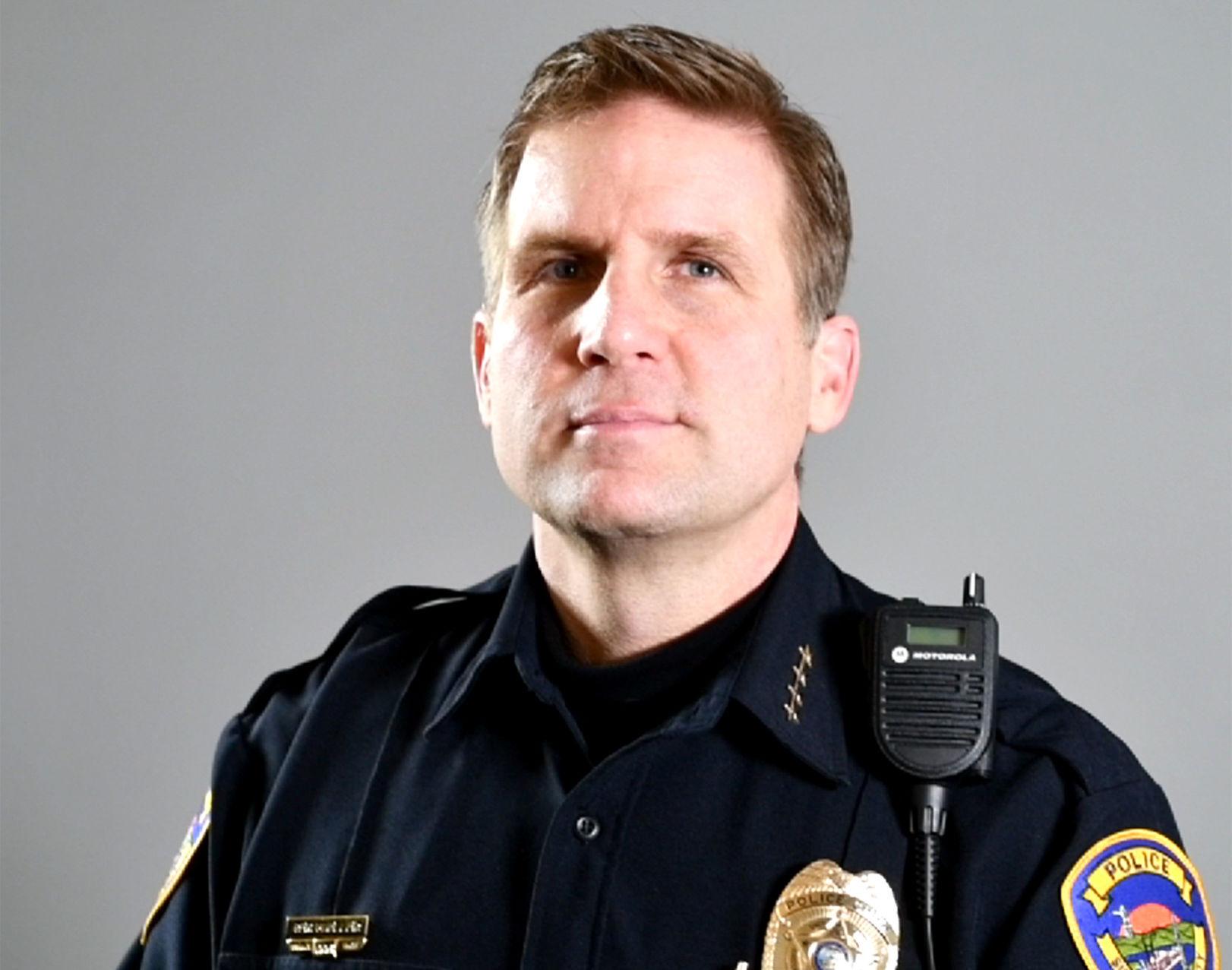 "An interesting question that the numbers will likely not tell us, is how the worldwide pandemic influenced crime rates. While the pandemic likely did impact local crime numbers, we cannot currently specify exactly how. Any theories would be speculation without more supportive data to provide context," he said.

Mueller said violent crime generally cannot be predicted and that police patrol tactics and strategies "only have a limited impact on crime rates."

"Clearly the rise in violent crime is something that we have given special focus to. Many of these violent crimes are gun related, and current departmental initiatives are doing a very good job of identifying and prosecuting our most dangerous local offenders," he said. "This 'major offender' approach continues to utilize evidence based techniques and area law enforcement partnerships to share vital data and intelligence. Finally, work with local and federal prosecutors assists in ensuring violent offenders receive appropriate sentences for their crimes."

Kenidi Valladolid said it took Sioux City Police officers nearly four hours to respond to a call of a woman screaming for help while being chased by her boyfriend after she jumped out of the car he was driving.

Though minorities make up nearly 31 percent of the city's population, they account for just 8.8 percent of the Sioux City Police Department's 125 sworn officers. Police leaders across metro Sioux City say they're seeking ways to diversify.

Instances of criminal acts overall grew by 1.7 percent, according to preliminary data. There were increases in forcible rape, motor vehicle theft, aggravated assault and property crime. 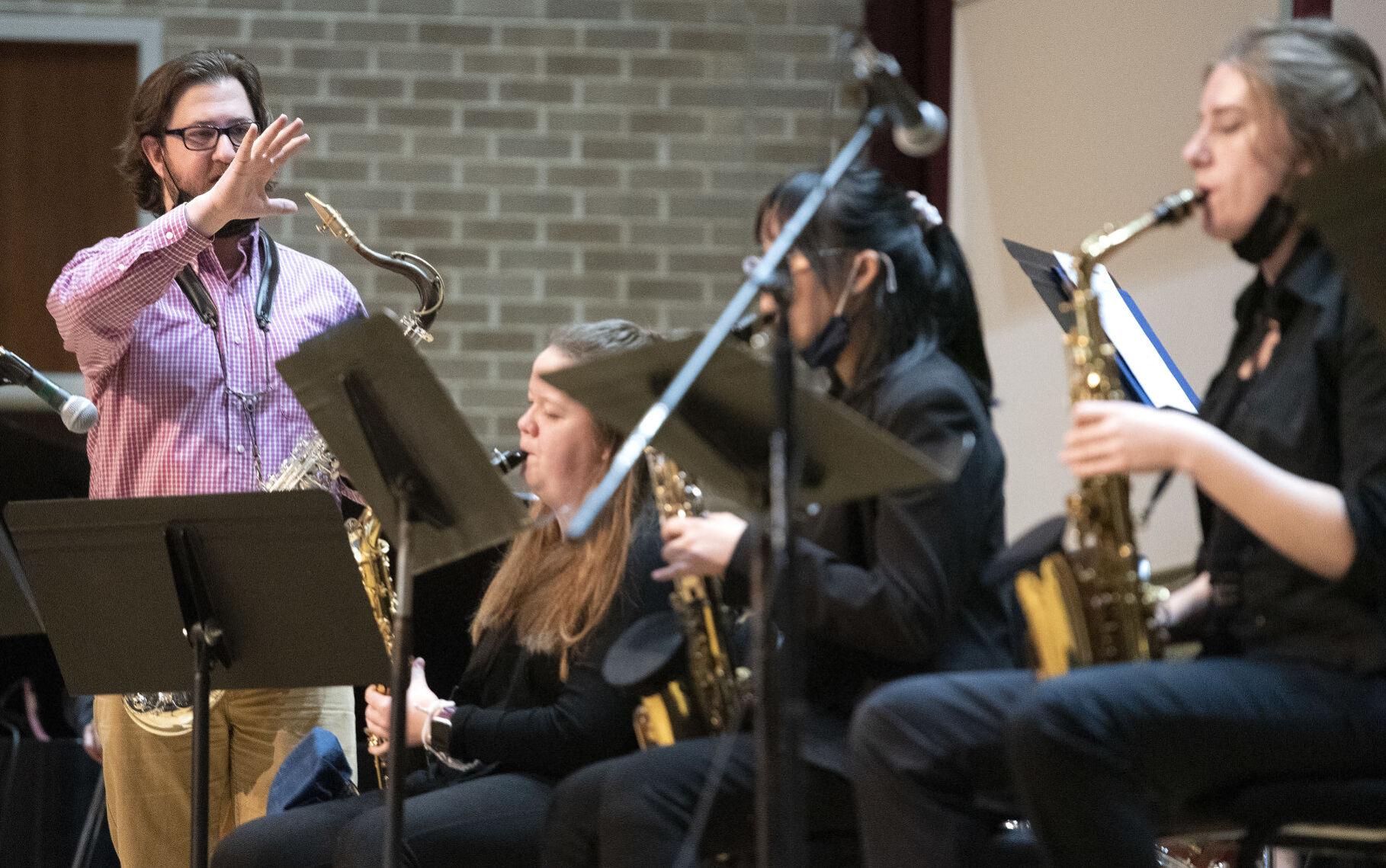 Flatwater Crossing's 367 building, which will include 43 apartments, is expected to open later this year along the Missouri River in South Sioux City. The project is among the record number of housing units under construction in the Northeast Nebraska city, City Administrator Lance Hedquist said. 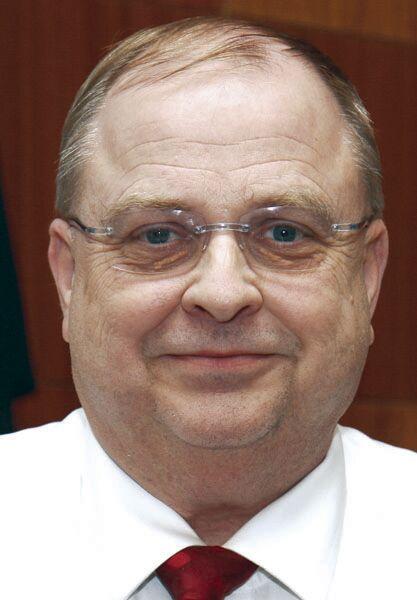 "We have the highest housing market in the history of South Sioux City," Hedquist told the Sioux City Rotary Club. "We have probably 400 housing units under construction as we sit here today."

Fueling the boom has been two major projects adjacent to the Missouri River.

"It's a beautiful facility," Hedquist said.

In a nearby development fronting the Missouri, Flatwater Crossing has broken ground on 43 apartments slated for completion later this year. The units are part of the 367 building, which also will feature 6,700 square feet of commercial space.

It's the latest addition to Flatwater Crossing, a master planned community project being developed by Ho-Chunk Inc., the economic development corporation for the Winnebago Tribe of Nebraska. Flatwater Crossing currently has one townhouse complex, a park, a variety of finished single-family homes and some other homes under construction.

Ho-Chunk continues to advance on the $75 million project, which is expected to be completed in three phases during the next 20 years. The 70-acre parcel contains 67 lots that will have town homes, single-family homes, commercial space and roughly 200 apartment units. It also includes development of a 67,000-square-foot village center, similar to a public square where pedestrians can visit shops.

Hedquist also noted Monday two developers are in the process of building over three dozen single-family homes within the Northeast Nebraska city of about 13,000.

Adding more housing is critical for attracting more workers to fill good-paying jobs in the community, he said.

"We have businesses today that will not grow here because they can't get the employees," the veteran city administrator told the Rotarians.

Hedquist said quality of life issues also are key to bringing more employers and workers to town. That's a big reason why the city has been investing in a series of amenities that includes extensive walking and biking trails.

"We have the most extensive trail system, per capita, than anywhere in the country," Hedquist said.

Business in 2020 was largely dominated by the coronavirus pandemic. But a few developments in Siouxland this year had little to do with COVID-19, and there were rays of good news.

Patty Trejo, 54, left, sits with her husband, Joseph, in a COVID-19 unit as registered nurse Celina Mande holds a smartphone showing a mariachi band performing for the patient at St. Jude Medical Center on Feb. 15, in Fullerton, Calif.

The COVID-19 death toll in the U.S. topped 500,000 Monday, a staggering number that all but matches the number of Americans killed in World War II, Korea and Vietnam combined.

President Joe Biden held a sunset moment of silence and a candle-lighting ceremony at the White House and ordered American flags lowered at federal buildings for the next five days.

Monday’s grim milestone, as recorded by Johns Hopkins University, comes as states redouble efforts to get the coronavirus vaccine into arms after last week’s winter weather closed clinics, slowed vaccine deliveries and forced tens of thousands of people to miss their shots.

Despite the rollout of vaccines since mid-December, a closely watched model from the University of Washington projects more than 589,000 dead by June 1.

The U.S. toll is by far the highest reported in the world, accounting for 20 percent of the nearly 2.5 million coronavirus deaths globally, though the true numbers are thought to be significantly higher, in part because many cases were overlooked, especially early in the outbreak.

Average daily deaths and cases have plummeted in the past few weeks. Virus deaths have fallen from more than 4,000 reported on some days in January to an average of fewer than 1,900 per day.

But experts warn that dangerous variants could cause the trend to reverse itself. And some experts say not enough Americans have been inoculated yet for the vaccine to be making much of a difference.

Instead, the drop-off in deaths and cases has been attributed to the passing of the holidays; the cold and bleak days of midwinter, when many people stay home; and better adherence to mask rules and social distancing.

Dr. Ryan Stanton, an emergency room physician in Lexington, Kentucky, who has treated scores of COVID-19 patients, said he never thought the U.S. deaths would be so high.

“I was one of those early ones that thought this may be something that may hit us for a couple months … I definitely thought we would be done with it before we got into the fall. And I definitely didn’t see it heading off into 2021,” Stanton said.

Kristy Sourk, an intensive-care nurse at Hutchinson Regional Medical Center in Hutchinson, Kansas, said she is encouraged by the declining caseload and progress in vaccinating people, but “I know we are so far from over.”

People "are still dying, and families are still isolated from their loved ones who are unable to be with them so that is still pretty heart-wrenching,” she said.

Snow, ice and weather-related power outages closed some vaccination sites and held up shipments across a large swath of the nation, including in the Deep South.

As a result, the seven-day rolling average of administered first doses fell by 20 percent between Feb. 14 and Feb. 21, according to data from the Centers for Disease Control and Prevention.

The White House said that about a third of the roughly 6 million vaccine doses delayed by bad weather were delivered over the weekend, with the rest expected to be delivered by mid-week, several days earlier than originally expected. White House coronavirus response coordinator Andy Slavitt on Monday attributed the improved timeline to an “all-out, round-the-clock” effort over the weekend that included employees at one vaccine distributor working night shifts to pack vaccines.

In Louisiana, state health officials said some doses from last week’s shipments were delivered over the weekend and were expected to continue arriving through Wednesday. New York City Mayor Bill de Blasio said last week’s supply arrived Monday. And in Nashville, Tennessee, health officials were able to vaccinate more than 2,300 senior citizens and teachers over the weekend after days of treacherous weather.

“We’ll be asking the vaccine providers to do a lot,” said Louisiana’s top public health adviser, Dr. Joe Kanter, who expects it to take a week or two to catch up on vaccinations after a storm coated roads with ice and left many areas without running water.

Some hospitals, clinics, community sites and pharmacies that are in Louisiana’s vaccination network will get double allocations of doses this week — just as Gov. John Bel Edwards starts offering shots to teachers, daycare workers, pregnant women and people age 55 to 64 with certain preexisting conditions.

New York City officials expected to catch up on vaccinations after being forced to delay scheduling tens of thousands of appointments last week, the mayor said Monday.

More than 44 million Americans have received at least one dose of either the Pfizer or Moderna vaccine, and about 1.6 million per day received either first or second dose over the past seven days, according to the CDC.