Mike Franken, a retired U.S. Navy vice admiral now living in Sioux City, was the first director of the Defense POW/MIA Accounting Agency in 2015. He was tasked with improving the country's efforts to recover and identify the remains of Americans who went missing during wars dating back to World War II.

SIOUX CITY -- Michael Franken remembers sitting in meetings with families who had relatives missing from military conflicts dating back to World War II.

He listened as the sister of one of those missing men told military officials she could still picture what she was wearing the moment her family received the telegram informing them that her brother was missing and likely killed.

So whenever the Defense POW/MIA Accounting Agency, or DPAA, announces it has recovered and identified the remains of a U.S. service member, Franken feels a little of the family's joy, knowing the closure they'll receive.

"I watch from afar. I'm always pleased to see when a recovery occurs," he said.

A retired U.S. Navy vice admiral from Lebanon in rural Sioux County who now lives in Sioux City, Franken takes special interest in seeing those remains found and returned to families. Under his leadership, the process of recovering and identifying the remains of missing U.S. military personnel was reorganized under the DPAA, a U.S. Defense Department agency formed in 2015 through the merger of other agencies. Franken was its first director.

It was a hectic seven-month duty, exposing Franken to Defense Department efforts he hadn't even been aware of. But seeing families gain closure upon seeing a loved one returned made all that work worth it.

"Those that we can find within reason and provide closure is a noble mission," he said.

Recovery of remains had been ongoing for years, of course, but in 2015, then-Defense Secretary Chuck Hagel of Nebraska thought the process could be done in a better, more efficient way. He tasked Franken with figuring out how.

Franken can laugh now about how daunting the assignment was. He said that at the time, he knew almost nothing about the department's recovery procedures or efforts.

But he did know how important it was for families to have the remains of their loved ones returned home. He thought back to his grandfather, who lost a brother in World War I.

"It hit me that some of these families, if they know their loved ones were out there, they would like to have them returned and buried in the family plot," Franken said.

Franken said he was given carte blanche to create a new structure for the agency. He oversaw a change in policy, choosing to contract with archaeologists and experts from countries where American remains were located. Rather than paying the cost of housing large parties of U.S. workers and officials overseas, a smaller number is needed to oversee search and recovery missions.

With his urging, Congress also approved the exhumation of hundreds of sets of remains recovered from battleships destroyed during the Dec. 7, 1941, Japanese attack at Pearl Harbor. Those sailors and Marines had been buried in graves in Honolulu for decades but were never identified. Franken said it made sense that every effort should be made to identify them, and since then, hundreds have been.

"I thought we could add an act of happiness and emotional closure to those who lost their lives in the earlier days of World War II," Franken said.

Not all service members who have been killed in overseas conflicts will be located. Of the more than 81,700 U.S. military personnel who served as far back as World War II still missing, more than 41,000 were lost or buried at sea and are not recoverable. There are no records of where many others went missing, making recovery impossible.

"There are some situations, sad to say, where we have no idea," Franken said.

Franken retired in 2017 after nearly 40 years in the Navy, a career in which his assignments took him to four continents, combat zones and the halls of Congress to work with policymakers.

The short stint with the DPAA required him to work long hours with few days off, but because of the importance of the agency's work, those busy days are not the lasting memory he has of the duty.

"The only lingering emotion I have is joyous," he said.

An emotion the families of those whose missing service members are found and returned home would surely identify with.

SOUTH SIOUX CITY -- The Siouxland Freedom Park is hosting a photo display of fallen service members from Iowa and Nebraska who served in the years after the Sept. 11, 2001 terrorist attacks.

Bill Beacom has more than 300 Missouri River books on topics that most of us probably would find mundane that the riverboat captain has spent years collecting, reading and storing in the small library on the second floor of his Sioux City home.

Visit siouxcityjournal.com to view a video of Mike Franken talking about his efforts to recover remains of U.S. soldiers. 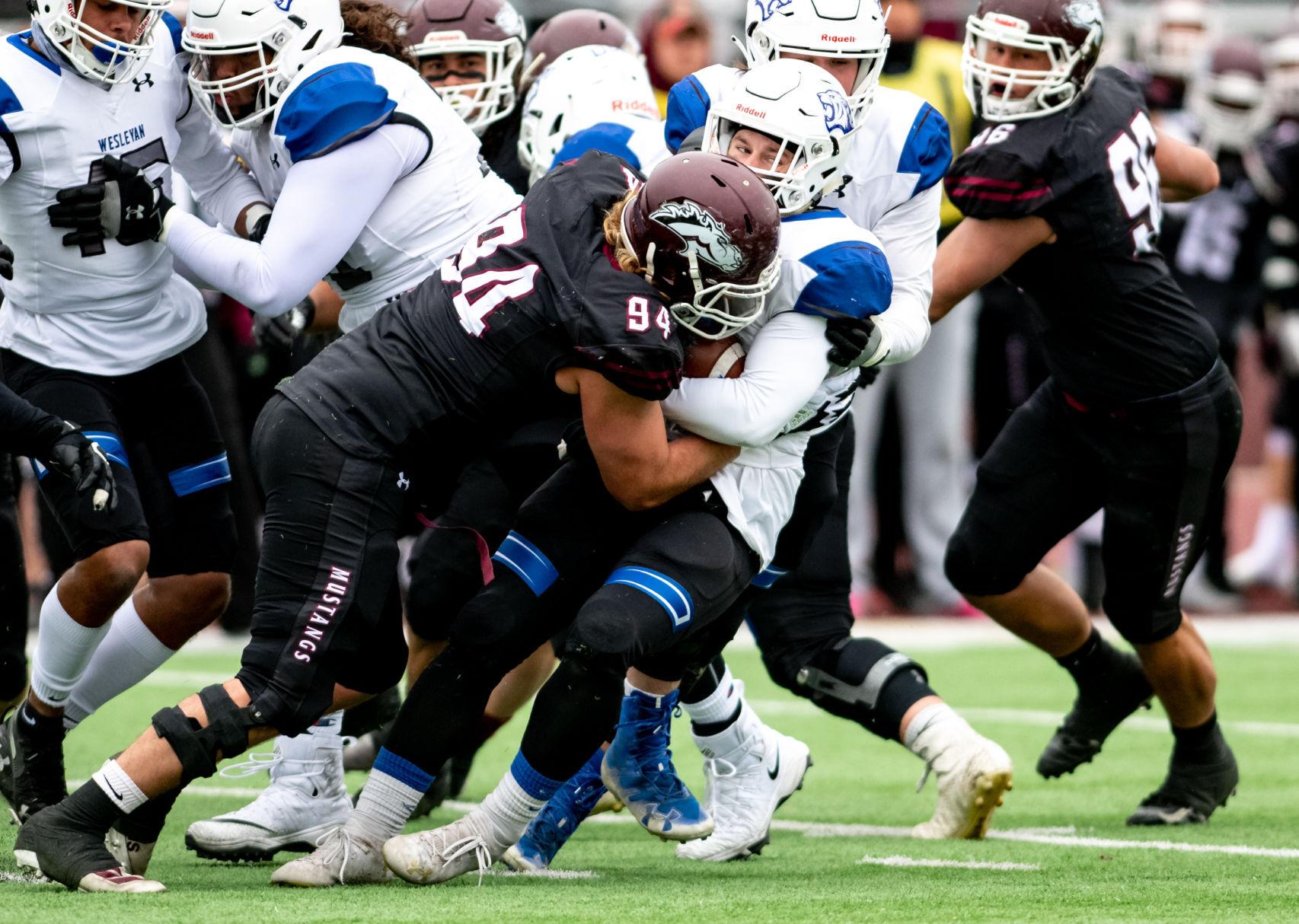 Students and community members protested outside of the South Sioux City High School on Friday on issues including racial equality, religious freedom and treatment of LGBTQ students.

Students and community members held signs up as a bus passed the South Sioux City High School. The individuals protested outside of the  high school on Friday, April 16, 2021 on issues including racial equality, religious freedom and treatment of LGBTQ students.

South Sioux Senior Stephania Nuno held a sign and megaphone during the protest walk. Students and community members protested outside of the South Sioux City High School on Friday, April 16, 2021 on issues including racial equality, religious freedom and treatment of LGBTQ students.

Sophomore Rosaleena Hernandez held up the suspension letter she received after the student walkout on Friday, April 9. Students and community members protested outside of the South Sioux City High School on Friday, April 16, 2021 on issues including racial equality, religious freedom and treatment of LGBTQ students.

Protest Organizer Diana Ponce spoke with the attendees of a protest. Students and community members protested outside of the South Sioux City High School on Friday, April 16, 2021 on issues including racial equality, religious freedom and treatment of LGBTQ students.

Over 60 people stood on the corner of Sierra and G street, as school ended for the day. The attendees held signs reading “power to the students,” “no rapist, no racists,”  “We don’t feel safe," "support LGBTQIA+ students" and more.

Organizer and former South Sioux student Diana Ponce said the protest was about issues of racism and sexism in the school district.

A week earlier, students held a walkout to protest the same issues.

Ponce said the last protest was sparked in part by former assistant football coach Nathan Rogers being charged with sexually assaulting a high school student. Community member Jasmine Preston said students had complained about Roger's behavior prior to the alleged assault and believes if it had been handled correctly the alleged assault may not have happened.

Rogers posted bond and was released from jail. He is required to wear a GPS tracking device, have no contact with anyone under age 19 and not enter any school or school grounds.

In a video posted on the school website following the initial walkout, Superintendent Todd Strom stated “protests, walkouts, demonstrations, those are forbidden in schools and on school grounds.”

He also stated students who participate in these actions are subject to disciplinary actions. Strom encouraged students to reach out to administration through a variety of resources. Ponce said in the past, students have attempted to email High School Principal Ashley O'Dell and they were ignored.

Preston said after the last protest, the school stated there would be no consequences, but a few days later, students received suspensions. Preston and Ponce said they also received a “cease and desist” order from the school.

Sophomore Rosaleena Hernandez and Senior Stephania Nuno attended Friday's second protest. They were two of the students who received a five-day suspension for attending the first one.

In a letter from Assistant Principal David Clausen, the reasons for the suspension included willfully disobeying a request of a school staff member or voicing disrespect of those in authority and using violence, force, threat, intimidation or similar conduct that interferes with school purposes or making any communication that would be interpreted as an intent to harm.

While walking from the high school to Dakota Avenue, the group chanted “no justice, no peace” and asked for the resignation of Clausen and O'Dell.

SOUTH SIOUX CITY -- A group of South Sioux City High School students have invited the public to join them at a protest Friday, despite a warning from school administrators that the type of demonstration they held last week violates district policies. 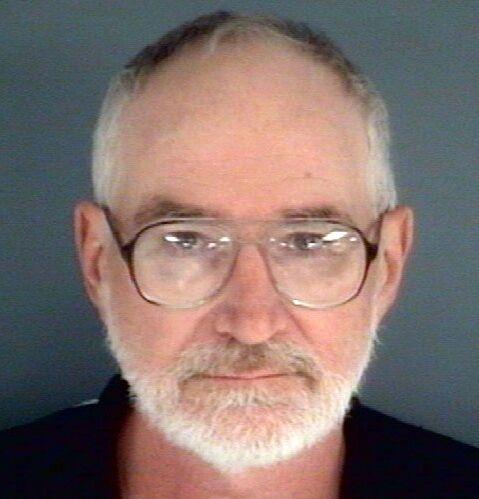