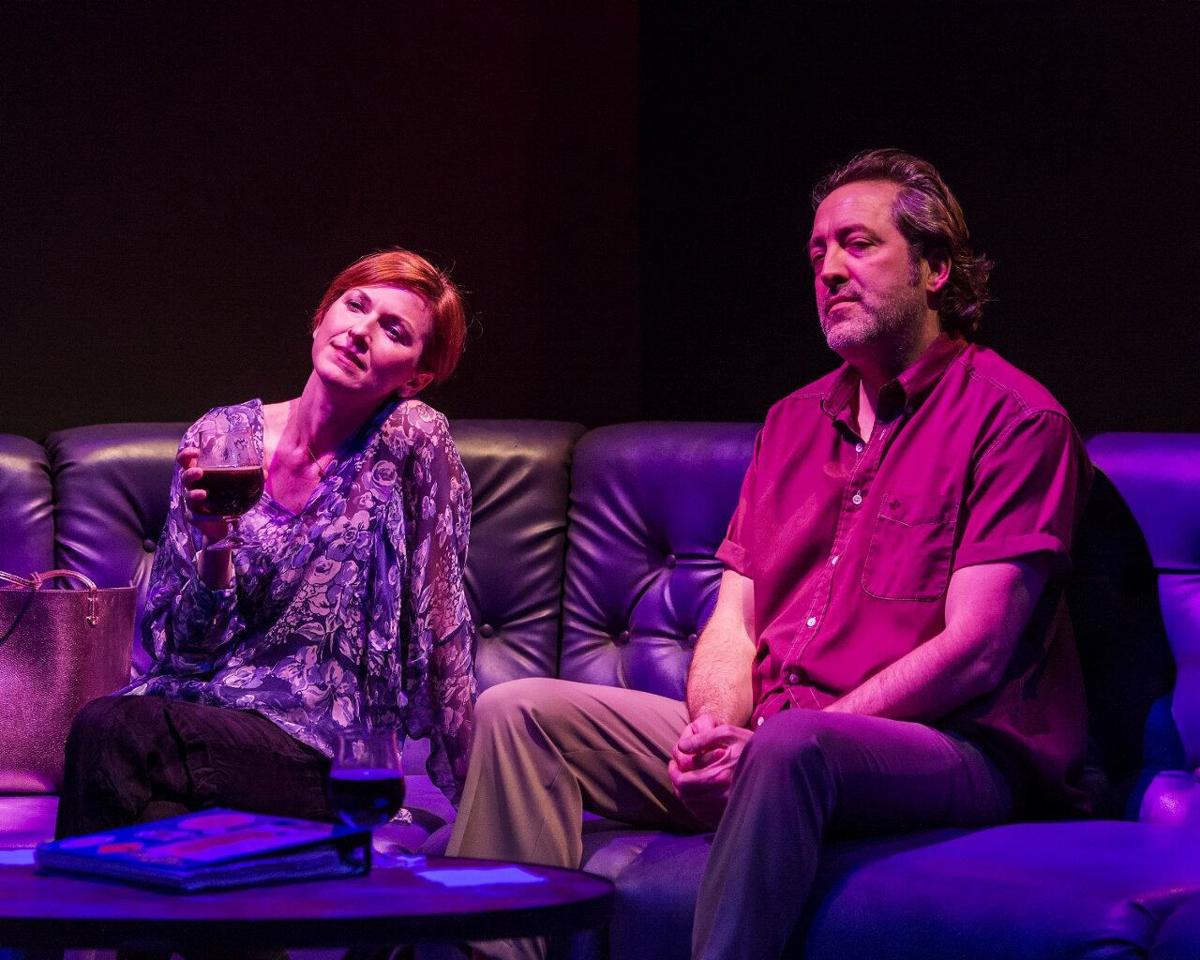 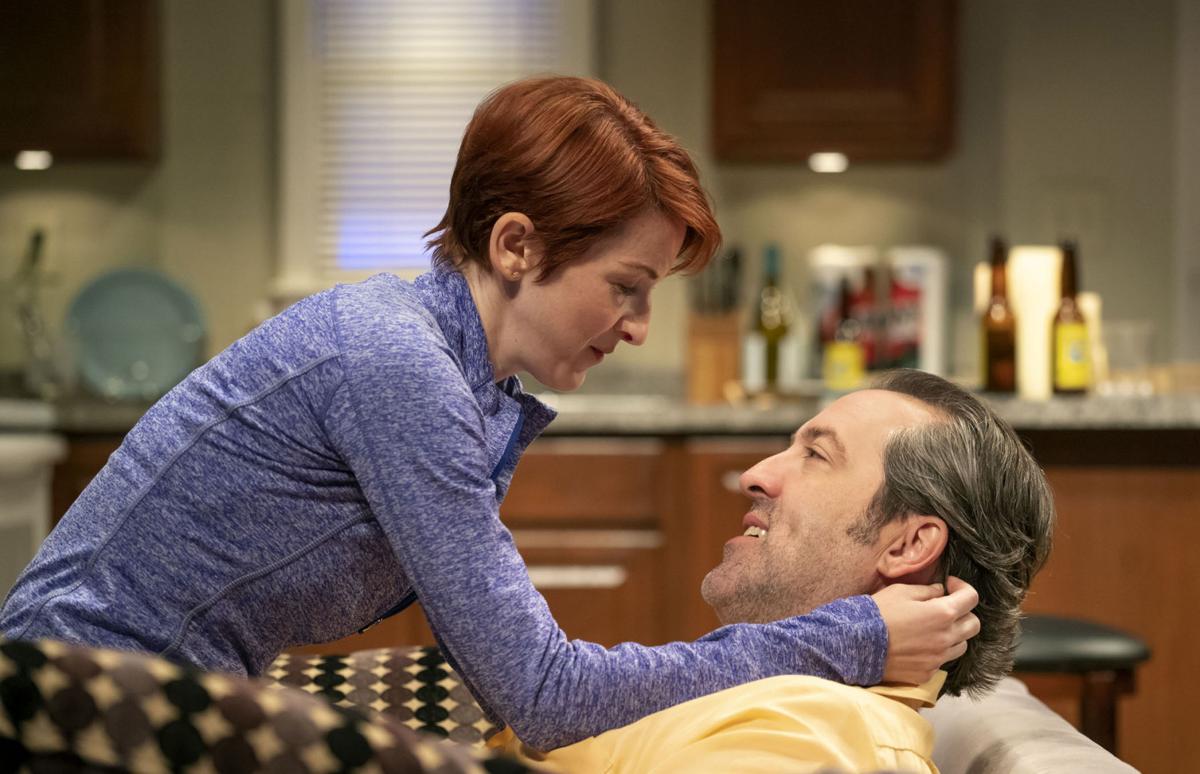 What’s the route to a Tony Award?

If you’re Cora Vander Broek, one of this year’s nominees for Best Featured Actress in a Play, it starts in Orange City, Iowa, includes stops in Chicago and Los Angeles, and winds up in New York, after more than a dozen years as a working actress.

“Anyone who says it’s not validating would be lying,” Vander Broek says of the nomination for “Linda Vista.” “Awards are complicated. They can be political. They’re not always fair ... but this is so nice. I want to hold that to my heart.”

The Orange City native learned the news last week after she had done a yoga class in her Los Angeles home (“because it’s the pandemic,” she says). While getting dressed to see her therapist, she picked up her phone and noticed she had a number of texts. “My managers were like, ‘Why haven’t you called us yet?’ And then I saw another one that said, ‘Tony nominee,’ and I thought, ‘Oh my god.’”

Like others on Broadway, Vander Broek wasn’t sure the Tony Awards were going to happen this year. Because shows closed in March due to coronavirus fears, there wasn’t a “full” season. Producers talked about waiting another year, then decided it would be best to keep the business alive by holding a virtual event before theaters reopen.

Before moving to California, the 2000 Northwestern College graduate spent years in Chicago working in the theater. She hadn’t thought of going to New York but realized she needed to explore film and television just to see what they might bring. “I wanted to understand all the major hubs,” she says.

Her husband, actor Matthew Brumlow, was also interested in trying something new. “We don’t have children, which makes us more mobile. So we decided to throw caution to the wind five years ago and we moved out west.”

Brumlow went to an accelerated graduate school program at the University of Idaho; Vander Broek headed to Los Angeles.

Just as she was starting to learn the ropes in L.A., she got cast in “Soups, Stews and Casseroles: 1976,” a play back in Chicago at the Goodman Theatre. Pulitzer Prize-winning playwright Tracy Letts came to see the show and asked Vander Broek to audition for “Linda Vista,” his show at the Steppenwolf Theatre Company.

“It was a no-brainer,” Vander Broek says. “I can’t say no to Steppenwolf. I’ve been in the business long enough to accept that it’s a curvy road. You go where the exciting work is.” Never mind the Los Angeles home address.

Vander Broek was cast as Jules, a life coach with a master’s degree in “happiness” who happens to date a middle-aged man with a lot of baggage.

The show opened in Chicago “and we didn’t know what the future held,” Vander Broek says. A year later, “Linda Vista” opened in Los Angeles and, again, she was a part of it. “My managers thought they could pitch me in a different way if (casting directors) could see me. Even though the show took me away from why I’d moved here, it was actually a benefit.”

“It’s a very beautiful play, but very complicated. It tackles a lot of pretty intense topics and it can be really triggering for people. Tracy wrote it before the ‘Me Too’ movement hit and it explores a white man in his 50s, recently divorced, living on his own for the very first time.”

Because it had a limited run, “Linda Vista” wasn’t affected by the coronavirus shutdown. Vander Broek, in fact, was able to do a few projects before returning to California. Among them: “Law & Order: SVU.” Broadway actors brag that they’ve been a part of the “Law & Order” franchise and, now, she says with a laugh, “I can put that notch in my belt.”

The chaotic world of entertainment probably wouldn’t be a factor in her life if Vander Broek hadn’t been the child of missionaries. Although she was born in Orange City, she spent many of her early years in Honduras, learning from “amazing teachers” who introduced her to theater in their one-room schoolhouse.

“It was enough for me to get a taste for it. When I got back to the States at 14, I had to figure out where I fit in.”

At MOC-Floyd Valley, she warmed to speech and debate. “I really found my home there – that saved me in many ways. When I was close to graduating, I wasn’t keen on going somewhere else for college. I felt I needed to stay rooted.”

Vander Broek enrolled at Northwestern College and encountered Karen and Jeff Barker, theater professors who fueled her passion. “They made me feel like I could do it professionally.”

They also told her Chicago might be a good place to start. “Chicago felt doable. I went with a good friend ... and it was still scary.”

Flash forward 15 years and she has film, TV and New York theater credits.

“It’s a constant battle to not get cynical or jaded in this business,” the 42-year-old says. “It’s deeply hard and heartbreaking. But a successful actor, a friend of mine, got on the phone after I was nominated and said, ‘You get to be happy about this. This gets to be a big deal for you. It may not be the biggest deal of your life, but it’s big. Enjoy it.’”

Now, of course, she’s basking in the Tony glow. Family back home – including her mother, Diane Daniels of Storm Lake – are thrilled with the attention (“my mother started screaming when she heard”).

Even during those early years, family and friends have been supportive – “100 percent supportive.”

“When I was in college majoring in theater, Karen Barker and my mom went on a trip to Chicago and Karen took her to some storefront theaters. She showed her some theater that wasn’t big and glamorous” and she understood.

“When my mom came back to Orange City, she picked me up for dinner and started crying in the car: ‘It was scary for me to see the city and imagine you there. I realized it’s not going to be easy but, in the same breath, it’s what you have to do. I’m scared for you. But I’m excited for you.’”

Barker says that trip was a turning point for Daniels: "She was inspired by what we had seen."

Although film and television are now on the Tony nominee's radar, she says she won’t give up on Broadway.

“It’s definitely a trek to get to New York. But I’m going to make it a priority.

“There’s nothing good about this pandemic and theater is gone for now. But while we’re on a pause, the theater will never be something I feel far from. Even though it’s just a nomination, it truly feels like I’ve won.”

The spark of something great

“I was still in high school and there were actors from Northwestern College in it,” she says. “I felt like was acting with celebrities.”

That prompted her to think of attending Northwestern College. There, theater professors Karen and Jeff Barker were instrumental in getting her to take those next steps in the business. “They saw something in me,” Vander Broek says.

“The first time I saw her perform something, she was in high school,” Karen Barker says. “She had it then – the interior honesty and vulnerability that had the potential to be mesmerizing, gripping."

When she was a junior at Northwestern, Vander Broek wondered if, maybe, she should minor in teaching “just in case.”

Barker says she tries not to tell students they can have a theater career. “I’m not a prophet and too many things about an acting career are out of an actor’s control,” she says. “But it was easy to see that Cora had the potential if she wanted it.”

That encouragement, Vander Broek says, “gave me the courage to do this. That’s what Orange City means it me. It helped me feel grounded and find myself.”

And the Tony nomination? For Northwestern College, it’s a big deal, according to Barker. “Small Christian college in the middle of the corn fields? We have artist alums all over the world doing excellent work. Cora’s nomination puts all of that work in the spotlight.”

42 photos of the Orpheum Theatre through the years

With events canceled, we got creative to keep the arts alive in Siouxland. I took a deep look at Aretha Franklin at Saturday in the Park, met …

The new FX series, starring Kate Mara and Nick Robinson, answers plenty of questions about those lurid teacher/student affairs -- but it leaves a big gaping “Why?” just hanging.

“We were very close,” Hawkins says of Reed. “Two weeks before she died, I went over to her house and showed her an ornament they had come out with for the movie. She said, ‘Put it on the tree.’ I gave her a hug and that was the last time I saw her.”

Robert and Kelly Pascuzzi are about to make their debut as movie producers, but it wasn’t a career shift they actually entertained.

ORANGE CITY, Iowa – The folks behind the Tulip Festival Night Show didn’t squander their year off due to the coronavirus pandemic. 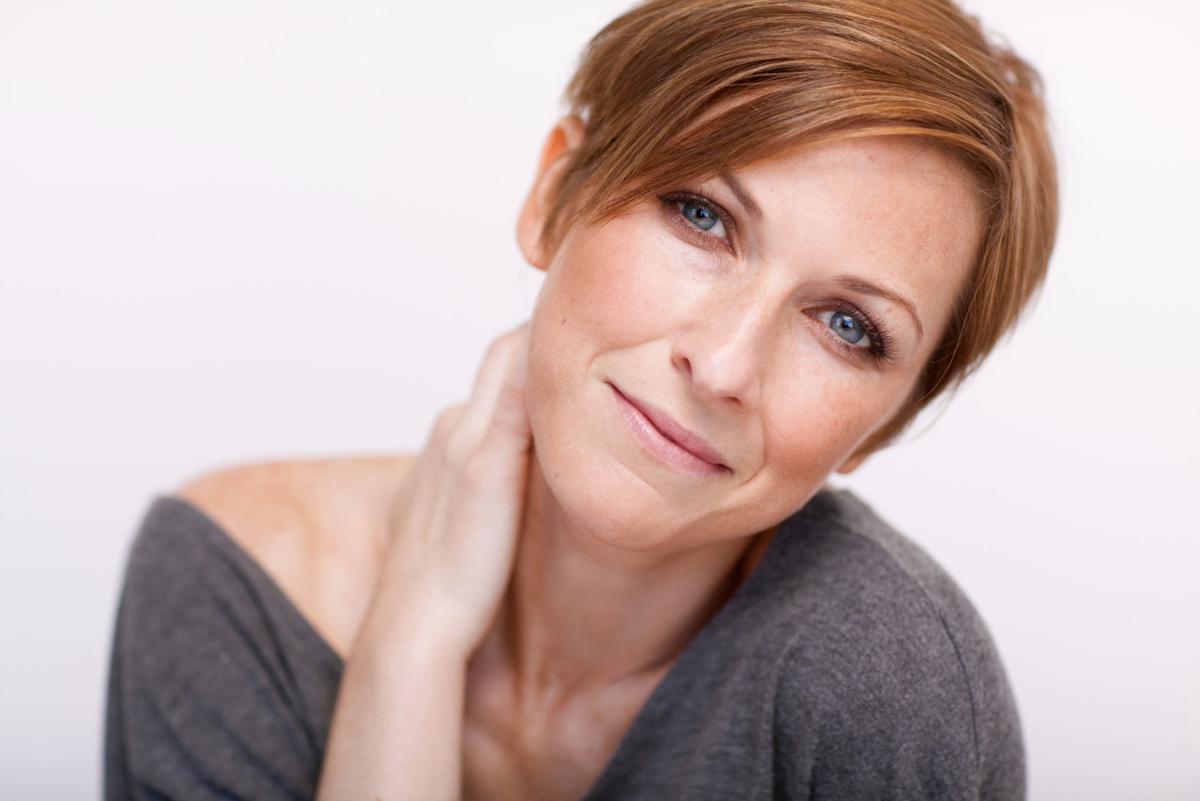 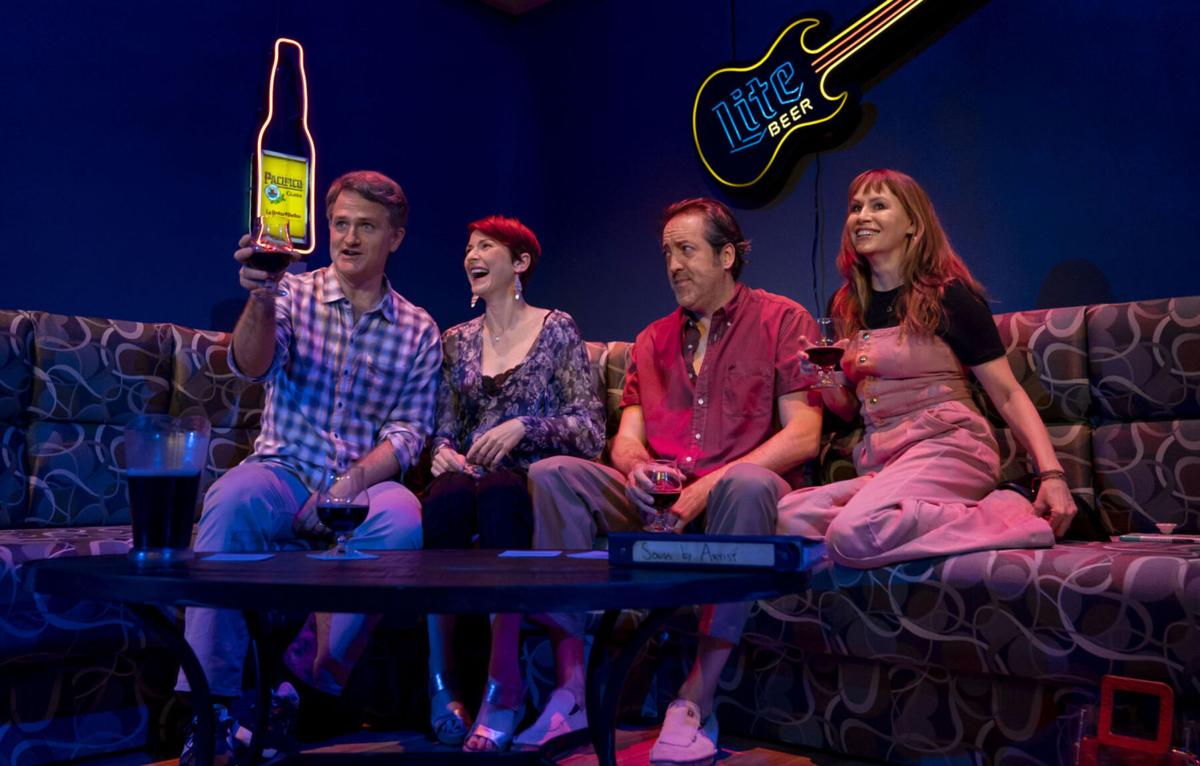 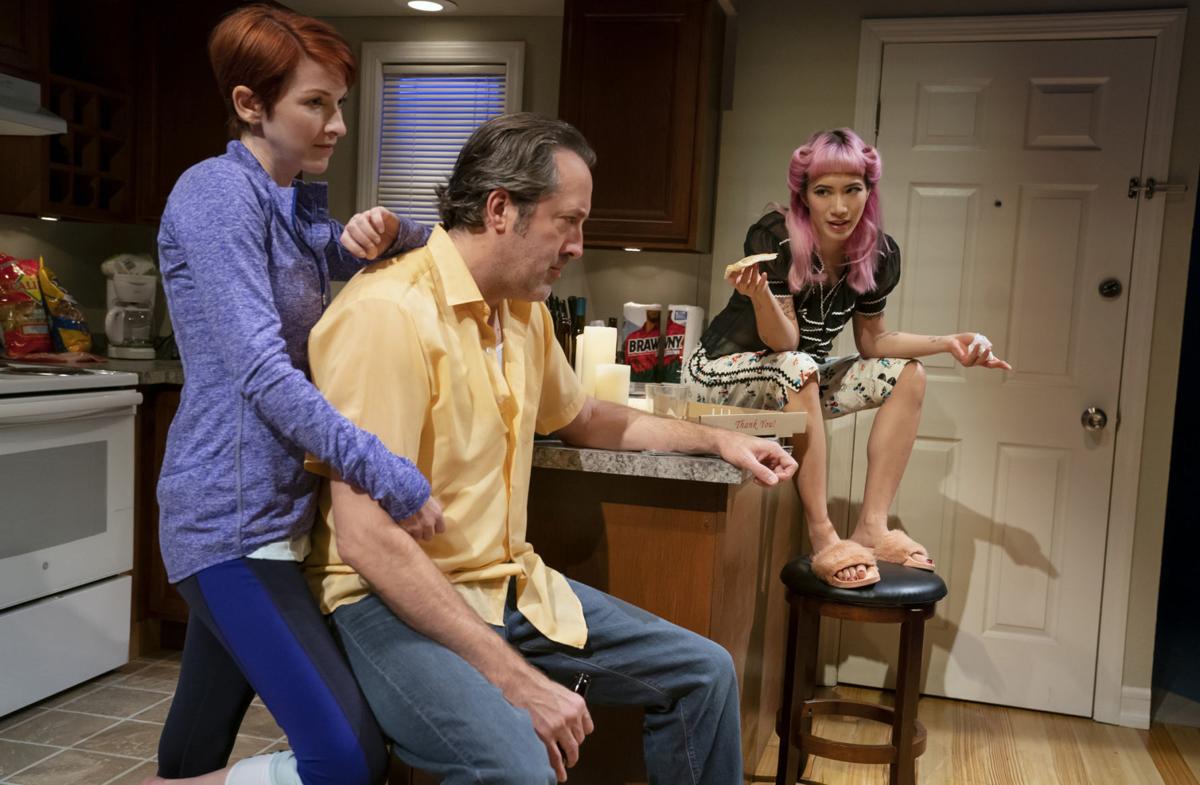