Become a Member
Read Today's E-edition
Share This
REVIEW: 'Cats' isn't purr-fect, but it shows why we need live theater
0 Comments
Share this
1 of 2 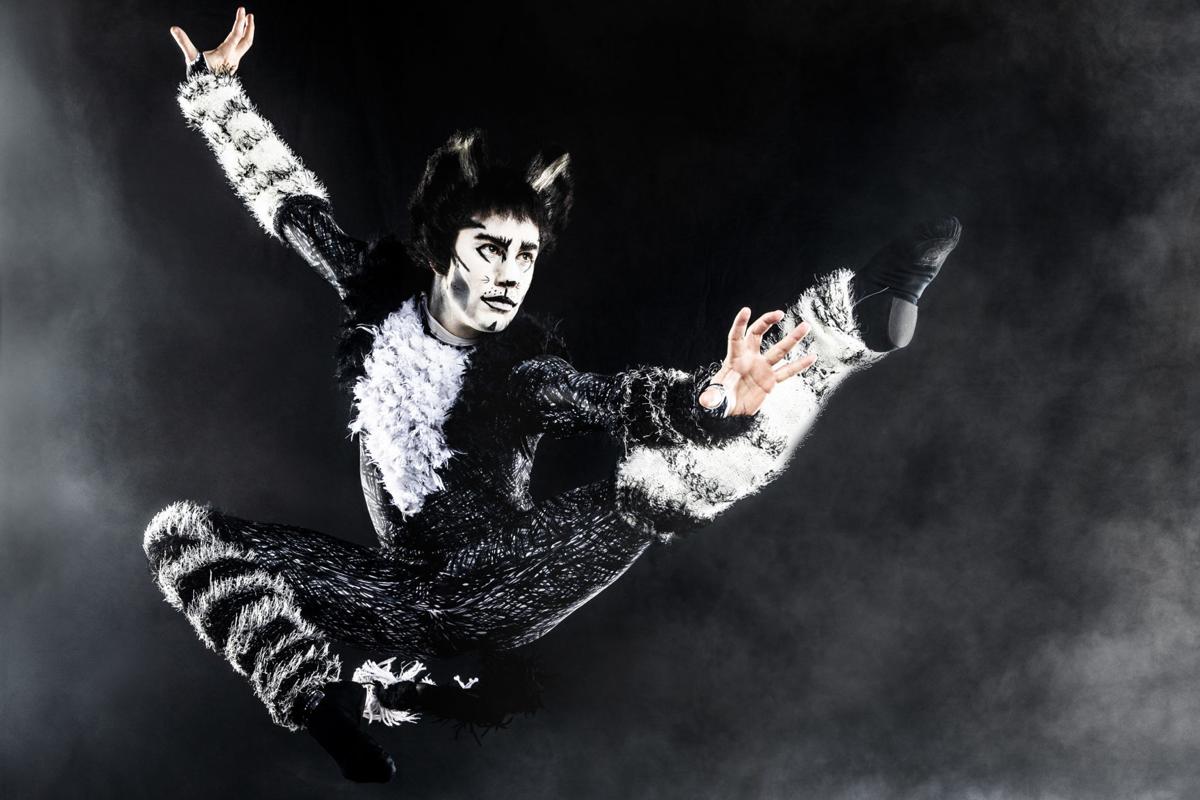 The award-winning musical "Cats" is back on tour. Written by Andrew Lloyd Webber, the musical tells the story of cats hoping to get to the Heaviside layer. 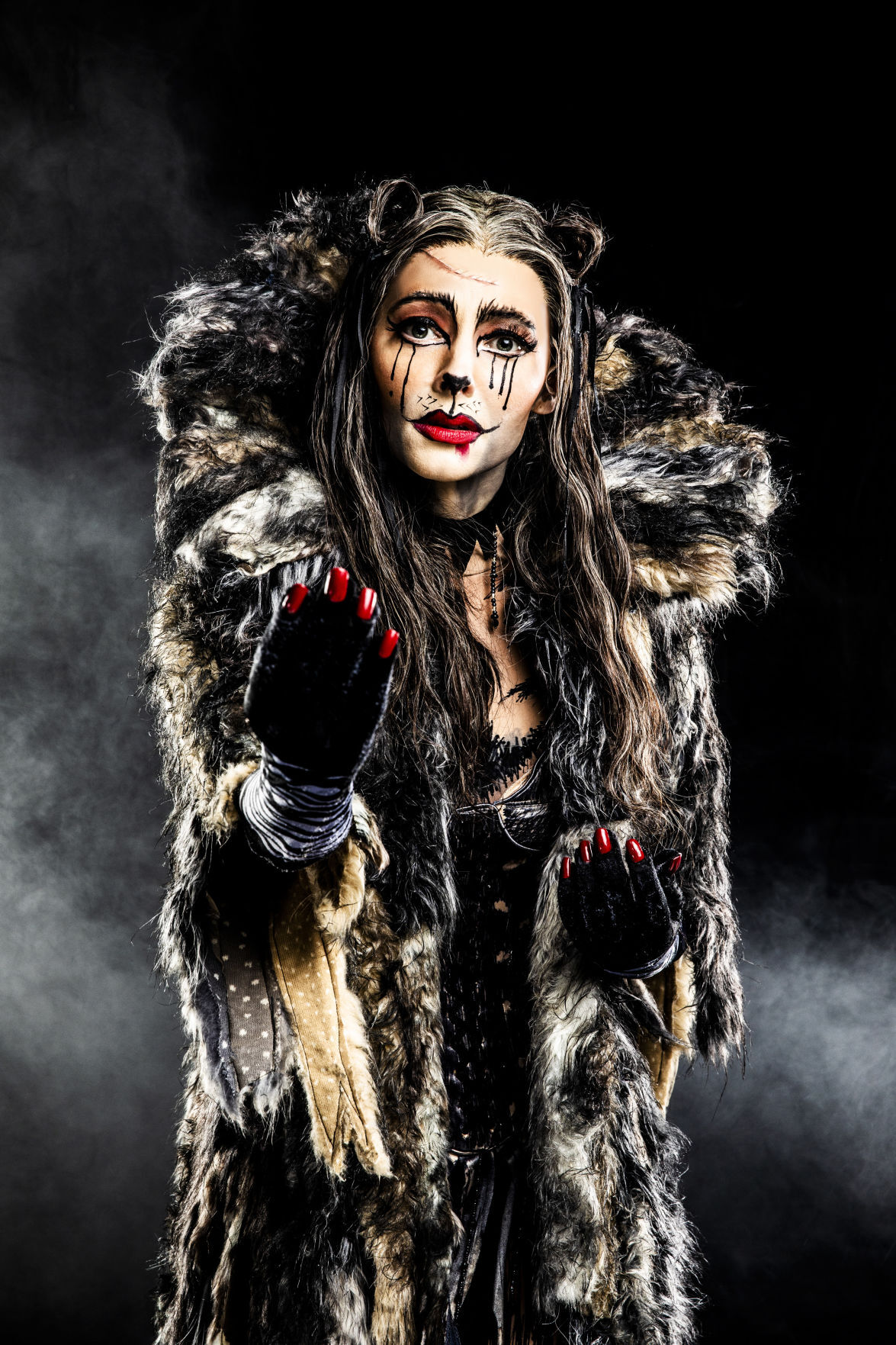 The reason the film version of “Cats” was such a dud is simple: the musical is a creature of the theater. Taking it out of that element (where something as ridiculous as adults playing cats actually works) removes the reason for its very being.

The point became abundantly clear Wednesday night at the Orpheum Theatre where the National Touring Company proved the plot is still thin (one cat is chosen to go to the Heaviside layer where a new life begins), but the theatricality is off the charts.

As a handful of cats make their pitch to get that second chance, songs explain who’s in the running. Save for “Memory,” Andrew Lloyd Webber’s score isn’t all that memorable. Still, there are enough diversions to make a night with “Cats" much better than a night at home with cats.

While bits have been pared here and there (Growltiger’s Last Stand was noticeably absent), the parade of contestants is still fascinating. John Anker Bow, as Gus, the Theatrical Cat, had the most touching moment as he recalled a past on the stage. Shaking and proud, he made a good case for Gus’s selection.

Still, you couldn't beat Grizabella, the Glamour Cat (Tayler Harris), who got that signature song. Even though she had makeup that was more Norma Desmond than faded cat, Harris mined all of the emotion from “Memory.” She was a fitting choice for the role, even though it’s hardly as athletic as some of the others.

Mister Mistoffelees (Paul Giarratano) got a real workout, conjuring plenty of magic and doing it in a jacket that changed colors more than Joseph’s amazing technicolor dreamcoat. Munkustrap (Devon McCleskey) held the show together as a narrator of sorts (and McCleskey was clearly this production’s triple threat) and Victoria (Hyla Mayrose Perillo) attracted attention every time she got center stage.

Because it’s early in this production’s run, many of the dancers looked like they were more concerned with proficiency than feeling. They nailed Andy Blankenbuehler’s revised choreography but needed to infuse it with more emotion. In time, that will come.

What needs a quick fix is the show’s lighting. Often characters were stranded in darkness. Considering they’re pulling off some neat moves, they needed to be seen.

While the show’s set was hit and miss (it doesn’t have the surprise factor of earlier editions, but its ascending tire is pretty spectacular), its sound didn’t fail. Even some of the smallest voices were understandable.

Because the stage isn’t big enough for some of Trevor Nunn’s original direction, moments got lost. When Skimbleshanks, the railway cat (Christopher Salvaggio), creates a train out of spare parts, it should be a “wow” moment. Instead, it seemed like a planned event.

When Old Deuteronomy (Indalecio De Jesus Valentin) arrived, he didn’t quite have the presence needed to make the other cats cower. In time, Valentin seized authority and justified the deference. When he escorted the winner to the Heaviside layer, the scene had real emotion.

“Cats” may not be the ideal show to get folks back into theaters, but it certainly demonstrated why the medium is so essential. There’s enough meat on these bones to help anyone escape from a world that doesn’t quite know how to settle down.

“Cats” now and forever? Why not?

“Cats” continues Thursday at the Orpheum Theatre. Tickets are available at orpheumlive.com.

On opening night of the national tour of “Cats,” Tayler Harris remembers being very nervous.

REVIEW: 'Cats' is littered with problems

The film version of “Cats” isn’t a catastrophe, but it is bad.

PARTING SHOT: How I lived life like a cat

The next time you think you want to turn your home into a spa, remind yourself you could be living like a cat.

The award-winning musical "Cats" is back on tour. Written by Andrew Lloyd Webber, the musical tells the story of cats hoping to get to the Heaviside layer.