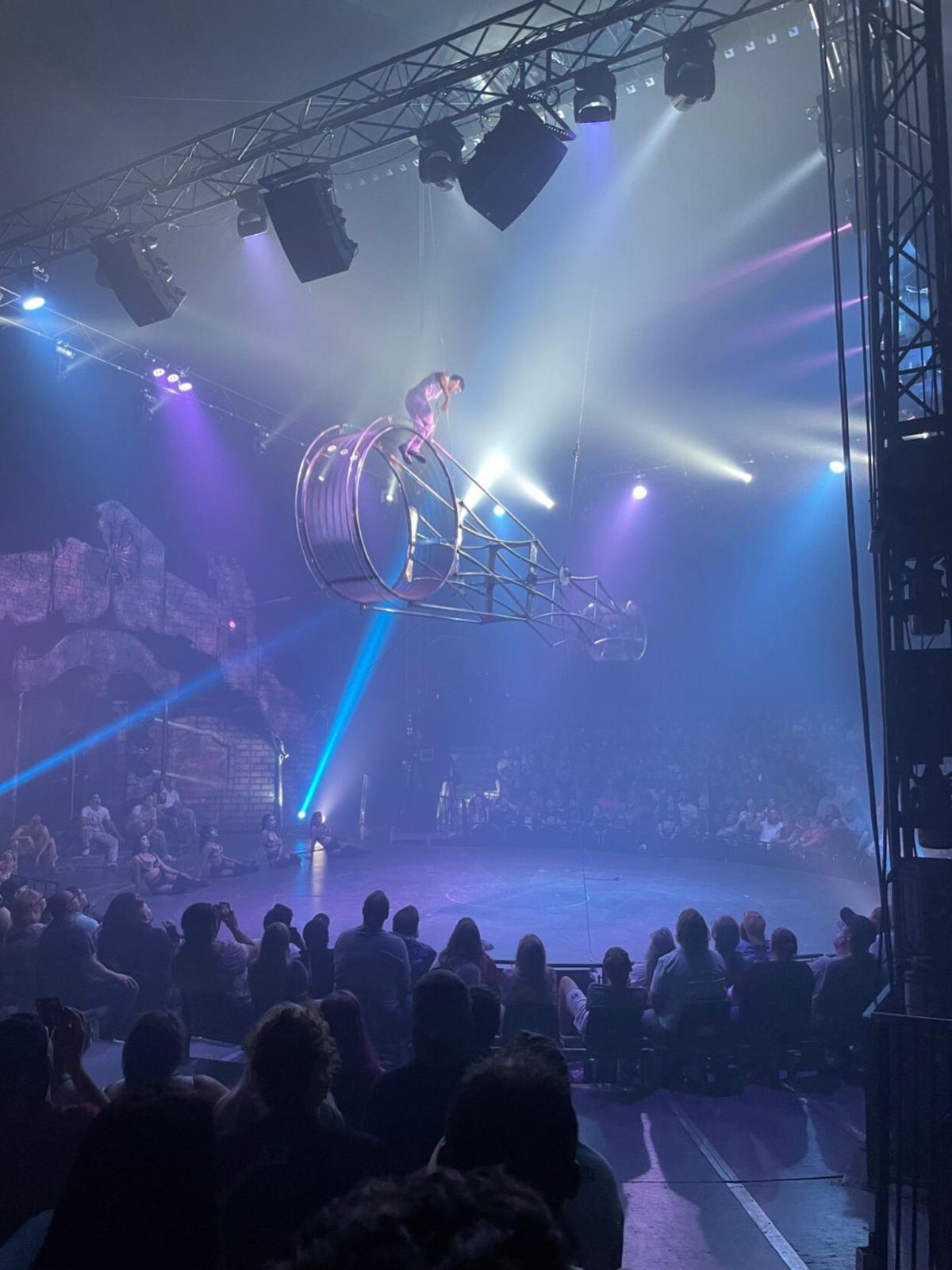 Luigi Hernandez rolls around the Wheel of Death in the Paranormal Cirque. 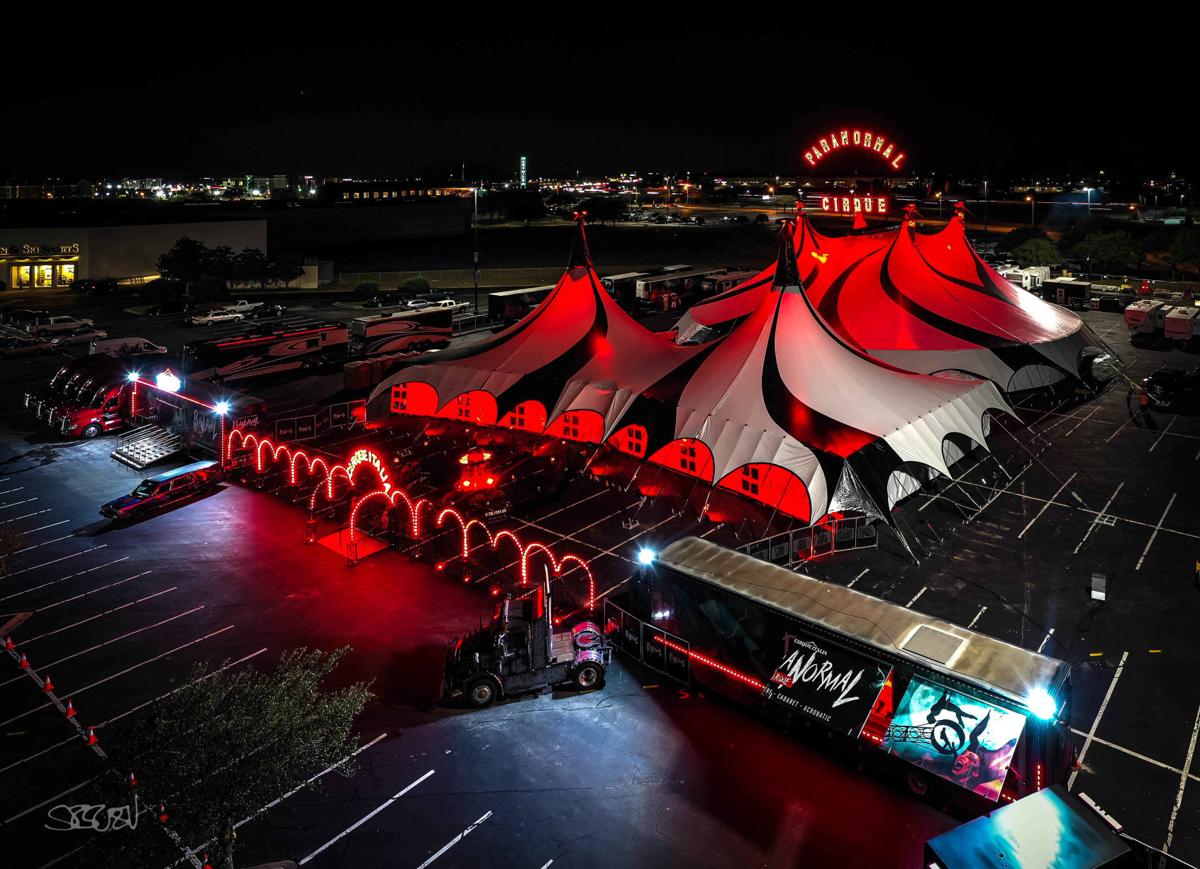 The traveling Paranormal Cirque will perform now through Sunday, near the former Sears at the Southern Hills Mall. 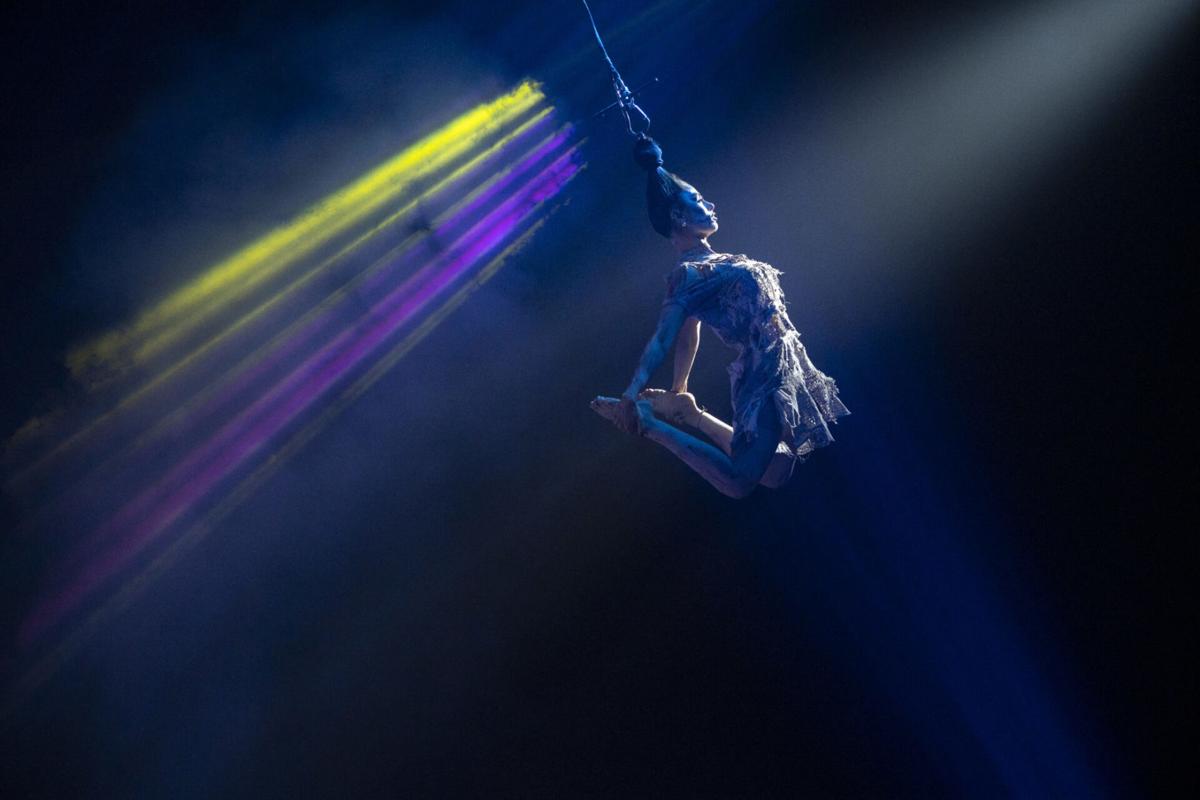 Acrobatic performer Argentina Portugal flies through the air, hanging by her hair. See other hair-raising acts when Paranormal Cirque performs under the big top in the parking lot at Southern Hills Mall, now through Sunday.

In a tent in the mall’s parking lot, all sorts of ghouls, monsters and zombies romped in Paranormal Cirque Thursday night. Similar to other Cirque Italia shows (but with a horror overlay), this easily could have been a Rod Zombie concert or an Alice Cooper freak show. Think: Criss Angel and you won’t be far off.

What separates this from previous editions is its pre-show. Before you even get to your seat, you have to venture through a maze of stick-thumping “attendants.”

Once in the theater, you see the outside of a castle ruled by a hooded Grim Reaper. Then, after a few frightening sounds, a group of zombie acrobats come out and the show begins.

At the opener, the horizontal bar routine had Olympic ambitions. It was well-choreographed and, yes, the zombies stuck the landings.

Costumes, heavy on leather and spikes, helped carry out the theme, even when the acts could have been more comfortable in other settings.

Luigi Hernandez, with his spinning “Wheel of Death,” was the clear-cut star, even though magician James Giroldini dominated the show’s second half. Making women appear and disappear in record time, Giroldini emerged from a fiery coffin, survived saws and spikes and, for good measure, turned up in the audience just when you thought he was in danger.

He figured into a couple of first-act routines, as well, but his nun skit went on a little too long and explained why there’s a parental guidance warning on the show. Giroldini was good at working with an audience but his magic tricks weren’t any you haven’t seen in other shows.

Like Hernandez, Jhon Villegas and Argentina Portugal wowed with numbers that were more than a little dangerous.

Villegas hung from silks and flew over the crowd; Portugal covered the same turf swinging from her hair. While Ben Holland was extremely creepy as a caged man who could twist in all sorts of positions, his participation should have been felt in the second act, particularly since he was like the Grim Reaper’s sidekick.

While the show’s music was more than a little loud, it didn’t win the overkill award. That went to the night’s smoke machines. Often, they were so intense you couldn’t see the acts in the center ring.

Thankfully, you couldn’t miss Hernandez jumping up and down on his wheel. He was amazing, providing the thrills while others brought the chills.

If you plan to attend one of the weekend shows, dress for comfort. The tent is hot and officials recommend attendees wear masks.

Paranormal Cirque has shows through Sunday in the Southern Hills Mall parking lot.

Paranormal Cirque is a circus with a spooky, sexy twist

SIOUX CITY-- The circus is in town, but don't expect to see any dogs, ponies or, even, clowns doing schtick.

Don’t write an obituary for circuses. Cirque Italia proves there’s plenty of life in the format, as long as you add water and shake vigorously.

Luigi Hernandez rolls around the Wheel of Death in the Paranormal Cirque.

The traveling Paranormal Cirque will perform now through Sunday, near the former Sears at the Southern Hills Mall.

Acrobatic performer Argentina Portugal flies through the air, hanging by her hair. See other hair-raising acts when Paranormal Cirque performs under the big top in the parking lot at Southern Hills Mall, now through Sunday.