LOS ANGELES – Don’t be so quick to judge “The Bachelor’s” way of meeting a potential mate.

Colton Underwood, the current titleholder, says it’s a great way to connect with women “I might not have given a chance.”

A contestant on the 14th season of “The Bachelorette,” Underwood says the process has allowed him to have deeper relationships and expose another side of his personality.

“You get to express yourself and be comfortable in your own skin,” the 27-year-old says. “You get to be confident or emotional or whatever the situation calls for. It lets you be present in the moment.”

If that means crying with someone who could be his wife, so be it.

“Sure, I look back and say, ‘I could have handled certain situations better. I could have done things differently.’ But if I continued to do that I think I’d drive myself nuts. I’m proud of what I’ve put on film and on tape.”

He’s even OK with the overemphasis on his status as a virgin.

“I knew coming in they were going to talk about my virginity,” Underwood says. “I knew it was going to be a storyline on its own. Do I think it’s overplayed? Yes, I do.”

Now, when people mention that talking point, he doesn’t dismiss them or ignore the subject. He freely answers questions and realizes everyone hasn’t seen every interview he has done.

Ben Higgins, a previous “Bachelor,” has been good at advising him about instant celebrity. “Don’t be afraid to say what you believe in,” he says, quoting his mentor.

“I don’t know if I could ever give anybody advice because everybody has to handle (the show) in their certain way,” Underwood says. “You have to make mistakes and do things your own way.”

Like Higgins (who was on the 20th season of “The Bachelor”), he hasn’t shied from the spotlight. Higgins used the exposure to promote causes and businesses. Underwood, who has a foundation to raise money for cystic fibrosis research, would like to do that, too.

While Underwood was signed with the San Diego Chargers and was on the practice squads of the Oakland Raiders and Philadelphia Eagles, he retired from football and has since crafted a career in television.

A future there is likely: “If the opportunity presents itself, I’ll weigh the option and, if it’s right for me, I’ll do it. Right now, I’m enjoying being present as ‘The Bachelor.’”

Largely, that means serving as an ambassador for the series. “It’s amazing how many fans the Bachelor Nation has,” he says. “I ran into Scott Foley and he said he and his wife watch the show every week…and I’ve watched him on ‘Scandal.’ It’s really cool – and unbelievable.” At any party, he’s the one guests will ask, “Can I take a picture?”

The position comes with other perks, too, including an extensive wardrobe. “For three days you try on clothes all day long,” he says, his eyes widening. “You get a ton of clothes and you can say you don’t like something.”

While filming in Asia, Underwood says he and host Chris Harrison worked out every day. “We went for runs on the beach and got to know each other better.”

When Harrison had to ask tough questions on camera, Underwood wasn’t afraid to answer them.

Naturally, Underwood is prevented from saying if he found love on the show. He did, however, enjoy visiting with the finalists’ families. “They gave me insight into the women that I might not have seen when I spent time with them. You can learn a lot when you talk to friends or people who impacted their lives.”

When Underwood first met his potential mates on the season’s first show, he didn’t worry about the odd things they did or said.

How many of these “Bachelors” do you remember?

Could he have made a mistake by dismissing someone too early? “I don’t think you can worry about that,” he says. “I stayed calm and true to whom I was the entire time. I’m proud of how I handled situations.”

How many of these “Bachelors” do you remember?

REVIEW: Even a sloth couldn't slow down 'The Bachelor'

The Miss America Pageant’s ratings have been declining for years. The reason could be “The Bachelor."

'This Is Us' reveals Beth's backstory, complete with Phylicia Rashad

LOS ANGELES – When Susan Kelechi Watson discovered Phylicia Rashad was going to play her mother on “This Is Us,” she couldn’t help but make a …

No rookie, Nathan Fillion marks 25 years in the business

If “Cold Pursuit” teaches us anything, it’s this: Don’t crowd the plow.

When the remake of "A Star Is Born" came out, it quickly shot to the top of the Oscar hopefuls list. Prognosticators figured director Bradley …

LOS ANGELES – Scott Foley loves the idea that “Whiskey Cavalier” is a throwback to those espionage shows from the 1980s and 1990s.

Robin Tunney draws from Marcia Clark's experience for 'The Fix'

LOS ANGELES – Starting a new series is like making dinner for 20 in a kitchen you’ve never been in, says actress Robin Tunney.

It pays to spend money where it counts. “How many times have you slept in a hotel and you put your head on a pillow and it’s awful. Spend a couple hundred dollars more," Rodgers said. Great water pressure, Fletcher insists, is also a must.

The 28-year-old Weber says the experience has been just as exciting as he thought it would be. “It’s the most fun, romantic, exhilarating experience I’ve ever had in my life,” he says. “I’m so happy I did it.”

SpaceX crew returned to Earth and other space news you missed 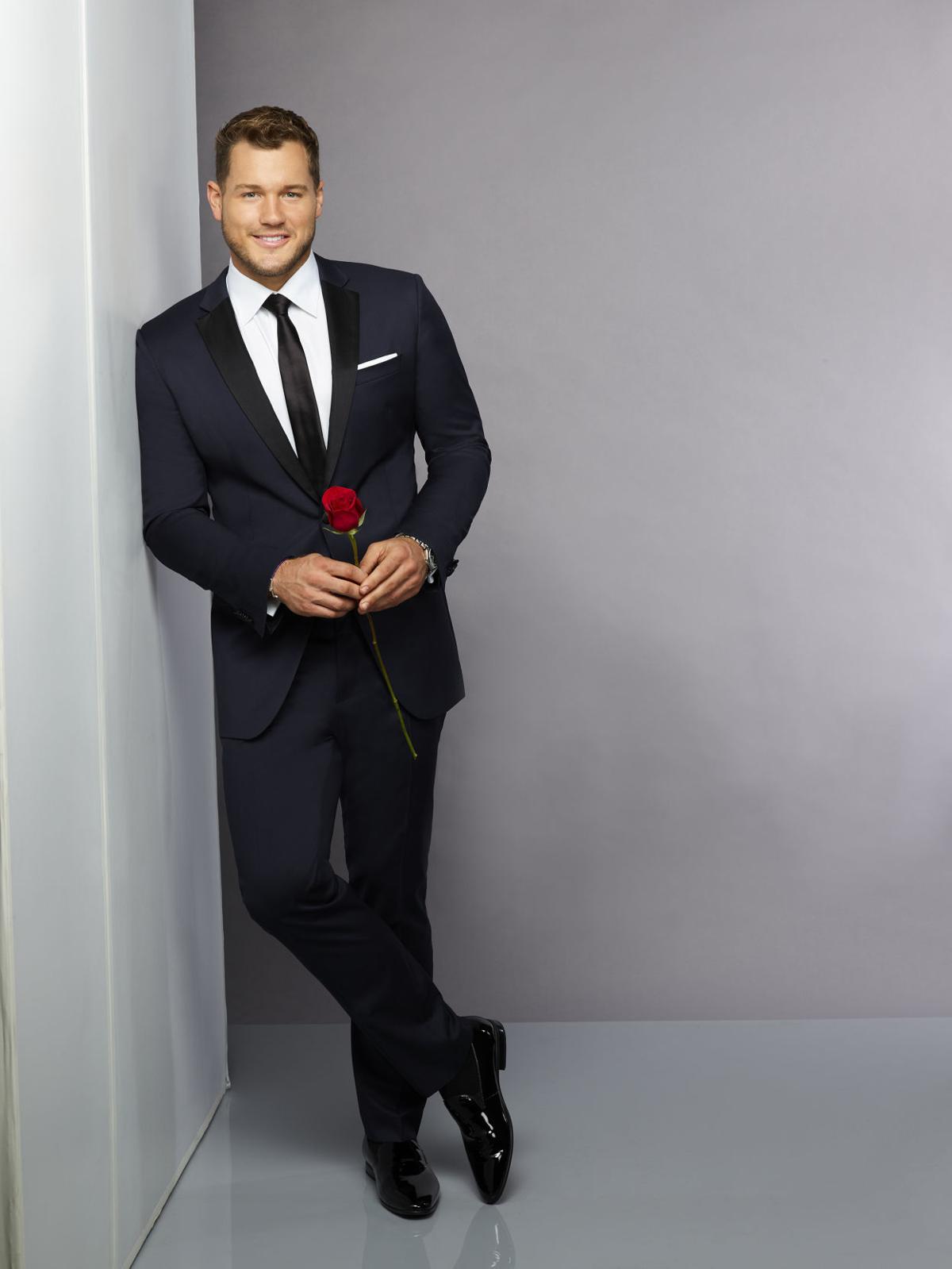 Colton Underwood is the latest titleholder on "The Bachelor." 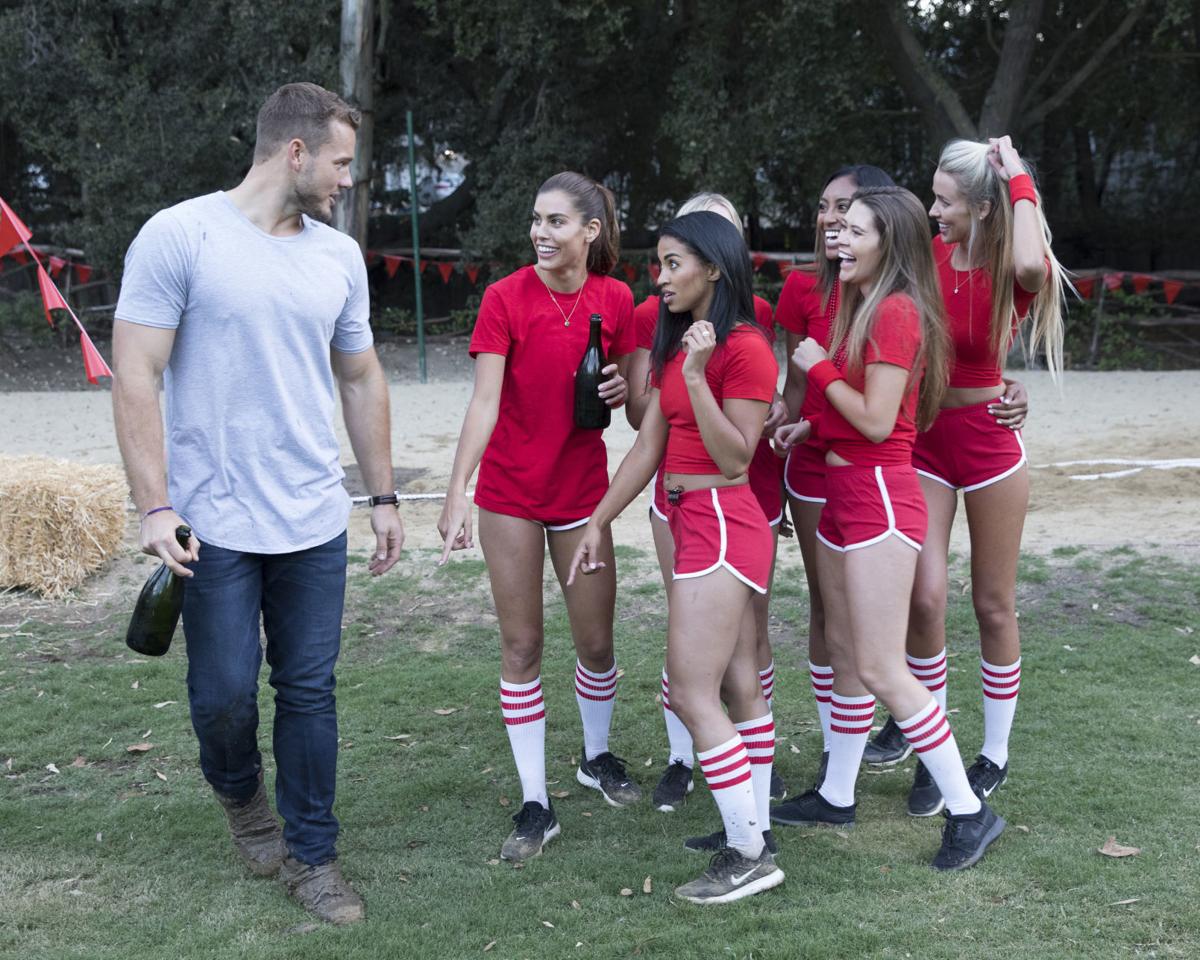 Colton Underwood takes his dates out to a field to test their athletic ability on "The Bachelor." 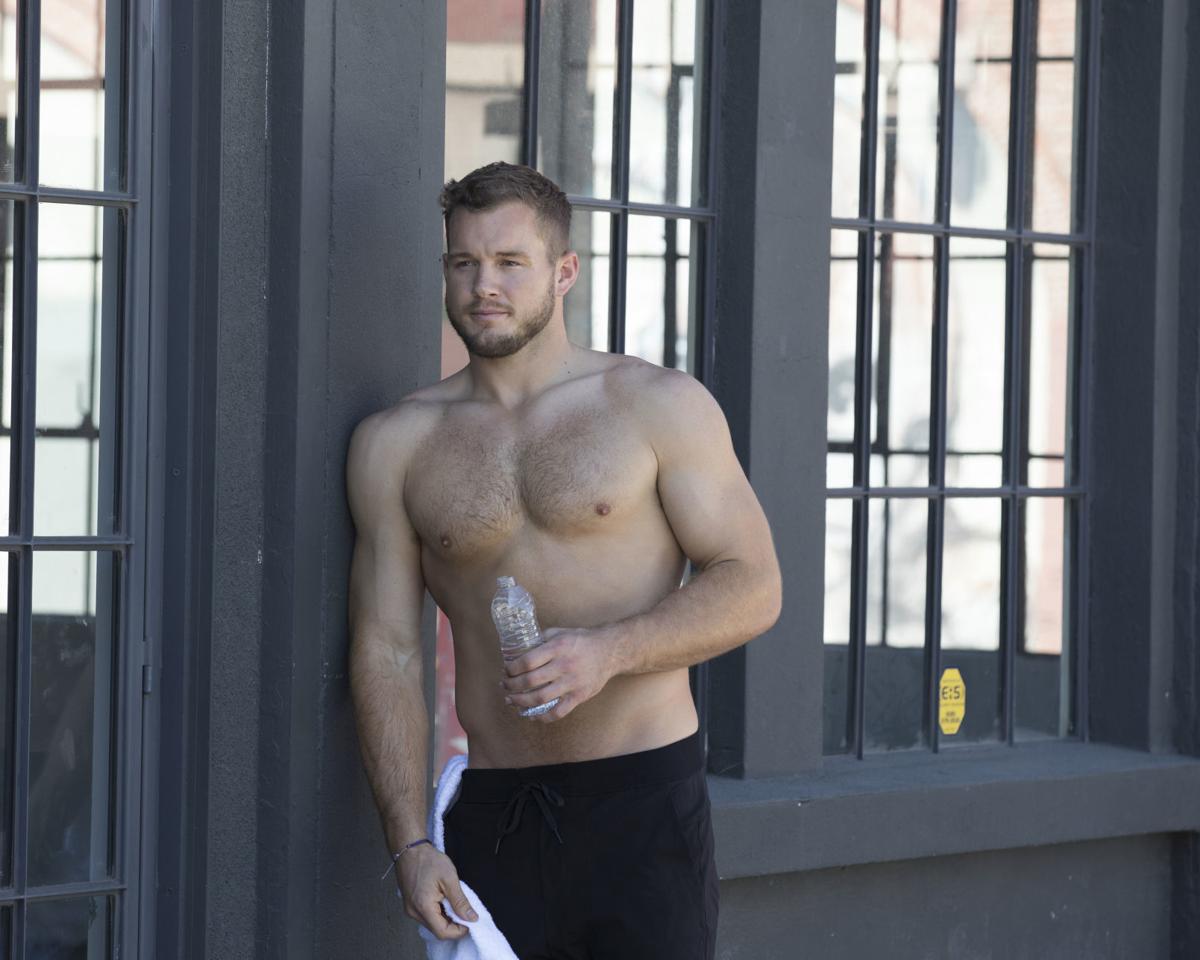 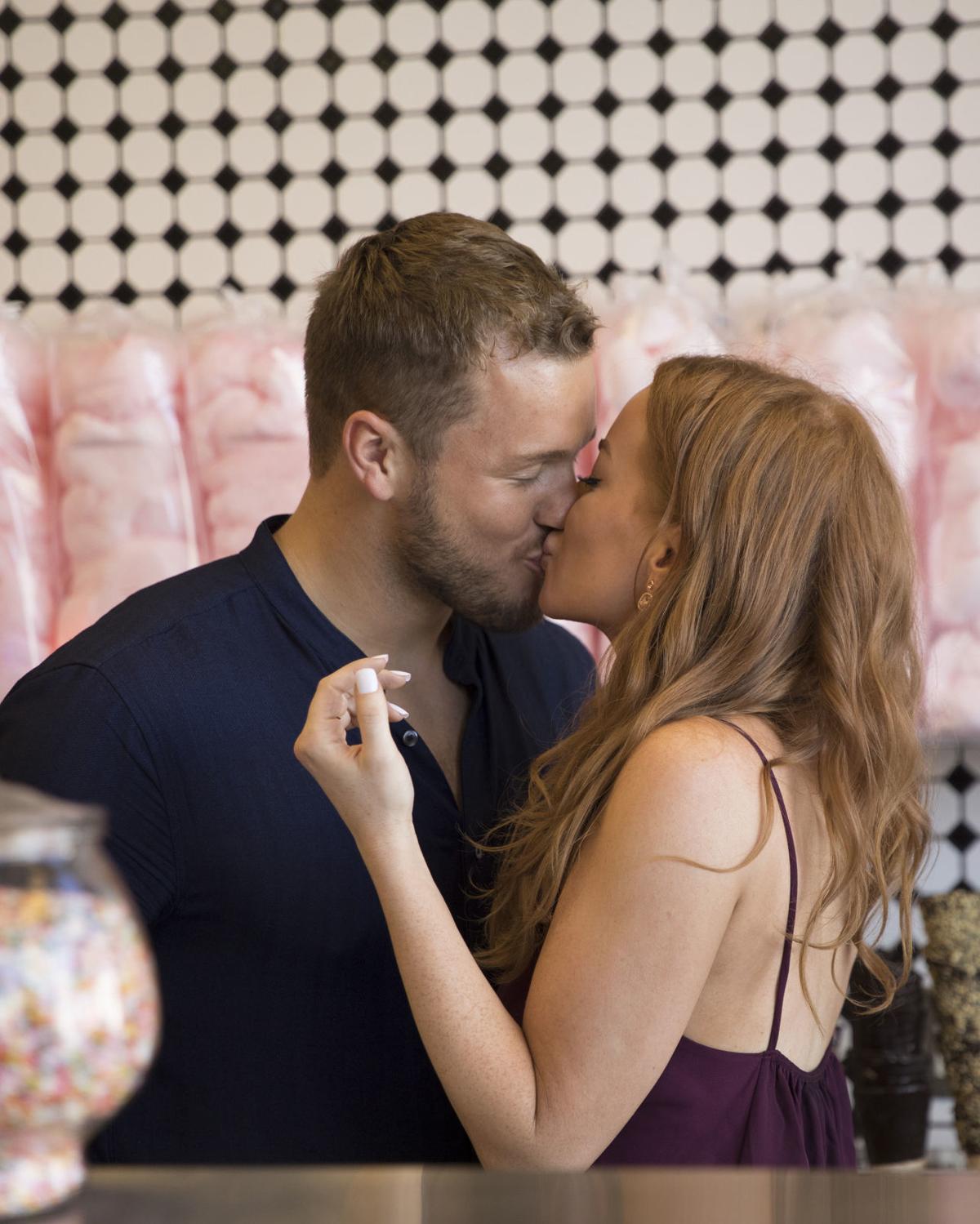 Colton Underwood shares a kiss with Elyse on "The Bachelor." 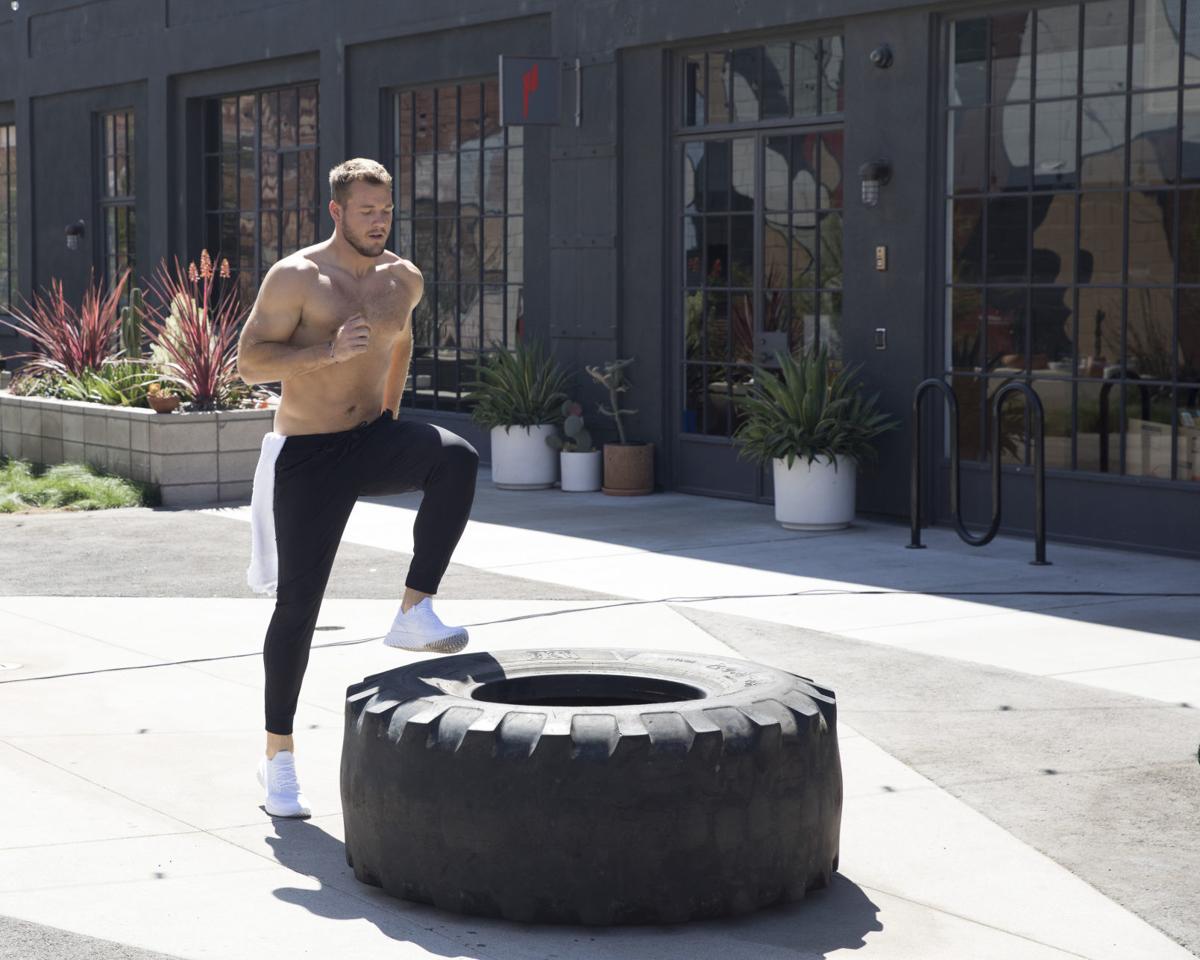 Working out is one of Colton Underwood's favorite things to do. 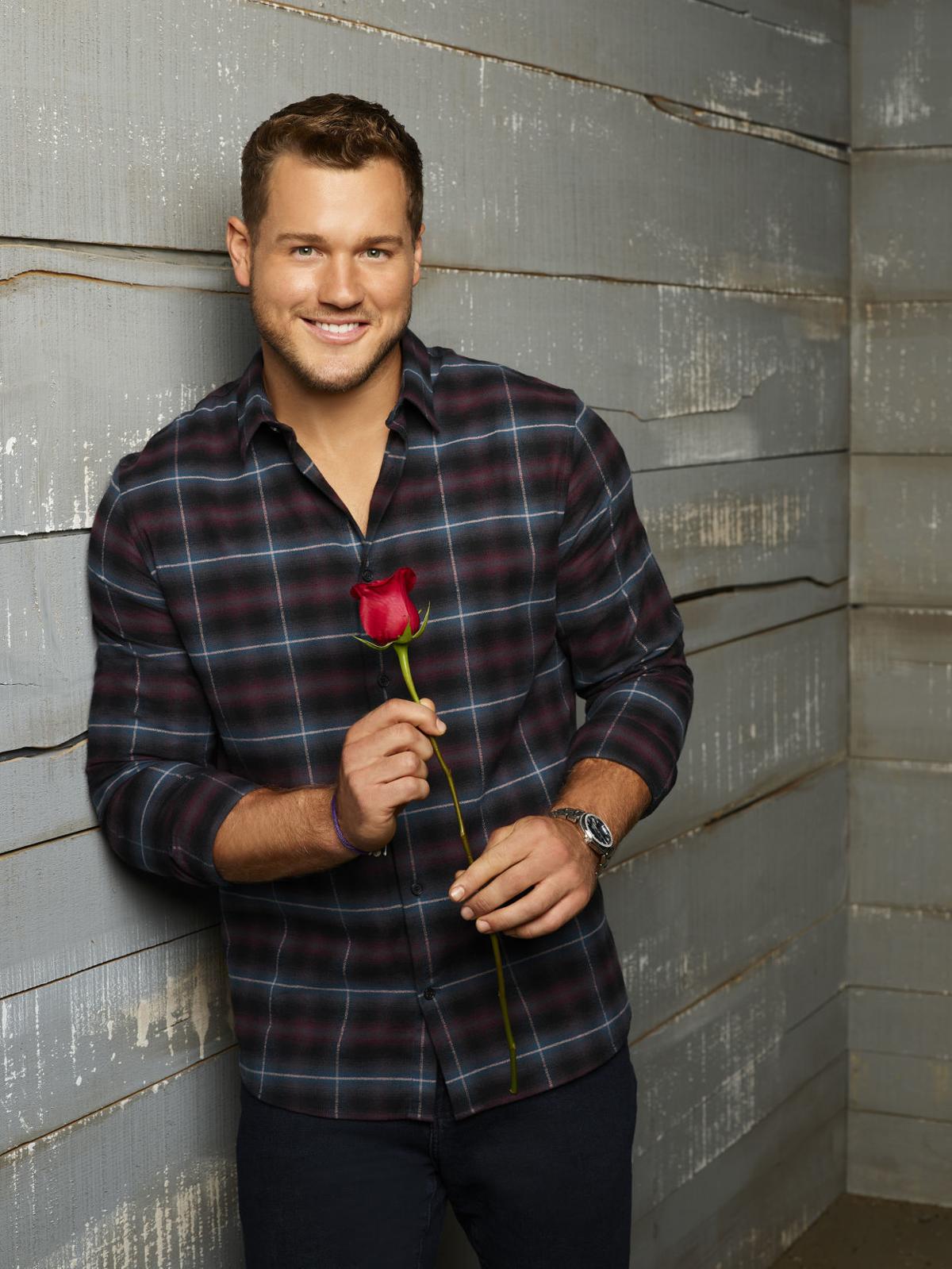