Rams vs. Cardinals: Updates and scores from the NFL playoffs

SIOUX CITY — Two hours before the noon kickoff of Morningside University and Northwestern College's third football game of the year, the scoreboard inside Elwood Olsen Stadium on the Morningside campus is already illuminated.

And though the 90 minute countdown to game time hasn't started yet, the main lots to the east and west of the site of the NAIA Football Championship Series semifinals battle between the Mustangs and the Red Raiders are filling up. Fans of both teams, separated by about 45 minutes, are bundled up and enjoying all-sorts of pregame activities. People on either side of the pigskin divide are flinging footballs back and forth to each other though nobody quite has the zip of Red Raiders quarterback Tyson Kooima or Mustangs signal-caller Joe Dolincheck.

Three clusters of Mustang loyalists have games of cornhole going though, with gloves, it's difficult to have a deft touch. A noticeable part of the Morningside fan attire is a maroon stocking cap while the Northwestern contingent, which is in the smaller lot, is rocking as much red as possible.

The plates for the cars parked on this stretch of pavement are "more exotic" and from farther off locales such as: Calhoun County, Cherokee County, Lyon County, Osceola County and Sioux County. Spread out among the caravan, there are at least seven grills going as well as a few visible slow cookers. Two groups have country music pumping out of their speakers. A gentleman with a gray goatee and a Hawkeyes cap is offering home-cooked, savory pork belly to anyone who will sample it.

One of the pieces of pig goes to Mark Kleinwolterink who is tending to grilled mushrooms with a single beer perched near by. "Mushrooms and jalapeno poppers," Kleinwolterink said when asked what two of his tailgating staples are. According to him, some folks will cook the same thing week after week and feed the kids who are competing once the game wraps.

Just down the row from him, a double-digit group of 20-somethings swears by the sauteed mushrooms and the poppers. "Jalapeno poppers are always being passed around," one relays. Before they migrate into Elwood Olsen Stadium, this group will do a ceremonial shot of Fireball Cinnamon Whisky and make one member give a speech. "Hopefully Jackson," someone jokes.

For a sweeter option, Northwestern fan Cheryl Van Beek said that there are supplies of caramel rolls that boost a lot of butter. At certain times of the year, she said that fans will have a "souper tailgate" with free-will donations. "It's a community and we support each other," she said.

As for the game itself, Van Beek shows a degree of deference to Morningside: "I think we make each other better," she said.

Over in Morningside land, Mustangs fan Shawn Pingel is tucked into a camo jacket and worrying that it's going to be a close game. Pingel, Cas Rabe and Doug Sievert, who's standing inside of a large trailer filled with food, say that this week's theme is Mexican.

"Whatever the boys want when they're done playing," Sievert said.

Nearby, Lynette Harvey is similarly focused on feeding the kids. In here, she's responsible for getting food to the dance group. This week the main culinary option is breakfast pizza from Casey's. Other times it's been loose meat sandwiches. When asked who is going to win, she pauses and then says: "We're gonna win. You bet."

The Mount Rushmore of food options

While there was plenty of good eating to be had at Saturday's tailgate before the Morningside-Northwestern football game, only four items were worthy of our highest recognition.

Elsewhere, the song "Narcos" by the Atlanta rap group Migos is blasting from a portable. "Cut throat like Pablo," one line goes.

That level of energy is matched by Morningside backer Fred Johnston who jokes about the game being a runaway for his team. After those playful provocations though, Johnston takes on a more sober tone and echoes something that Van Beek said from the Northwestern perspective.

"We made them who they are and they made us who we are," he said.

There were at least 10 official watch parties for the Morningside Mustangs as well as gatherings at restaurants in five other states.

SIOUX CITY – Lisa Casey is helping Native American students in the Sioux City schools see what is possible for their future, encouraging them …

Overall, the project is projected to cost $2 million and will incorporate jumps and berms, as well as a pump track. Walkers, hikers and runners will be able to utilize the single-use trails.

ORANGE CITY, Iowa — As expected, two of the best teams in NAIA football put on quite a show here Saturday.

For the second time in seven months, the Morningside Mustangs and the Northwestern Red Raiders will face off in the national semifinals at noon.

Northwestern quarterback Tyson Kooima will return to Elwood Olsen Stadium, the site of both his greatest triumph and the most agonizing moment of his football career. #naiafb 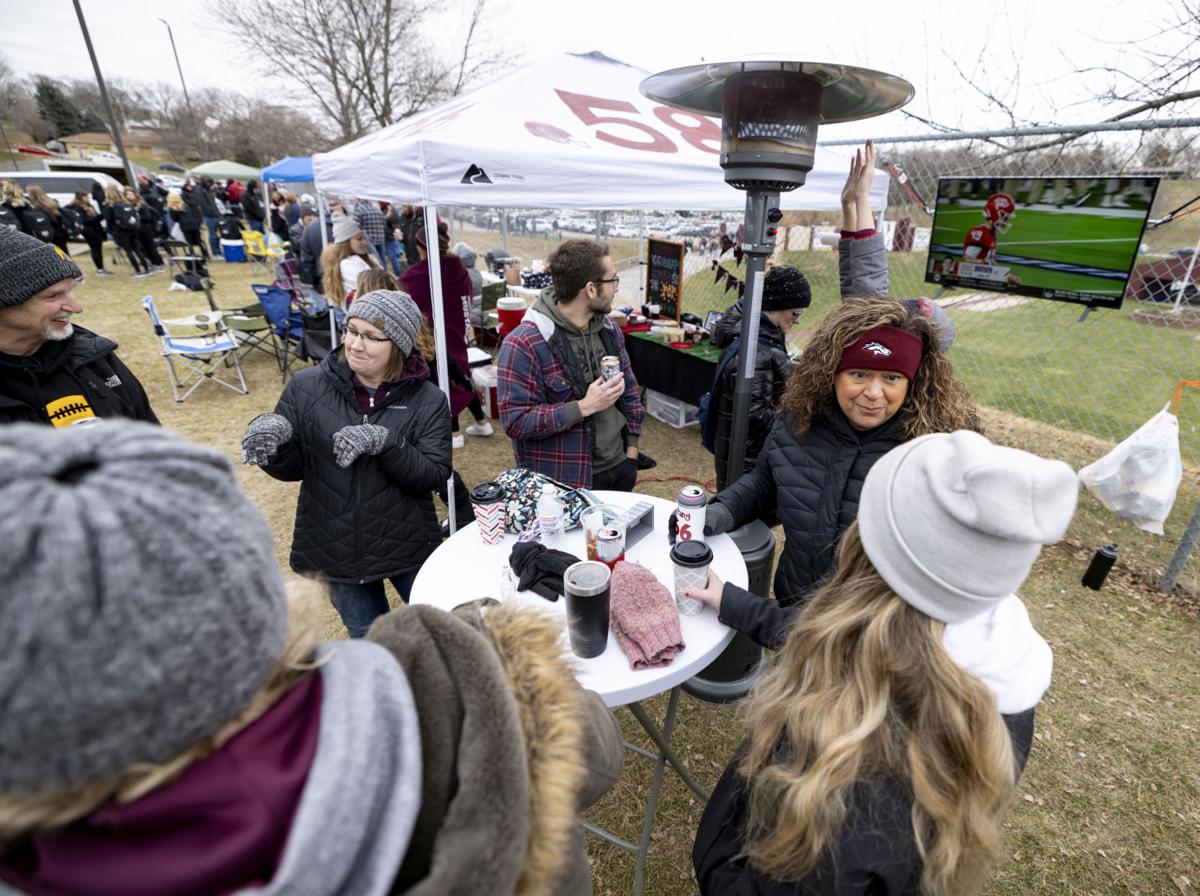 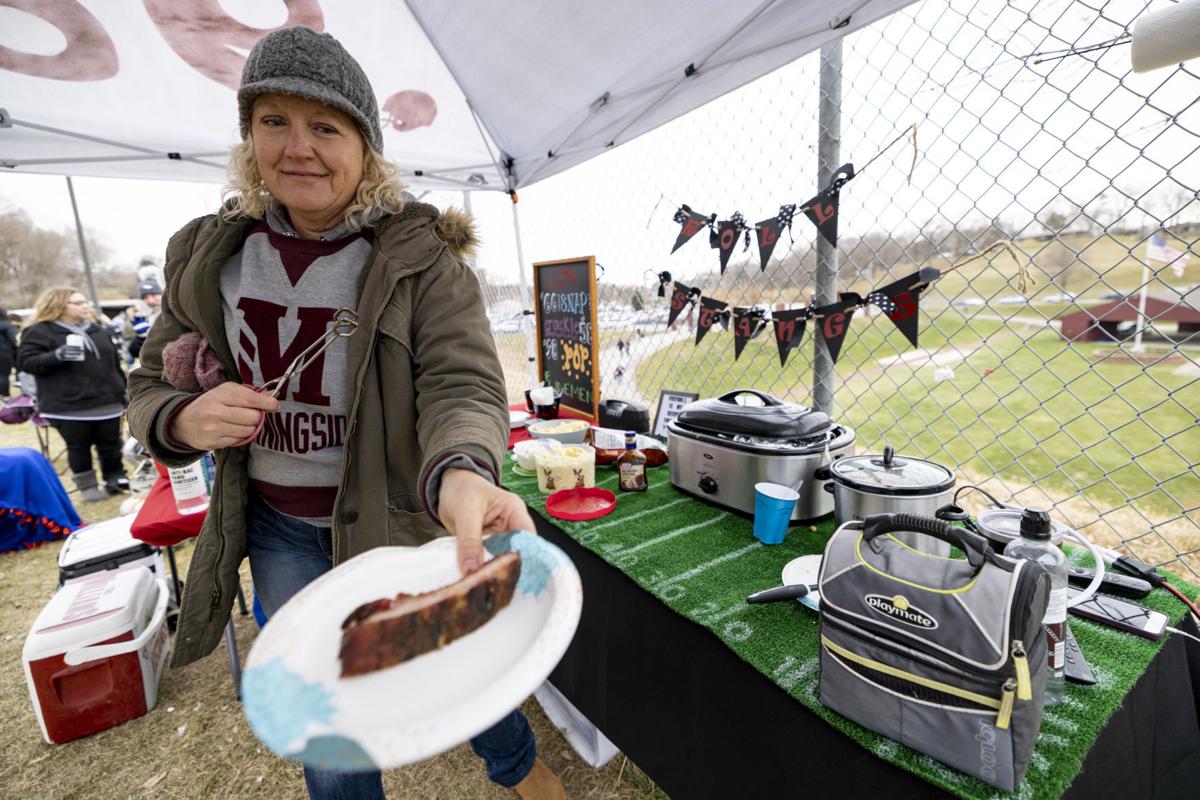 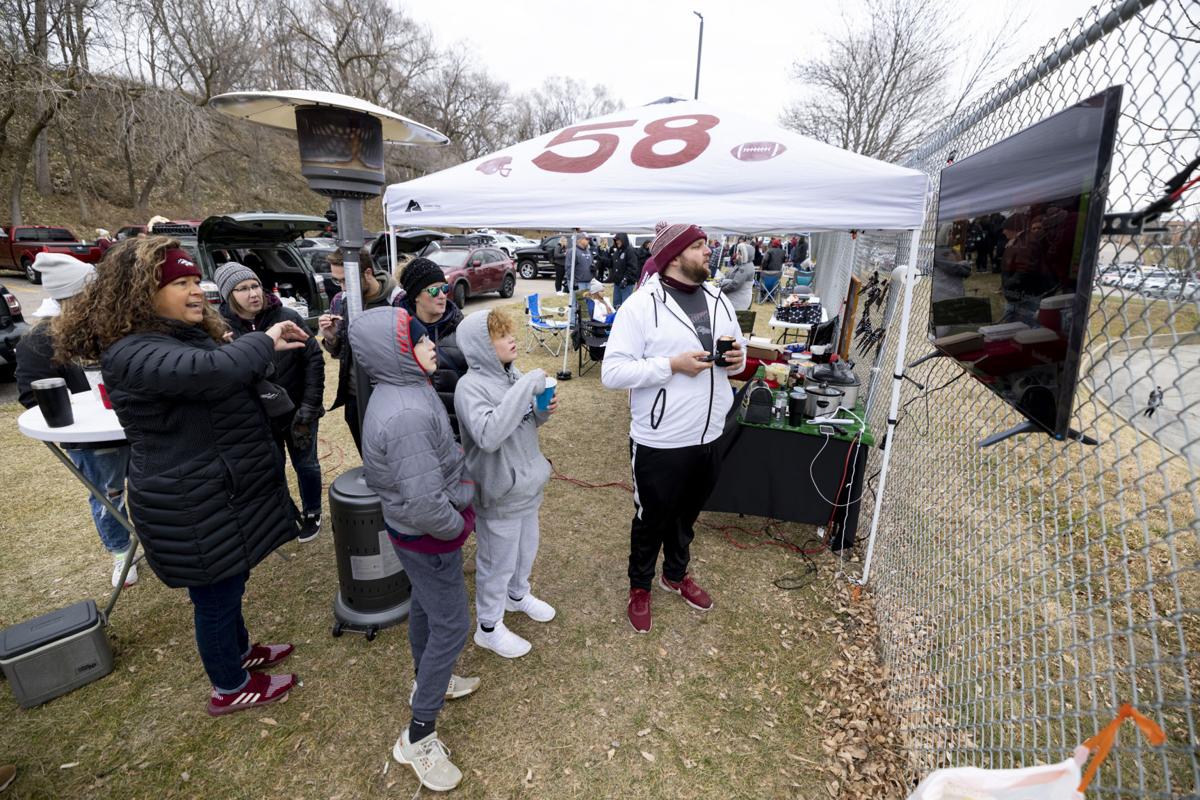 Tanner Kollbaum, brother of Morningside player Jonah Kollbaum, changes the channel on the television while tailgating with his family before Morningside plays Northwestern in the NAIA football semifinal game at Elwood Olsen Stadium in Sioux City, Iowa, Saturday, Dec. 4, 2021. 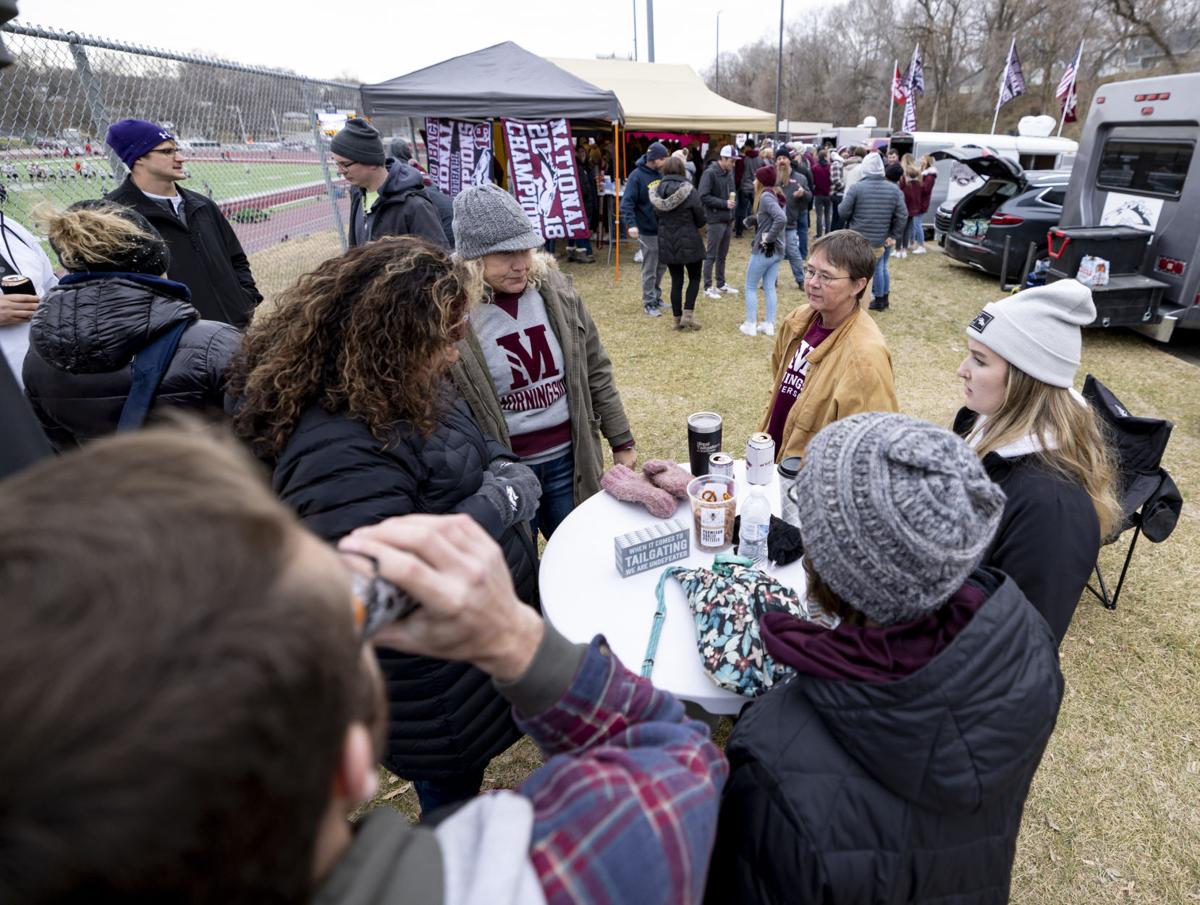 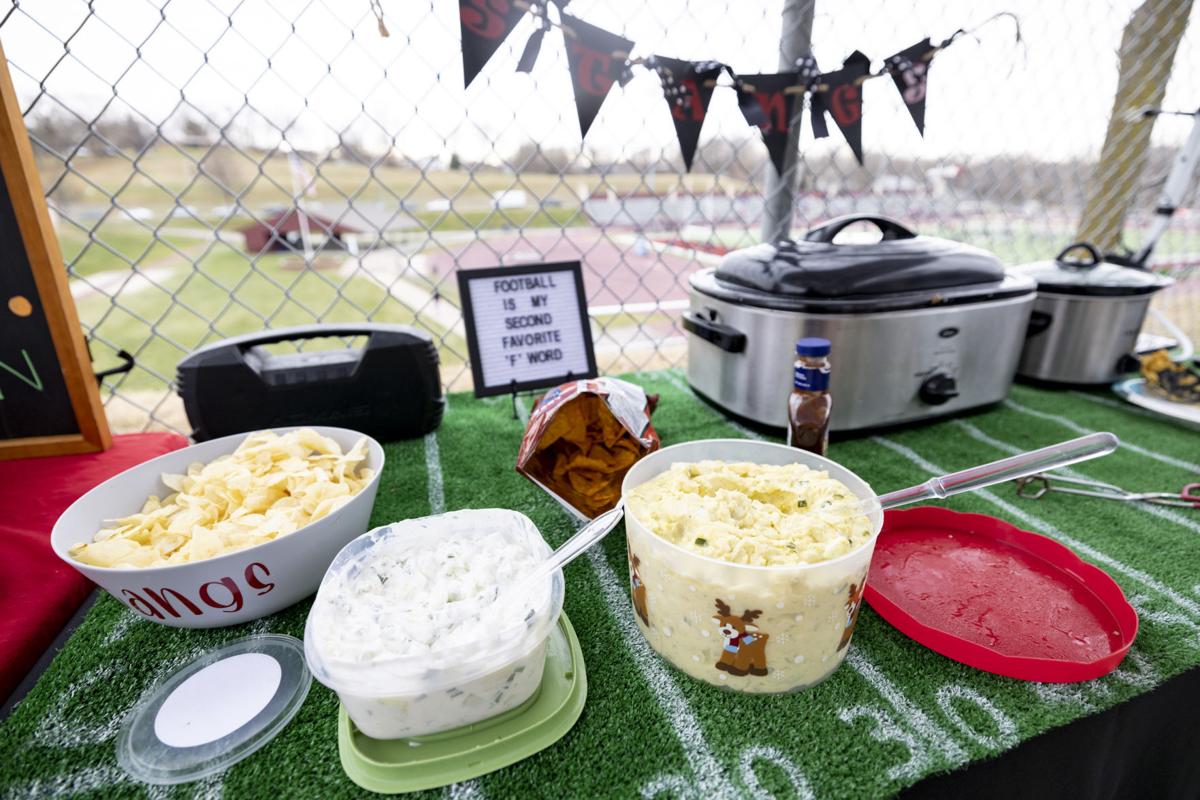 Arrays of food are laid out as tailgaters celebrate with drinks, barbeque, heaters, and friends before Morningside plays Northwestern in the NAIA football semifinal game at Elwood Olsen Stadium in Sioux City, Iowa, Saturday, Dec. 4, 2021.