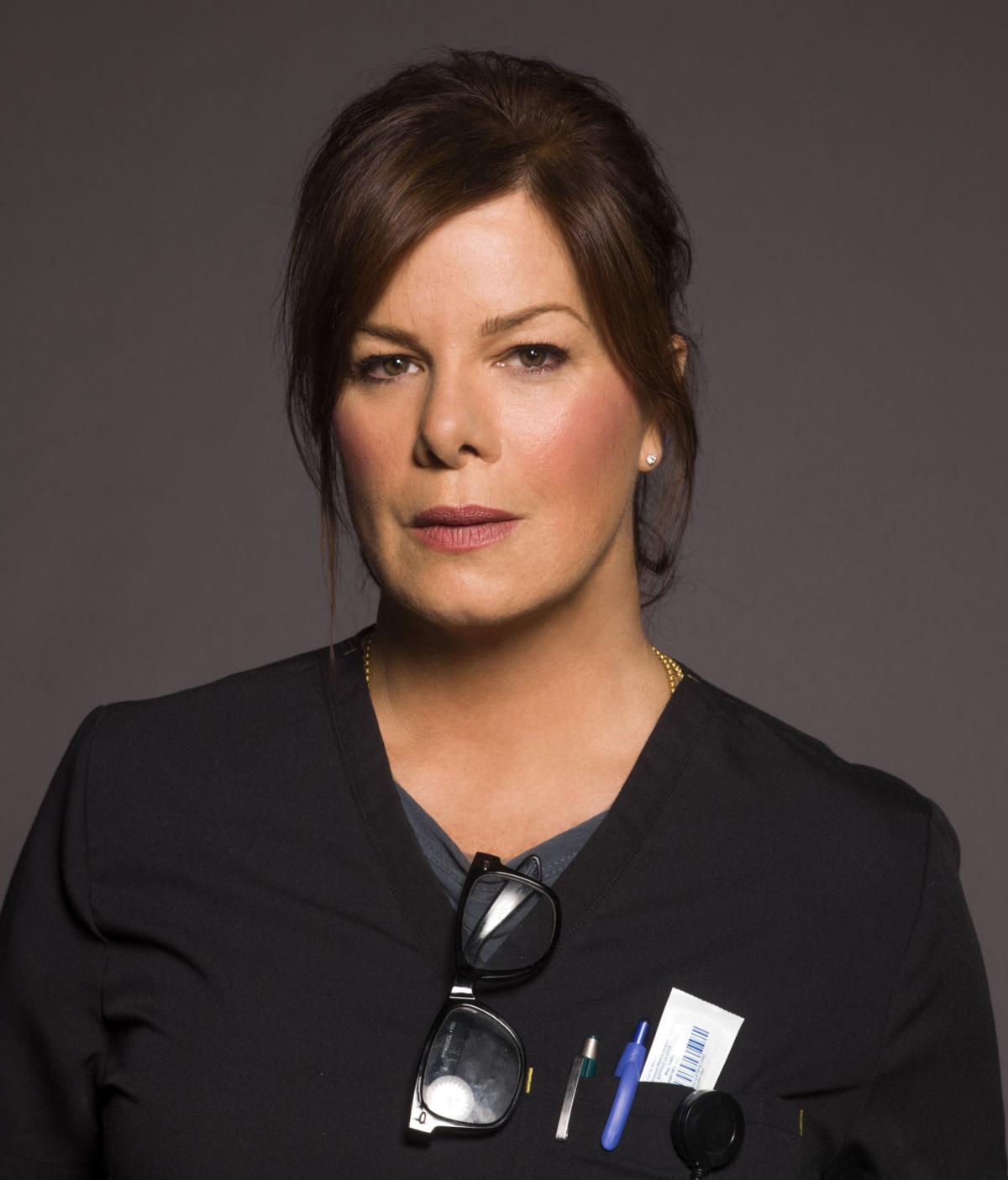 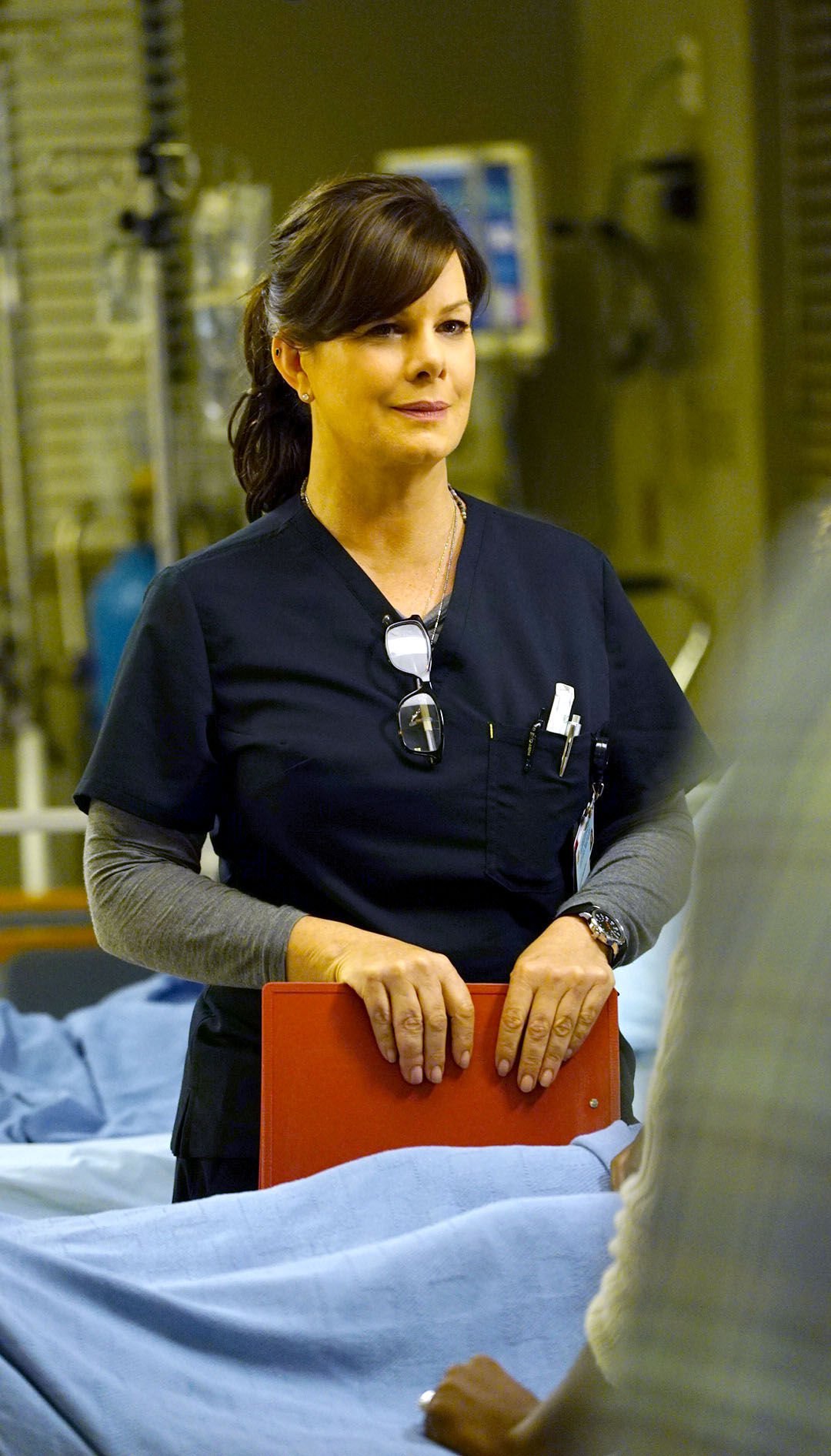 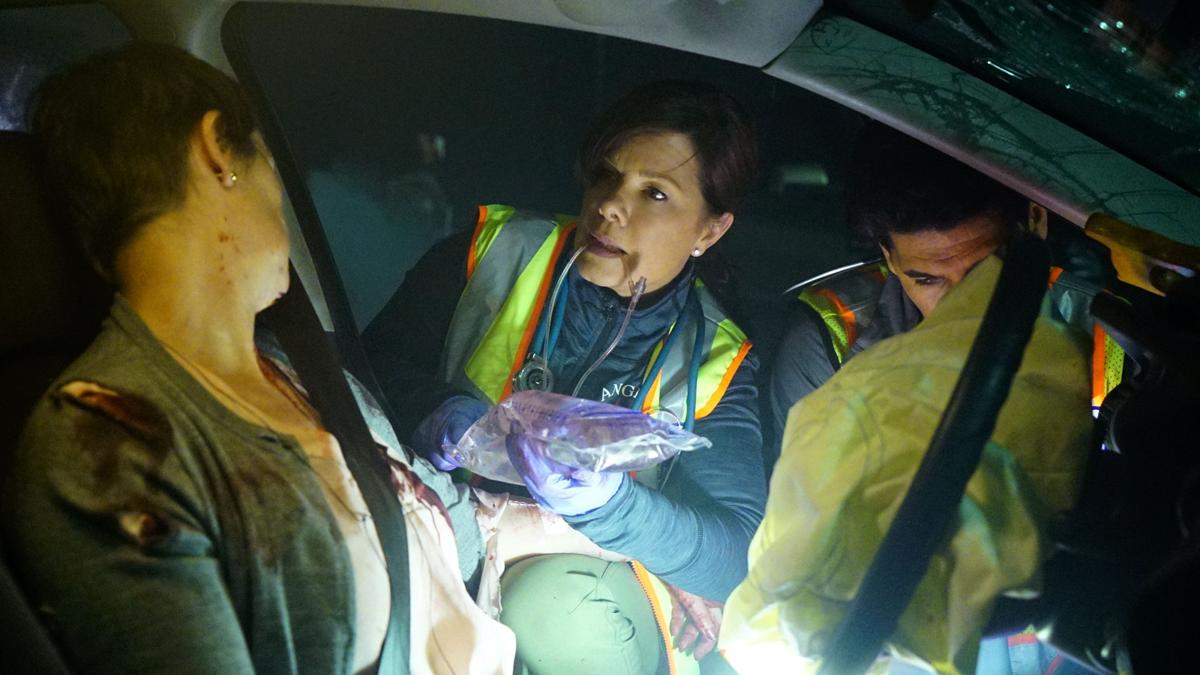 The doctors in "Code Black" find their own lives in danger when they arrive at the scene of a massive multi-vehicle accident on a highway covered in thick fog. Above, Marcia Gay Harden. 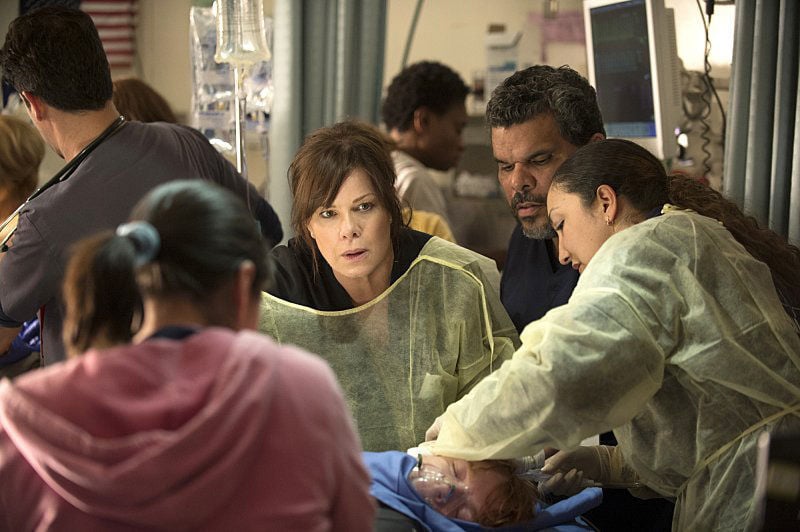 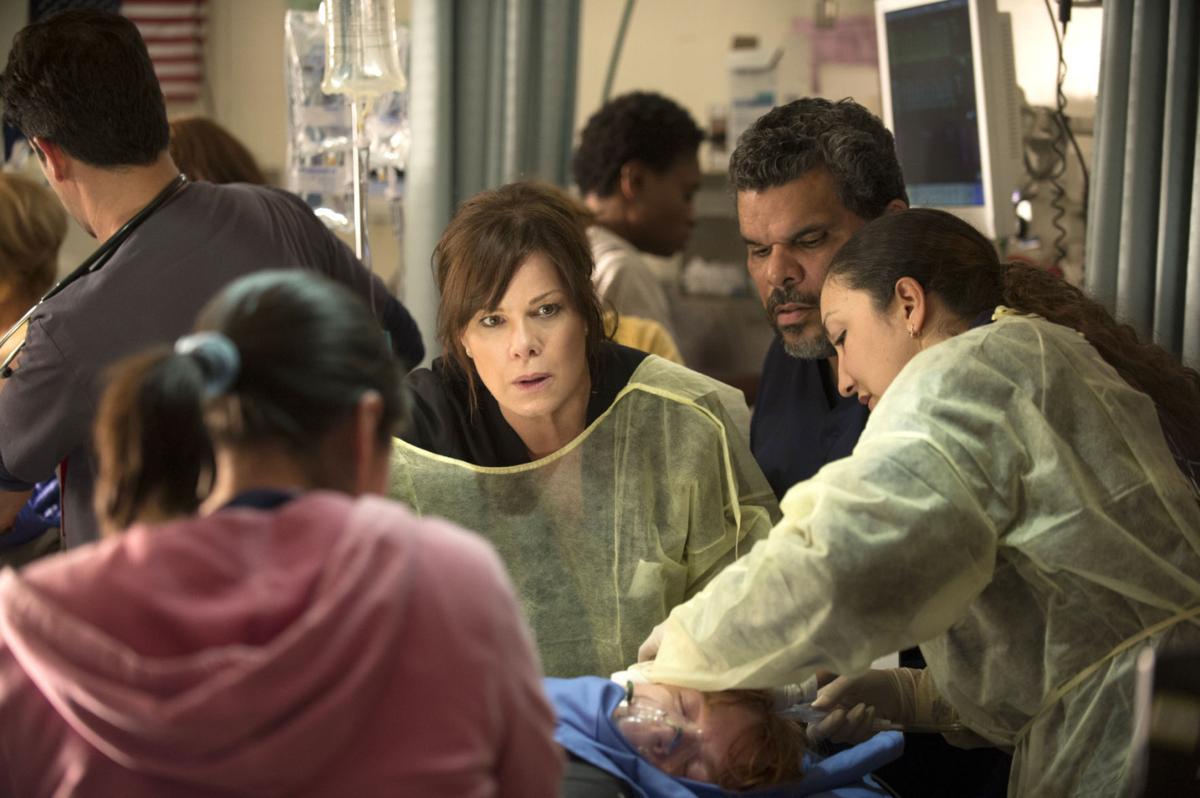 LOS ANGELES | Winning an Academy Award can change many things for an actor. But, says Marcia Gay Harden, “it doesn’t change what you think of yourself, what your kids think of you or what your friends think of you. It doesn’t even change the kind of work you do.”

Instead, it’s a validation of sorts -- that the work was good, that the role was large enough to get recognized and that peers thought enough of it to remember it.

“There’s an element of, ‘All right, check,” Harden says. “You’ve accomplished a dream on some level. But it’s a privilege and a blessing. It’s not something that you should take for granted.”

Harden won the statuette in 2001 for her work in “Pollock,” the screen biography of artist Jackson Pollock. She played his wife, Lee Krasner, and earned the respect of the painter’s family. Rusty Kanokogi, Krasner’s niece, and a pioneer in women’s judo, offered to let Harden lie in the artist’s bed, look at her belongings and drink in her inspirations. “She was amazing. She let me into this little world.”

Making “Pollock” taught Harden plenty about the business and the “privilege” that comes from being part of an acclaimed film.

It didn’t lead to more biographical roles, but it did prompt work. She starred in a number of films after that, starred on Broadway in “God of Carnage” and won her first Tony or, as she calls it, “another validation of the work.” More important, the play gave her a chance to work with James Gandolfini, who was coming off his Emmy-winning run on “The Sopranos.”

“He was a real leader,” Harden says. “He was a caretaker of the cast and he taught me plenty.”

When Harden was offered the leading role in CBS’ “Code Black,” the 56-year-old California native thought of him and what he brought to the “Carnage” company. “God bless his soul. I have him, Viola Davis, Jessica Lange and other people I admire to be my examples. But James was my biggest.”

The series -- her first in a leading role -- requires long hours and constant attention. Because the medical drama is set in a hospital emergency room, it’s necessary for all of the actors to be in most of the scenes. That spells 15- or 16-hour days and a lot of energy.

“Years ago I did ‘Chicago Hope’ as a guest star and it wasn’t like this,” Harden says. “Here you’re surrounded by 9,000 extras, you’re pretending you’re healing people and when they say ‘cut’ your hands are so full of sticky stuff you can’t use your cellphone. It’s intense.”

When Harden saw the documentary upon which it was based and read the initial script, she was smitten. “Nobody has come to me to play a role like this -- this fierce, rich general. That’s fantastic.”

The hardest part, she says, is making sense of the medical jargon. “It doesn’t mean anything to me. I have to learn what every certain thing is.” Acronyms help her understand some of the words but, often, it’s a matter of concentrating and plowing through.

Because medical experts are on set, Harden has gotten fairly good at approximating procedures. “If you need a thoracotomy, I can do it,” she says with a smile.

When she was shadowing doctors to play the role, the mother of three realized “nobody yelled, ‘Stat,’ nobody ran to the ambulances … but there was this urgent calm. They would assess, then figure out what they were going to do.” That helped inform her role as Dr. Leanne Rorish.

Years as an extra (she got her start on a Woody Allen film) taught her everyone is important on a production. “We were a number then -- which is very different from this. But I’ll always be grateful for the experience. That’s how I got my (guild) card.”

While committing to a series can be daunting (“Did I sign a seven-year contract?” she asks), she was able to negotiate time off for “the important stuff” with her children.

Acting isn’t done for awards, Harden insists. “It’s about telling a story. If you’ve got scenes that are written with a beginning, middle and an end, you’re lucky. You’re not just passing through.”

The nerves that come before opening night on Broadway are starting to return, says Aaron Tveit.

The Oscar race: 'Revenant,' 'Big Short' and 'Spotlight' come down to the wire

The Oscar race is a lot like the presidential race -- many candidates jockeying for position but no clear winner.

If you’re clueless tonight when you hear the names of the Academy Award nominees, don’t worry. Tuesday, a pack of films will be released on DV…

REVIEW: 'Galavant' gallops back onto television with more snark

You’ve got to love a series that addresses its inability to get an Emmy nomination for music.

There’s a drunk girl in every house.

Losing weight is easy, says Bob Harper, the new host of “The Biggest Loser.” “Keeping it off is hard.”

Pies can be a metaphor for life – humble crumble rhubarb, anyone? -- or so we learn in “Waitress.”

The doctors in "Code Black" find their own lives in danger when they arrive at the scene of a massive multi-vehicle accident on a highway covered in thick fog. Above, Marcia Gay Harden.