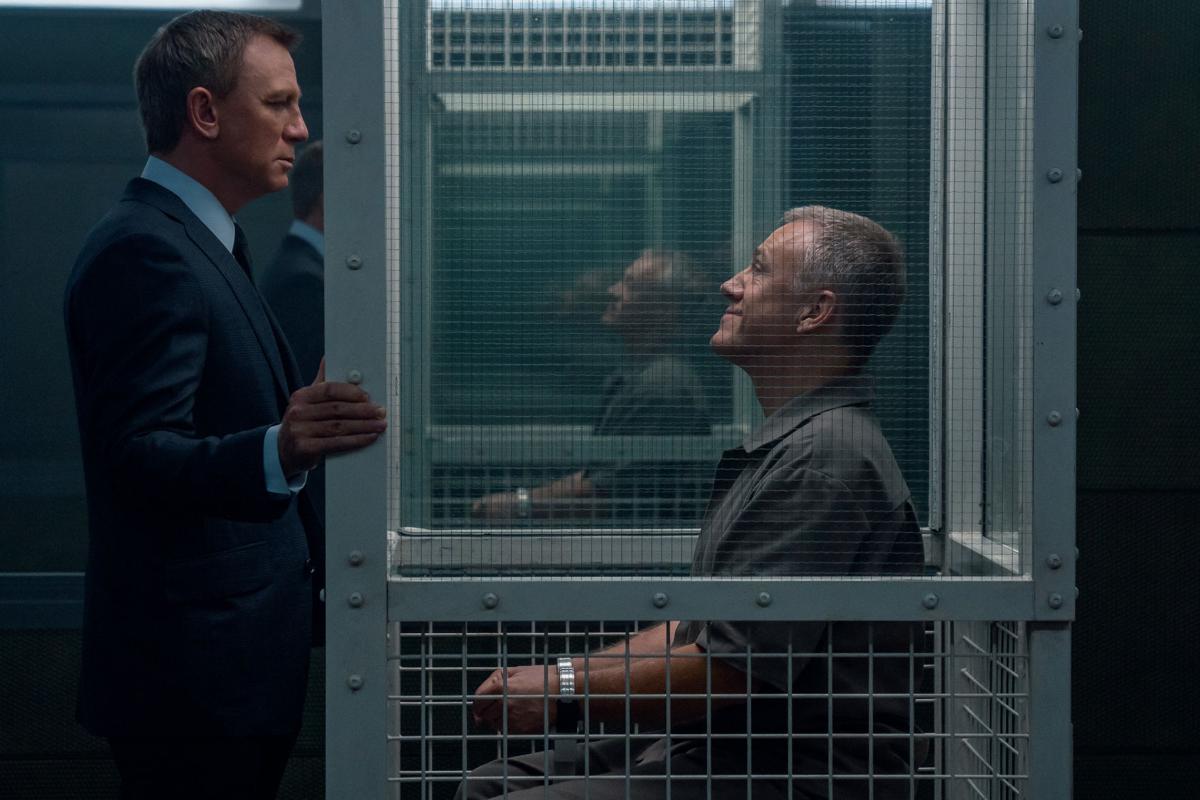 Daniel Craig faces off with Christoph Waltz, one of James Bond's old foes, in "No Time to Die." 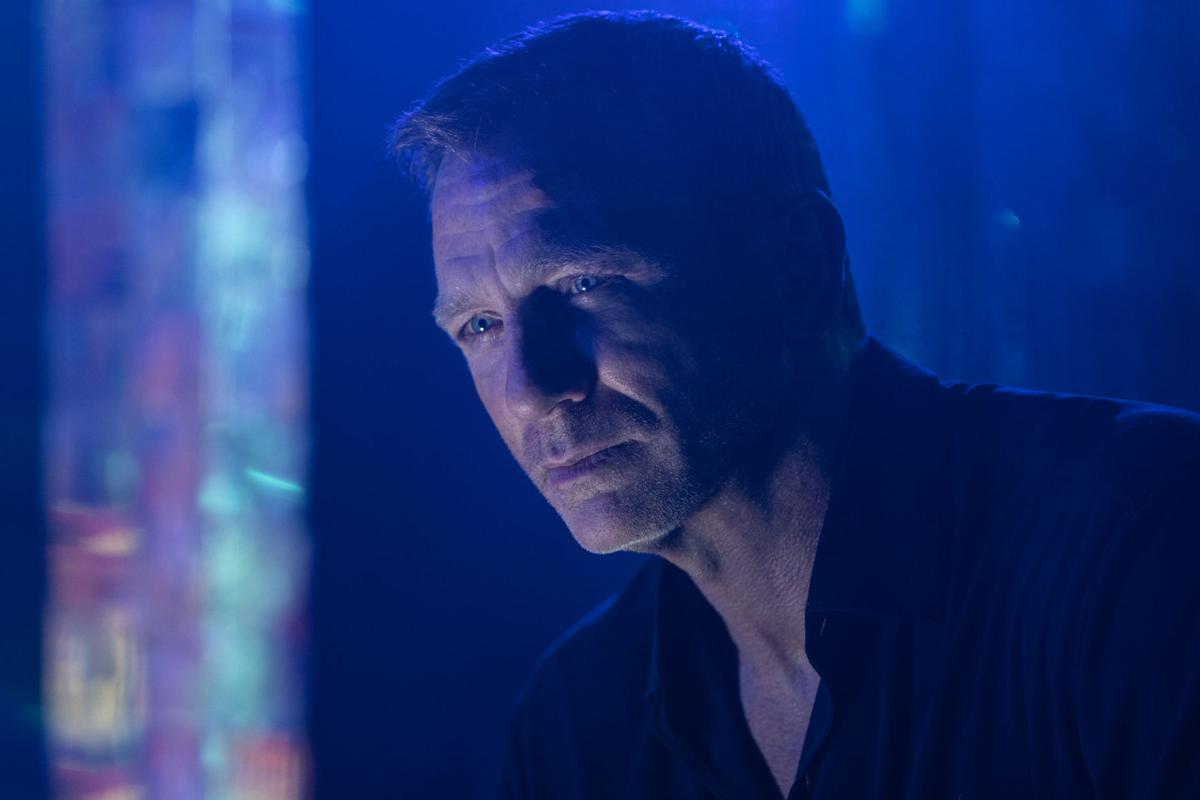 James Bond (Daniel Craig) in "No Time to Die." 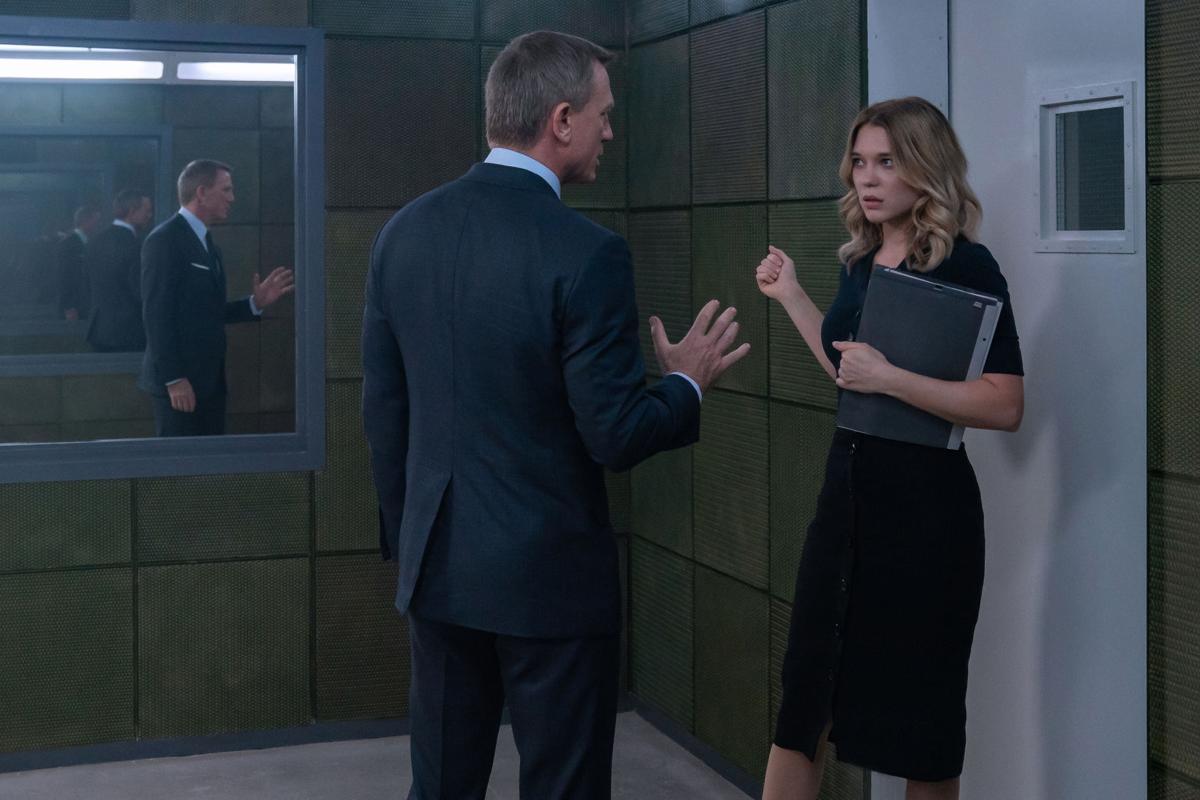 It took forever to get Daniel Craig’s last James Bond film, but the wait was worth it.

Available next week on DVD, “No Time to Die” will give you an opportunity to enjoy how he changed the franchise and left it in better shape than he found it.

Bond, as we learn early on, has retired from the spy game and, really, wants nothing to do with it. As Michael Corleone found out, however, there is a way to pull you back in. Bond no longer has his number (007 has been given to another agent, Nomi – nicely played by Lashana Lynch) and doesn’t traffic in the derring-do he once did.

Still, there’s a cretin out there just dying to kill the human race. He has an island lair (don’t they all?), a poison garden and a way of getting under the skin of folks like Bond.

When Bond’s old boss M (Ralph Fiennes) gets the details, he figures out how to get the guy back in the fold and on the trail of Lyutsifer Safin (Rami Malek), an acid-washed villain who has ties to Madeleine Swann (Lea Seydoux), one of Bond’s old squeezes.

Complicating matters? Swann has a daughter, who easily could be used as a pawn in this game of intrigue. Using high-tech nanobots that infect humans, Safin threatens anyone who doesn’t obey his command.

There’s a lot to this technology (some of it a bit too overwhelming for an action film) but it’s clear it has to be stopped before it can’t be contained.

Director Cary Joji Fukunaga marries old-school techniques with new age technology, making “No Time to Die” the kind of curtain call any actor would want. He doesn’t littler his film with location cards or painstaking exposition. He assumes viewers know, letting the character press forward without anyone playing catch-up.

While Craig is the one who’s leaving the franchise, “No Time to Die” has great moments for other regulars. Ben Whishaw (as Q) gets an opportunity to show more personality as he creates devices that help Bond infiltrate Safin’s retro bunker and stop the spread of his evil. Fiennes, too, gets moments that appear valedictory.

Malek seems a bit too weak to play someone this heinous. But that could be the sunscreen-like makeup he’s given and the odd accent he embraces. He’s OK but he’s not Classic Bond villain. Even cameos by other baddies can’t detract from the real goal: getting Craig to come through in the clutch and execute the stunts needed for Bond to go out on top.

Thankfully, Craig lives up to his director’s high standards and manages to get sly laughs (thank you, screenwriter Phoebe Waller Bridge) and earned tears.

DVD REVIEW: 'Mitchells vs. Machines' sends up plenty of tropes

Before you get caught up in the singing competition known as “Sing 2,” take a look back at one of the summer’s best animated features.

If you’re looking for a reason to get the DVD version of “Dear Evan Hansen” and you were lukewarm on the film, we’ve got it: The extras.

One year after it made a big splash, “One Night in Miami” is arriving on DVD. That’s a bit of a switch, but it was worth the wait.

Maybe it’s a journalist thing, but Wes Anderson’s “The French Dispatch” is one of the most re-watchable films of the year.

This time, the angry mob takes on Michael Myers.

DVD REVIEW: 'Dune' looks great but it's half of a film

It’ll be interesting to see where “Dune” lands in this year’s Oscar race. Likely, it will get a Best Picture nod.

Daniel Craig faces off with Christoph Waltz, one of James Bond's old foes, in "No Time to Die."

James Bond (Daniel Craig) in "No Time to Die."