Before you get caught up in all the flashy Oscar bait, take a look at “The Climb.” Written, produced, directed by and starring two friends, it covers a multitude of situations and demonstrates just how strong the ties of friendship can be.

Tracking the two over the course of several years, it starts with a real bombshell: While cycling, Mike (Michael Angelo Covino) tells Kyle (Kyle Marvin) he slept with Kyle’s fiancée.

That kicks off several chapters in their lives that manage to cover the highs and lows of both men.

Written and produced by Covino and Marvin and directed by Covino, “The Climb” looks like a lifetime of experience has gone into its making. Covino challenges the biking shot with one on a ski lift, another under water and a third in a movie theater that transforms into ... well, wait. You have to see it.

Ambitious and well-written, “The Climb” doesn’t take easy paths to detail the relationship. It works for every victory it notches.

When Kyle (who looks a bit like a young John C. Reilly) invites Mike to spend time on a ski vacation with his new girlfriend, Marissa (a very funny Gayle Rankin), old wounds open and new ones are created. The two men share life-and-death moments and come to the realization that others may abandon them, but they’re always around for each other.

Covino, who has a great eye, doesn’t cut himself any breaks. He makes himself look bad – and selfish – repeatedly, only to explain why Kyle is so devoted.

“Cheers” star George Wendt checks in during a family scene but he’s merely set dressing for the stars.

If this is what results when two relative newcomers pool their resources, studios need to cast their nets much wider than they have. “The Climb” justifies the determination indie filmmakers exert.

Not unlike some of Woody Allen’s early work, “The Climb” has a distinct style and language. It’s not too esoteric for most audiences, but it includes filmmaking callbacks that will reward others who are just as in love with the art form.

As actors, Covino and Marvin impress, too. When the latter pulls his life together, lands a TV commercial and appears to be the hit of a family dinner, he shows real growth. His friend has fallen back, of course, but the two find common ground at – of all places – an ice fishing hut.

The moments that follow explain why the two are friends.

“The Climb” is worth the effort. It could even help explain why you hang on to people who, at some point, took a different path in life.

Westerns had John Wayne, Jimmy Stewart and Henry Fonda. Space westerns were the domain of Harrison Ford and Mark Hamill. Now, Kevin Costner stakes his claim to to the “modern” western.

REVIEW: 'Minari' grows on you in a very special way

Written and produced by Misha Green, the series shows how racists react to a group of Black road trippers as they make their way through the small towns of the Midwest and East. 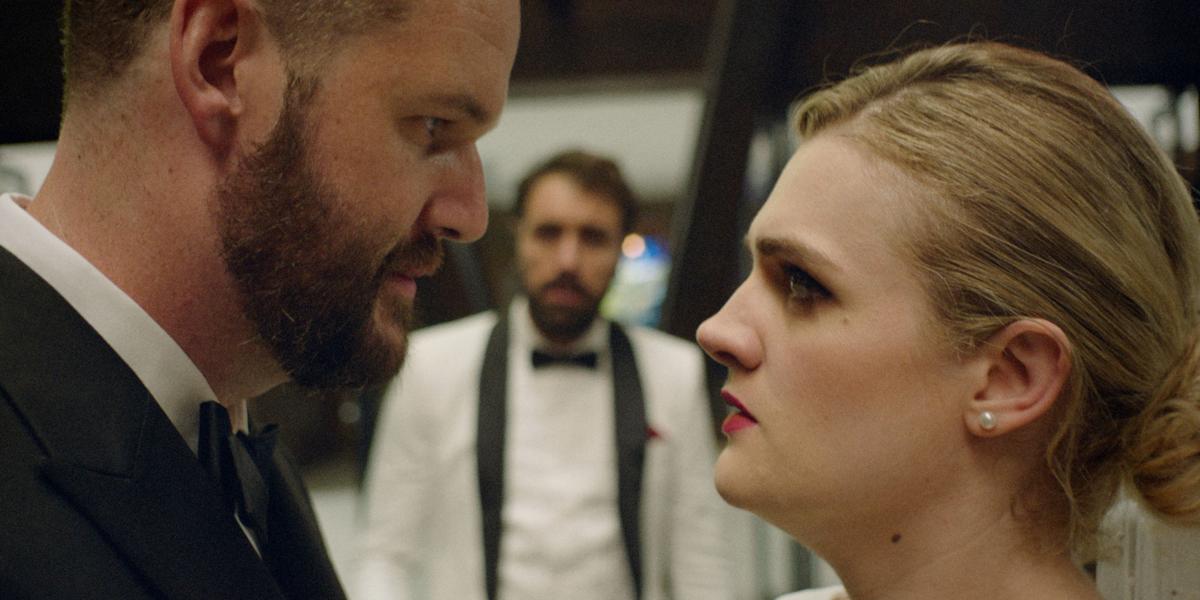 Michael Angelo Covino, center, comes between Kyle Marvin and Gayle Rankin in "The Climb," a film about friendship.