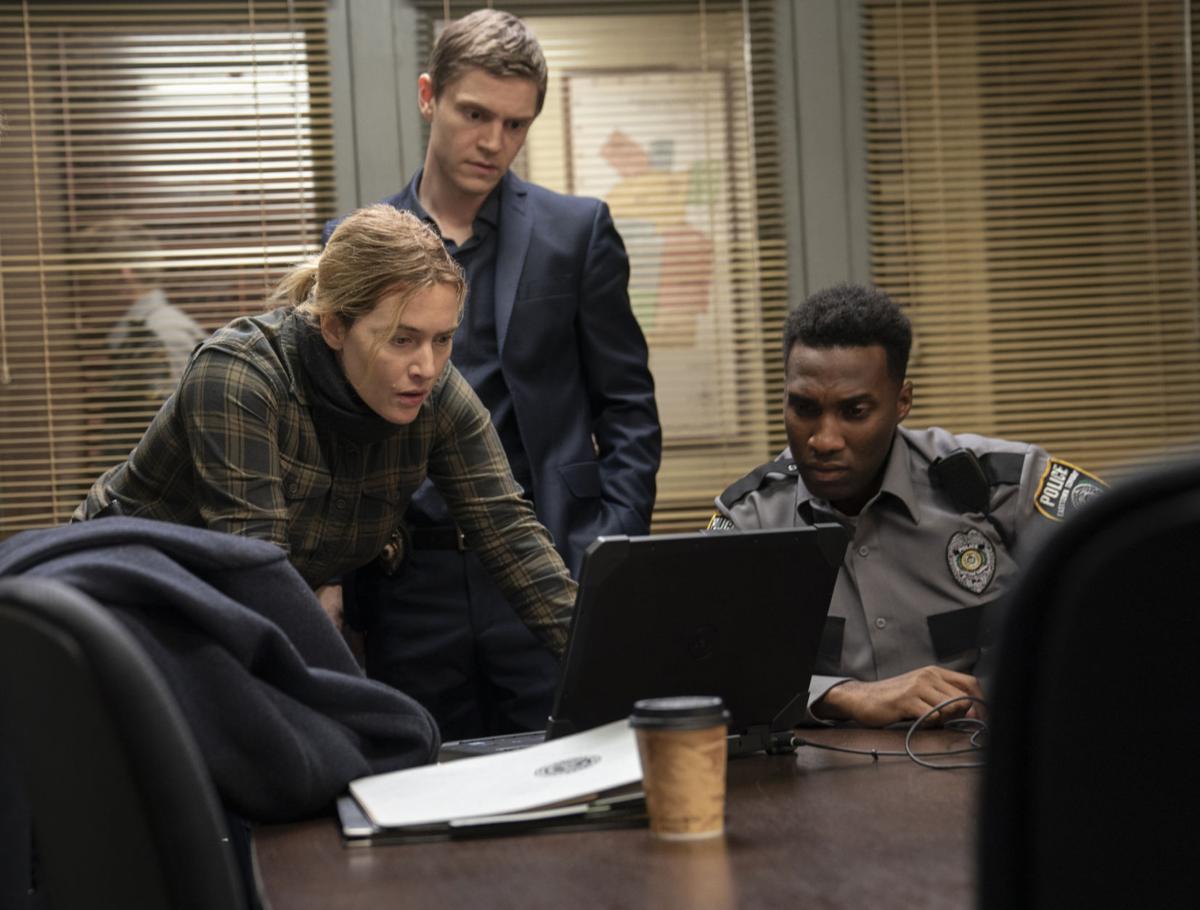 Kate Winslet and Evan Peters, center, join forces to solve a murder in "Mare of Easttown." 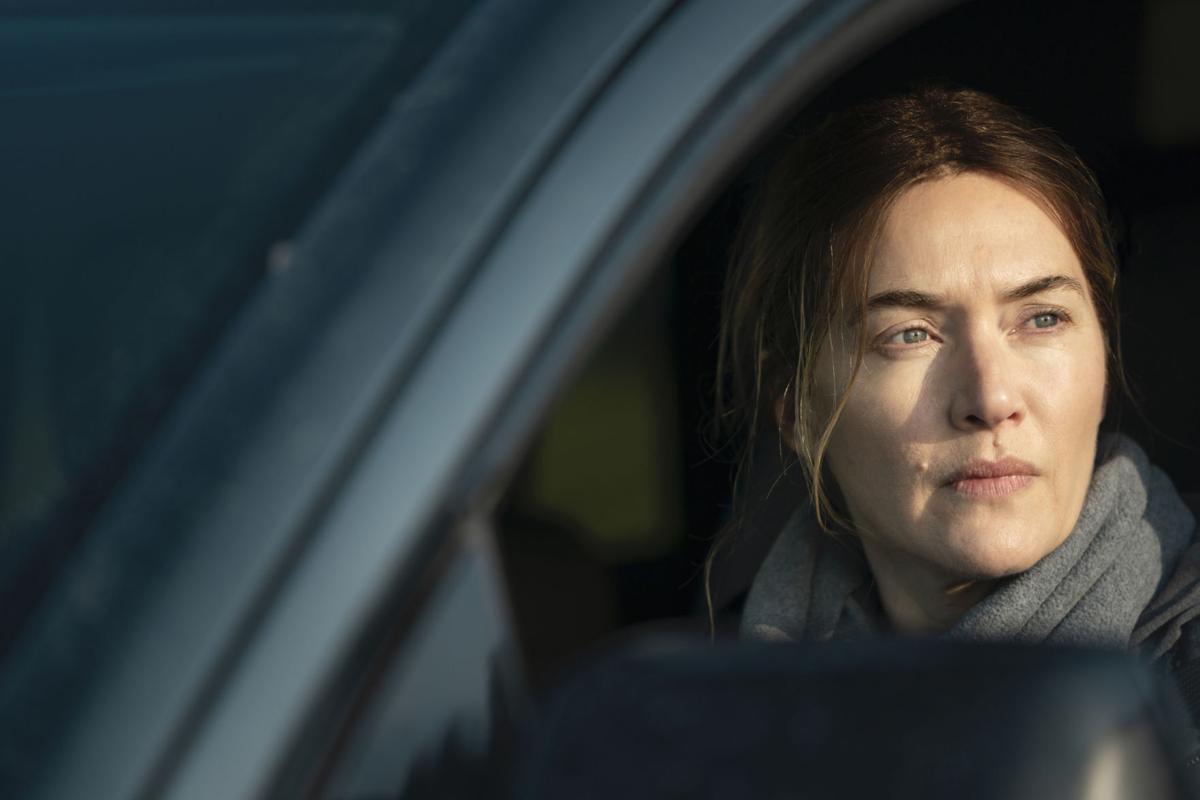 Kate Winslet plays a Pennsylvania detective trying to solve a murder in "Mare of Easttown." 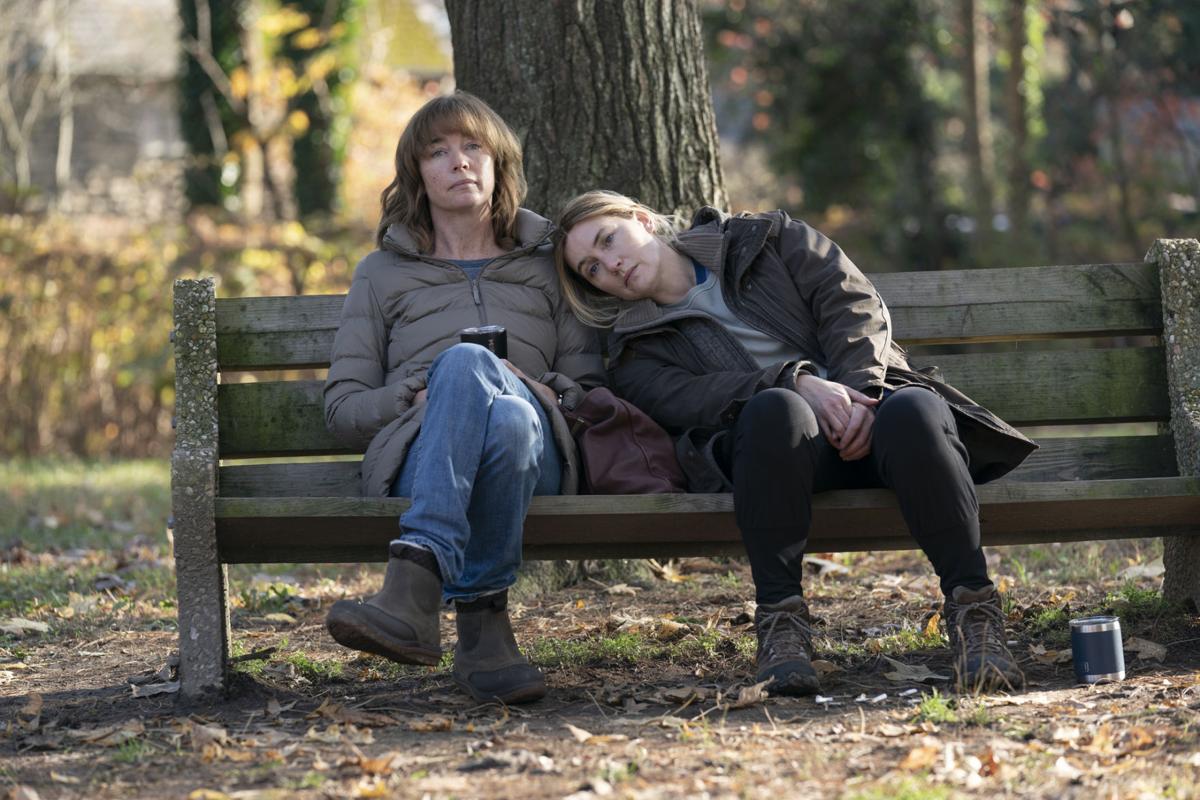 A real Emmy battle is shaping up between “The Queen’s Gambit” and “Mare of Easttown.”

The former was a big hit early in the pandemic; the latter has gained traction (and a “Saturday Night Live” parody) in later months.

That’s fine. Her Mare Sheehan is a real original – a tough detective who’s charged with solving a murder. Everyone seems to lead a hard life. And, everyone seems to know Mare.

A high school basketball star, she followed her father into police work and now knows the criminals and the victims by name. Divorced, she’s trying to raise her late son’s son with the help of her mother (Jean Smart). Because her ex-husband has moved nearby, she’s confronted with “what used to be” more often than she’d like. Still, she soldiers on.

While much of the HBO series focuses on her – and how she copes – it also introduces us to a range of people: the high school friend who blames Mare for not finding her missing daughter, the teen mother who’s bullied by her baby daddy’s girlfriend, and the National Book Award-winning author who’s in town to teach.

“Mare” reeks of atmosphere. Just when you think you’ve got a handle on Easttown, something new pops up.

Luckily, Winslet’s detective is a good anchor. She sidesteps many of the emotional landmines and gets help from another detective (Evan Peters, who will probably win the supporting actor Emmy) sent to weigh in on the case.

While there’s a bit of “Cagney and Lacey” in the way Mare is crafted, writer Brad Ingelsby and director Craig Zobel make sure there are enough other characters to get in the way. As that first episode meanders through Mare’s world, it’s clear resentment and pain never really disappeared.

While Massachusetts has often been home to these kinds of mysteries, Pennsylvania brings its own charms, particularly when it comes to small-town nuance. Even though Sheehan and her championship-winning team haven’t played in decades, old slights still fester.

Winslet, in particular, knows how to convey the weight of time. As she travels the community, you can see both the hurt and the victory that have colored her life.

When she encounters the author (Guy Pearce) at a bar, very little spills out. The two, in fact, have sex without revealing key aspects of their lives.

Running seven hours, “Mare of Easttown” often exchanges action for atmosphere. A few more cases could have pushed this along, but it does engage.

Winslet never falters, making “Easttown” seem like the place she was born, raised and disappointed. Peters and Smart are great sparring partners but Mare is the deserving main attraction. Winslet is the reason.

REVIEW: Jean Smart moves to the top of the class with 'Hacks'

We are in the prime of Miss Jean Smart.

Kate Winslet finds way into 'Mare of Easttown' through the accent

Kate Winslet obsessed over water while making “Mare of Easttown.”

Eight Emmy hopefuls you may not have considered

The Emmy nominations always turn up shows that may not have grazed your screen. Like “Bo Burnham: Inside,” they bear watching before the award…

We’re getting a good picture of the next-gen Avengers, thanks to “Shang-Chi and the Legend of the Ten Rings” and, earlier this year, “Black Widow.”

DVD REVIEW: 'Cruella' goes on too long for its own good

There’s already talk about a “Cruella” sequel. Frankly, we haven’t adjusted to the first one, a prequel to several live-action “101 Dalmatians…

Kate Winslet and Evan Peters, center, join forces to solve a murder in "Mare of Easttown."

Kate Winslet plays a Pennsylvania detective trying to solve a murder in "Mare of Easttown."