Frances McDormand stars as a wanderer in "Nomadland." 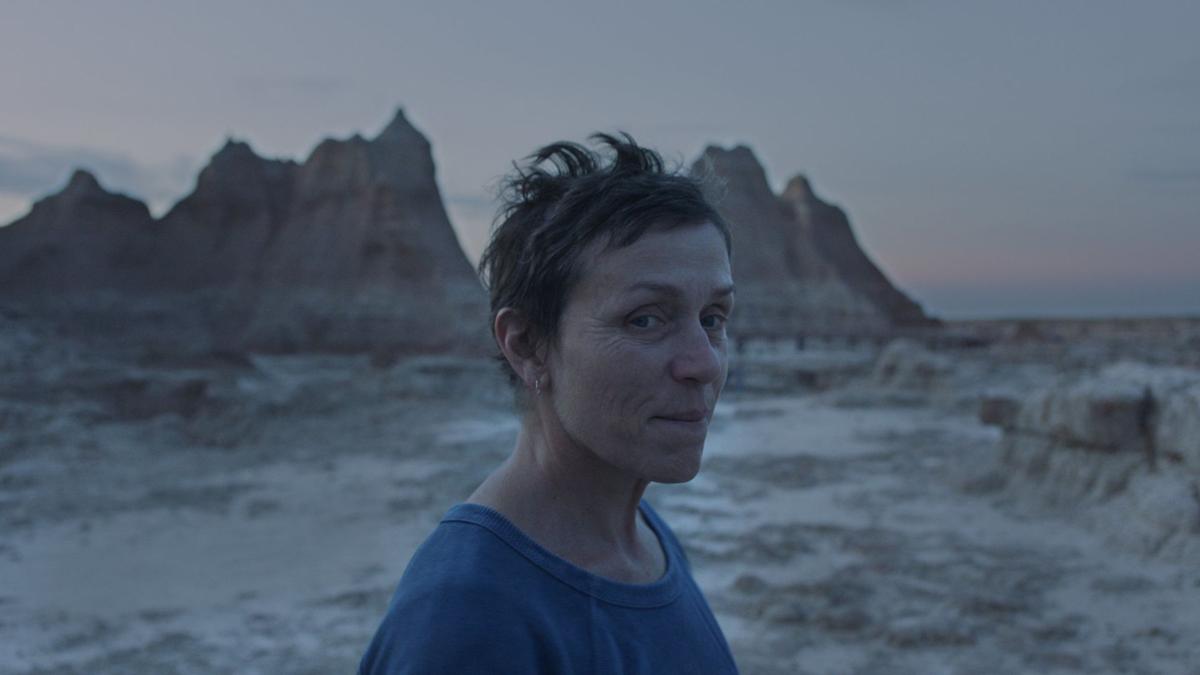 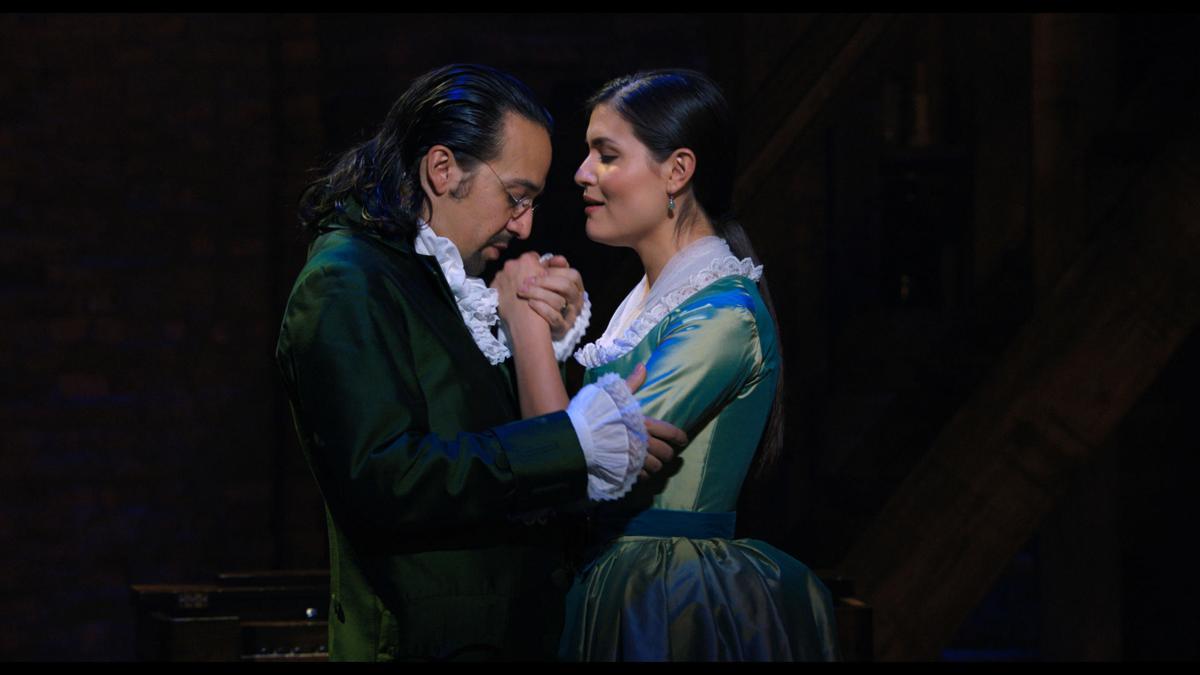 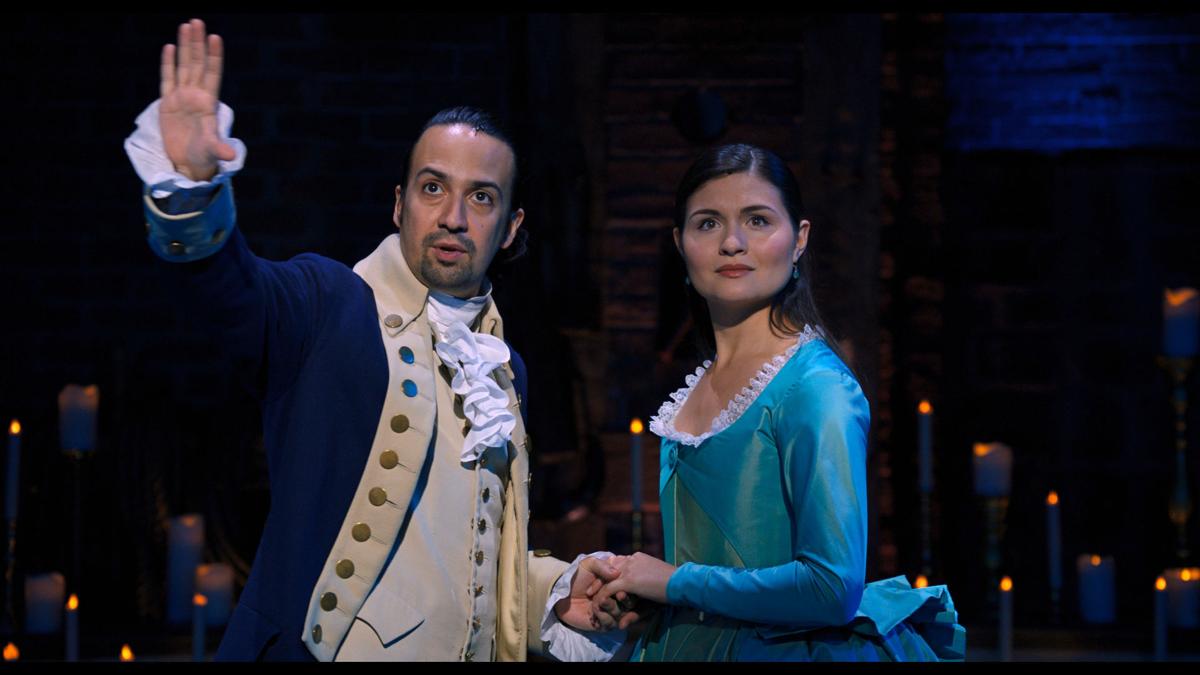 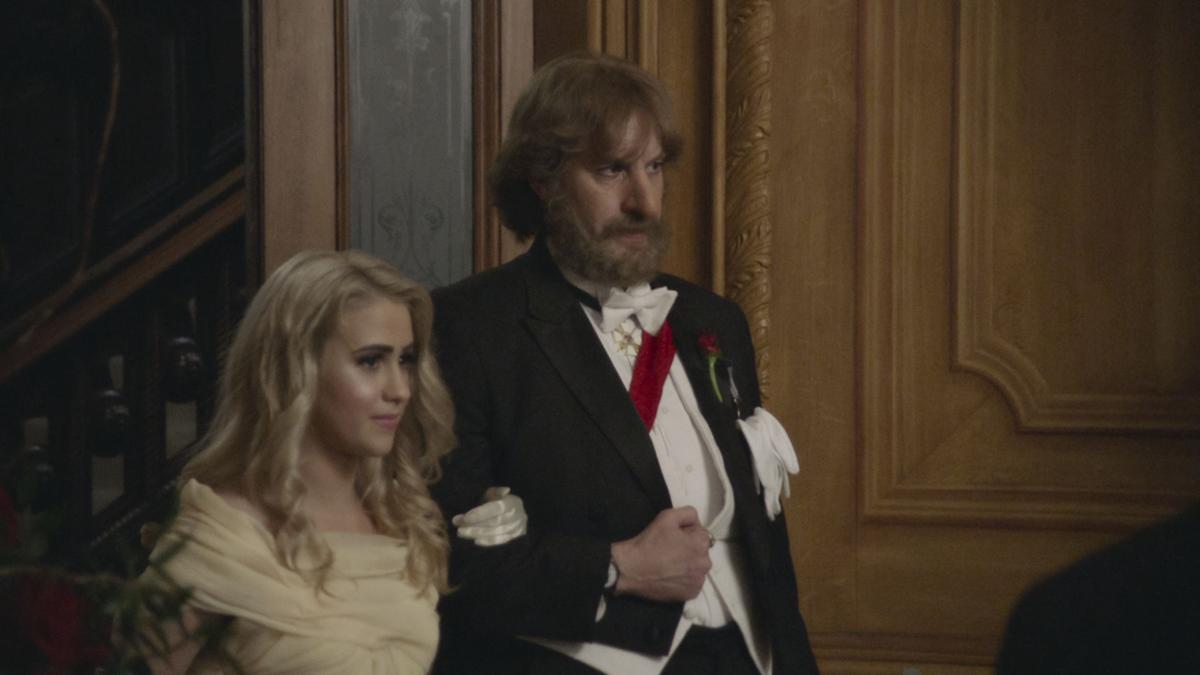 This image released by Amazon Studios shows Maria Bakalova, left, and Sacha Baron Cohen in a scene from "Borat Subsequent Moviefilm." The film was nominated for a Golden Globe for best musical/comedy.(Amazon Studios via AP) 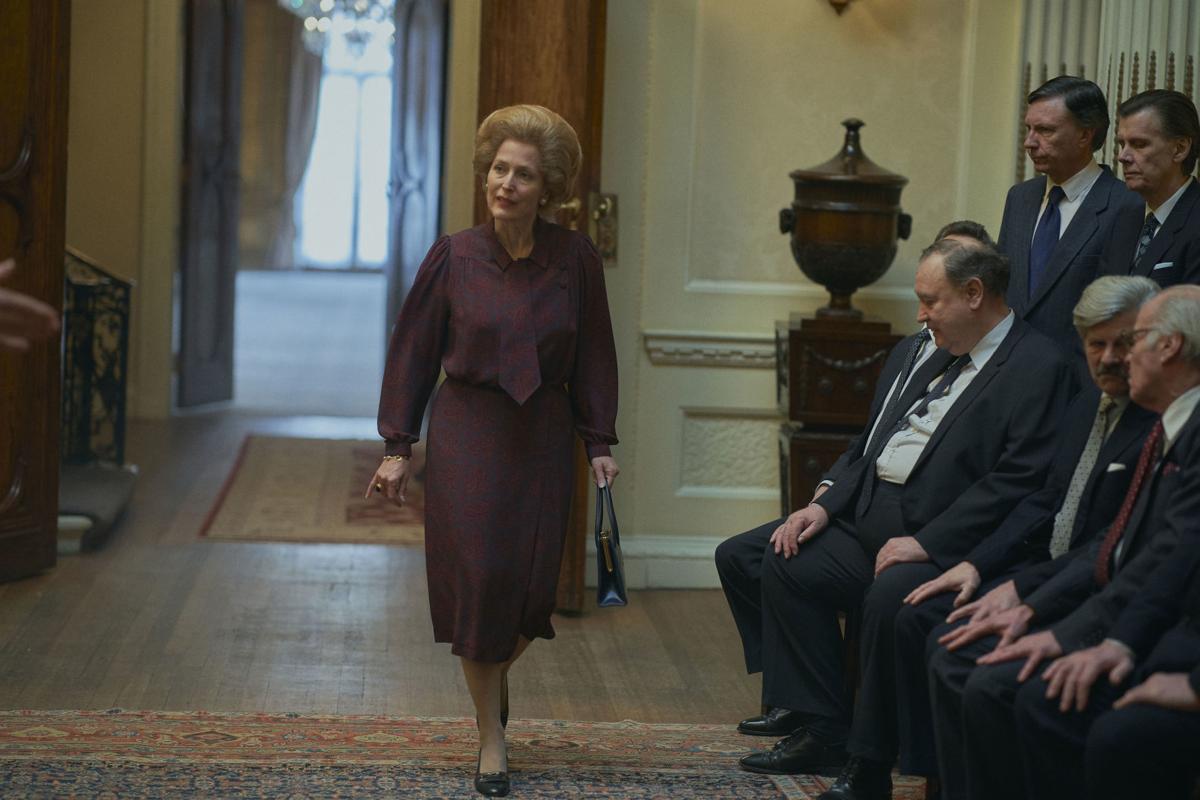 Fortunes have been won and lost betting on Golden Globes outcomes.

That’s the way it is every year, largely because the voting is so unpredictable. With fewer than 100 members choosing the winners, a small flicker of change could affect the outcome.

There are, however, a few observations we need to make:

1. Embrace the unpredictable. If an actor seems like the least likely to win, he probably will win.

3. Foreign talent has an edge. (It’s the Hollywood FOREIGN Press Association, after all.)

5. No one can accurately predict winners in all categories.

With those ground rules in place, here are the front runners in the first big entertainment awards show of the year.

BEST DRAMA: “Nomadland” has the prestige factor. (Be sure to see the film this week – it’s a true winner.) If Globes voters want to take a risk, they'll choose “Promising Young Woman.”

BEST ACTRESS/DRAMA: Frances McDormand, “Nomadland,” should win. But Carey Mulligan is gaining lots of strength for “Promising Young Woman.” She could be the night’s big a-ha winner.

BEST SUPPORTING ACTOR: Leslie Odom Jr., “One Night In Miami.” He’s one of the solid favorites in every film poll. Interestingly Jared Leto, “The Little Things,” is one of those left-field nominees who could win.

BEST SUPPORTING ACTRESS: This is a real roll of the dice. Amanda Seyfried, “Mank,” seems like the solid choice but there are so many stray nominees (Jodie Foster for “The Mauritanian,” for example), that anyone – even Helena Zengel – could win.

BEST DIRECTOR: Women outnumber men in this category – a first. Chloe Zhao, “Nomadland,” would be the smart choice. But Regina King, “One Night in Miami,” has a lot of love.

BEST SCREENPLAY: “The Trial of the Chicago 7.” This would be a way to honor Aaron Sorkin, who is likely to figure into other races.

BEST SCORE: “Soul.” A win would let Atticus Ross and Trent Reznor feel some love for “Mank,” which they also composed.

BEST SONG: “Speak Now,” “One Night in Miami” (which would give Odom a second trophy, or a substitute one if the voters don’t want him as Best Supporting Actor).

BEST FOREIGN LANGUAGE FILM: “Minari.” The Globes folks wouldn’t consider it in other categories, so it has to win here.

BEST DRAMA: “The Crown” is pretty solid, particularly since it had a great year, British cred and strong performances. If there’s a spoiler, it’s “The Mandalorian.” Baby Yoda is hard to ignore.

BEST COMEDY: “Ted Lasso” would win in a different year. But this is the first – and last time – Globes voters have included “Schitt’s Creek.” It’s a toss-up.

BEST ACTOR/DRAMA: Remember, they like folks in new series who haven’t been honored before. That’s Matthew Rhys, “Perry Mason.”

BEST ACTRESS/DRAMA: Emma Corrin, “The Crown.” She was spectacular as Diana and won’t get to play the part in the next edition. Olivia Colman has already won, so they don’t need to give her a parting gift.

BEST TV MOVIE/MINISERIES ACTRESS: The international choices are many. If someone like Cate Blanchett or Nicole Kidman hasn’t gotten enough love, then it’s one of theirs. But the one to beat is Anya Taylor-Joy for “The Queen’s Gambit.”

BEST TV SUPPORTING ACTOR: Daniel Levy could bring it home for “Schitt’s Creek” but traditional series usually don’t win here so look to one of the others to nudge him.

Golden Globes has more than a few nomination surprises

FLASHBACK: Cloris Leachman loved to be the life of the party

The 5 best Netflix originals coming out in March

In a year marred by a pandemic, "Nomadland" insists there's a place for hope. Sometimes, it's just not where you'd expect it.

Frances McDormand stars as a wanderer in "Nomadland."

This image released by Amazon Studios shows Maria Bakalova, left, and Sacha Baron Cohen in a scene from "Borat Subsequent Moviefilm." The film was nominated for a Golden Globe for best musical/comedy.(Amazon Studios via AP) 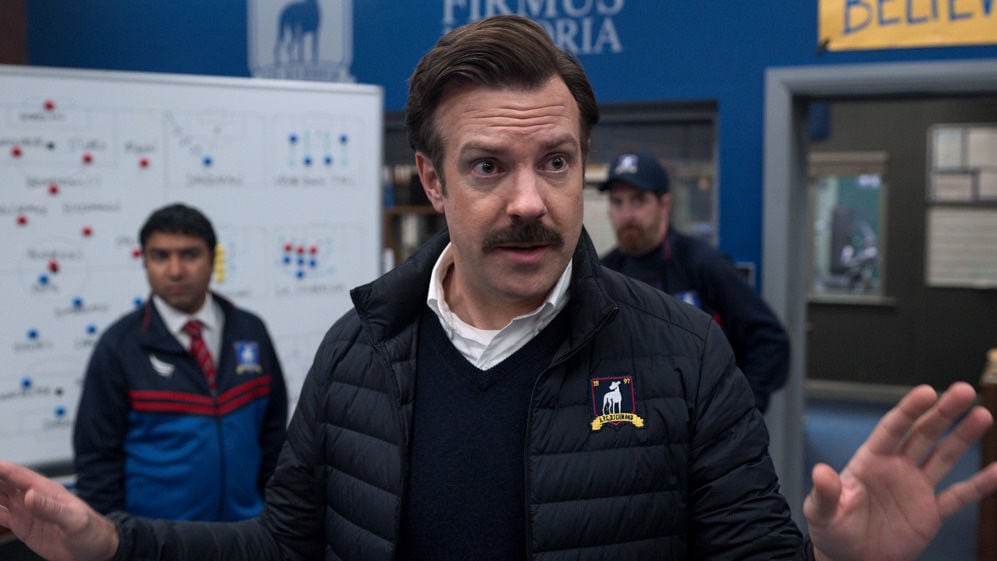 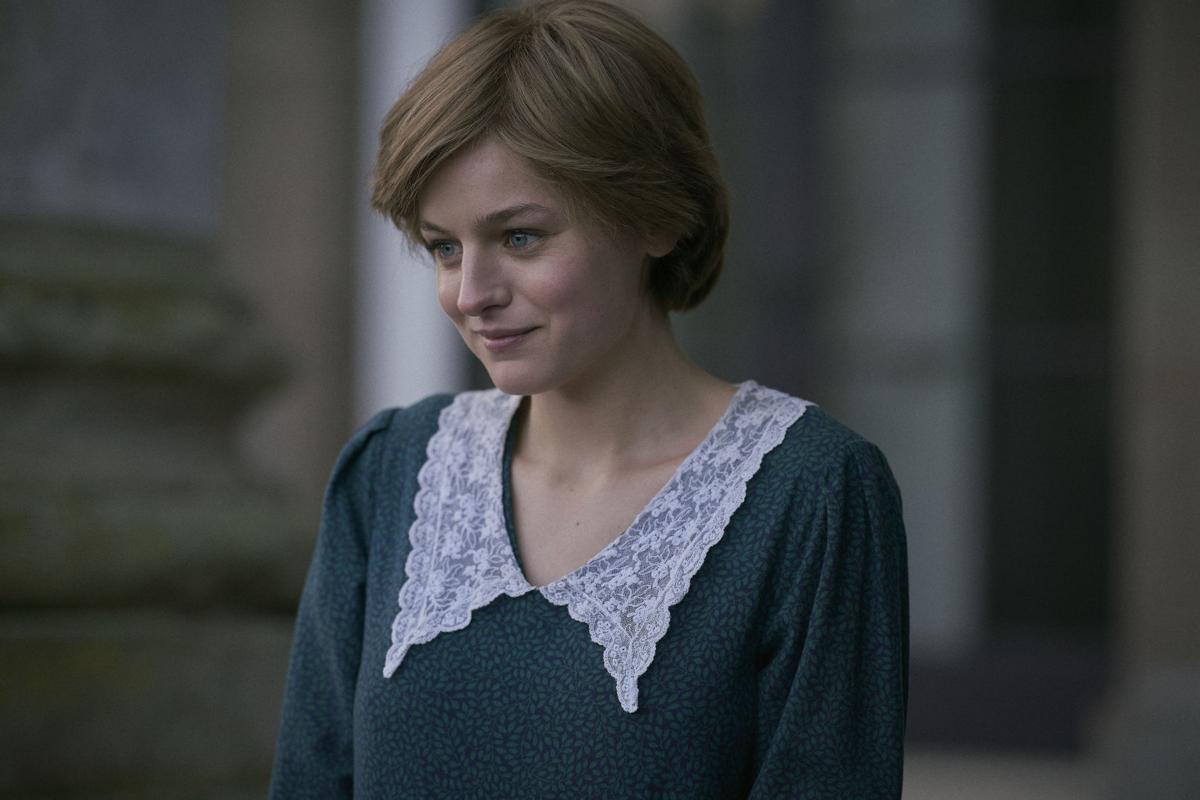 Emma Corrin stars as Diana, Princess of Wales, in "The Crown." 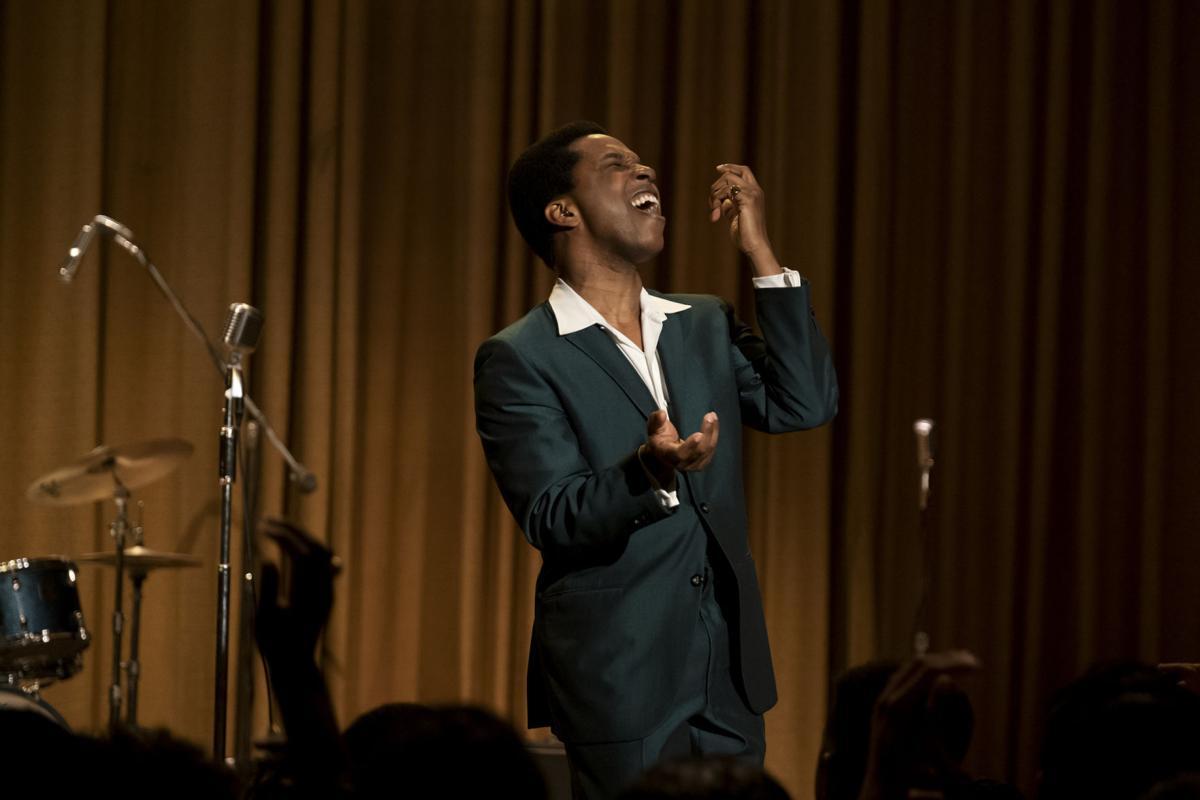