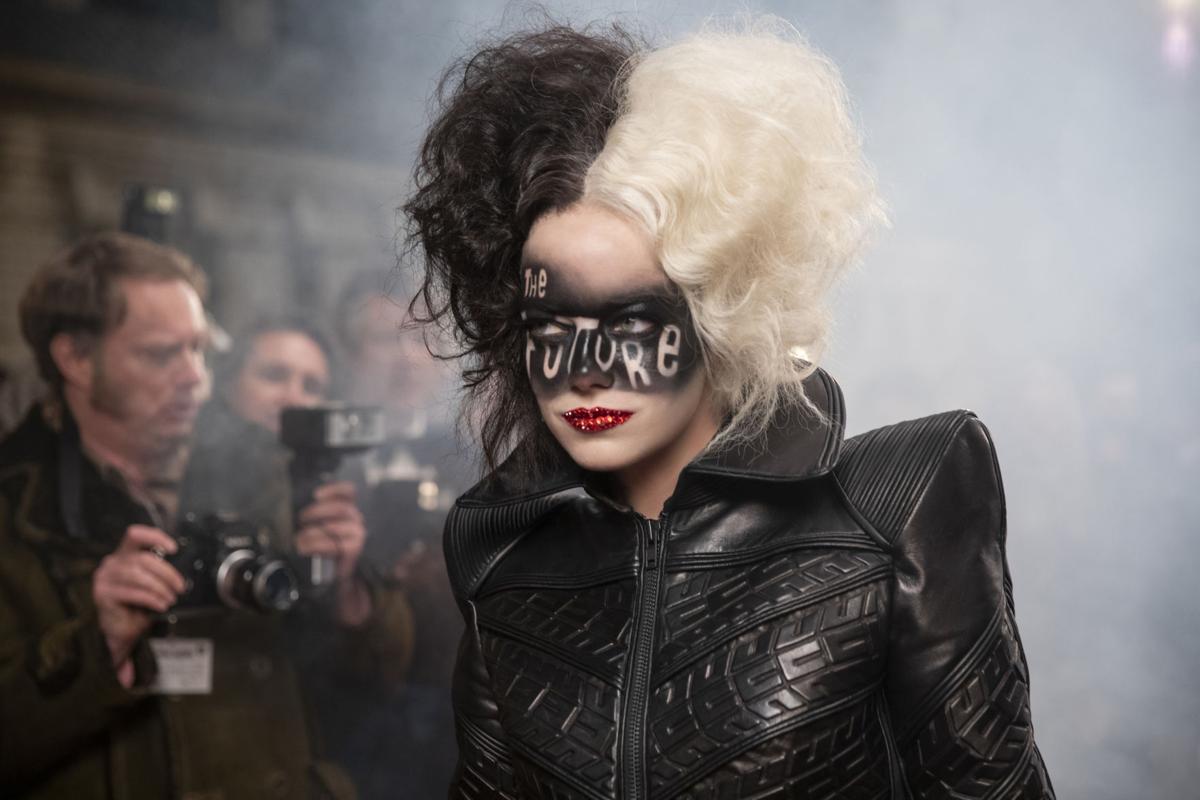 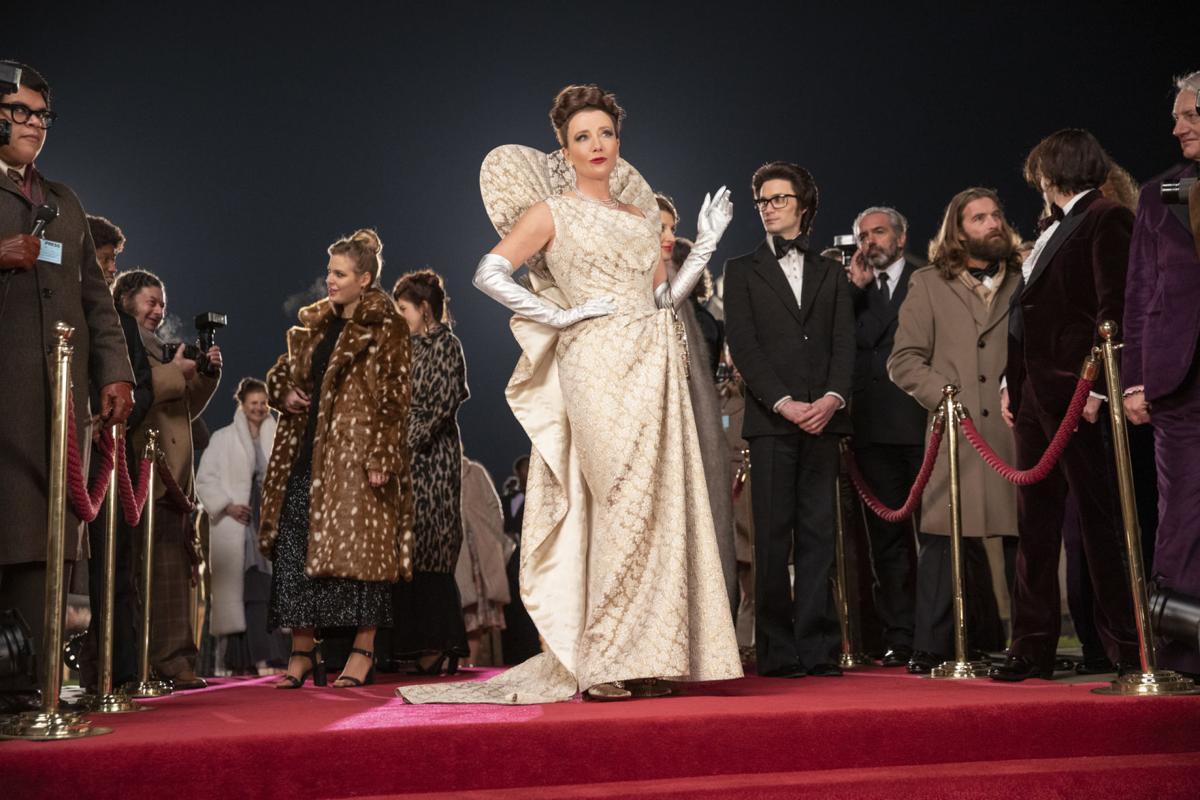 The new “Cruella” film seems cut from the same cloth as “The Devil Wears Prada.”

Set in London’s fashion world, circa 1970, it pits the Dalmatian-hungry Cruella (Emma Stone) against a celebrated designer known as The Baroness (Emma Thompson).

Because she loves fashion, the young Estella (as she’s originally called), gets a low-level gig with the Baroness’ fashion house and quickly discovers the celebrated designer isn’t above stealing her minions’ designs. Because Estella has a keen eye, she’s ripe for the picking.

Unwilling to sit by, the former pickpocket calls on her old scam artist friends Jasper (Joel Fry) and Horace (Paul Walter Hauser) to help her emerge out of the shadows. At a fashion show, Cruella makes her big splash and gets London buzzing.

No one knows she’s just a lowly assistant, but she has enough attention to rile the vile.

Like a supervillain origins story, “Cruella” zips through plot points so fast you can’t see its seams. There’s an “Annie”-like beginning (Estella’s mother dies, leaving her to survive on the streets), a “Trainspotting” middle and a performance art ending.

Director Craig Gillespie knows the dots he wants to connect. It just takes him a while to pull it off.

The two Emmas fashion their performances with plenty of style but don’t necessarily nudge their predecessors. “Prada’s” Meryl Streep still has the edge over Thompson; “101 Dalmatians’” Glenn Close could beat Stone in a dogfight.

Still, “Cruella” isn’t just a discount version of its early incarnations. It boasts sumptuous costumes by Jenny Beavan and a visual style that reeks of the better superhero films.

Fry and Hauser are as close to the cartoon originals as live-action actors get. They bumble through the lifestyles of the rich and famous and get a Laurel and Hardy vibe going that could wear well in a spinoff.

John McCrea is wasted as Estella’s designing friend. He gives her the tools to succeed but doesn’t get to play in the same pound. Glimpses (like his “Clockwork Orange” makeup) hint at something much more.

Mark Strong is here, too, as the Baroness’ valet and Kayvan Novak (from “What We Do in the Shadows”) is barely recognizable as friend Roger.

Gillespie teases the “let’s make a coat out of dogs” theme that pounced through the original cartoon but doesn’t lean in. Perhaps hoping for a sequel of his own, his “Cruella” is too busy with building a name to actually flaunt it.

Bruce's Take: Director Craig Gillespie connects the dots but it takes a while to get this to the other live-action "101 Dalmatians" stories.

A Golden Globes acceptance speech was all it took to shine new light on Glenn Close and "The Wife."

REVIEW: Angelina Jolie goes through the paces in 'Those Who Wish Me Dead'

Nobody wears a mask in the forest.

REVIEW: 'Luca' explores the depths of friendship and acceptance

The old “fish out of water” concept takes hold in “Luca,” a charming coming-of-age story that uses animation to its fullest.