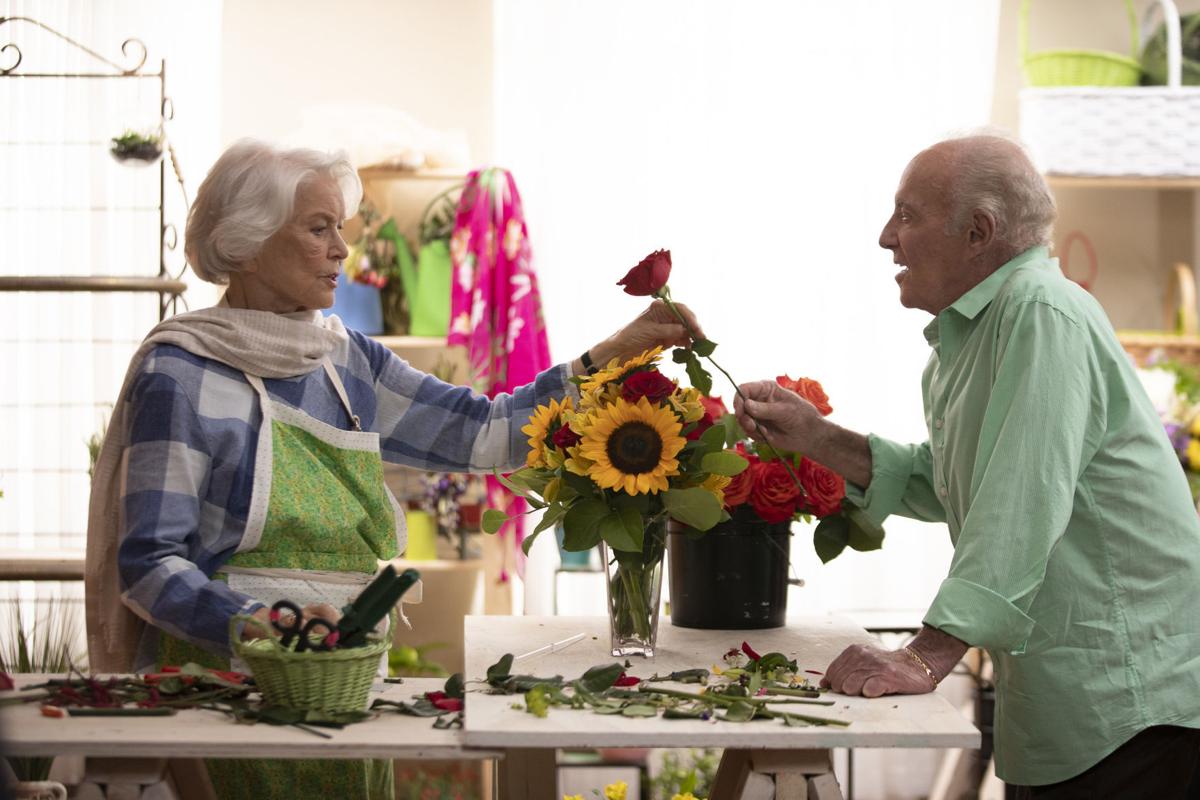 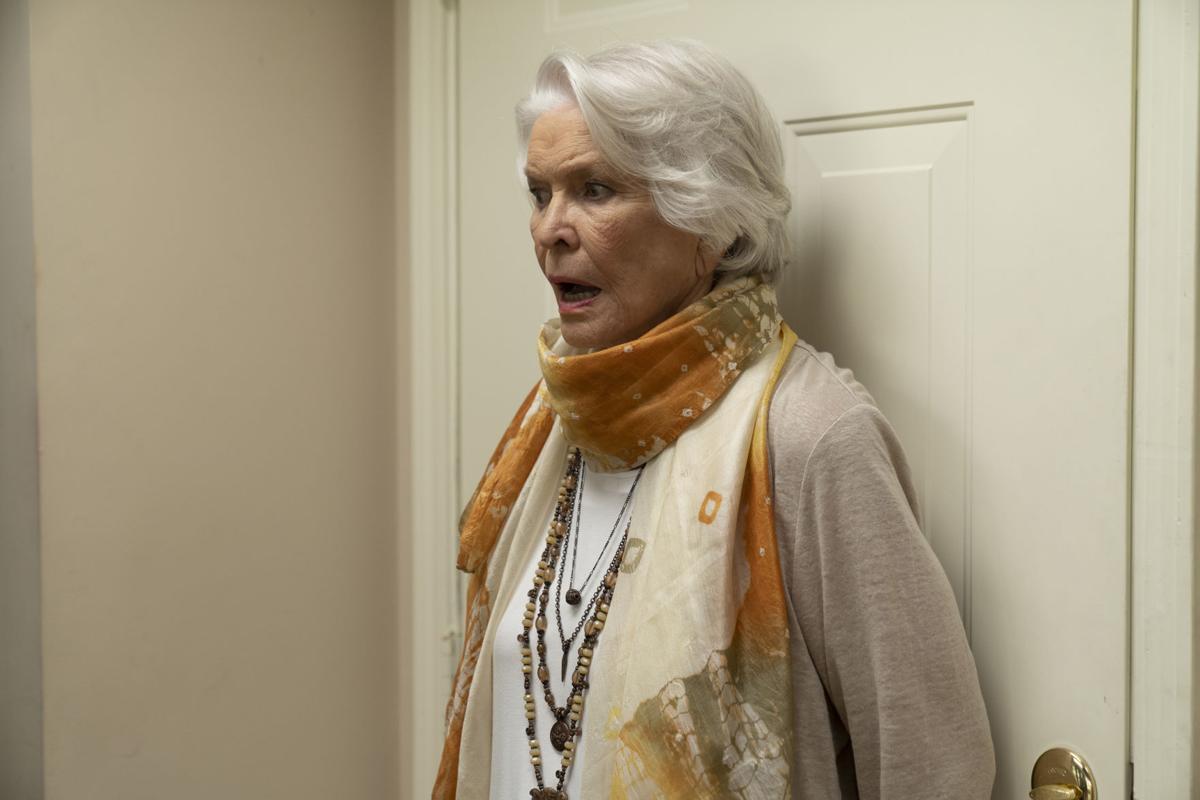 Ellen Burstyn plays a grandmother who has to spend time in a retirement community when a fire breaks out in her home in "Queen Bees." 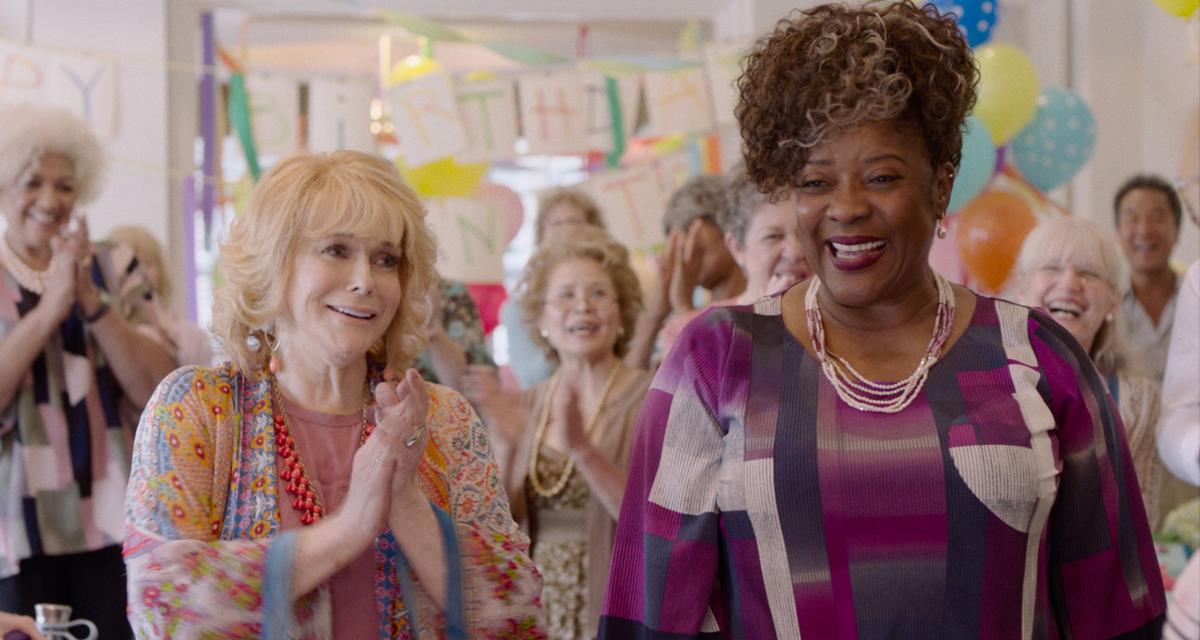 Two of the "Queen Bees": Ann-Margret and Loretta Devine.

Whatever happened to “Mean Girls”?

“Queen Bees” suggests they got old and moved into a retirement community.

In the “Poms”-lite comedy directed by Michael Lembeck, they determine who gets to play bridge, who has first dibs on the available senior men and who eats where. It’s all very familiar but Ellen Burstyn tries to give it something of a twist as the woman who moves into the posh place with no intention of staying.

She brushes up against the title characters (played by Ann-Margret, Jane Curtin and Loretta Devine) and finds the courage she never had to deal with others.

Lembeck uses plenty of familiar situations (including a hunky water aerobics instructor who thaws the icy residents) and tosses in a potential love interest (James Caan) who makes the stay a bit more palatable.

Guessable scenes (and reactions) fill much of the film, just as they have in dozens of other offerings geared for the “Gran Torino” crowd. This is “Golden Girls” without the laughs.

What festers on the surface is a daughter (played by Elizabeth Mitchell) who harbors resentment against mom. She doesn’t help the transition; she merely endorses others’ lies.

The real gem is the grandson (Matthew Barnes) who takes time to listen to grandma, indulge her love for dancing and trade quotes from famous people. Their moments seem natural and show the love generations do have for one another.

When trouble ensues, he’s there to comfort, not accuse.

The situation comes to a head, of course, when they’re all at a big dance where Burstyn’s Helen Wilson learns the truth about Caan’s Dan Simpson. He’s not what he seems.

Curtin comes off as a little too harsh (she’s the Regina George who bullies the others) and doesn’t have enough of a comeuppance to prove redeeming.

Like so many comedies about senior citizens, “Queen Bees” buzzes around the same old tropes. There’s more life in retirement communities than writer Donald Martin ever thought possible. Had he done a bit more research, he might have found the kind of situations that could fuel more sequels than “The Avengers.”

Burstyn is fine (although she’s better in mean mode) and Barnes is a treat; Caan looks a little too old to be a lothario and Ann-Margret has played around with senior citizens so much even the “Grumpy Old Men” look good.

It’s all a little too pat. But if grandma hasn’t seen a movie in months, this could get her back in the game. “Queen Bees” is cute, but it doesn’t have real sting.

Bruce's Take: Grandma will like it. But it's pretty predictable.

REVIEW: Diane Keaton's 'Poms' is cute, not a slam dunk

There’s a great movie to be found in a retirement community, particularly since the over-60 set is a key movie-going demographic.

In the process of exonerating Jewell, Clint Eastwood also manages to take a broad swipe at reporter Kathy Scruggs. Because Scruggs isn’t around to defend herself, Eastwood’s storytelling is just as questionable as the case against Jewell.

REVIEW: Clint Eastwood guides 'The Mule' at a leisurely pace

While much was made about Robert Redford’s performance in “The Old Man and the Gun,” it’s Clint Eastwood’s turn in “The Mule” that’s actually …

REVIEW: I swear, Salma Hayek's the only good thing about 'Hitman's Wife's Bodyguard'

The only thing we really learn from “The Hitman’s Wife’s Bodyguard” is how good Salma Hayek is at swearing.

Ellen Burstyn plays a grandmother who has to spend time in a retirement community when a fire breaks out in her home in "Queen Bees."

Two of the "Queen Bees": Ann-Margret and Loretta Devine.