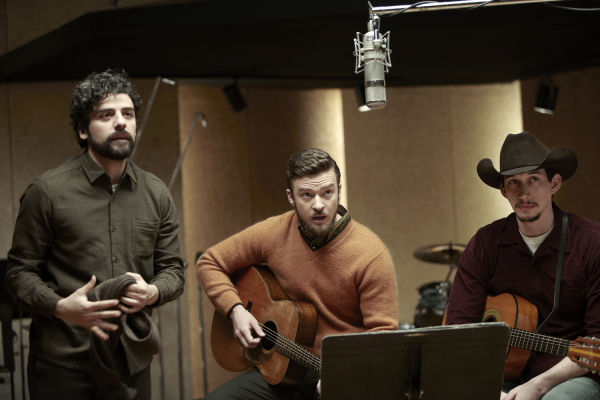 From left, Oscar Isaac, Justin Timberlake and Adam Driver in a scene from "Inside Llewyn Davis." 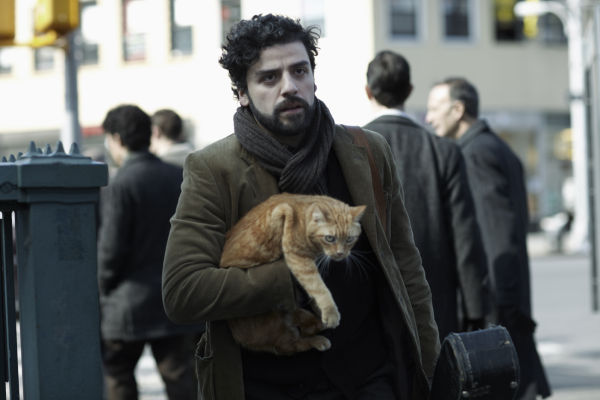 Oscar Isaac plays the title character in "Inside Llewyn Davis." 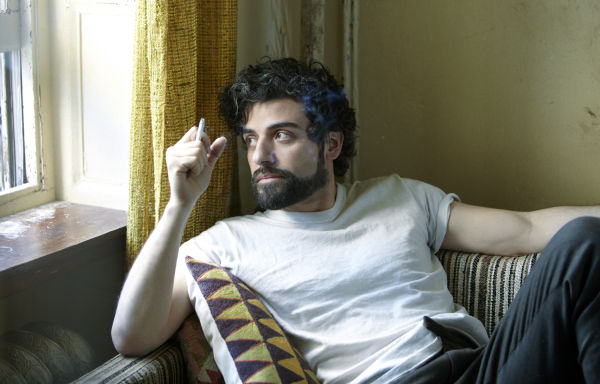 Oscar Isaac in "Inside Llewyn Davis."

The Coen Brothers are masters of capturing a certain time and place. Look at "Raising Arizona," "Fargo" and, now, "Inside Llewyn Davis."

Set in 1960s New York, it shows how a once-budding folk singer tries to eke out a living.

Bouncing from one couch to the next after a night of performing, he's a man untethered, a directionless guy just hoping to find a little luck.

Could it be with the professor and his wife who are big fans?

The singing duo who frequently take him in?

What about the agent? Or the club owner? Or the veteran musician willing to give him a ride?

The film is filled with so many colorful characters it's easy to sense the mood of the country and the fate of folk music. The Coens did plenty of homework before launching into this. There's a particularly look -- and sound --  that distinguish it from most films being made today. Indeed, if it weren't a Coen Brothers project, "Inside Llewyn Davis" wouldn't have gotten made. It's just that different.

As the loner Llewyn,Oscar Isaac  pulls us in immediately. He has a heavenly voice and a way with a cat that's endearing. When the two go on their hunt for redemption, we're hooked.

Llewyn's success? Why didn't it happen? There's the little matter of his former singing partner. The rise of others (including Jim and Jean -- well played by Justin Timberlake and Carey Mulligan). And bad management.

You can see why he's willing to chuck it all and do something else.

But getting to that point involves a lot of quirky outsiders who may just be the necessary lifeline.

John Goodman is priceless as the grizzled musician eager only to hear his own voice; Ethan Phillips and Robin Bartlett are fun as Llewyn's last groupies; and Stark Sand is perfect as the noble singer who has better things to do with his life.

Roll them all together, put T Bone Burnett in charge of the music and you get something that not only stretches the Coens' reach but makes folk music relevant again.

Timberlake has a great novelty song about the space program (note the contribution of "Girls" star Adam Driver as singer Al Cody); Isaac makes everything he sings sound good.

Unlike 99 percent of the films released this year, "Inside Llewyn Davis" actually manages to tell a story we haven't heard. It shines a light on a forgotten era (come on, when was the last time you even considered folk music?) and introduces characters we wouldn't find anywhere else.

"Inside Llewyn Davis" isn't just a compelling piece of filmmaking. It's an experience. See it and be ready to embrace its wonders.

Oscar Isaac is just one of them.

Bruce's Take: It's one of the best films of the year, largely because it's so original -- and it introduces Oscar Isaac to a larger audience. He's incredible.

"August: Osage County" was one of the most compelling stage dramas of the last decade.

It was the year of "12 Years a Slave" for Iowa film critics.

Review: 'Lone Survivor' tracks the brutality of another mission

If you’ve ever gotten mad at Siri or cursed the global tracking system in your car, you might find the concept of “Her” intriguing.

Review: There are plenty of awkward moments in Zac Efron's new film

Review: 'Wolf of Wall Street' takes a 'warts and more' approach to the '90s

First a word of caution: If excessive profanity, drug use and nudity offend you, back away from "The Wolf of Wall Street."

Movies in a Minute: 'Inside Llewyn Davis' and 'The Legend of Hercules'

If you love the land of quirk, you're going to embrace 'Inside Llewyn Davis.'

From left, Oscar Isaac, Justin Timberlake and Adam Driver in a scene from "Inside Llewyn Davis."

Oscar Isaac plays the title character in "Inside Llewyn Davis."

Oscar Isaac in "Inside Llewyn Davis."