Become a Member
Read Today's E-edition
Share This
REVIEW: Lady Gaga shines in a knockoff 'House of Gucci'
0 Comments
Share this
1 of 2 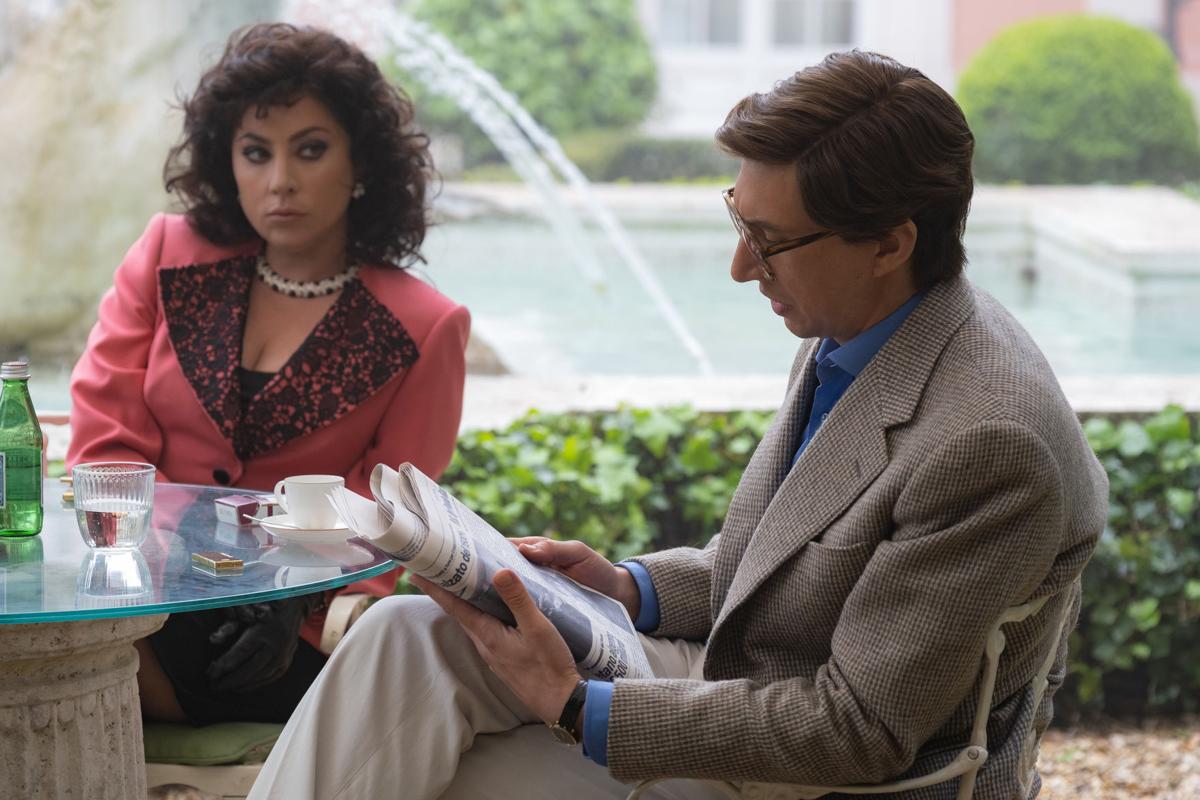 Lady Gaga and Adam Driver in "House of Gucci."

In the process of creating his version of “The Godfather,” director Ridley Scott uncovers something completely different from “House of Gucci”: The Lady Gaga Brand.

Burning her way through the disjointed film, Gaga creates a Patrizia Reggiani who is every bit as powerful as the family that built a luxury leather goods empire. In many ways, her Patrizia is the reason they have to confront the discord that ripped them apart. She’s the one who barnstorms her way into Maurizio’s life and charms Aldo (Al Pacino), abides Paolo (Jared Leto) and sets into motion a rise from the knock-off ashes.

Unfortunately, Maurizio (Adam Driver) doesn’t see the company’s return in quite the same light. He grows tired of his wife, picks up with any icy blonde (Camille Cottin) and rewrites the company’s history with himself as the hero.

Scott spends considerable time showing people as outsiders and schemers and THEN he gets to the real story at hand – the fall of the House of Gucci, from the inside.

Like a Ryan Murphy miniseries, “House of Gucci” has too much padding, particularly since we don’t get the real juice until the last half hour. When we do see what’s afoot, Scott rushes to an end that could have given Gaga one more eye-popping scene.

Part Sophia Loren, part Momma Rose, Gaga overwhelms everyone – even when she’s underplaying. In scenes with Pacino and Leto overacting up a storm, she wins. Hers is an amazing gift that makes you wonder what she could do with other showy roles.

Considering he doesn’t bring the bombast, Driver is good, too. He seems like a typical “son of,” just holding on while others make the big decisions. He’s at odds with his father (expertly played by Jeremy Irons), who is just as much a parasite as the others. Living in the past, Iron’s Rodolfo still views himself as a matinee idol, watching films in his mansion like a Reagan-era Norma Desmond.

All the spicy moments, though, don’t add up to a whole that is satisfying. “House of Gucci” even slides by the recovery that designer Tom Ford masterminded.

Salma Hayek, as a fortune teller who serves as Patrizia’s adviser, is mere filler. She shuffles the deck and goes to the spa, but she doesn’t play a role that goes beyond connecting the dots.

The wild card is Leto, who isn’t afraid to play the fool. Unrecognizable, he tries to convince the relatives he’s a creative genius – someone who could bring the brand back to glory. Had he realized how valuable Patrizia is, he could have formed a pact and taken Gucci to new heights. Instead, he’s the family jester, good for a laugh but little more.

If “House of Gucci” gets Oscar attention, it’ll be for Leto’s and Gaga’s performances. Scott had a shot at a Best Director nod, but wastes it by not focusing on what matters most. With “All the Money in the World,” he understood the game. Here, he’s so busy pointing out the characters he doesn’t realize what story it is they’re trying to tell.

REVIEW: Will Smith emerges as the champion of 'King Richard'

Lin-Manuel Miranda owes a debt of gratitude to “Rent” creator Jonathan Larson and, in “Tick, Tick…Boom!”, he pays it back fully.

REVIEW: 'Power of the Dog' brings out strength in Cumberbatch, Dunst, Smit-McPhee

Director Jane Campion gives new meaning to the term “survival of the fittest” in her longing drama, “The Power of the Dog.”

Lady Gaga and Adam Driver in "House of Gucci."