Olympics live: Simone Biles on the beam, Men's basketball and the latest results from Tokyo

REVIEW: 'Luca' explores the depths of friendship and acceptance
0 Comments
Share this
{{featured_button_text}}
1 of 3 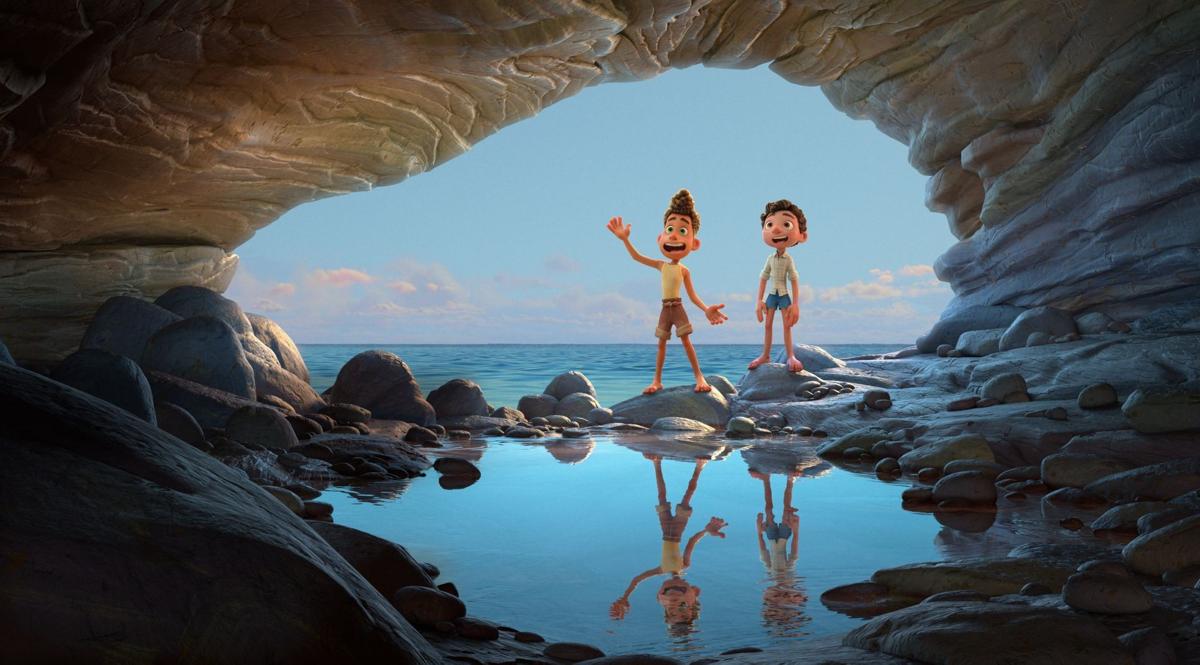 Two friends emerge from under the sea to explore life as humans in the coming-of-age film "Luca." 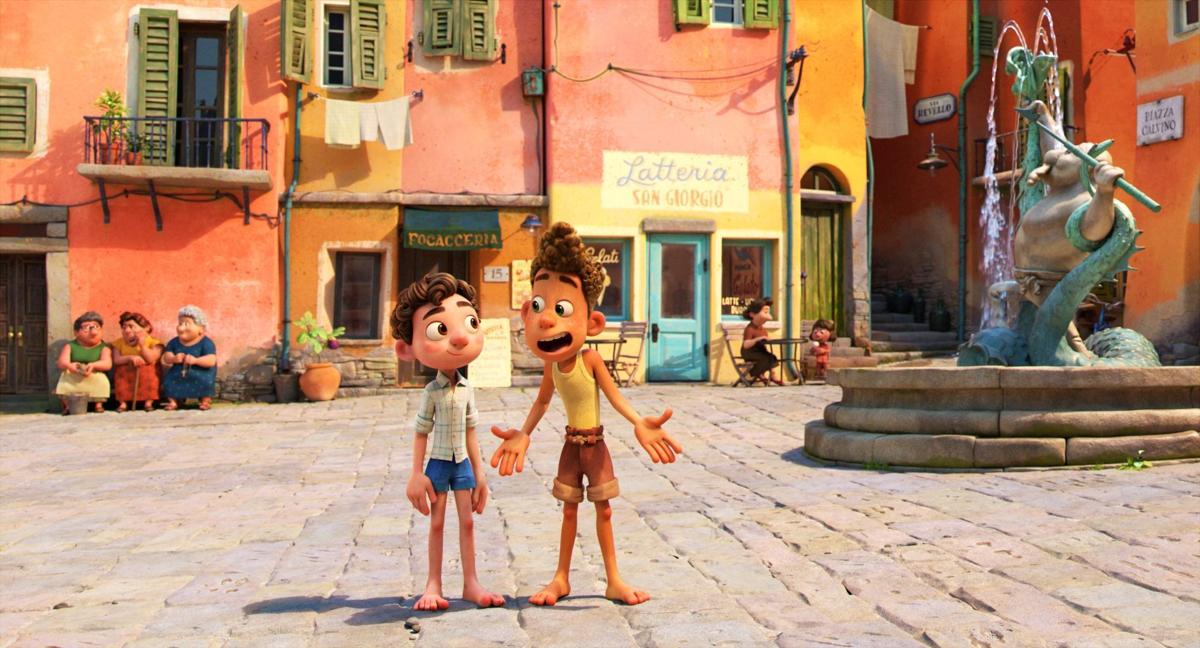 Luca (voiced by Jacob Tremblay), left, and Alberto (Jack Dylan Glazer) decide they're going to enter a competition so they can buy a Vespa and explore the world. The only problem? They're sea creatures who turn when they get wet. 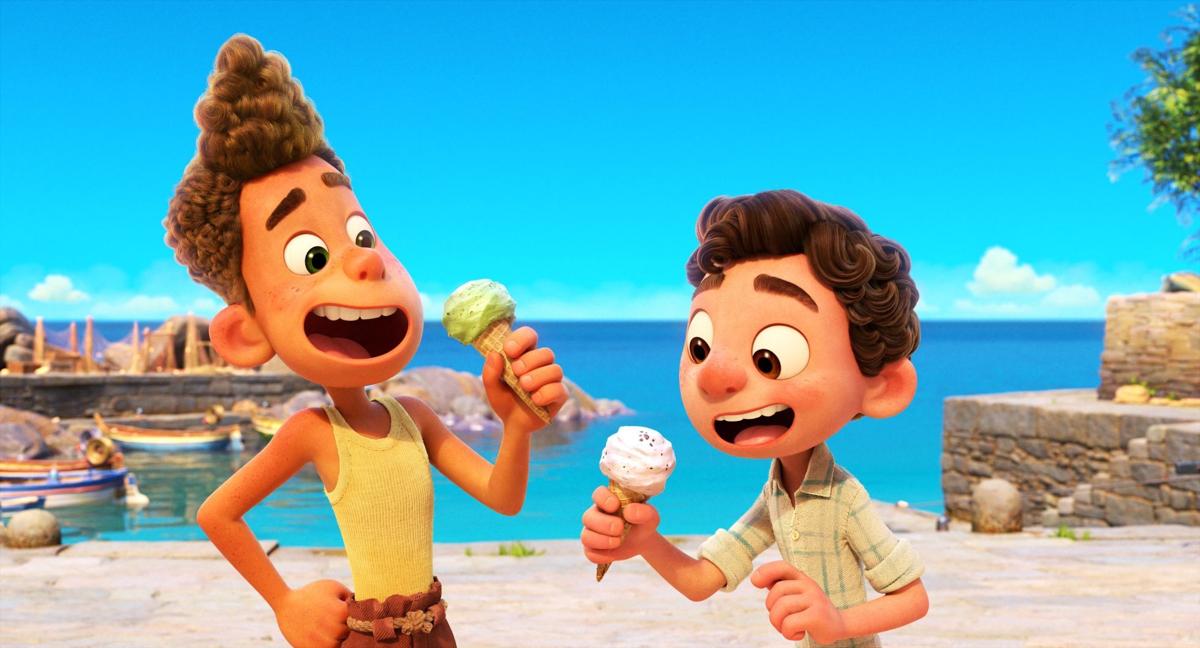 Alberto (Jack Dylan Glazer) and Luca (Jacob Tremblay) enjoy the delights above ground when they turn into boys in the animated feature "Luca."

The old “fish out of water” concept takes hold in “Luca,” a charming coming-of-age story that uses animation to its fullest.

Set under the sea, it follows a young sea monster (tad?) named Luca (Jacob Tremblay) who’s interested in the world up above. When he reaches the surface, he isn’t scaly and disgusting. He looks like a human boy. Undetected, he can enjoy the spoils of the Italian Riviera and be treated like any number of kids interested in entering a tri-whatever competition (that involves biking, swimming and eating).

Making friends with Alberto (Jack Dylan Glazer), a similarly afflicted sea monster, he experiences the joys of the world “The Little Mermaid” pined for. Up where they run, Luca and Alberto befriend an Italian girl named Giulia (Emma Berman) who is determined to take home the Portorosso Cup. With each contributing a leg of the race, they figure they can win.

The three train, talk about life and wonder what lies beyond. Theirs is a super-bonding experience, set in a world the folks at Pixar haven’t explored. Directed by Enrico Casarosa, it has plenty of Italian touchstones, even though most folks speak in unaccented English. When Luca’s parents (nicely voiced by Maya Rudolph and Jim Gaffigan) surface, they discover some of the same wonders and begin to see what it is their son wants.

Casarosa uses vibes from other animated films (a little “Pinocchio” here, a little “Jimmy Neutron” there) and leans into the kind of bonding that made “Onward” a treat last year.

Tremblay, one of the stars of “Room,” has an ideal voice for an animated character. Grazer is pretty adept, too. When they’re talking about dreams (and Vespas), they’re tapping into that yearning that hits most kids at a certain point.

The “sea monster” moments aren’t scary (think: “Shape of Water”), but the transformations manage to be more than a little technical wizardry. When they’re caught in the rain, the two have to do some quick thinking to avoid being found out.

The race – which looks like a slam dunk for a smarmy kid who won it five times – involves plenty of harrowing turns and a twist that could make hiding a thing of the past.

While “Luca” isn’t as complex as Pixar’s “Inside Out” or “Soul,” it does get at the heart of human existence. Friendship can affect so much. Here, it suggests it’s the boost everyone needs to take that vital next step.

Rated: PG for some intense scenes

Bruce's Take: This is a charming story of friendship that hits on multiple levels.

REVIEW: 'Cruella' samples past efforts to create its own wacky coat

The new “Cruella” film seems cut from the same cloth as “The Devil Wears Prada.”

REVIEW: 'Mitchells vs. the Machines' offers plenty of family fun

If you thought it was hard waiting in line at a theme park, you haven’t had a next-level vacation like the Mitchells.

SIOUX CITY -- Four years ago, when social distancing wasn’t in our vocabulary and outdoor concerts filled summer calendars, a newly blonde Ala…

REVIEW: 'Art of Luca' suggests how sea monsters might look

REVIEW: Lee Brice throws a welcome back party like no other

Every song was a sing-along song at Lee Brice’s raucous concert Friday night.

Just when you think your college degree is a ticket to success, someone moves the bar.

If “F9” is your first encounter with the “Fast and Furious” franchise, you’ll wonder who all the cliché-spouting characters are.

There’s a message of sorts about the dangers of social media lurking in “The Boss Baby: Family Business” but it doesn’t take hold until long a…

WATCH NOW: Disney's parks aren't such a small world after all

Attractions at Walt Disney World and Disneyland are like icebergs. “You’re only seeing maybe two percent of the attraction,” says Brian Volk-W…

Two friends emerge from under the sea to explore life as humans in the coming-of-age film "Luca."

Luca (voiced by Jacob Tremblay), left, and Alberto (Jack Dylan Glazer) decide they're going to enter a competition so they can buy a Vespa and explore the world. The only problem? They're sea creatures who turn when they get wet.

Alberto (Jack Dylan Glazer) and Luca (Jacob Tremblay) enjoy the delights above ground when they turn into boys in the animated feature "Luca."