Trump vs. the health experts on vaccine distribution, mask effectiveness. Get the latest. 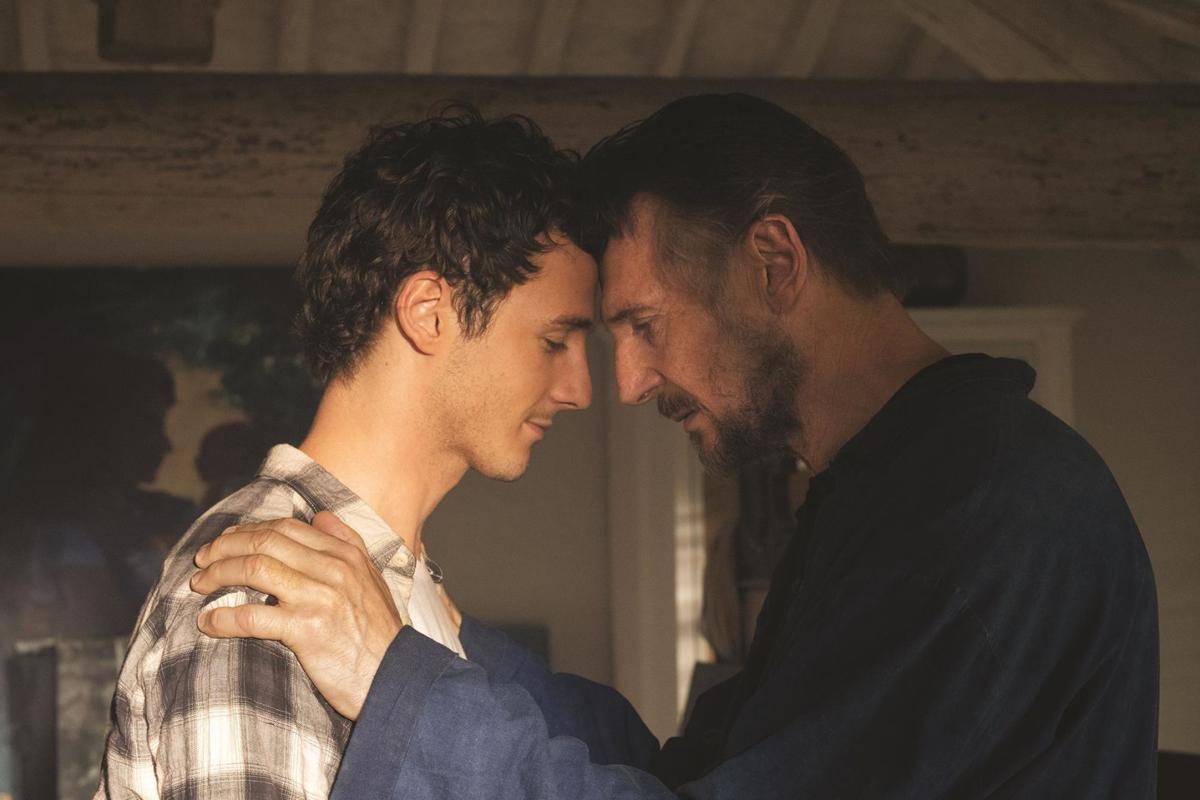 Micheal Richardson, left, and Liam Neeson star in "Made in Italy." 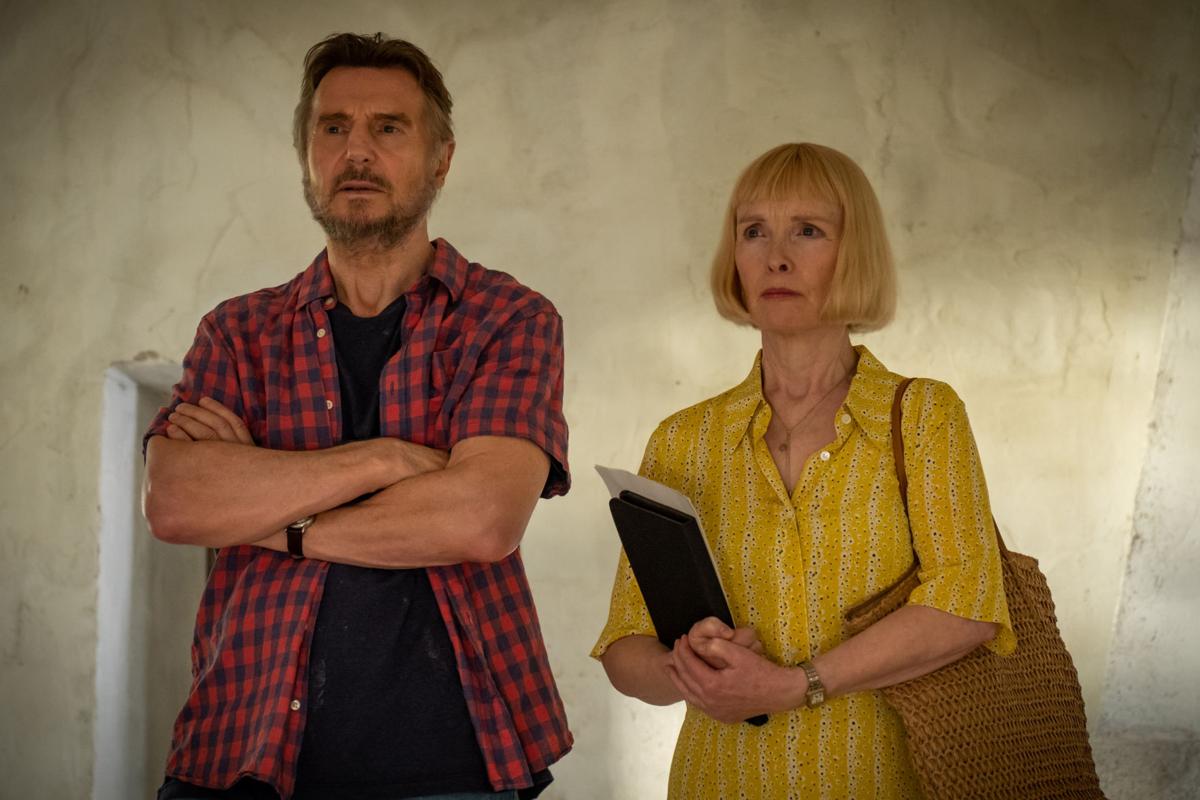 Liam Neeson and Lindsay Duncan size up a home for sale in "Made in Italy."

Before you even get to the first line of “Made in Italy,” there’s a lot to unpack.

For starters, stars Liam Neeson and Micheal Richardson are father and son. They’re in a film about a father and son reuniting after the death of Neeson’s wife. Neeson’s an aloof artist; Richardson’s a gallery owner whose marriage is falling apart.

Together, they journey to Tuscany where, presumably, they’ll restore a house they can sell. There, plenty of memories of the late wife/mother flood back into both their lives.

On paper, it sounds simple. On screen, you can’t help thinking both had thoughts of wife/mother Natasha Richardson. Again, a lot to unpack.

But if you take it at face value, “Made in Italy” is a simple rom-com (too simple, at times) that lets Richardson show just how good those acting genes are.

Fresh and natural, he reacts in interesting ways and isn’t afraid to show his emotions. Neeson, meanwhile, offers one of those buttoned-down performances that take a fight to unleash. Then, the real waterworks start and it’s a quick rush to the end.

Written and directed by James D’Arcy, “Made in Italy” doesn’t take advantage of its setting all that often. The two leads are holed up in the crumbling home for much of the film. When they do get out, D’Arcy doesn’t revel in the landscape. He has a great point-of-view shot from a vehicle, but too many focus on details – like a car’s tires.

Because this wouldn’t be a rom-com without partners, both father and son get women to warm to. Those moments help fill in the blanks about the estranged relationship and, sure enough, there’s a room in the house where plenty of mom’s things have been stashed away. When it’s found (and why this doesn’t happen almost immediately is anyone’s guess), the battle begins.

Lindsay Duncan adds a nice dimension as a real estate agent trying to help them sell the house. Valeria Bilello is good as the woman who gets Richardson to open up.

The two work well together but Richardson really shines. He looks a bit like Orlando Bloom, acts in places like Rupert Everett.

There’s a future here for him. “Made in Italy,” if anything, lifts dad’s shadow.

Bruce's Take: Micheal Richardson comes into his own as an actor with this low-key comedy.

REVIEW: 'The Rental' makes you think twice about vacation

DVD REVIEW: 'Scoob!' hits market and could be a game changer

The film sounds an alarm about the next generation of politician, but it also embraces the flames of hope. It’s a fascinating look at behavior and, quite easily, one of the best movies of the year.

REVIEW: 'Unhinged' lets Russell Crowe release all of his rage

The film may not hammer home the “words and actions have consequences” message. But it’ll make you think twice about lashing out the next time someone cuts you off in traffic.

A mix of old and new films fill theaters this week

In addition to "Unhinged," the one big release this week, Bruce Miller runs down the films most likely to turn up on your neighborhood screens around Siouxland.

Micheal Richardson, left, and Liam Neeson star in "Made in Italy." 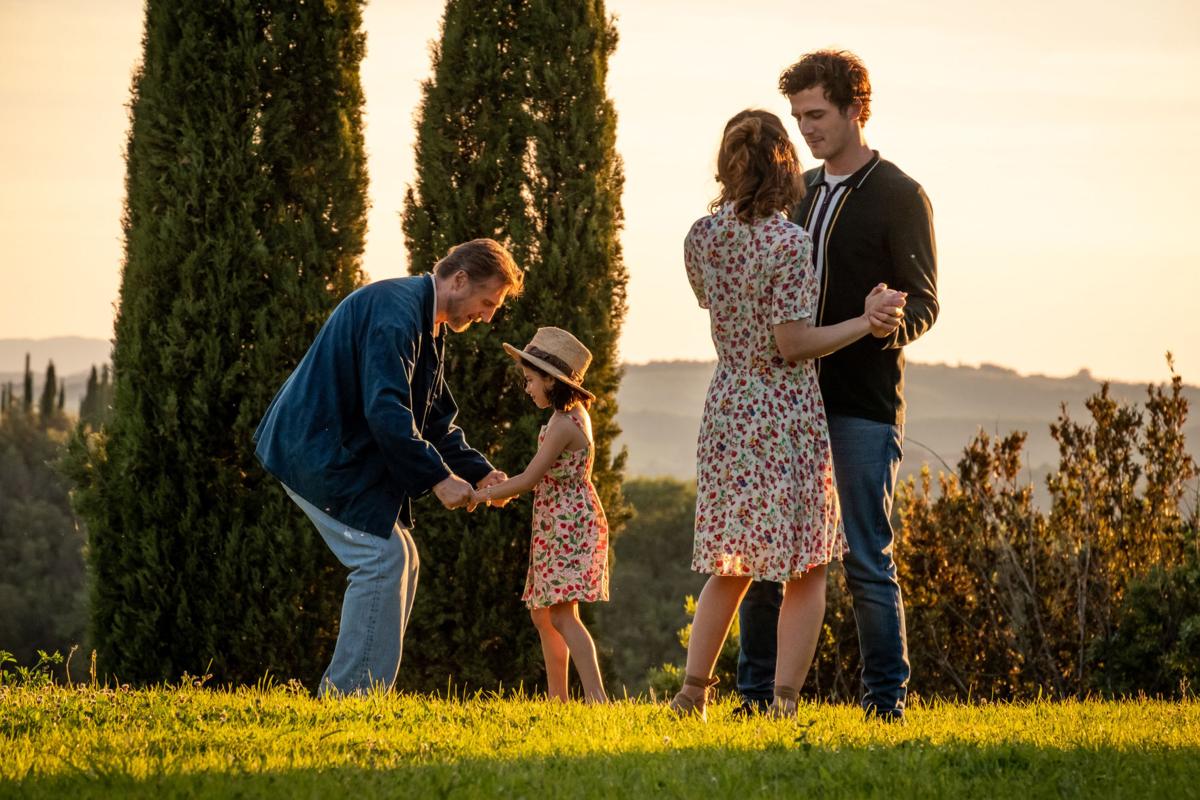 Liam Neeson, left, and Micheal Richardson find love interests in "Made in Italy."

Liam Neeson and Lindsay Duncan size up a home for sale in "Made in Italy."