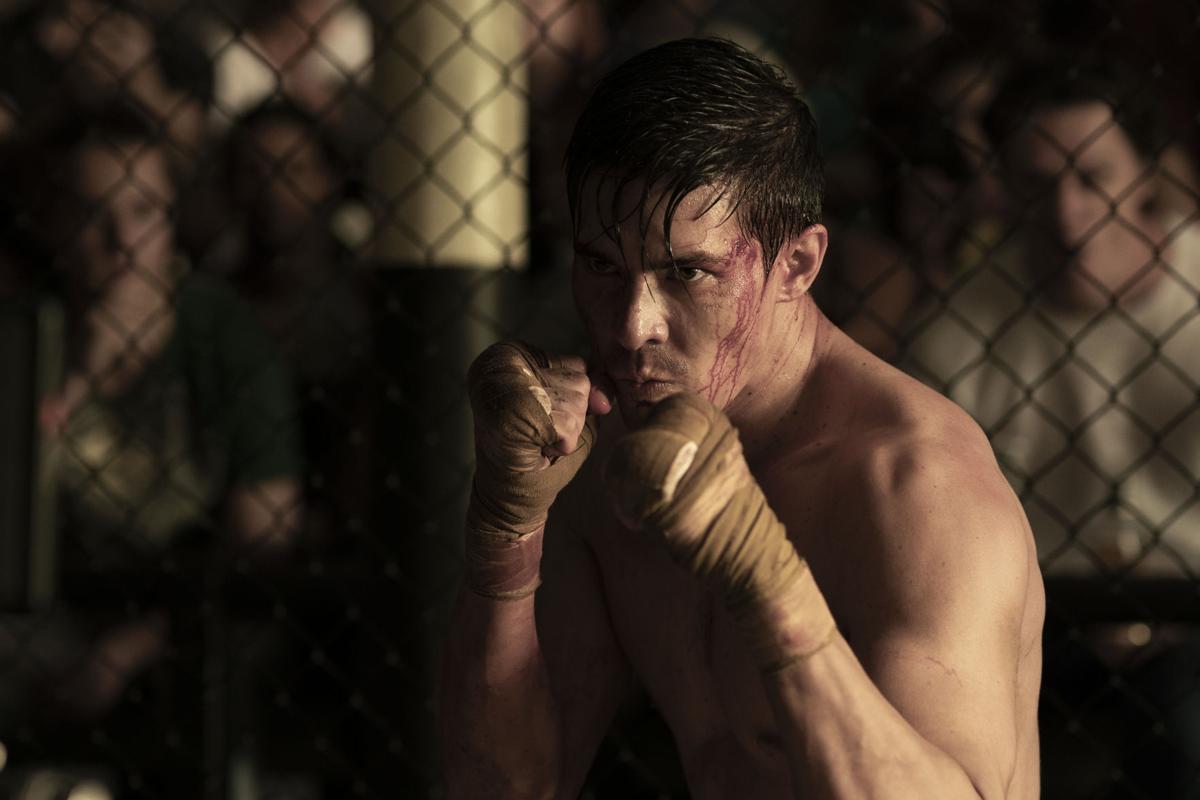 Hiroyuki Sanada and Joe Taslim set "Mortal Kombat" into motion with, what else? Martial arts.

Most video games don’t have plots, they have levels. Which makes something like “Mortal Kombat” extremely difficult to follow.

Sure, there’s a lot of loud music when someone new shows up, but to what end? Is this just an introduction to characters or a display of horrid ways to die?

Directed by Simon McQuoid, the rambling reboot desperately wants to be another “Mad Max: Fury Road” but it winds up looking like the horrors of shop class without a supervisor.

At one point, a tossed hat makes like a table saw and slices a person in half, literally.

Hands get diced, too, and, before you can say, “spring in Iowa,” whole worlds freeze over.

Visually, it’s interesting to watch but impossible to follow.

As an intro of sorts, a 17th century Japanese warrior, Hanzo Hasashi (Hiroyuki Sanada), faces extinction when a brutal rival, Bi-Han (Joe Taslim) comes calling. The battle results in plenty of bloodshed and a show of force: Bi-Han encases Hanzo’s dead wife and son in ice that emanates from his body.

Then, McQuoid whisks us to contemporary times where a cage fighter, Cole Young (Lewis Tan), muses about his dragon’s head birthmark. Quickly, a pair of soldiers clue him in and tee up the battle between Earthrealm and Outworld.

While the plot is too much for newbies to sort out, the amped-up battles are at least interesting to watch. They involve plenty of new weapons and ways of surprising.

Humor emerges from an Aussie mercenary named Kano (Josh Lawson) who comes off like an R-rated Crocodile Dundee. He spits out contempt repeatedly and pushes the others to get to a temple where they can act on Cole’s destiny.

Despite a number of talented Asian actors, McQuoid isn’t all that interested in showcasing different forms of martial arts. He’s just using the stylus that comes with a souped-up iPad.

As a result, this “Mortal Kombat” isn’t any more engaging than the game; it just has better graphics.

That 17th century warrior doesn’t disappear entirely, either. He figures into the brisk film’s closing moments but that could be a way to set things up for a sequel. What that would be is anyone’s guess. This “Mortal Kombat” doesn’t have a mortal combat competition, just a lot of levels and occasional swearing.

REVIEW: Is space really as boring as 'Voyagers'?

Two thoughts come to mind the minute “Voyagers” begins: Why are these young people so impossibly good looking and why are they so incredibly quiet?

REVIEW: 'Godzilla vs. Kong' makes you want to go to a theater

King Kong breaks the glass ceiling in “Godzilla vs. Kong.” He also reveals how sworn enemies can join forces when bigger threats are at play.

“French Exit” raises an “end-of-life” conversation but it never gets past the introductions.

Hiroyuki Sanada and Joe Taslim set "Mortal Kombat" into motion with, what else? Martial arts.