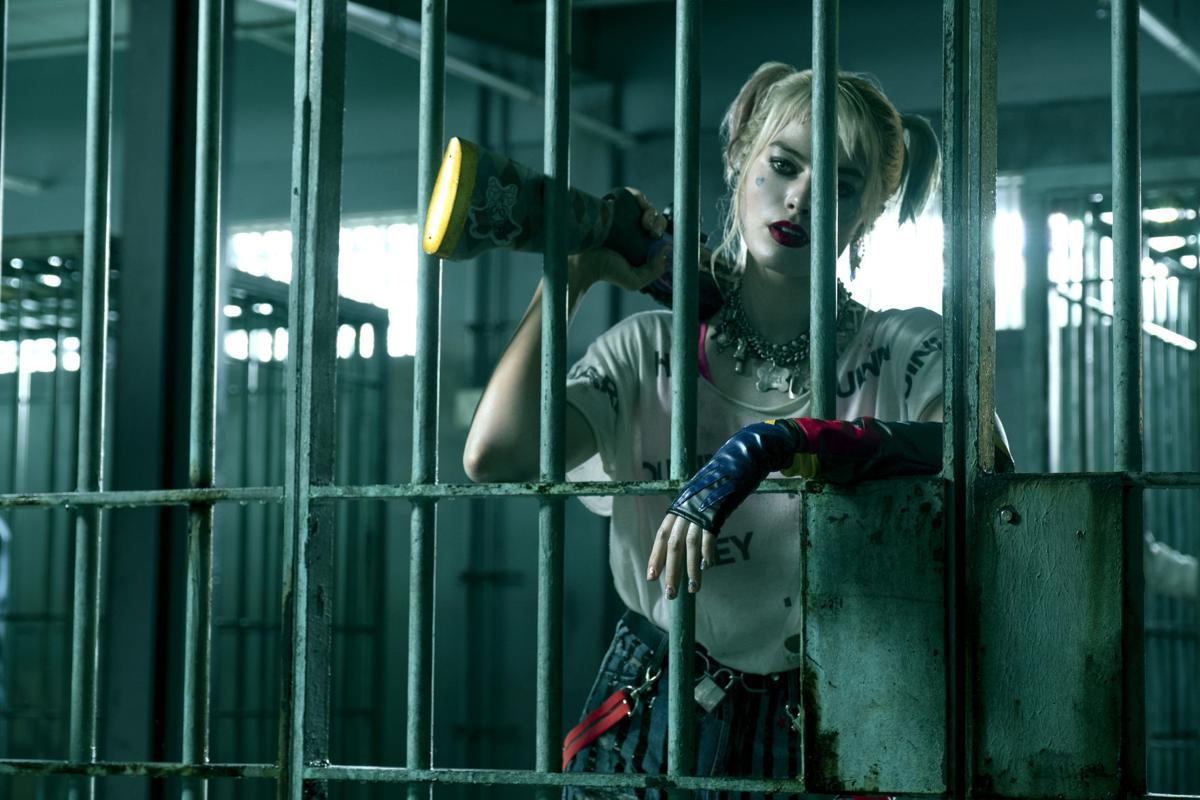 Harley Quinn (Margot Robbie) figures how she can get out of tough situations in "Birds of Prey." 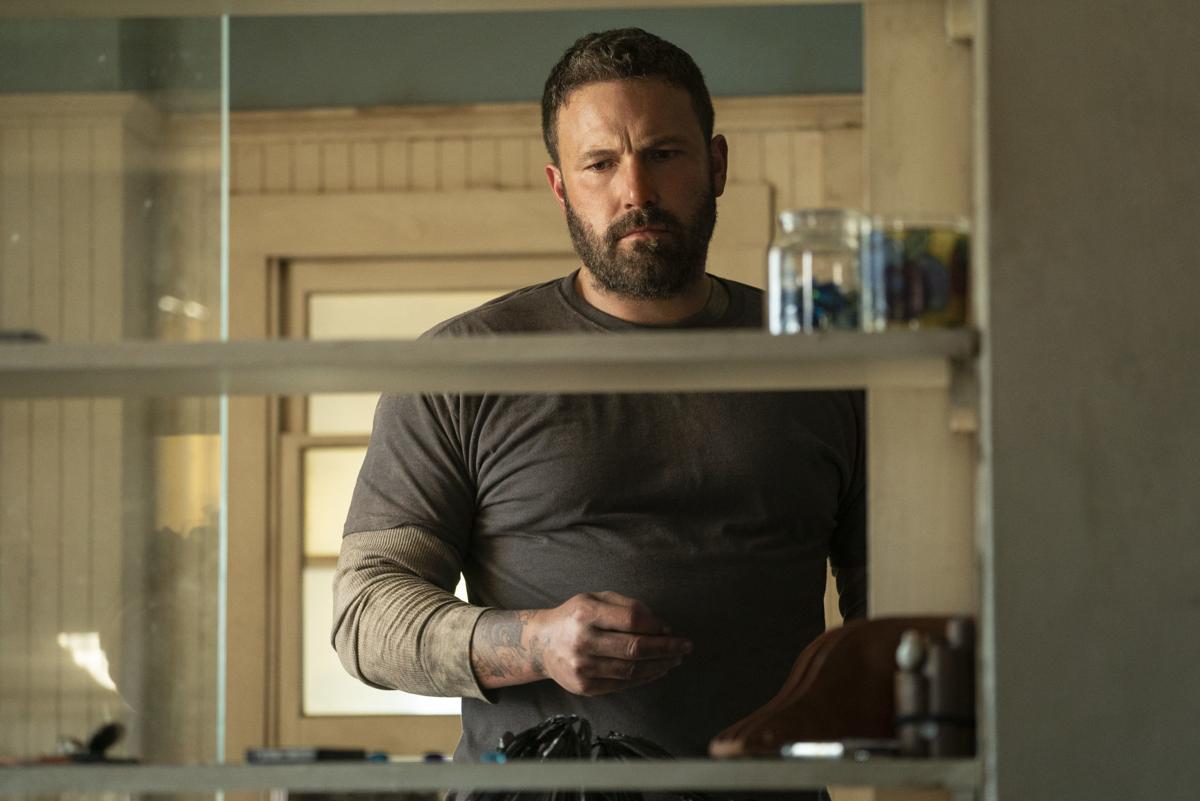 Ben Affleck plays a star basketball player who returns to coach at his old school in "The Way Back."

This image released by Paramount Pictures shows Sonic, voiced by Ben Schwartz, left, and James Marsden in a scene from "Sonic the Hedgehog."

Is your coronavirus home theater looking for new product?

These films were in theaters (or slated to be) just weeks ago. Now, they're available for a showing in your living room. Here's the latest list and where to find them:

“Onward” (On Demand: March 20; Disney+: April 3): Two brothers find a way to bring half of their father for one day. They go on a journey to find the jewel that can make him fully return. Animated, it features the voices of Chris Pratt and Tom Holland. It has an emotional end that could make the early adventure disappear, particularly if you’ve been stuck in the house for a long time.

“Emma” (Digital release: March 20): Anya Taylor-Joy plays the meddling young woman who trolls a sea of eligible men in order to discover what matters most. The Jane Austen story plays out in lavish settings and costumes, but it’s not the Merchant-Ivory extravaganza you’d expect. Think: PBS.

“The Invisible Man” (Digital release: March 20): Elisabeth Moss fears she’s being held hostage in a gorgeous house by a man who has the ability to make himself invisible. Or so she thinks. A real mind game, this version should hold your interest through to the final escape. You may be scared, though, of those who get a little testy at home.

“The Hunt” (On Demand: March 20): Hunting humans? Like “The Purge,” this satire suggests what might happen if the haves go after the have-nots and the have-nots rebel. It wants to be a more intellectual journey than it actually is, but you’ll wonder where the guns are stashed in your house after you see it.

“Bloodshot” (On Demand: March 24): Vin Diesel plays a soldier who’s brought back to life after he’s killed in battle. Thanks to technology, he’s able to track who he thinks killed his wife. But borg life can be deceiving. Diesel fans will have to do until the next “Fast and Furious” arrives next year. This isn’t in the same league.

“The Way Back” (On Demand: March 24): Ben Affleck plays a star basketball player who turns to liquor after his son dies. To help him, his old high school hires him as the coach of a ragtag team. It’s inspiring but the film doesn’t offer much in terms of others’ backstories.

“Birds of Prey” (Digital release: March 24): Margot Robbie hasn’t given up on Harley Quinn – although she should have. In this sideways sequel to the “Suicide Squad,” she takes out her anger on Gotham and tries, desperately, to be as funny as one of the better Jokers. She’s not.

“The Gentlemen” (Digital release: March 24): Guy Ritchie directs a muddled drama with Matthew McConaughey as a drug dealer living in London. When he tries to liquidate, there are plenty of distributors who want to change his mind. Muddled, this doesn’t do anyone a favor.

“Sonic the Hedgehog” (Digital release: March 31): Better than you’d expect (particularly since the first look at the animated Sonic was disastrous), it mines an “E.T.” story while giving Jim Carrey one more chance to go overboard. It’s more juvenile than most, but it’s not the worst videogame transfer.

“The Lovebirds” (Netflix: April 3): Before he got that Marvel Universe body (get ready for the makeover), Kumail Nanjiani teamed with Issa Rae for this comedy about a couple pulled into a murder mystery. They’re both capable of laughs. We’ll hope this fills the bill.

“Trolls World Tour” (Digital release: April 10): Justin Timberlake has been teasing music from this sequel for several weeks now. Interestingly, it finds his Branch and Anna Kendrick’s Poppy traveling to all sorts of musical lands. Unfortunately, they’re up against a mad queen who wants to destroy all music that isn’t rock. Rachel Bloom voices the baddie.

REVIEW: 'Onward' brings tears but plenty of familiarity, too

The message: “Your capacity to love is what makes your family,” says J. August Richards, one of several leads. “It really hits me in a place where I live, which is that family is really not limited to race, sexual orientation, not even genetics.”

REVIEW: 'One Day at a Time' returns with growth spurt

While little of the comedy’s charm is missing, it does have an older vibe, largely due to Alex's growth spurt. Now he’s in a steady relationship, trading barbs with grandmother Lydia and taking a surprised view of his mom’s solo activities.

It’s too bad director Alfonso Gomez-Rejon wasn’t charged with making online lessons for students stuck at home: He offers so much reading in “The Current War,” it’s like this is a master class in electricity.

Harley Quinn (Margot Robbie) figures how she can get out of tough situations in "Birds of Prey." 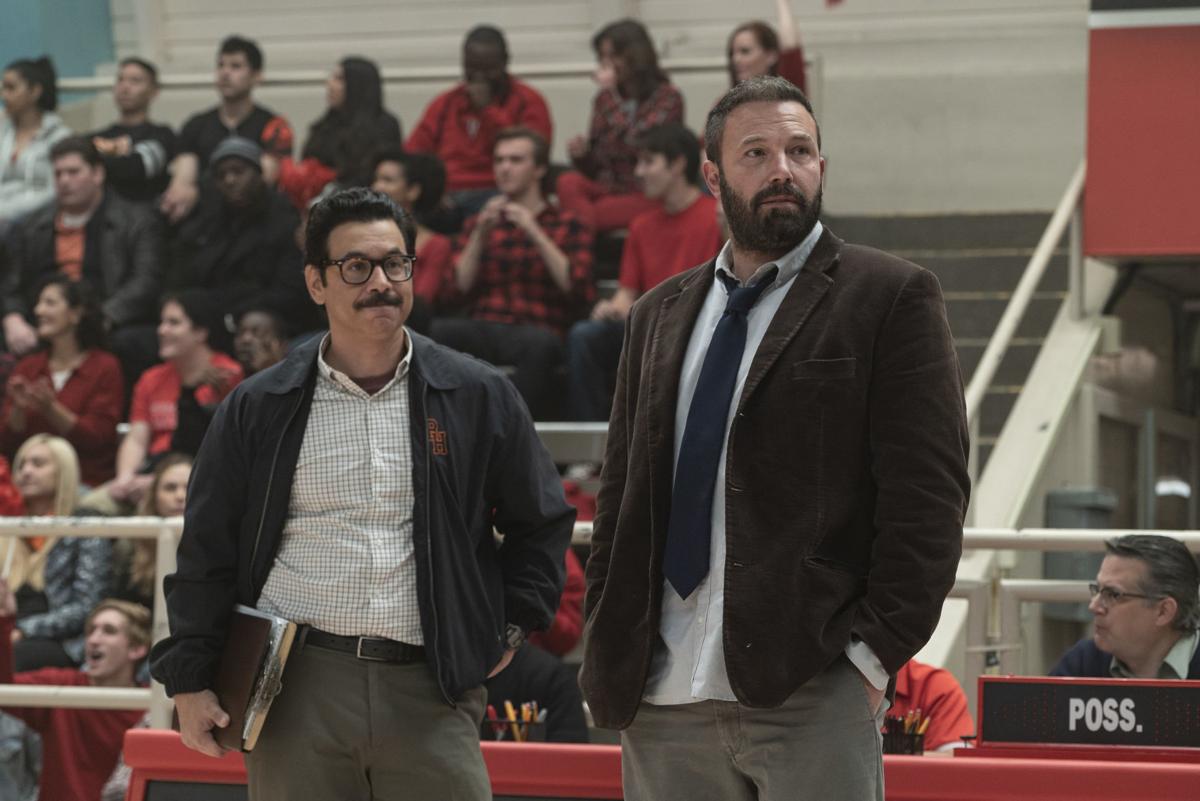 Al Madrigal, left, plays assistant to Ben Affleck in "The Way Back," a film about a basketball player's comeback.

Ben Affleck plays a star basketball player who returns to coach at his old school in "The Way Back."

This image released by Paramount Pictures shows Sonic, voiced by Ben Schwartz, left, and James Marsden in a scene from "Sonic the Hedgehog."

This image released by Paramount Pictures shows Sonic, voiced by Ben Schwartz, in a scene from "Sonic the Hedgehog."