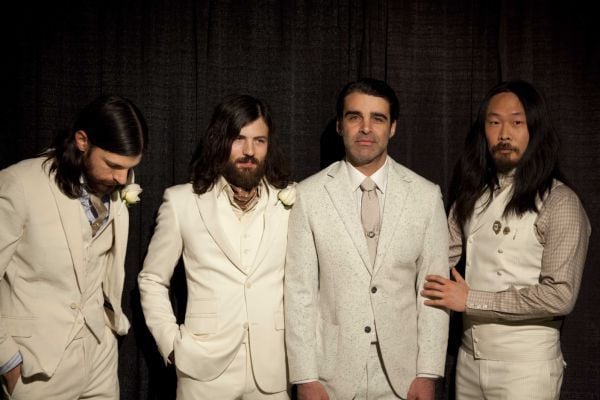 The Avett Brothers will headline this summer's Saturday in the Park on July 5 and Lollapalooza in Chicago in August. 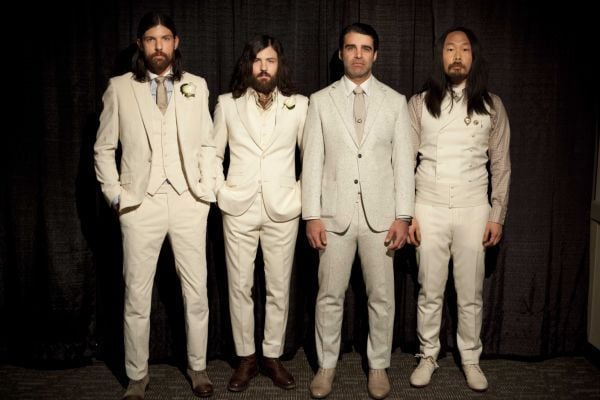 The Avett Brothers will perform at Saturday in the Park July 5 at Grandview Park in Sioux City. They will be joined by Bonnie Raitt, along with special guest Ziggy Marley, as main stage headliners. The 24th annual event takes place from noon-10:30 p.m. Admission is free. 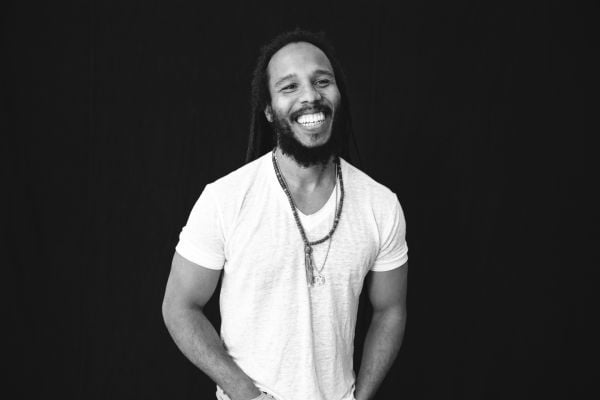 Ziggy Marley will headline this summer's Saturday in the Park on July 5. 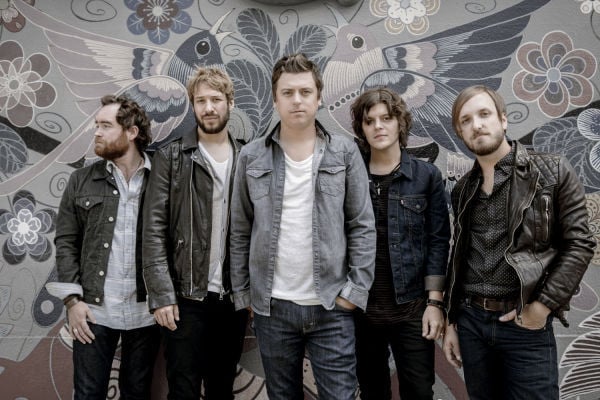 The Wild Feathers will headline this summer's Saturday in the Park on July 5.

Bob Crawford, bass player for the Avett Brothers, doesn't know how he could handle the struggles life has thrown at him without God.

When Crawford's infant daughter had her first seizure in 2011, Crawford entered a long journey as she struggled to survive a brain tumor.

Being a traveling musician, Crawford said he has had to put his daughter's life in God's hands as he headed to the next gig and the Avett Brothers rose to national popularity.

That stardom will bring the Avett Brothers, with Crawford alongside brothers Scott and Seth Avett, to Saturday in the Park to close the festival at 8:30 p.m. tomorrow.

But before Crawford and the Avett Brothers got to this point, the bass player took a year-long break from the band in 2011 while his daughter received radiation treatments.

"The most important thing in my life is the well-being of my family and, at this point, my daughter," Crawford said.

Crawford returned full time in 2012 shortly before the release of "The Carpenter." He has continued to perform with the band, traveling around the world and leaving his family in God's hands.

"It can make you sick sometimes," Crawford said, "when things aren't going well."

His daughter, now 4, was doing better but then it came back, Crawford said.

"It's the kind of thing where you're never really over it," he said.

As Crawford struggled to support his family, he said his faith in God strengthened and while his conversion to Christianity wasn't a straight walk, Crawford said, "It's something that I just can't handle myself."

While finding comfort in religion, Crawford said music also became a place of solace through this process. Crawford started playing with the Avett brothers when the musicians were still playing more rock than folk.

Crawford joined them with his upright bass playing spots like the Dairy Queen, a college cafeteria and any empty street corner.

After playing with brothers Scott and Seth Avett for more than a decade, Crawford said the band creates a collaborative sound that comes through in albums like the band's most recent, "Magpie and the Dandelion."

While recording the 2012 album "The Carpenter," the Avett Brothers produced enough music for a second album, which became "Magpie and the Dandelion."

"There were no throw-away songs from that session," Crawford said. The folk band came out with "Magpie" in 2012 as a companion album, but Crawford said he is more drawn to the music from "Magpie."

The album, he said, has energy that was absent from "The Carpenter." "Magpie" includes great Avett Brother's tunes like "Another is Waiting" and "Morning Song" and is no doubt one of the band's best works.

Then in 2011, the band joined Mumford and Sons and Bob Dylan at the Grammys. Crawford returned from his sabbatical to play at the show, and said it was one of those surreal experiences.

At the same time, the 43-year-old musician said, "we're living our lives and trying to do our best to take care of our families."

And with God by his side, Crawford said he's been able to give up some of that control and enjoy life despite the curve balls regularly coming his way.

"I'm really comfortable where life is for all the tragedy and upheaval," Crawford said. "This life we live, I don't know how you can handle it without God. We're all kind of over our heads."

The Wild Feathers may seem like newcomers with only one album to its name, but having already shared a stage with Willie Nelson, Bob Dylan and Paul Simon, the five-man band is catching up fast.

With an unusual lineup -- three talented singers sharing the spotlight -- The Wild Feathers have grown from a Nashville act to a nationally touring group with a constantly expanding resume of collaborators and catchy songs like "The Ceiling" and "Left My Woman."

The latter tune hits many of the member close to home said soulful singer Taylor Burns. Some of the members left girlfriends and wives behind, a couple for good, to go on the road full time. That jump has led to professional success.

"All our families just think we're famous or something," Burns said.

Especially when the band headed off to play two shows with Bob Dylan. Burns said he can hardly believe that happened, despite the hundreds of photos his parents took to prove it.

"It's been incredible," Burns said, "to say the least."

Performing is serious and deep for Ziggy Marley.

After a lifetime performing the reggae music his father revolutionized, Marley said every time he gets on stage, he still feels different energy, moods and emotions.

Tomorrow, Marley will take the Saturday in the Park stage for the second time. He played the festival in 1999 as Ziggy Marley and the Melody Makers with his siblings Cedella, Stephen and Sharon Marley.

Over the three decades since his father passed, Marley said he's continued to take inspiration from Bob Marley's legacy along with other revolutionaries like Marvin Gaye and Miles Davis.

Marley feels the connection to his father's music, but doesn't let that limit his own music.

Fresh off the release of "Fly Rasta," Marley said the album crosses through reggae to rock with an unlimited sound that continues to pay tribute to his father. But acknowledging his roots doesn't keep Marley from reinventing his own sound.

Like his father, Marley puts emphasis on his music and spirituality before selling records and making money. He talks about balancing negativity, elements of poverty, darkness and sadness in the world with a positive outlook.

"I am one of those people who are here to balance it," he said.

He takes performing and writing music seriously as a way to provide balance to the world.

Funnel cakes: A festival favorite at Saturday in the Park

Saturday in the Park wouldn’t be complete without funnel cake maker Dan Stapleton, of Madison, S.D.

Weather forecast favorable for Saturday in the Park

It's an ironclad policy: Saturday in the Park goes on rain or shine.

Making an album is a lot like tending a good relationship, Seth Avett of The Avett Brothers says.

When Bonnie Raitt signed her first recording contact, she did so with a caveat.

Yoga in the Park brings calm to Saturday's fun

Walking into a yoga studio for the first time can be a bit intimidating, especially when newcomers realize they have to take their socks off. An outdoor summer series aims to overcome some of those fears and make yoga more accessible.

Find stories, photos and live updates from the Saturday in the Park music festival.

Videos of performers for the 2014 Saturday in the Park free music festival held in Sioux City's Grandview Park Saturday, July 5.

The Avett Brothers will headline this summer's Saturday in the Park on July 5 and Lollapalooza in Chicago in August.

The Avett Brothers will perform at Saturday in the Park July 5 at Grandview Park in Sioux City. They will be joined by Bonnie Raitt, along with special guest Ziggy Marley, as main stage headliners. The 24th annual event takes place from noon-10:30 p.m. Admission is free.

Ziggy Marley will headline this summer's Saturday in the Park on July 5.

The Wild Feathers will headline this summer's Saturday in the Park on July 5.