Grand jury indicts 1 police officer in Breonna Taylor case; not for her death

Chris Kael strikes a blow for bartenders, thanks to Five Finger Death Punch
View Comments
Share this
Return to homepage × 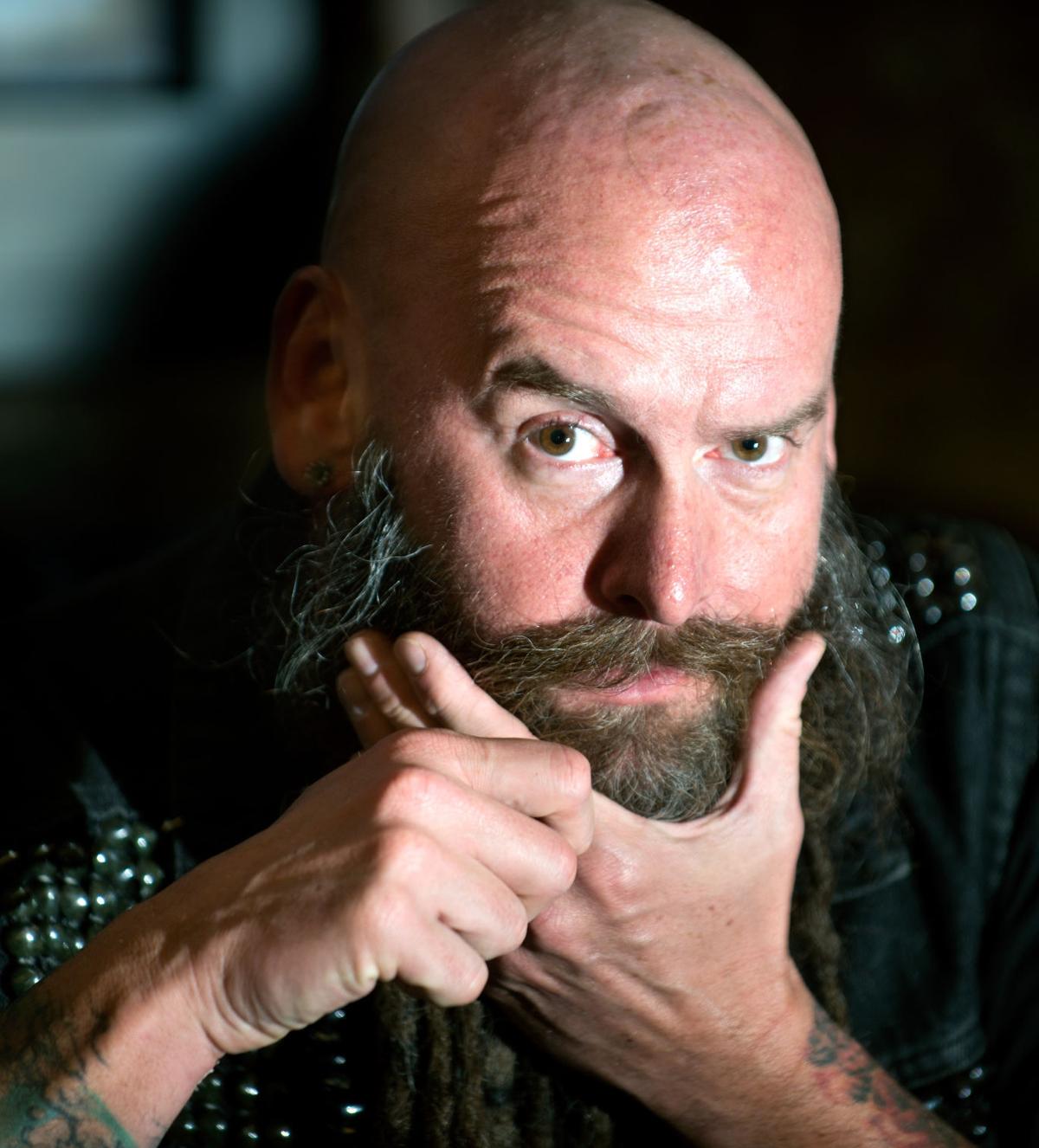 Chris Kael, bassist for Five Finger Death Punch, talks about his beard during an interview Friday shortly before the band's concert at the Hard Rock Hotel and Casino's Battery Park. 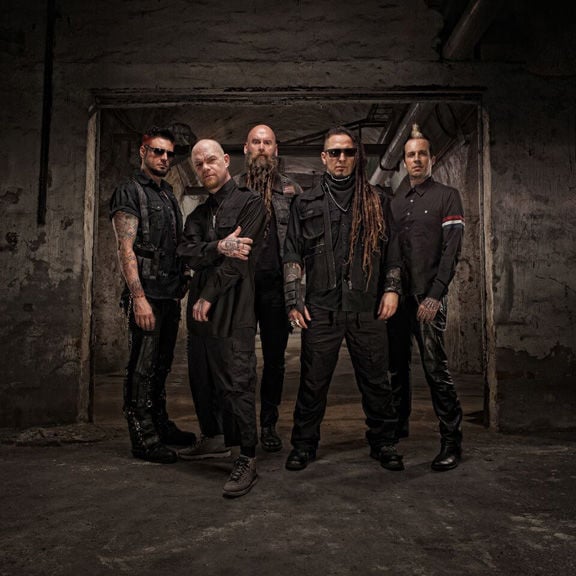 For Five Finger Death Punch’s bassist, Friday’s concert at the Hard Rock Hotel and Casino was something of a homecoming.

Chris Kael was a corporate bar trainer for the Hard Rock Café in Las Vegas, opening branches in Fiji, Vietnam and “the one on The Strip in Vegas” before landing the gig with the best-selling metal group.

“Going from one side of the bar to the stage at the Hard Rock is a full 360,” he said before the Battery Park concert. “I’m excited just talking about it.”

Determined to make it in the music business, the Kentucky native worked at the bar so that he could adjust his schedule for weekend gigs. “Working for the Hard Rock was instrumental in me being able to do this. College students had their schedules and I had mine. I’d work there for three weeks, then go out on the road for two. It was perfect.”

Known for his dreadlock beard, Kael attracted plenty of attention from customers. “I would walk into the bar at 5 o’clock and, you might feel a little vibe, but then I would literally stand on the bar and go, ‘The bar is open!’ and the whole vibe would change.”

Kael was such a showman he got a good sense of what performing as a musician might be like. “It prepared me for being out in the eye of all the fans,” he said.

A signature drink – called the (expletive) delicious – sold quickly when he was making it. It featured an ounce and a half of gold tequila, pineapple juice, blue curacao and Malibu rum. “It was a vacation drink,” he said with a smile. “Anytime you’re drinking blue drinks on The Strip, you’re setting up that vibe.”

While Kael was happy working in the service industry, he went to a System of a Down concert and saw how the crowd reacted. “I said, ‘Oooohhh, someday, that’s going to be me.’”

He knew Death Punch was looking for a bassist and, in 2010, decided to take matters into his own hands. “That night the white light went off: ‘Dude, if you want this, go after it…you haven’t gone after it.’”

Kael turned to Facebook to find a connection. “I sent Jason Hook, our guitarist, a message: ‘Hey, I heard you’re looking for a bass player. Look no further, I’m your guy.’”

Kael got an audition and, two weeks later while he was working behind a bar, he got the word – the job was his. “On the inside, I was like, ‘aaaaaaahhh,’ but I’d been real close before and it didn’t pan out.”

Instead of quitting his job (now at the Cosmopolitan), he worked weekend dates with Death Punch, weekdays at the bar. “For six months, I was still a bartender.” The band was working on its “Wrong Side of Heaven” album and it wasn’t time for Kael to add his bass parts. He called his old manager and got a gig working live events.

When he worked a metal show, he realized he couldn’t mix drinks without being recognized. Customers, he said, would look at him, look at their friends, “then pull out their phones and go, ‘I think it’s him.’” The beard was a dead giveaway. “I’m a full frontal walking advertisement all the time.”

That beard – now six years old – has become such a signature he doubts he could cut it again. “I feel naked without it.”

This summer, while lead singer Ivan Moody was away, Kael sang lead on a number of songs. Now, with Moody back in the fold, he sings backup and gives him a break on several numbers. “It’s nice to be able to step up when you’ve got this huge front man with this monster voice and give him a chance to breathe.”

Rock stardom, the 43-year-old said, is so much more than he thought it would be. “We played the Joint at the Hard Rock Hotel in Vegas and it was amazing. You’re in your hometown, and you’ve gone from being on one side of the bar to having your bass on the wall right where you used to work?” He paused. “Life’s a whirlwind.”

Five Finger Death Punch closed the 2017 Battery Park Concert series and, Oct. 28, will play the T-Mobile Arena in -- where else? -- Las Vegas.

A blonde Morissette offers hints of past and future

A blonde Alanis Morissette gave a sold-out Saturday night crowd at Battery Park a look at her past and, perhaps, a peek at her Broadway future…

It’s not easy to work “Sioux City” into a song, but rocker Bret Michaels managed to do it several times Friday night when he headlined the roc…

Billy Currington sweats up a musical storm at Hard Rock

Billy Currington has such a laid-back way about music it’s easy to forget how many memorable hits he has had.

The short answer: It depends on the venue – and the ground rules set by the act. Here's what you need to know.

Sioux City | There may have been 5,000 people at Battery Park Friday night for the Journey concert, but a big screen behind the band made it s…

Willie Nelson’s guitar, Trigger, looks like it might give out any day but the 84-year-old singer is as strong as ever, able to roll through de…

SIOUX CITY | Little Big Town is coming back to town.

Post Malone’s concert Friday at Battery Park sold out before it even was announced.

Friday there’s no ban on Pitbull in Sioux City.

The Kesha connection -- it's deeper than you think

Watch Now: Vinyl records outsell CDs for the first time since the '80s

Watch Now: Vinyl records outsell CDs for the first time since the '80s

Chris Kael, bassist for Five Finger Death Punch, talks about his beard during an interview Friday shortly before the band's concert at the Hard Rock Hotel and Casino's Battery Park.