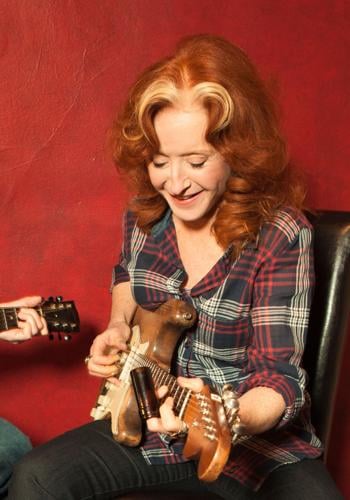 Bonnie Raitt's 21st studio album, "Just Like That," addresses issues close to her heart -- including the loss of friends due to the cornavirus pandemic. 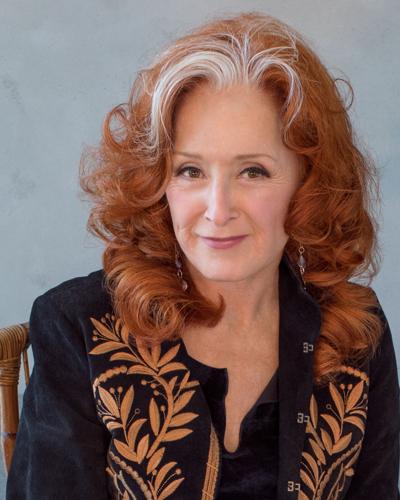 Something to talk about? How about Bonnie Raitt's Lifetime Achievement Grammy Award? She's one of the most celebrated performers in the music industry.

Bonnie Raitt made waiting through the pandemic worthwhile.

Playing at the Orpheum Theatre Saturday night, she reminded us why live music is so important and why you can’t take magic moments for granted – or embrace them through a cellphone video.

Offering up plenty from her new album, “Just Like That,” including a nice chunk from “Nick of Time,” and singing a couple of memory songs, she brought plenty into focus and led us to believe she could be back in the Grammy hunt.

The title cut, inspired by a woman who was about to meet the recipient of her late son’s heart, captured so much of the pain, hurt – and hope – we’ve been feeling, it emerged as something more than others have produced during the past three years. Other songs – “Made Up Mind” and “Living for the Ones” – combine to paint a picture that we couldn’t.

Paired with “Angel From Montgomery,” a song Raitt has been performing with the late John Prine, and, well, you got a very succinct look at the way emotions can manifest.

Luckily, Raitt had those upbeat hits like “Something to Talk About” to keep the night from becoming a “what was.” She was good at bantering, too, and putting everything in context. A Ukrainian flag represented her support for the people of that war-torn country; a screen with what looked like a vast sky at various times of day, set the scene for everything.

She talked about old friends that were no longer around, dished about a new venue that looked like it was made out of “Flintstones rocks” and admitted “Blame It on Me” was one of her favorites from the new album.

Her voice was still just as touching as always; her guitar ability was sharper than ever.

Her choice of openers, too, was pretty darn good. Veteran Mavis Staples, she said, was an inspiration.

At 83, Staples was more than that. A force (that’s the easiest way to describe her), she sang like she was bringing the whole Staples Family on stage. On “This Is My Country,” she cut through all the talking-heads nonsense and put the nation’s divide into perspective. On “I’m Just Another Soldier,” she dug deep and pulled out that rasp that made breastbones rattle.

When a fly started buzzing around her, Staples tried to swat it away but couldn’t. After the song was over, she said, “That shows I still got it,” and burst into laughter. “That was the biggest fly I’ve ever seen.” Sioux City would be known as the place where “giant flies are swarming around the artist.”

After “My Country,” Staples said, “I just might run for president.” If Saturday’s crowd was an indication, she’d win in a landslide. She did plenty of her family’s songs (Staples music has been around for 74 years) and closed with “I’ll Take You There,” a classic that was about as perfect as an opening act could get.

Raitt picked up the baton and continued the charge, winning plenty of admirers for that new album and a place for herself in the business as someone who remembers the past but builds for the future.

Another Grammy for Raitt’s shelf? Bank on it. Saturday's concert was a down payment.

Before stop at Orpheum in Sioux City, Bonnie Raitt says the secret to longevity is being willing to 'prove yourself every night'

“Nobody else would come, but I’d be there with my guitar,” she says.

This year’s Saturday in the Park may have been one of the hottest – and coolest.

Happy Birthday, Viola Davis! Five facts you may not know about the actress

Happy Birthday, Viola Davis! Five facts you may not know about the actress

Bonnie Raitt's 21st studio album, "Just Like That," addresses issues close to her heart -- including the loss of friends due to the cornavirus pandemic.

Something to talk about? How about Bonnie Raitt's Lifetime Achievement Grammy Award? She's one of the most celebrated performers in the music industry.