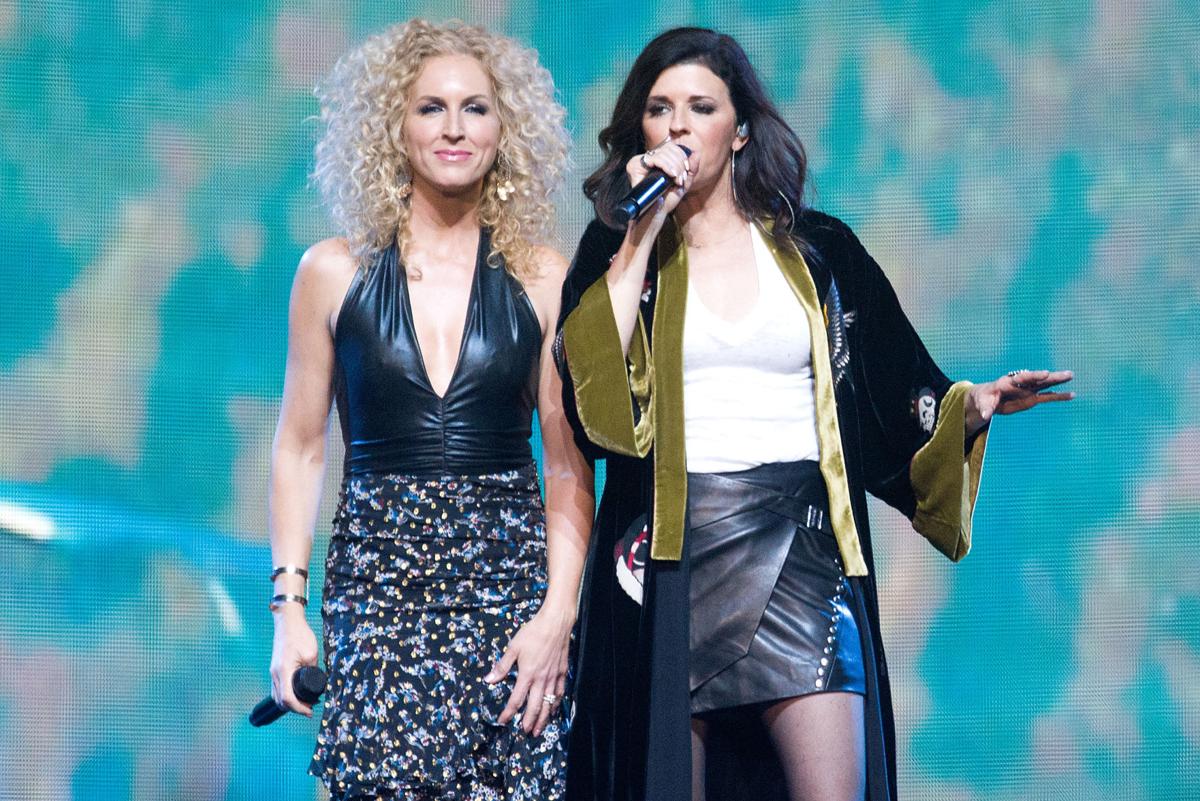 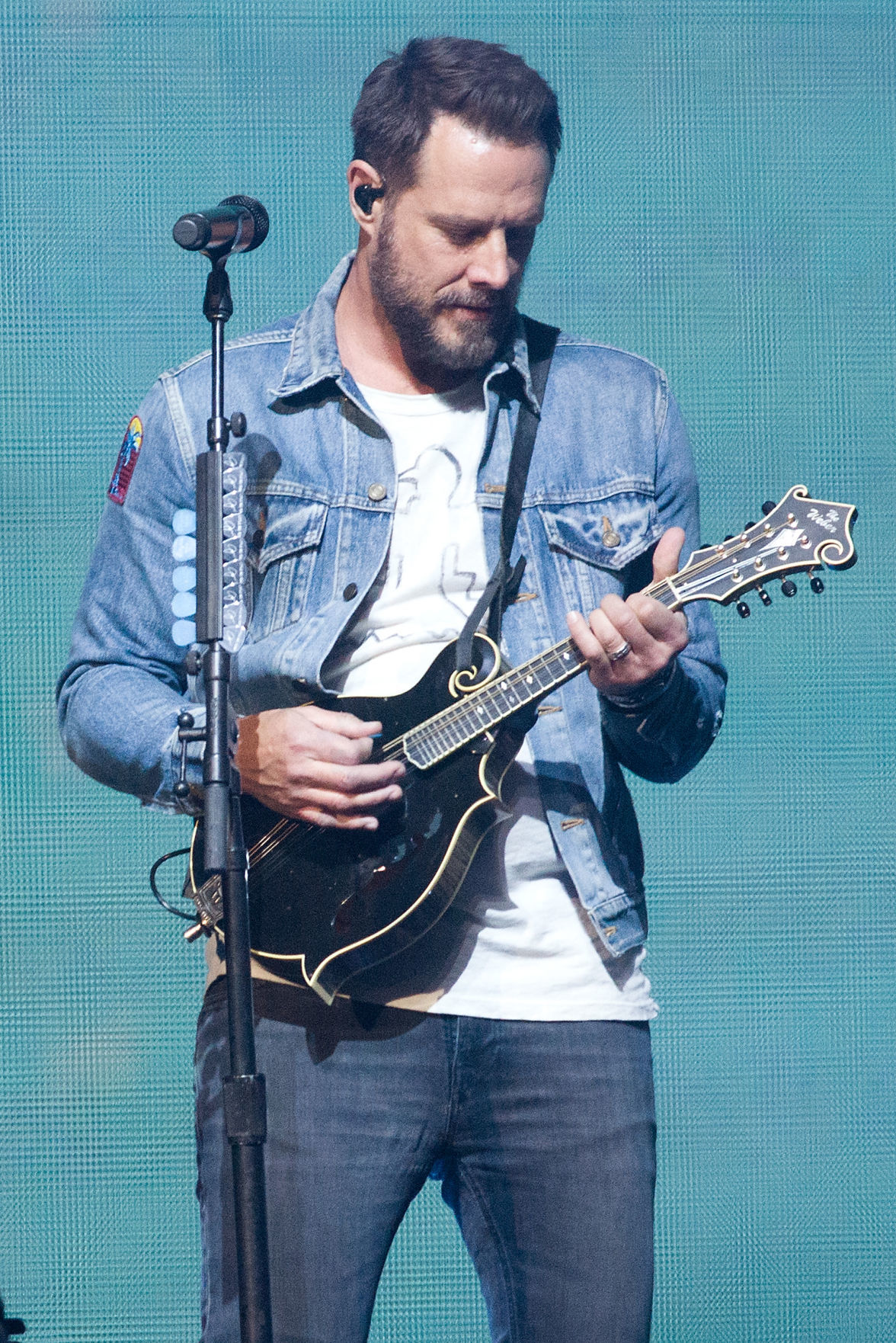 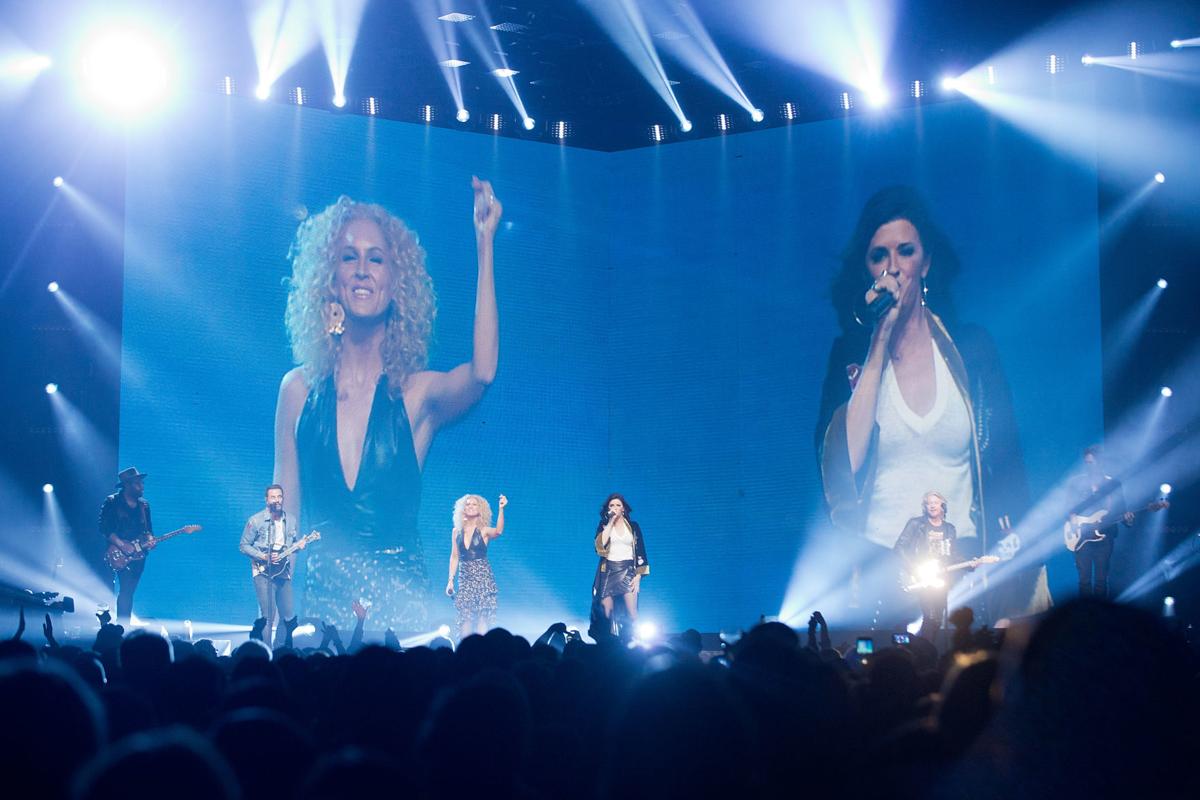 A rotating stage at the back of the Tyson Events Center proved to be a real hit at Little Big Town’s “Breakers” tour stop Saturday night.

Used to spotlight LBT and opener Kacey Musgraves during acoustic sets, it offered a more intimate vibe. It also served as Midland’s welcome wagon, giving the band a chance to catch its own groove without being swallowed by the main stage.

A good idea? It was a great idea – one that might serve others well.

Obviously familiar with opening for others, LBT made the environment inviting for both their openers and reminded the audience there’s something special about every act on a bill.

Paying tribute to Elton John (“Rocket Man,” the odd opener), Don Williams (“I Believe in You”) and Glen Campbell (“Wichita Lineman”), the four weren’t afraid to reveal their roots or inspirations.

Two big screens behind the band showed videos of their early days and some of the locations they called home.

While Karen Fairchild’s soaring vocals dominated most of the hits, Jimi Westbrook got several strong solos (yup, he led “Rocket Man”) and Kimberly Schlapman made “Sober” one of the small stage highlights. Phillip Sweet, you can tell, is the instrumental genius behind their multi-layered arrangements.

LBT didn’t need all the extras this headlining gig had to offer. But it was good to see how comfortable they seemed in the top spot.

“Pontoon” had a sexier vibe than before; “Better Man” has now passed into sing-along status (sadly) and “Little White Church” is the song that will probably remind folks of the harmonies they grew to love.

Definitely working a retro vibe, both Midland and Musgraves recalled an earlier era with their sets. Musgraves, about to release her “Golden Hour” CD, channeled Bobbie Gentry with a series of songs that seemed more ‘70s than ‘50s. Her “High Horse” even came with disco lights and confetti cannons. Wearing rhinestone knee-high boots, an A-line dress and a blue fur coat, Musgraves let the audience know she’s moving out of the trailer and into a different park. (At Saturday in the Park, she was the Opry cowgirl, singing western swing to a crowd expecting the blues.)

On that little stage, she offered up “Same Trailer Different Park” and a cover of Brooks and Dunn’s “Neon Moon.” Both touched the audience the way her more complex stuff didn’t.

Of the new cuts, “Space Cowboy” seems most destined to hit big. She did her version of “Mama’s Broken Heart” (a song she wrote and Miranda Lambert recorded) and got a great reaction.

One of the most intelligent writers in country music today, she deserves her closeups, something camera operators would be wise to note.

Midland, meanwhile, turned the little stage into another Gilley’s.

Rotating throughout the set, lead singer Mark Wystrach and his boys rolled through a handful of songs (“Make A Little” was my favorite) before getting to the biggie, “Drinkin’ Problem.” It brought out the cellphone lights and a slower-than-normal pace that helped get the crowd in the mood for Musgraves and Little Big Town.

Wystrach has great stage presence and a desire to please that should spell longevity. His voice is pretty darn good, too. And if you happened to be near that little stage, you might have seen him do splits almost as good as Prince.

“When Someone Stops Loving You”

“Bring it on Home”

“Your Side of the Bed”

“I Believe in You”

“I’m With the Band”/”Help From Friends”

Live performance is where it's at for Keith Urban

If it’s March, it must be, what? March Madness in the college basketball world. But in Siouxland, it’s time for Little Big Town.

LOS ANGELES -- Note to aspiring artists: Don’t even think of singing a Katy Perry song in front of Katy Perry.

Other replacement singers could learn a thing or two from Foreigner’s Kelly Hansen.

Carrie Underwood should be the ACM highlight Sunday

Reba McEntire returns to host the Academy of Country Music Awards Sunday night, but she won’t attract the most attention. Carrie Underwood is …

SLOAN, Iowa -- As long as the old guard of country singers isn't totally swept away, T.G. Sheppard has no issue with the new generation of cou…

REVIEW: Pitbull brings the sexy (back or not) to Battery Park

Sioux City will never be mistaken for Miami but that didn’t stop Pitbull from bringing a South Beach vibe to Battery Park Friday night.

It's a head-scratching year for Grammy voters

The Grammy folks ripped a page from the Oscar playbook this year and upped the number of album nominees. Instead of five, there are eight in c…

An EP included “Drinkin’ Problem,” a single that attracted considerable attention and helped foreshadow what fans see today – a headlining tour. The song also brought two Grammy nominations and a slot with Tim McGraw and Faith Hill on their tour.

If you weren’t in the first six or seven rows of the Orpheum Theatre Friday night, you probably didn’t see Midland.

Who will win the CMA Awards? Carrie Underwood could cry pretty

Brad Paisley won't be running roughshod over the nominees at this year’s County Music Association Awards. He’s too busy prepping his own TV show.