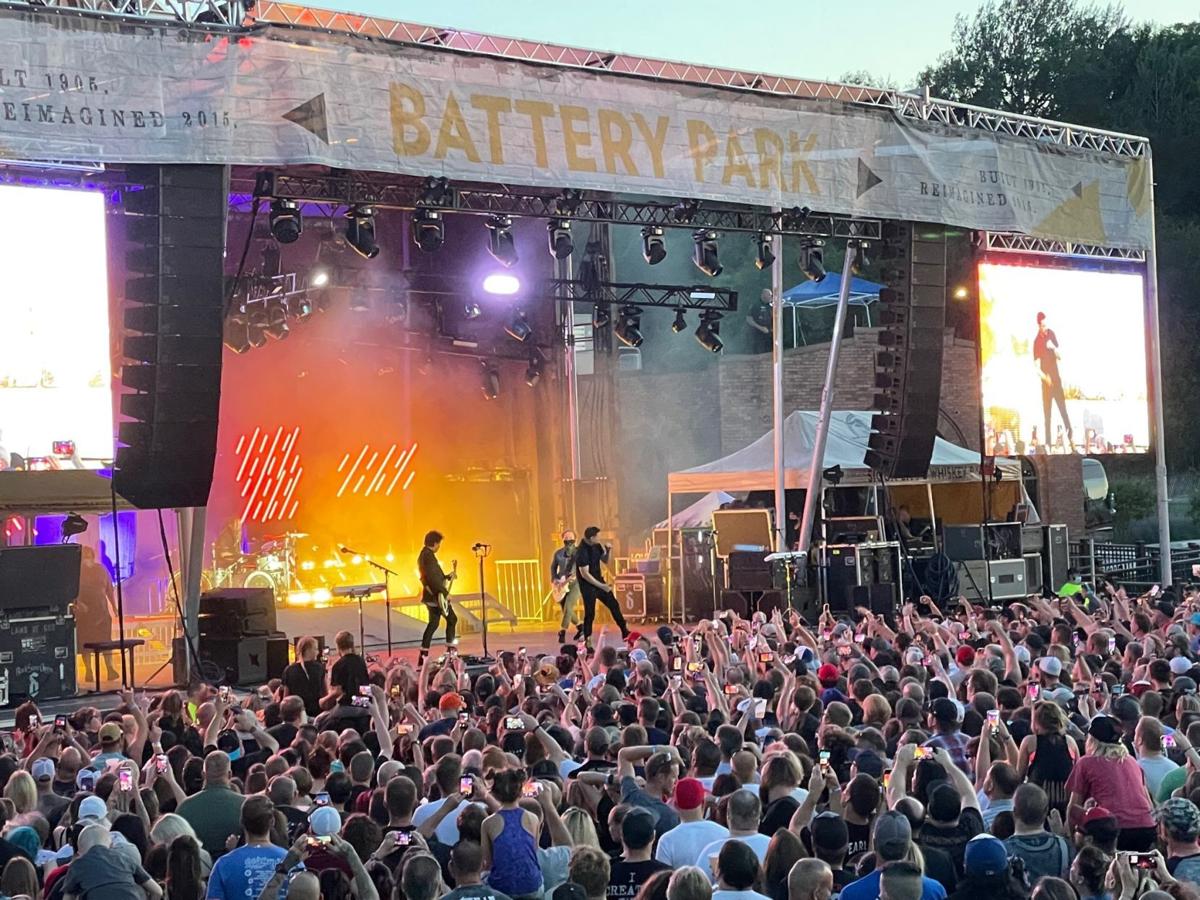 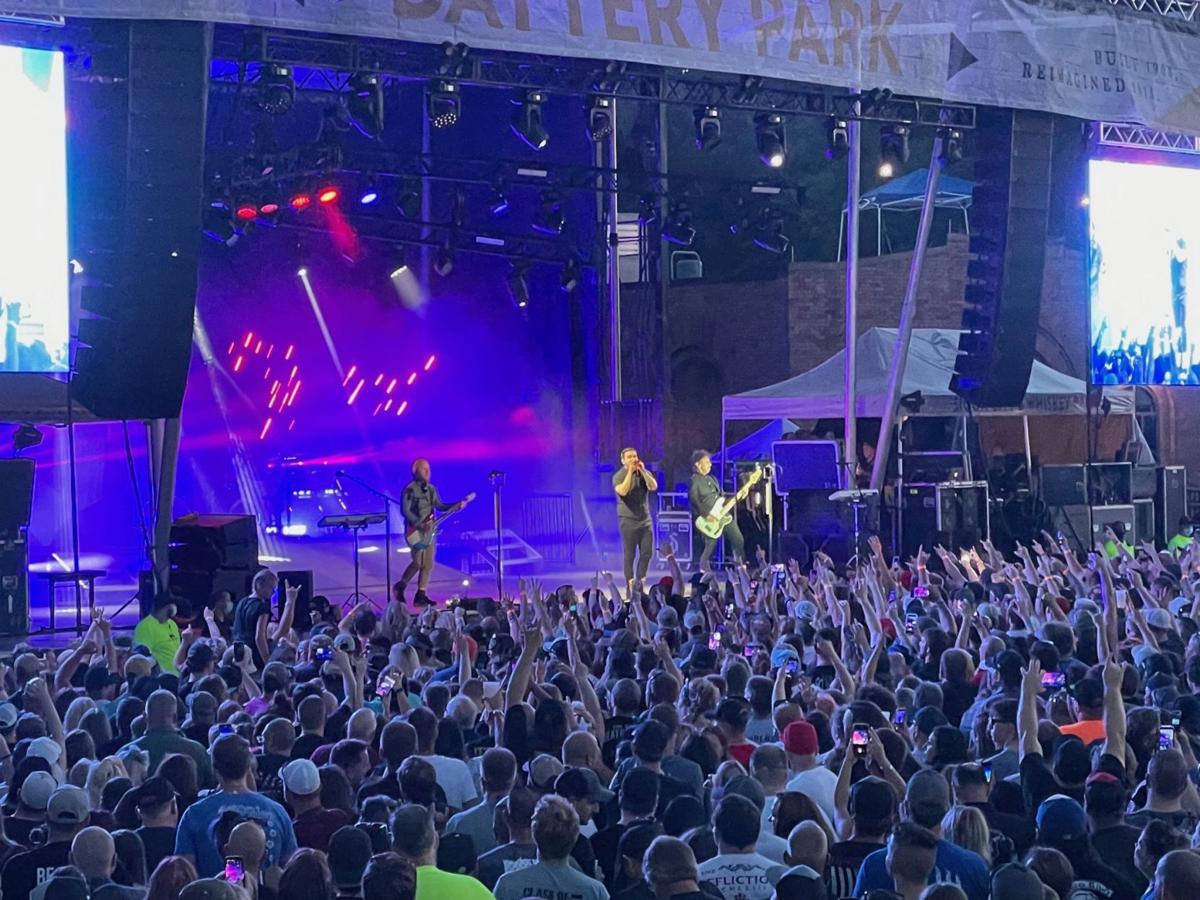 If you haven’t been to a concert in the last 20 months, Saturday’s Shinedown event at Battery Park may have been a real eye-opener.

The crowd was huge, the bands were ecstatic and the night seemed hopeful, pandemic be damned.

When Shinedown’s lead Brent Smith asked the fans if they were wearing their dancing shoes, they roared their approval. When he asked them to raise their phones and light the night, they did. And when he asked them to start jumping, you could almost feel a crack forming in the Hard Rock parking lot.

These days, audiences are so thrilled getting out musicians don’t really have to do much to win applause.

Thankfully, Shinedown did more than show up. Each lyric had new meaning. Each song was accompanied by its own color and an impressive light show.

“Get Up” rolled out in yellow, “Diamond Eyes” was blue, “Enemies,” red.

Smith was good at addressing the positive feeling (“You can’t pry a smile off my face with a crowbar”) and shut down a fight soon after it began. He talked about the band’s start before launching into “45” and got audience members to greet one another. The move was odd for a rock concert, but the folks leaned right in. Again, this is a sign of new times.

To remind us of old ones, “Shinedown” rolled through many of its hits. “Diamond Eyes” got all the production values; “Unity” and “State of My Head” helped set the stage.

Smith’s voice was in great form. Donning a vest and tie (and boots for that big “dancing” moment), he seemed dressed for a very special occasion.

Opener Pop Evil was more than grateful, too. Lead singer Leigh Kakaty expressed his appreciation repeatedly and introduced a new song, “Survivor,” that addressed the pandemic. Also performing with more vigor than you’d expect, the band got the more than 3,000 people to sing along on countless songs and wave their arms repeatedly.

Again, there was a lot of desire on everyone’s part to make the concert work.

Pop Evil scored with “Footsteps” and, as a surprise, brought out Devour the Day’s Blake Allison to join the band on a song.

There was plenty that was special about Saturday’s concert. But, most of all, there was a feeling that maybe, just maybe, live entertainment is back and, hopefully, here to stay.

REVIEW: AJR brings back Saturday in the Park with a bang

If it felt like Saturday in the Park was back, well, it was.

SIOUX CITY -- Four years ago, when social distancing wasn’t in our vocabulary and outdoor concerts filled summer calendars, a newly blonde Ala…

The Spazmatics to perform in Anthem for New Year's Eve bash