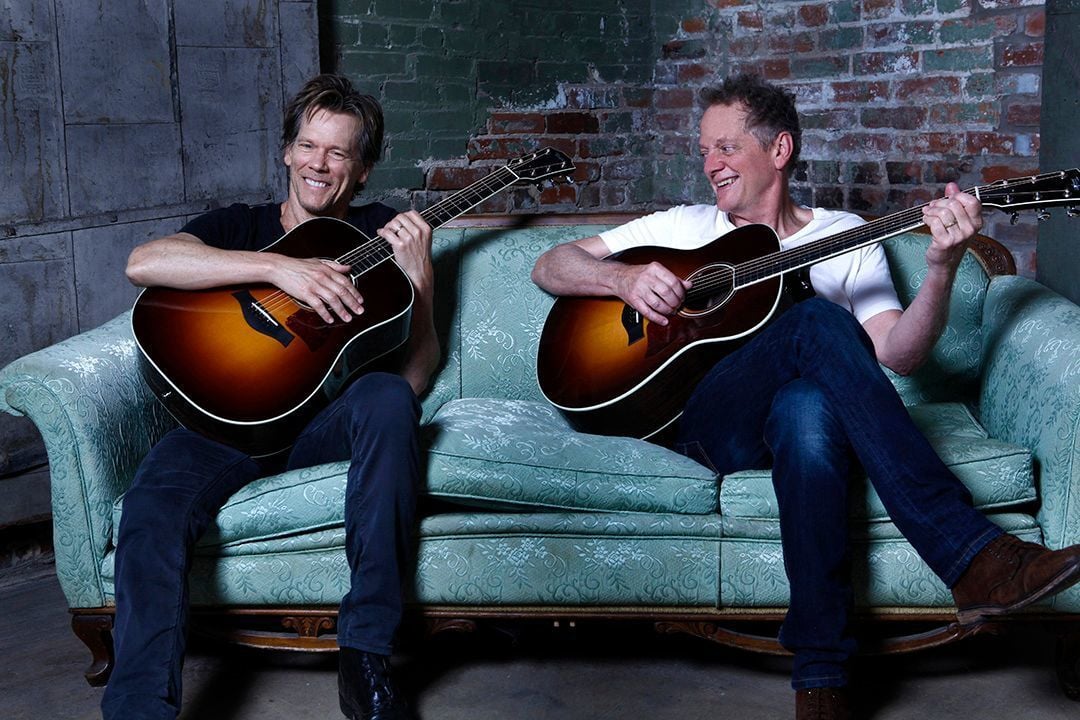 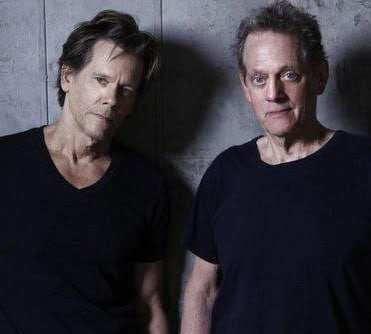 SIOUX CITY -- With nearly 100 movie or TV acting credits to his name, Kevin Bacon doesn't mind if you know nothing about his music.

"The public knows me only as an actor," the star of such films as "Footloose," "Apollo 13" and "X-Men: First Class," said. "They have no expectations of my music."

Having said that, people may be surprised when Bacon and his brother Michael performed an 8 p.m. Saturday show at Hard Rock Hotel & Casino's Anthem, 111 Third St.

With 10 albums to their credit, the Bacon Brothers have been performing professionally for more than 25 years.

But don't ask Bacon to define the genre he and Michael Bacon, a music professor at New York's Lehman College, prefer.

"When we released our first album (in 1997), we called it 'Forosco' because our music was a mix of folk, rock, soul and country," Bacon said.

"Even though I was too young when the British Invasion occurred, my five older siblings made sure I had an appreciation for The Beatles and The Rolling Stones," he said.

Growing up in Philadelphia, Bacon also became a fan of rock and soul music, which were both prominent in the City of Brotherly Love.

However, he knew acting would become his passion.

"As soon as I left home, I wanted to pursue a career on the New York stage," Bacon said.

Indeed, he appeared in several theatrical productions before early movie roles in "Friday the 13th" and "Diner" brought him attention in Hollywood.

Bacon does harken back to his theater days when he's with his brother.

"My stage work has really helped me to feel comfortable on a concert stage," he said. "You're sharing a lot (with an audience) when performing your own music."

If there are similarities between performing music in concert to playing a scene in a play, Bacon said recording an album is much more like making a movie.

"When you're recording a song, you can always do a take two," he said. "You can really perfect a performance because you can do it over again."

Still, it can't take the place of a live performance.

"There is nothing better than connecting with a live audience," Bacon said. "You're sharing a moment with complete strangers whether it is in a stadium or a more intimate setting."

Second generation rockers creating a musical legacy of their own

After all these years, the Goo Goo Dolls come to Sioux City still 'dizzy'

Best known for such seminal hits as "Iris," "Dizzy" and "Name," the group hits the Orpheum this weekend for a show that coincides with the recent release of "Miracle Pill," the band's 12th studio album.