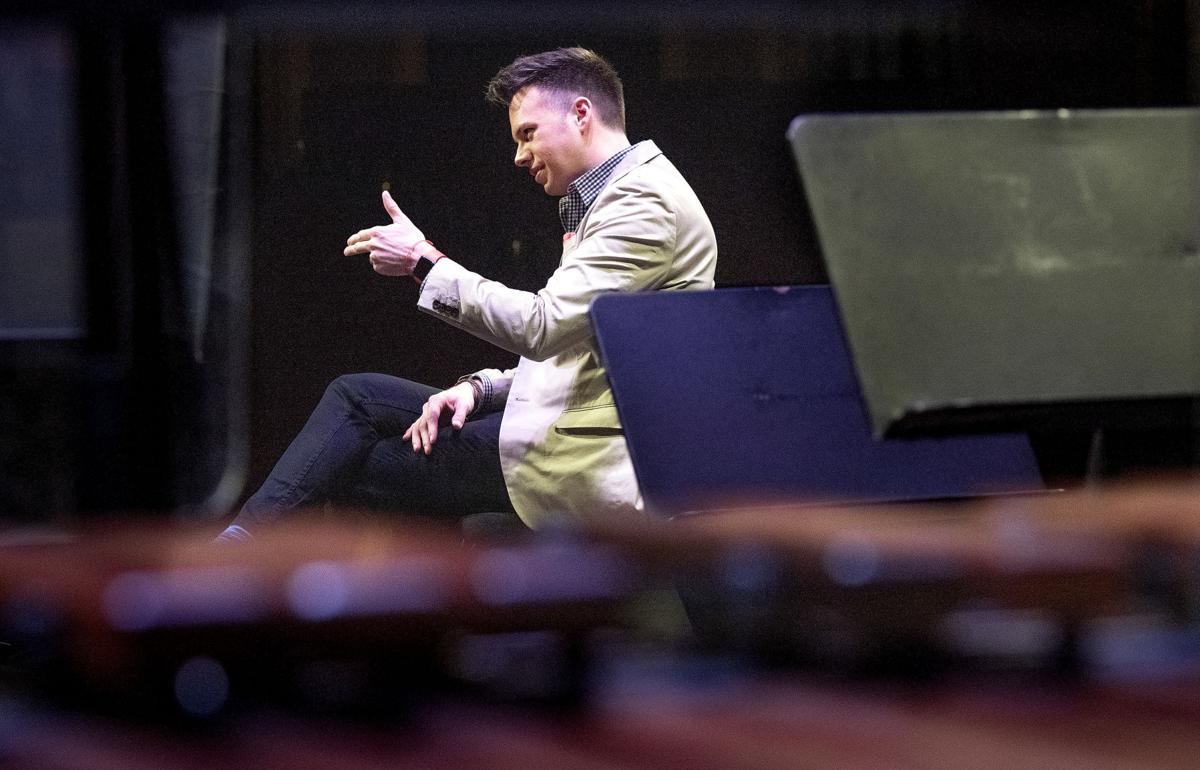 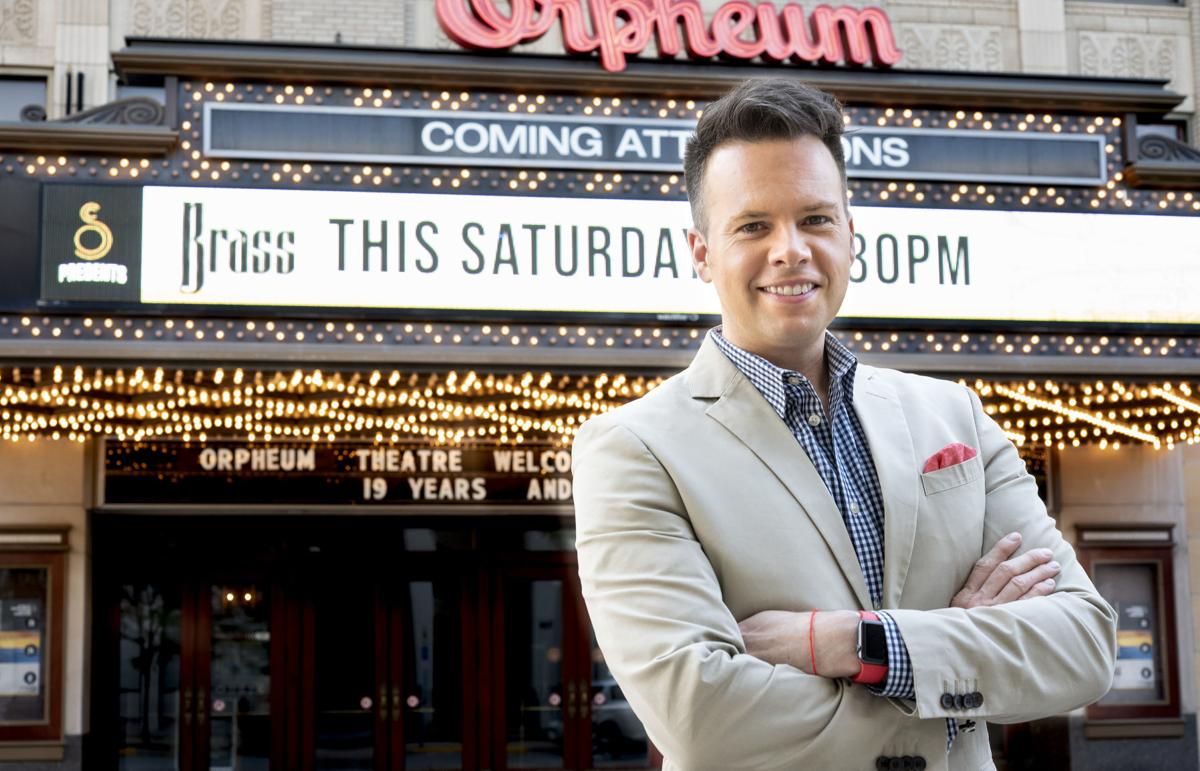 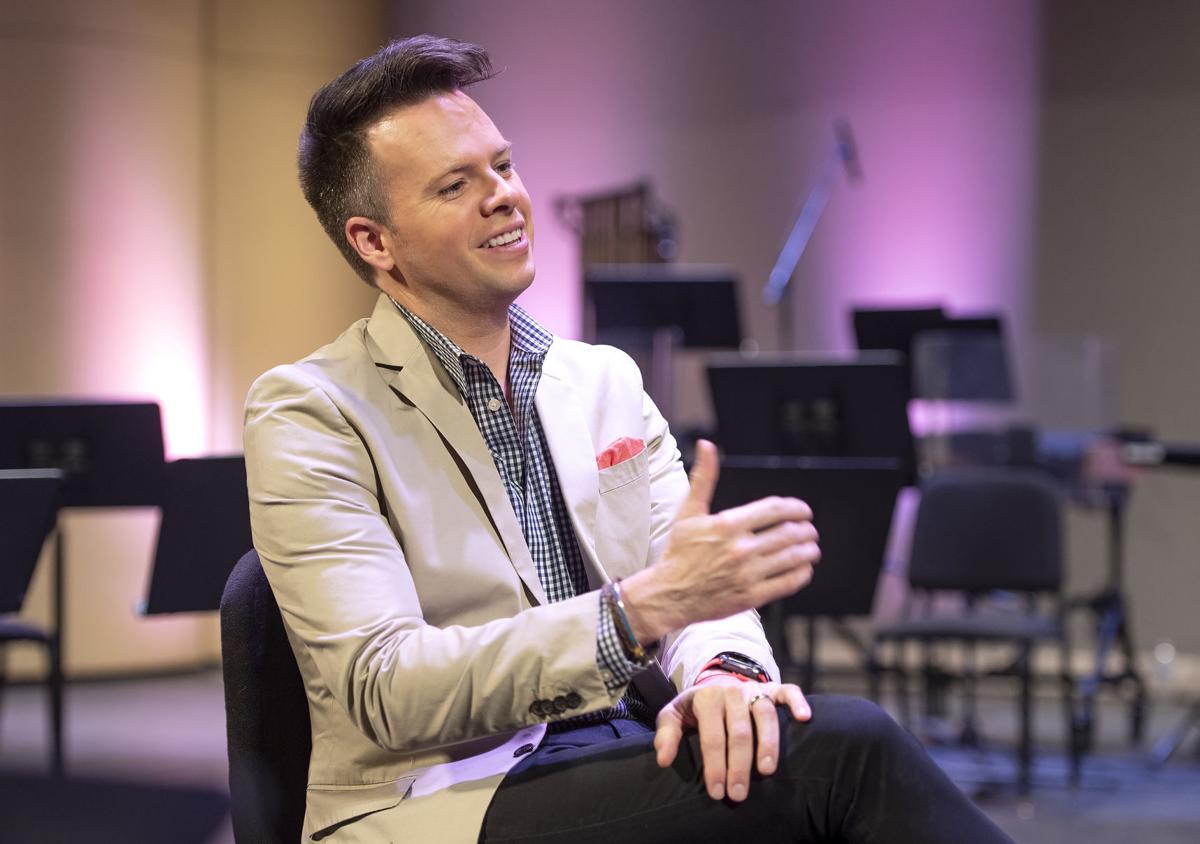 Ryan Haskins announced the 2021-22 season of the Sioux City Symphony Orchestra prior to Saturday's concert.

SIOUX CITY -- The Sioux City Symphony Orchestra will finish its truncated season with "Glorious Brass" at 7:30 p.m. Saturday at the Orpheum Theatre.

The concert will feature 20 members of the Symphony Orchestra's brass and percussion sections. The evening will have everything from fanfares to  brass choir symphonies and will feature a variety of styles from Baroque to contemporary.

Music Director Ryan Haskins says it is one of the most anticipated nights of the season as it is a return to performing in front of a live audience.

"It's the first time that I've been able to stand on the podium without a mask since March of 2020," Haskins said.

"It's just sort of a feeling of freedom and excitement," he added about Saturday's concert.

To celebrate the orchestra's 105th season and the launch of the new Youth Orchestra, supporters are offering complimentary tickets to attendees. Haskins said the community's response has been incredible.

"This concert at the end has given us the liberty to bring the audience back and to have a really incredible moment," Haskins said. "So why not have the entire community there?"

Performing during the pandemic has been difficult for the musicians, who have not had large-scale audiences and have had to follow COVID-19 protocols.

"It's been challenging as artists," Haskins said. "We rely on the communicative environment that an audience brings."

The pandemic has also forced Haskins to make program changes.

"There were musicians who played only one concert all year," he said.

Also on Saturday night, the orchestra will release its new season at a 5 p.m. pre-concert party at the Warrior Hotel.

Haskins said that the symphony is going all in lining up an "amazing" blockbuster season next year. Major pop artists and a big film feature are among the offerings.

Overall, the event is a celebration of the orchestra being able to keep music going throughout the pandemic.

"We just want to encourage as many people to come to this last program of the year," Haskins said. "It's going to be really exciting."

Ryan Haskins announced the 2021-22 season of the Sioux City Symphony Orchestra prior to Saturday's concert.