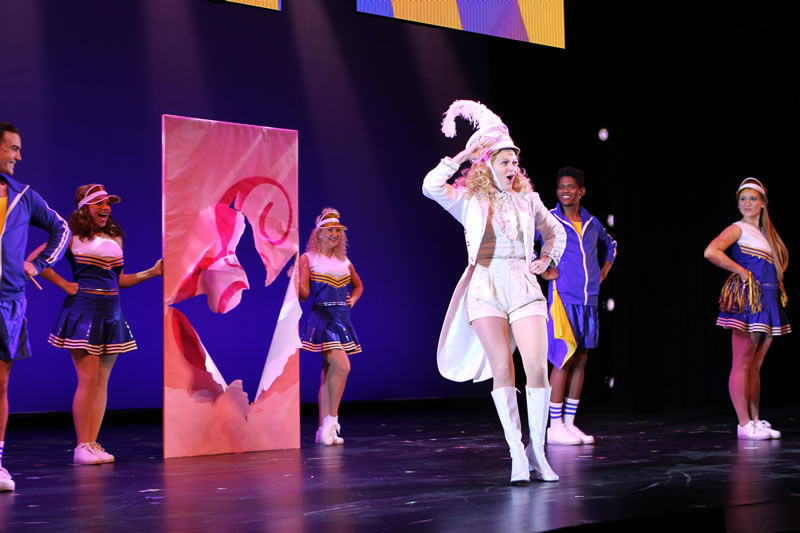 The musical version of "Legally Blonde" features plenty of choreography and costume changes. 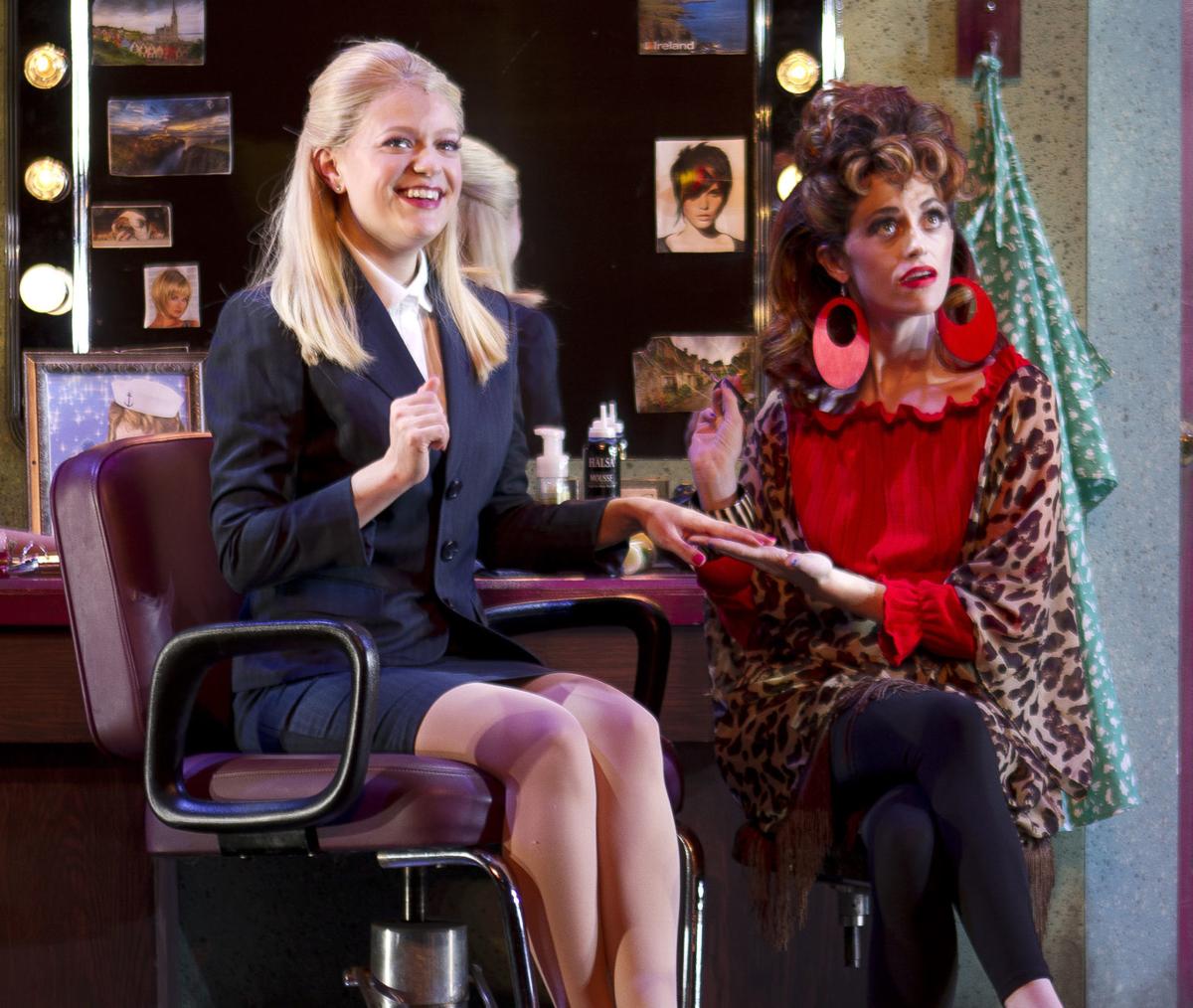 Maris McCulley, left, confides in a hairdresser who helps give her the courage to press on, in "Legally Blonde," the musical.

Maris McCulley works harder than any one person should have to in a Broadway musical.

As Elle Woods, the pink-loving sorority girl who applies to Harvard just to follow a boyfriend, she’s one of the biggest reasons to see the national touring company of “Legally Blonde,” which stopped at the Orpheum Theatre Tuesday night.

Marching through song after song after song, McCulley makes the audience root for a girl who, face it, probably doesn’t have blonde roots but embraces them anyway.

Elle is an unlikely underdog – a moneyed UCLA grad who appears to have more than enough. But she wants the guy – the caddish Warner (James Oblak) who believes she isn’t marriage material. More Marilyn than Jackie, she’s hardly the kind of woman who could be first lady – or so he thinks. He goes off to Harvard and after some serious study she gets in.

The two wind up in the same law classes, get prized internships and see just how right – or wrong – they are for each other.

Directed by Jeffrey B. Moss, the new production plays out almost entirely in front of huge video screens. That’s a great cost-saver for a touring production but, at times, those projections get things wrong. The lyrics talk about a 2015 graduation date; the screens show a 2017 calendar. The concept is efficient. It just needs to be fixed.

Thankfully, the actors whirling and spinning in front of those screens are more than diverting.

Elle has a Greek chorus that follows her just about everywhere. And when she gets depressed, she heads to a salon where a sassy stylist named Paulette (Jill Taylor Anthony) offers sage advice. Lessons learned at the hairdresser’s pay dividends when Elle enters the courtroom.

She’s part of a team hired to defend an exercise guru (the superb Megan Hoxie) accused of killing her husband. Choreographer Bob Richard stages a super prison yard aerobics session that brings out the best in all the dancers.

Then, it’s just a matter of time before Elle figures out how to clear the defendant, shoot to the top of the class and win the guy. The guy, however, isn’t Warner. The law professor’s assistant Emmett (Woody Minshew) has become a trusted friend and, yes, sparks fly.

While parts of the musical seem dated (and derogatory), a #metoo theme emerges in the final minutes. It redeems a lot and gives Elle even more courage to press on.

Surrounded by a workmanlike supporting cast, McCulley towers – until Dorian Quinn shows up as a UPS man who captures Paulette’s attention. With a handful of scenes and some great physical shtick, he manages to steal his part of the show, solidify his character and get big, big laughs.

He’s the last-minute surprise who works almost as well as the bend-and-snap defense.

Even though this “Legally Blonde” thrives on stereotypes (particularly in those courtroom scenes), it doesn’t cellphone it in where it really counts. The show has a lot of energy and a pair of performances that, omigod, make you glad you saw what some touring actors can do.

'Come From Away' demonstrates how strangers can come together

A musical about 9/11? Several writing teams thought it was a terrible idea. But Irene Sankoff and David Hein preferred to look at what it coul…

REVIEW: Goofy plot gets in the way of Queen songs in ‘We Will Rock You’

The show – which stopped at the Orpheum Theatre on Sunday night -- throws a lot at the wall and little of it sticks. Spread out, the show might seem more interactive. On stage, it looks cramped.

The musical version of "Legally Blonde" features plenty of choreography and costume changes.

Maris McCulley, left, confides in a hairdresser who helps give her the courage to press on, in "Legally Blonde," the musical.