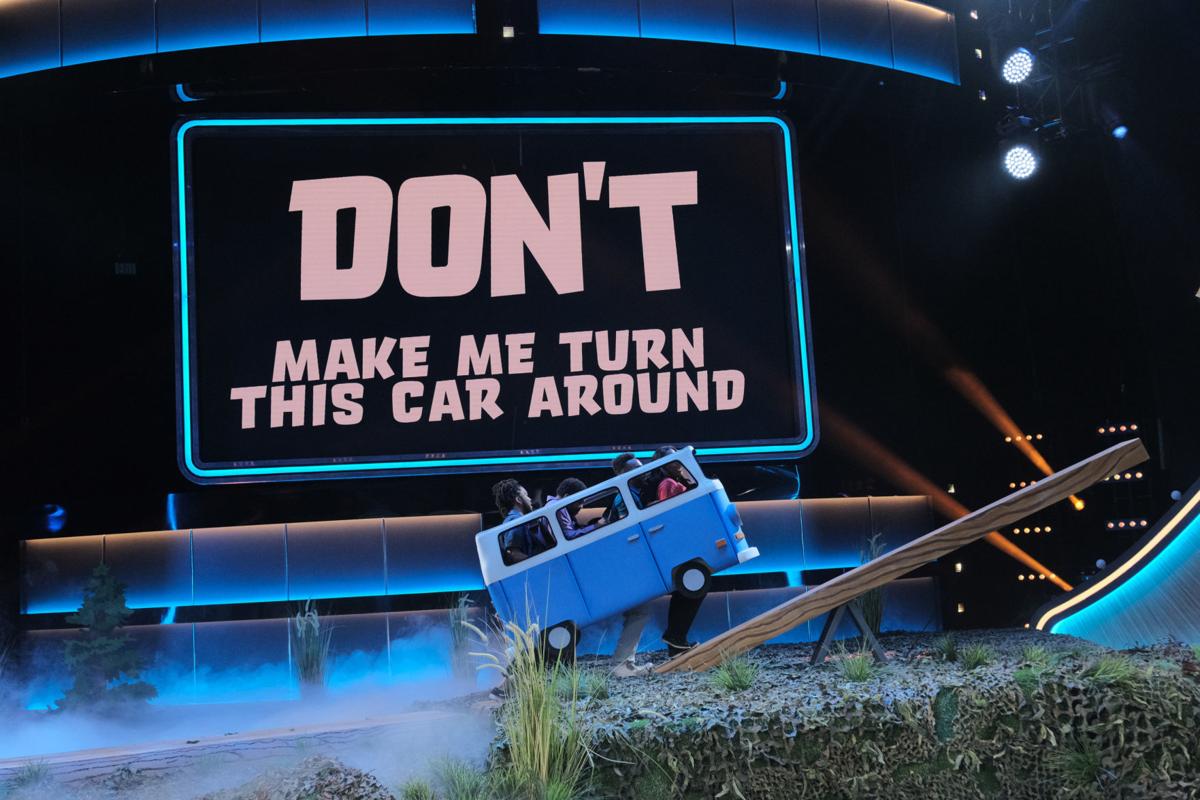 Brothers Javier and Jabriel McIntosh from Atlanta, Ga., bring their divorced parents, Angela and Eric, together again and attempt to win $100,000 by competing on "Don't." 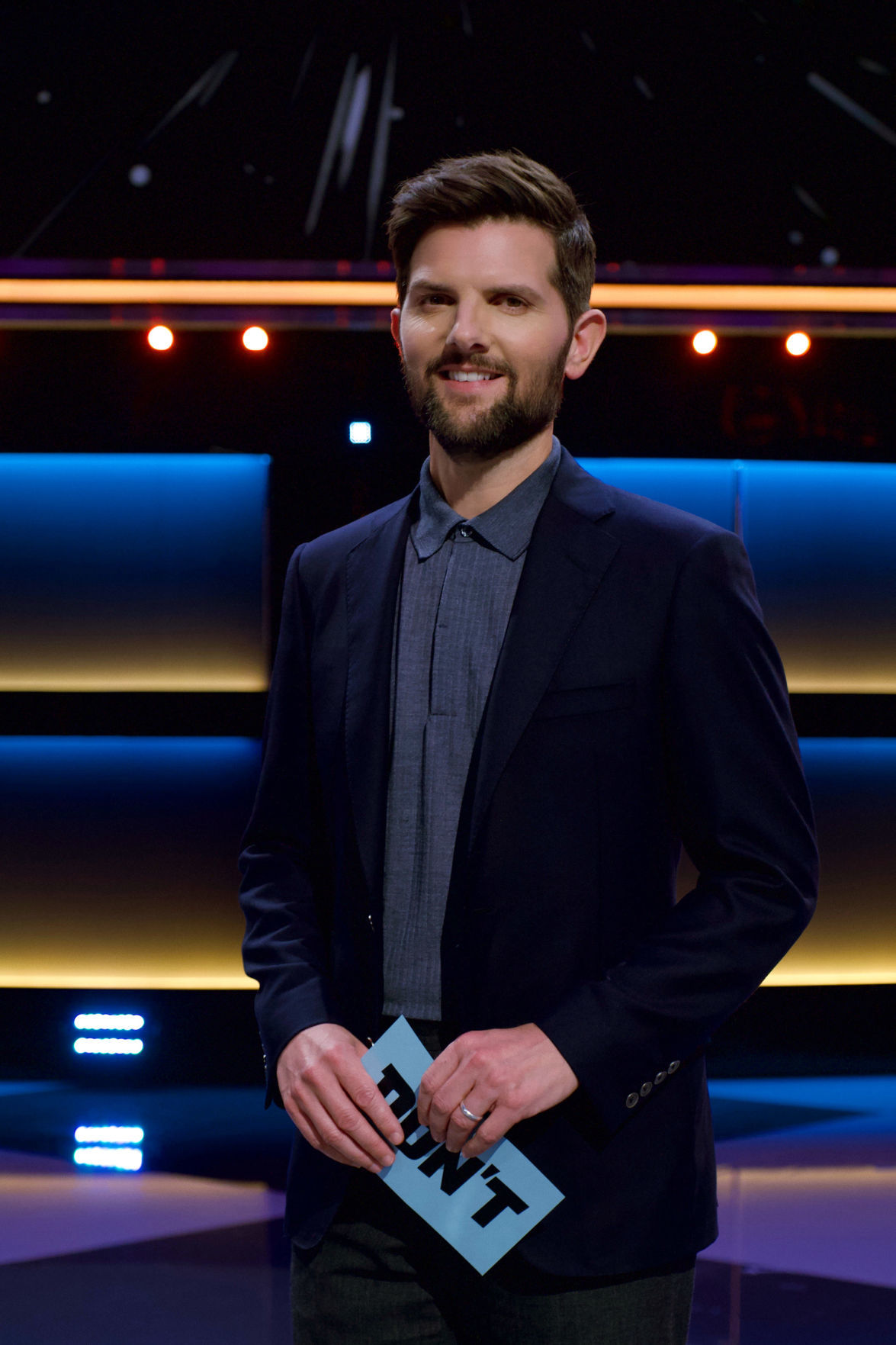 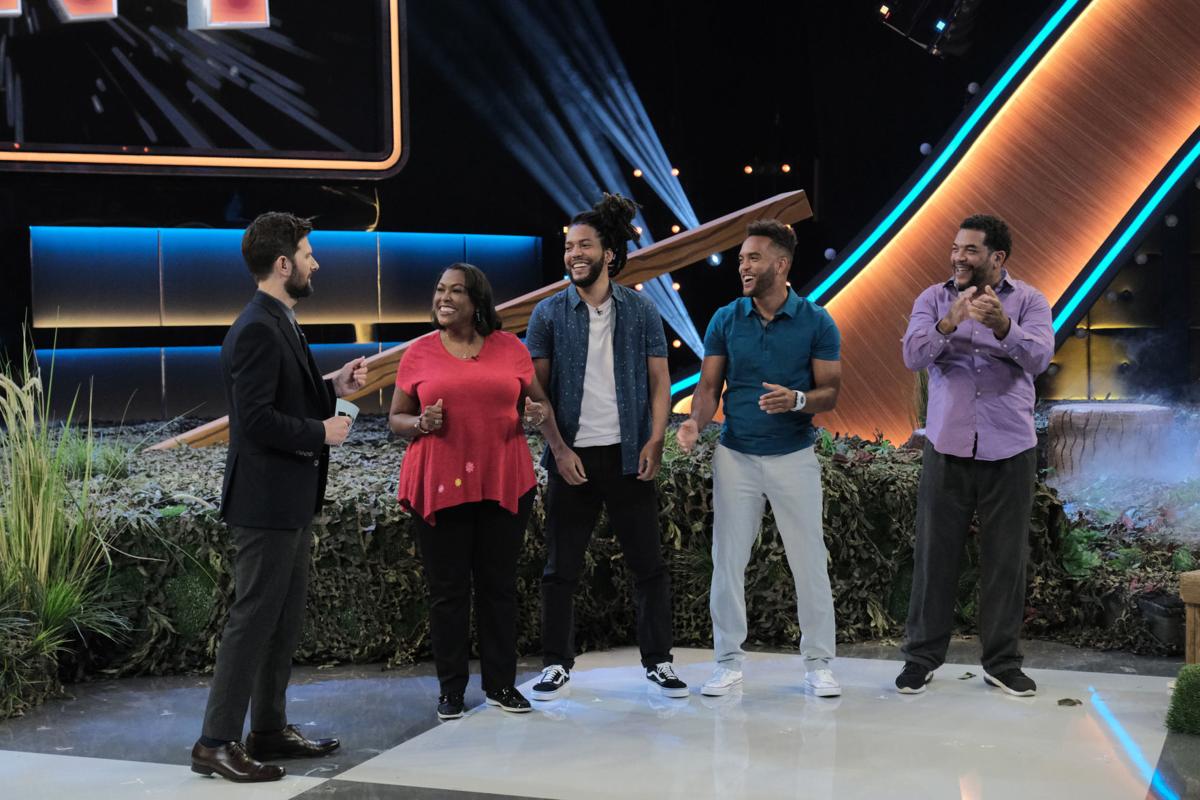 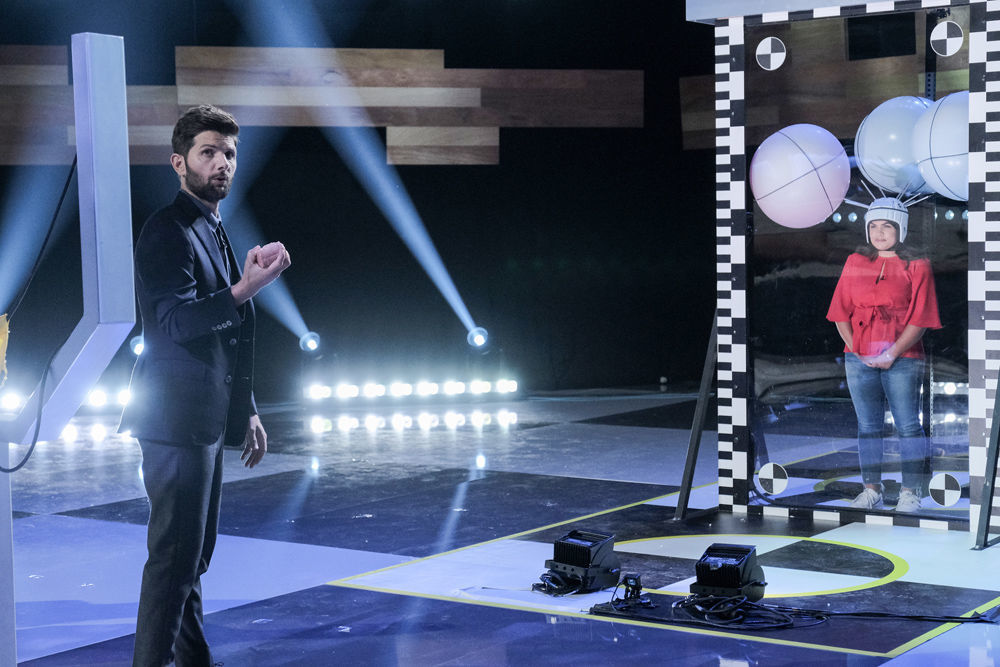 Adam Scott cautions Cody Kaufman, a contestant, about the stunt she's about to perform on "Don't." 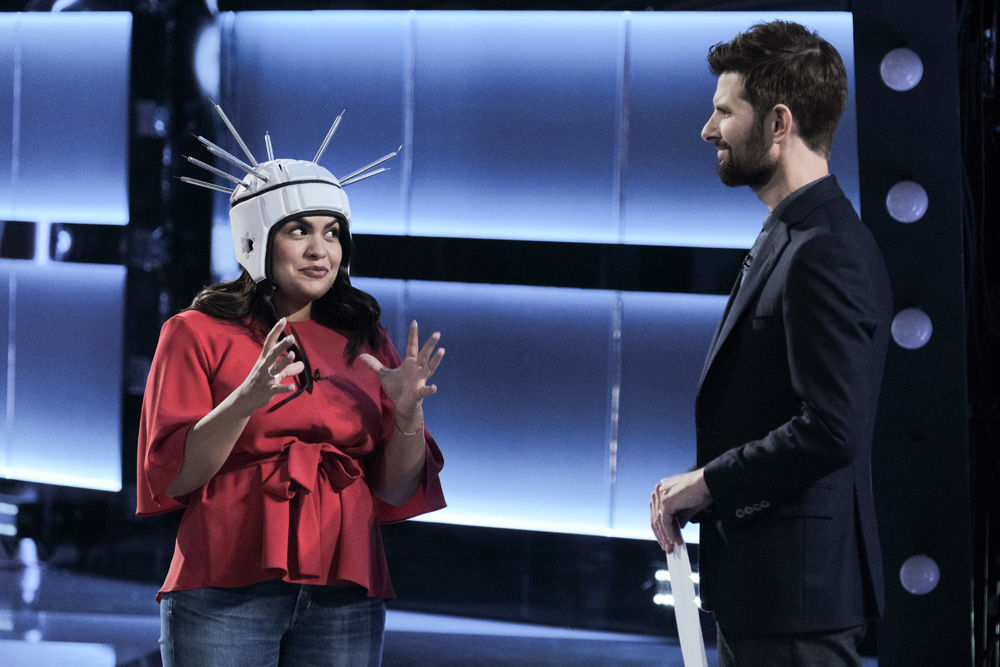 Cody Kaufman tells Adam Scott about her family on "Don't."

Hosting a game show was never on Adam Scott’s bucket list. It wasn’t even on his radar until the folks behind “Don’t” called and explained how the new ABC series was going to be different.

“It’s a game show that’s sort of making fun of game shows,” he says from his home during a Zoom interview. When producers said actor Ryan Reynolds was involved and he was going to serve as “this sort of overlord voice,” “it sounded really fun.”

Once on board, Scott realized the job was much more work than he thought. “It’s like you’re the cruise director and you have to keep all the balls up in the air.”

Early into production (“Don’t” was taped before the coronavirus pandemic), the “Parks and Recreation” star found himself pulling for the contestants. “You’re watching these families win significant amounts of money and you can tell it’s going to make a huge difference in their lives,” he says. “I was so rooting for them and it was something I was not expecting ... that I would get emotional about it.”

Because “Don’t” involves elaborate stunts, there’s often a lot of set-up time, which means Scott is responsible for keeping the contestants loose. “You have to remind them to talk through everything they’re feeling and thinking. Off camera, I’d try to make them feel as comfortable as possible. The job is deceptively simple.”

Whenever he sensed he wasn’t juggling all of the balls, Scott recalled those hosts he loved as a teenager.

“I grew up idolizing David Letterman ... and still do. When this came around, that’s who I immediately thought of. If I were to reach for something, if I were to steal from anyone, that’s where I would go.”

Ken Ober, from MTV’s “Remote Control,” was another influence. “So, in between fits of panic, if you see any influence from those two, I wouldn’t be surprised.”

Just after “Don’t” wrapped and before COVID-19 shut down businesses, Scott was prepping for a new series that was going to shoot in New York for six months. Since then, he says, “I’ve been waiting until we get back to that. We made a ‘Parks and Rec’ reunion special, so I got to act a little bit there. Luckily, the quarantine has given the writers time to map the entire season out. I’ve been reading and watching a lot of movies, which has always been a great way for me to learn.”

Doing the interview in a closet he shares with his wife (“it’s the only place in the house where there wouldn’t be dogs and children running back and forth”), he says time away from performing has given him reason to revisit all aspects of life.

Growing up in California, the 47-year-old remembers obsessing over television when he was a child. “We didn’t have a television, so when we finally got it, I’d turn it on at 7 p.m. and watch it straight through to signoff. I was a pretty patient kid – just as long as I got my TV fix.”

Roles started coming when he was 21 – parts on “Boy Meets World” and “ER” – before he landed in several series and films and then “Party Down” and “Parks and Rec.”

While game shows were never in the mix, Scott says he wouldn’t mind being on “Jeopardy!” or “Survivor.”

The latter, he says, is one of his favorite shows. “I’ve fantasized my strategy over and over again over the years. One thing the show has proved is anyone can handle it if they focus in.”

And “Don’t”? Scott realizes he isn’t up to some of its demands. “Where there’s something spinning around and making them dizzy and they have to shoot baskets or dance or stuff like that, I would just vomit,” he says. “I had to look away when they were going around and around.”

Brothers Javier and Jabriel McIntosh from Atlanta, Ga., bring their divorced parents, Angela and Eric, together again and attempt to win $100,000 by competing on "Don't."

Adam Scott cautions Cody Kaufman, a contestant, about the stunt she's about to perform on "Don't."

Cody Kaufman tells Adam Scott about her family on "Don't."