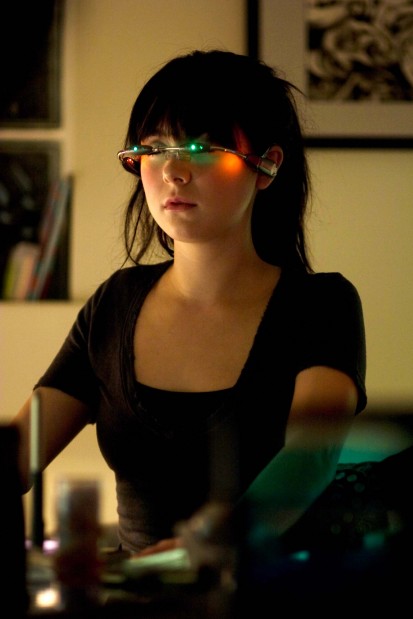 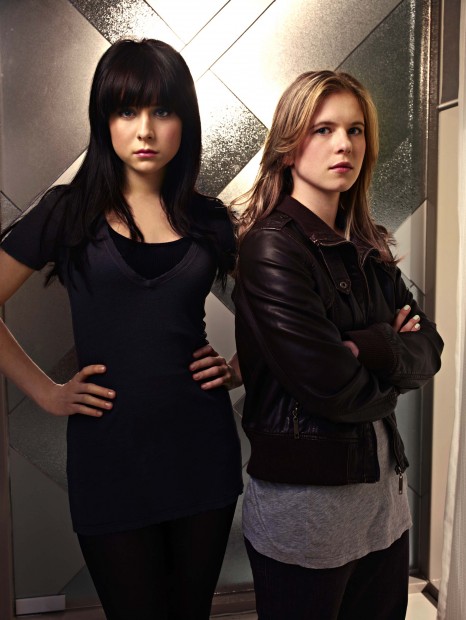 LOS ANGELES -- There's a nude photograph of Alessandra Torresani that fills the length of a 10-story building in Hollywood.

"It's really amazing," the 21-year-old actress says. "But I was embarrassed when my mom told the people on a Star Tours bus, 'That's my daughter.' It was so uncomfortable...but it wasn't like Miley Cyrus or anything. It told a story."

That story? That her new Syfy series "Caprica" is about the rebirth of her character, the daughter of the richest man in a futuristic world.

Torresani's 16-year-old Zoe Graystone is a robot, an avatar and "a whole bunch of other people" in the drama about two titans battling for power 58 years before the start of "Battlestar Galactica," its sister series. She's brought back to life after her father (Eric Stoltz) puts his wealth and power into creating the technology. Cylons -- or "cybernetic life forms -- become part of the landscape.

As the face of "Caprica," Torresani knows she's going to get more attention than she'd like. But that's OK. "I like to talk to people," she says, a deep, throaty voice belying her age. "I don't understand people who hate paparazzi. They're giving you press. They're your fans."

The posture fits nicely with Zoe's position in the futuristic world. As the richest girl in the world, she has access to the hottest designers, the biggest names, the trendiest clubs. "If Bill Gates had a daughter this age, this is who she'd be. She'd be in the press all the time."

That world, Torresani admits, isn't all that foreign. Both her parents are involved in the computer business. Dad, she says, "invented one of the chips for IBM and has like 20 technology companies." Mom is CEO of another. Both don't know where their only daughter got her interest in acting.

As a child, Torresani says, she was "totally a math and science geek." She often excelled in both but also liked dance classes. At 9, she hosted the "Kids WB Club" in San Francisco, then segued into TV movies and series.

"I really wanted to do this," she admits. "I love being on stage. You might say I rebelled in a sense, but not really. I was supposed to go to M.I.T. Instead, I became an actress."

"Caprica," though, enables her to taste a bit of both worlds. She and Stoltz laugh about the parallels and wonder if the future will mirror the series.

In the drama (which begins today), society is mesmerized by the prospects of new technology. Residents think anything is possible, but they don't weigh the consequences.

Playing several characters at once, Torresani says, can be dizzying. "I just zen out and concentrate on one at time. I think in Episode 15 there are three of me in one room. I had a stand-in who was fabulous. She learned all my lines and helped me go back and forth. It's difficult, but fun."

While Torresani was born a blonde, she's brunette in the new series. That's a holdover from "90210," a series she didn't get. She was up for the role of Silver, "but I wasn't Jewish enough, even though I'm half-Jewish. What? They've never heard of nose jobs and hair dye in Beverly Hills? But a week later, I got 'Caprica.' So it was a blessing in disguise."

Now, the bubbly actress says, she's often mistaken for Zooey Deschanel. "As a blonde, I don't look like her. But with dark hair and bangs? What are you going to do about it?"

Are there more hours left in Kiefer Sutherland's "24" days? Yes, the Emmy winner says. "This has been one of the greatest gifts of my life. I've always said that as long as people wanted us to make it, I would be interested."