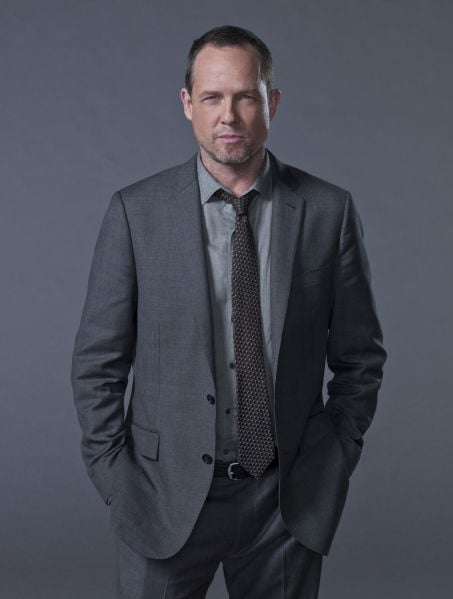 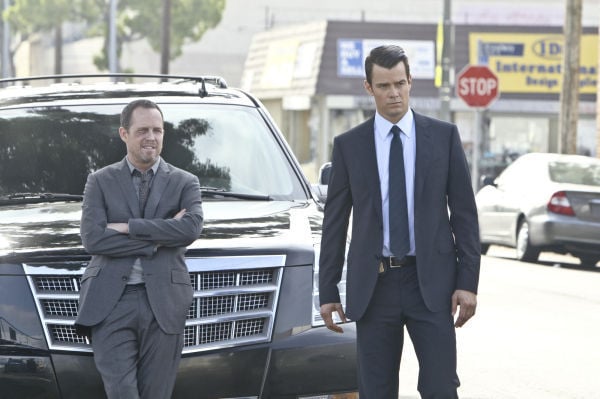 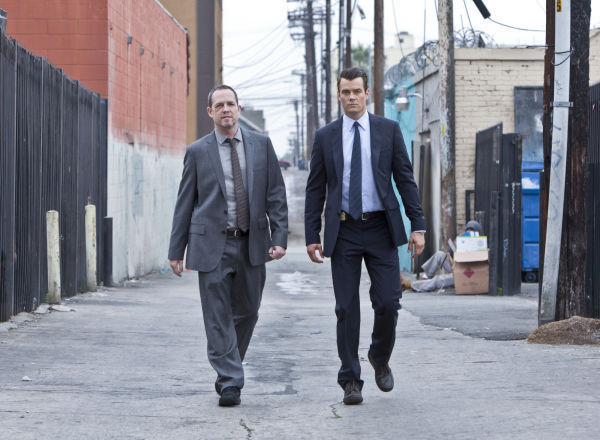 Diagnosed with a bacterial infection in 2009 after working on the pilot for “Happy Town,” the former “Oz” star says he was pronounced dead in an ambulance before spending three weeks in intensive care. “I got really sick and was told I was never going to walk again,” he says. “I was out of the game for three years. I had 17 surgeries and nine amputations. It was the darkest period of my life.”

Winters was convinced his acting days were over. “I was feeling sorry for myself – I had lost toes and half a thumb and the tip of my nose fell off -- and this nurse took me to the children’s burn unit. I saw these eight kids with prosthetic legs playing soccer and I thought, ‘That’s it.’ That’s the moment when I turned everything around and decided to learn how to walk again.”

Even though Winters wasn’t through with amputations, he was determined to fight back.

Former “Oz” producer Tom Fontana gave him a pep talk. Tina Fey called and said, “Whenever you’re ready, come back and we’ll put you on ’30 Rock.’”

After his 10th surgery, “I was on the set. They put work gloves on my hands because both of them had been cut open. They put me in a cast because they had cut off my baby toe and she leaned me up against a wall and I did a scene like that. That was my first day back.”

Denis Leary put him in an episode of “Rescue Me.” Then, the folks from Allstate Insurance called and asked him to play “Mayhem” in their commercials. “I’m indebted to them for life,” Winters says with a slight smile.

Even though he said no to the commercial before his hospitalization, the 50-year-old New York native realizes now “it’s the best job I’ve ever had.” The series of commercials gave him an on-screen identity, made him a household face and jumpstarted his career when he needed it the most.

“I will do anything for those people,” he says. “They came to me knowing I was in the gutter and they breathed new life in me and helped restore confidence in myself.”

Gradually, the work started to come. Winters had a featured role in “John Wick,” the recent Keanu Reeves film, then landed a starring role in “Battle Creek,” an upcoming CBS drama from “Breaking Bad’s” Vince Gilligan.

In it, he plays a Michigan detective who has to put up with the seemingly perfect ways of an FBI agent who has set up office in Battle Creek. Josh Duhamel plays Winters’ unlikely work partner.

The series – which got a great response when it was previewed for critics – could give Winters an even bigger career bump. He says he still tries to do stunts but realizes he has physical limitations.

“I used to be a great fighter but I can’t do that now. I used to box….” His voice trails off. If there’s a stunt he doesn’t think he can pull off, Winters goes to the writers and explains what he can and can’t do. “It’s embarrassing,” he says, “but everyone has been beautiful to me.

“Right before I got hurt, I was in a negative place about the business. I wasn’t appreciating it for what it is. And now, I really appreciate the community, the actors, the writers and producers.

“I think it’s going to show in this series. It’s the first commitment I’ve made since I got ill and I couldn’t be happier.”

And playing someone like Mayhem – who causes trouble wherever he goes? Delightful.

“I don’t ever want to be the perfect guy,” he says with a smile. “I like playing the underdog. It has always been appealing to me. If you start from a negative place, it gives you something more to work with.”

“Battle Creek” is slated to air in March.

See which stories were viewed by the most online readers in 2015.

Working with a celebrity on “Dancing with the Stars” is like being part of a “mini-marriage,” says professional Chelsie Hightower.

LOS ANGELES | Tricia Helfer wasn’t looking to do another sci-fi project after “Battlestar Galactica” but “Ascension," an “event” series on Syf…

Growing up in an abandoned diner, Cristela Alonzo used to watch TV to escape from a life of poverty.