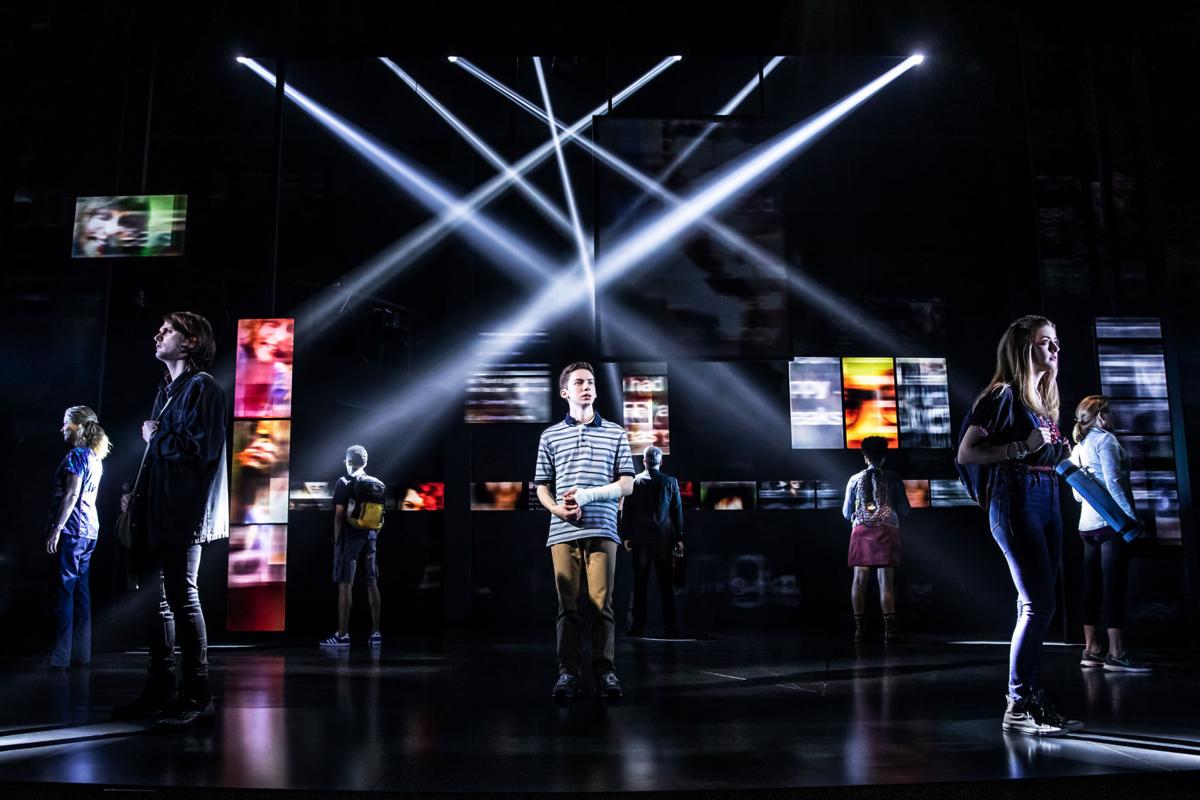 Andrew Barth Feldman realized the dream of thousands of high school students when he made his Broadway debut at 16 in "Dear Evan Hansen." 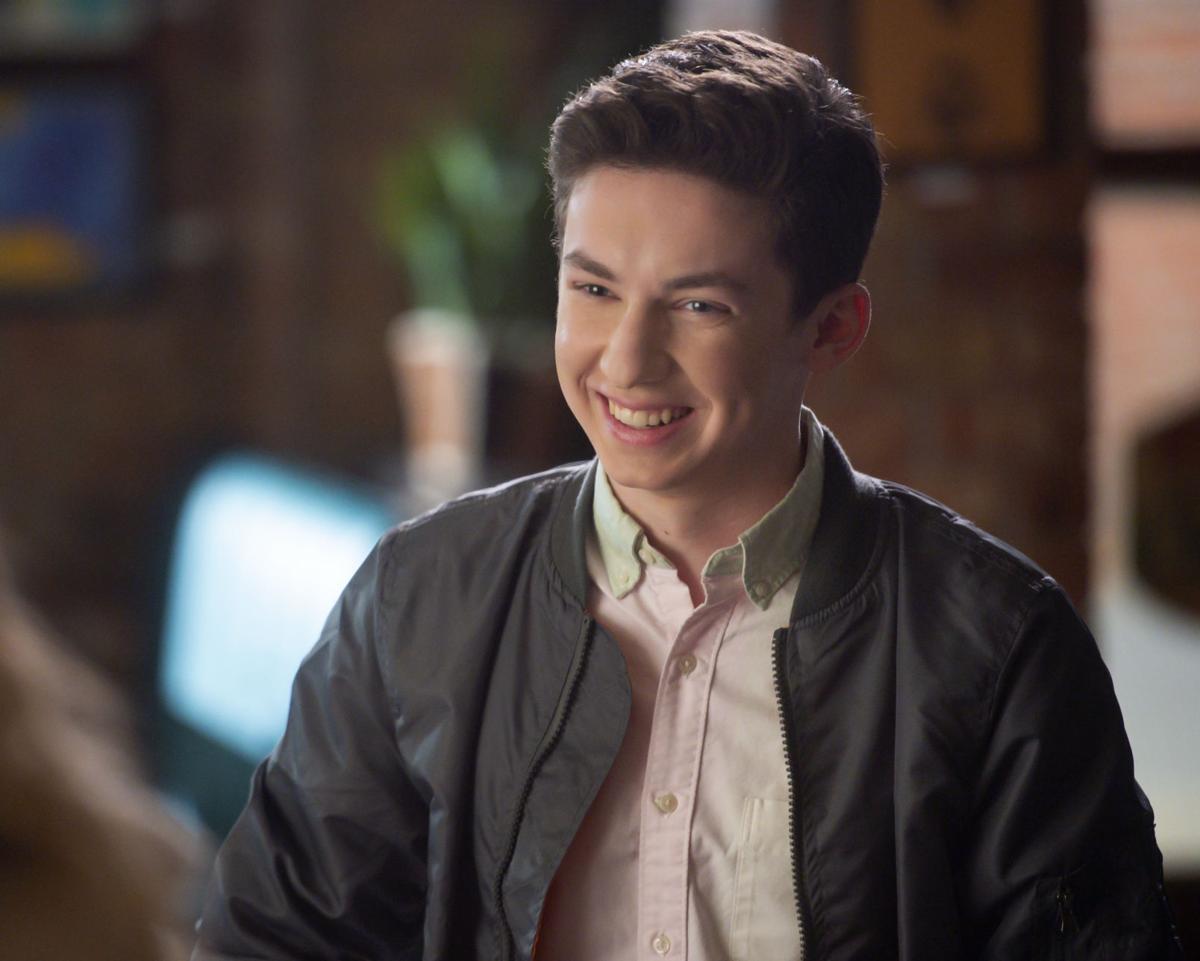 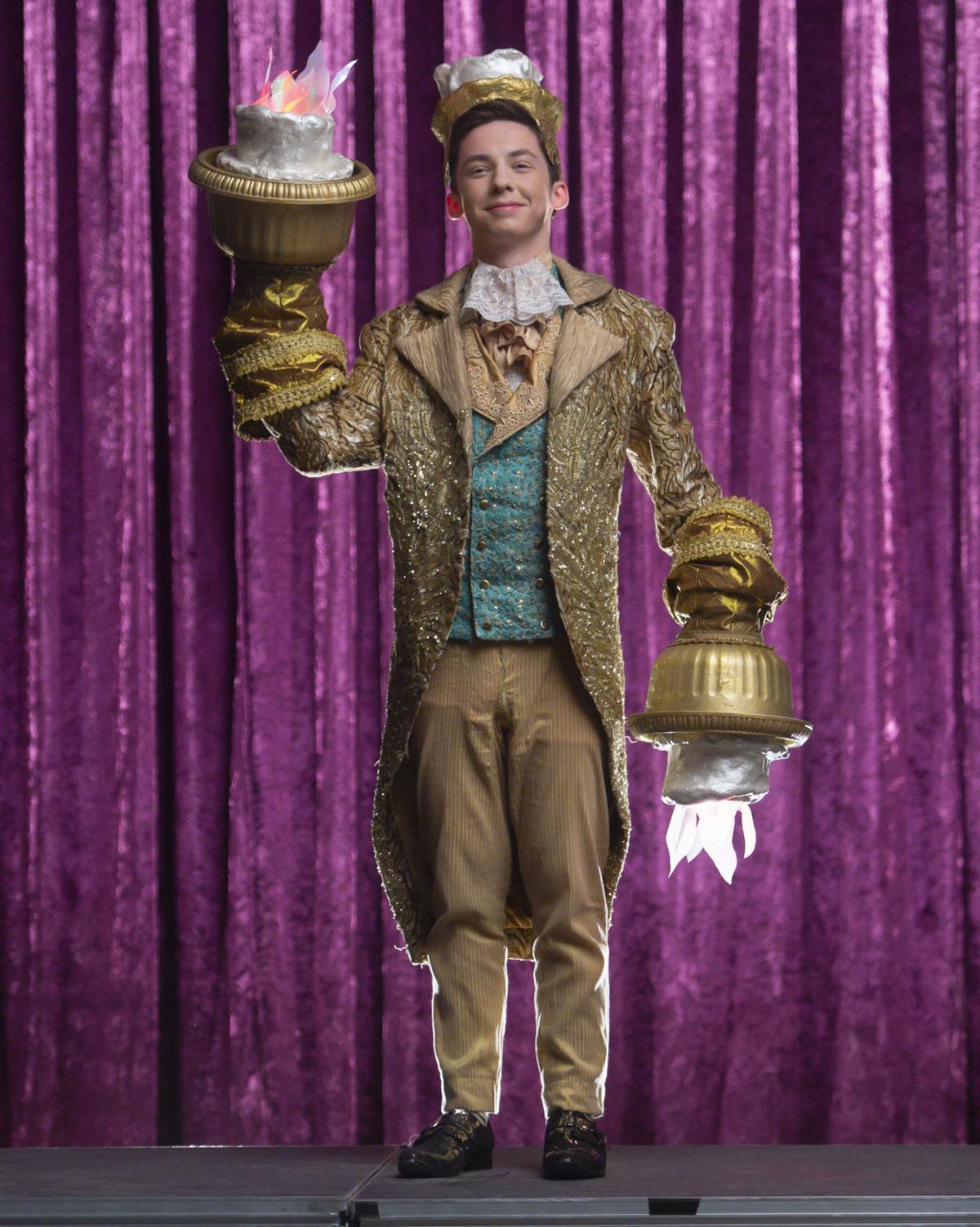 Andrew Barth Feldman plays a French exchange student who's cast in a high school production of "Beauty and the Beast" in "High School Musical: The Musical: The Series." Naturally, he's Lumiere. 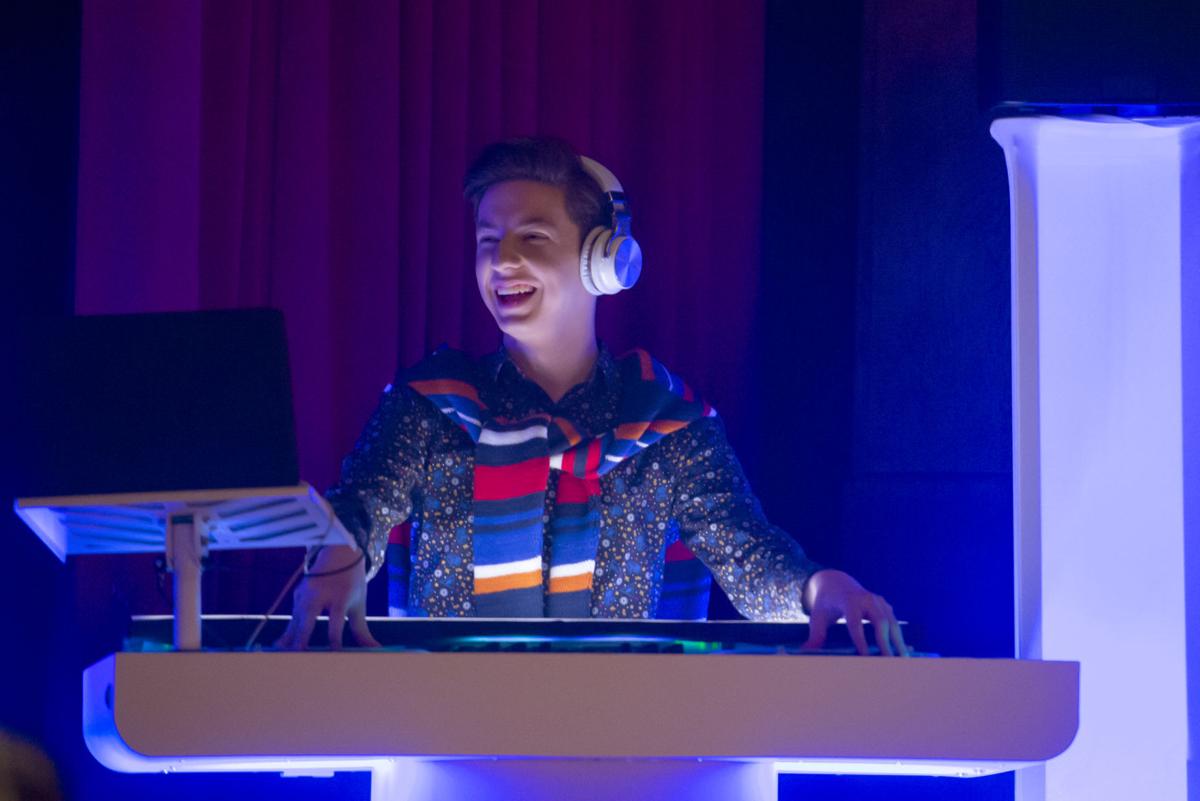 After his Broadway debut in "Dear Evan Hansen," Andrew Barth Feldman joined the cast of "High School Musical: The Musical: The Series." 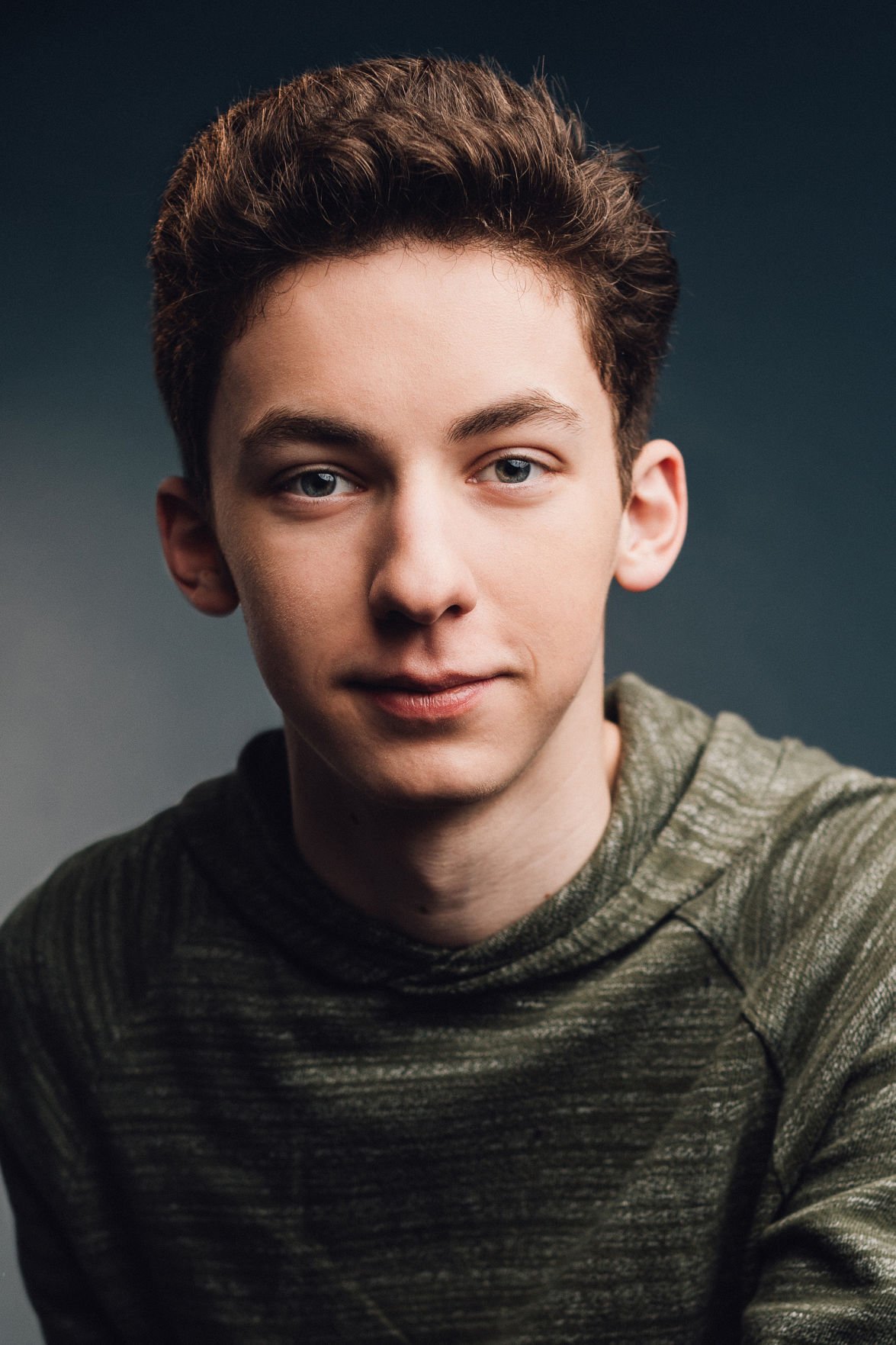 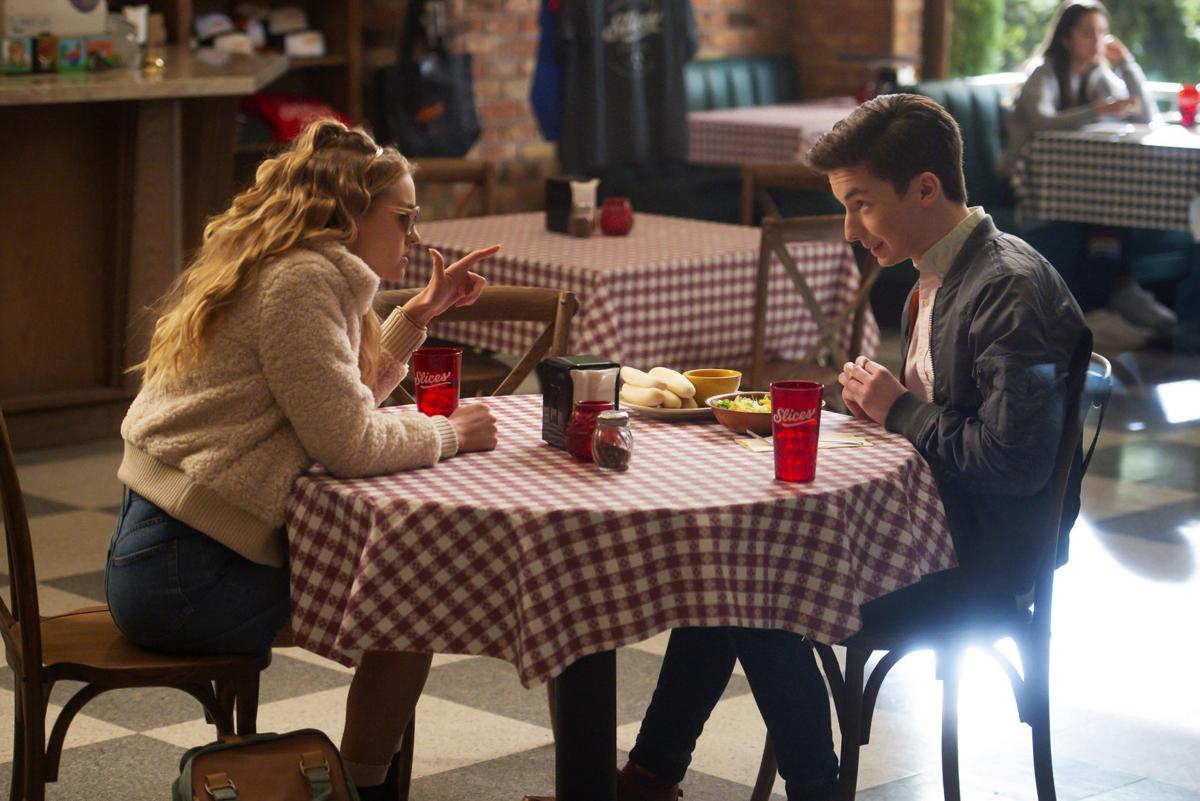 Characters in “High School Musical: The Musical: The Series” may dream of starring on Broadway. But at 16, Andrew Barth Feldman actually did it.

Thanks to his standout work at the Jimmy Awards – a competition for high school performers – Feldman was approached to star in “Dear Evan Hansen,” the Tony-winning musical.

“My life changed very quickly,” Feldman says. “I didn’t process anything that was happening until a couple of days after the Jimmys.” Producers talked to him about his “career” and the path it was likely to take.

Jan. 30, 2019, he stepped onto the stage of the Music Box Theatre as Evan, the “hardest thing I will ever have to do, God willing.”

Audience members cheered and Feldman – a natural – felt the love an actor can only get on Broadway.

“It’s a horrifying, daunting experience,” he says of starring in a hit New York show. “But it’s something I’ll never, ever forget. There’s something about Broadway that’s really, really special.”

In “HSMTMTS” high schoolers act like student productions could propel them just as quickly as they did Feldman. The truth? His trajectory is extremely rare – and it doesn’t ensure success.

Alex Boniello, who starred with Feldman in “Dear Evan Hansen,” told him “everybody wants their dreams to come true two or three days a week.” Broadway, however, requires eight shows a week – “which is absurd, particularly if you’re doing it for a year or two years. A show like ‘Dear Evan Hansen’ is exhausting, but that’s part of the job – to maintain your gratitude and keep it fresh every day.”

Now in “HSMTMTS” as a French foreign exchange student, Feldman says he’s able to embrace the pure joy (and naivete) that comes from being in a high school production. “It’s the closest I’ll ever get to feeling like I’m in high school theater again. It’s amazing.”

That the series is a spinoff of “High School Musical,” the show that sparked his interest in theater, is just one more head shaker in a life filled with them.

“I was 4 years old when the first movie came out. That’s a model of Troy Bolton’s locker that I’ve had forever,” he says pointing to a CD player behind him during a Zoom call. “I also have the script for ‘High School Musical Junior 2.’ I was Troy and I wrote, ‘Troy Bolton: Deal with it’ on it. So this is massive for me. Those movies were why I wanted to do theater. It was the first time I saw a cool guy doing theater.”

Starring in various local and school productions in middle and high school, Feldman was chosen to compete in the National High School Musical Theater awards (known as The Jimmys) when he was a sophomore.

There – with dozens of students with the same performance goals – he got to learn about the business from actors, directors and producers. “It’s Broadway boot camp,” he says. “It’s 14 days but I never felt like it was a competition. I was one of the youngest people there and felt like I was learning from these older, cooler kids. It was the craziest week of my life.”

Cutthroat? Nope, he says. “There was a certain amount of keeping your cards to your chest, but everyone was so supportive. They really lifted me up.”

Now 19, Feldman is making plans to attend Harvard as a theater/dance/media major. “It’s really everything – directing, writing, dramaturgy, puppeteering, virtual reality. It’s basically storytelling. And that’s exactly what I want to be doing.”

While he still plans to act (“HSMTMTS” is too much fun to ignore), he realized during “Dear Evan Hansen” he was getting an acting master class from his co-stars, “these titans of this industry.”

Meanwhile, during the coronavirus pandemic, he played Linguini in a benefit presentation of “Ratatouille, the Musical,” a production that started as a series of fan memes that originated on TikTok. He also created a fundraiser for the Actor’s Fund called Broadway Jackbox and a murder mystery series called “Broadway Whodunit.”

“I learned very quickly what I do when there is nothing to distract me: I create all sorts of things to distract me. It sort of reinforced that if I never get opportunity in this industry, I can create opportunities for myself.”

And “High School Musical,” which also happened during the pandemic? “It was my first time acting in months,” Feldman says. “It was such a warm, welcoming environment I couldn’t have been happier to have it.”

As Antoine, a Frenchman at a rival school, he was encouraged to be “big and silly.” “I took French for six years but I wasn’t good at all (at the accent). I worked with a dialect coach to make sure I had the world down.”

Now, Feldman says, he’s determined to get that college degree. “It may not be on time, but I’m going to finish it. It’s something I really have to do.”

As he nears two years with “Dear Evan Hansen,” the Broadway vet is looking for his next adventure. “I came here from ‘Book of Mormon,’ making people laugh," he said.

LOS ANGELES – In the world of musical theater, you don’t get much hotter than Benj Pasek and Justin Paul.

'Schmigadoon!' sends up Broadway while still embracing it

If people in your town start the day by singing and settle problems with dance-offs, you just might be in “Schmigadoon!”

As fictitious towns go, Schmigadoon is a lot like River City.

Before signing on as a host of “Disney’s Magic Bake-Off,” Issac Ryan Brown had one question: “Do we get to get to eat the cake?”

REVIEW: Broadway's 'Dear Evan Hansen' could have used a fresh approach on screen

As great as he was in the stage version of “Dear Evan Hansen,” Ben Platt probably shouldn’t have played the role on film.

Waiting at home during the pandemic stoked Sam Primack’s love for acting.

OMAHA -- “Dear Evan Hansen” works 10 times better on stage than it ever did on film.

Andrew Barth Feldman realized the dream of thousands of high school students when he made his Broadway debut at 16 in "Dear Evan Hansen."

Andrew Barth Feldman plays a French exchange student who's cast in a high school production of "Beauty and the Beast" in "High School Musical: The Musical: The Series." Naturally, he's Lumiere.

After his Broadway debut in "Dear Evan Hansen," Andrew Barth Feldman joined the cast of "High School Musical: The Musical: The Series."