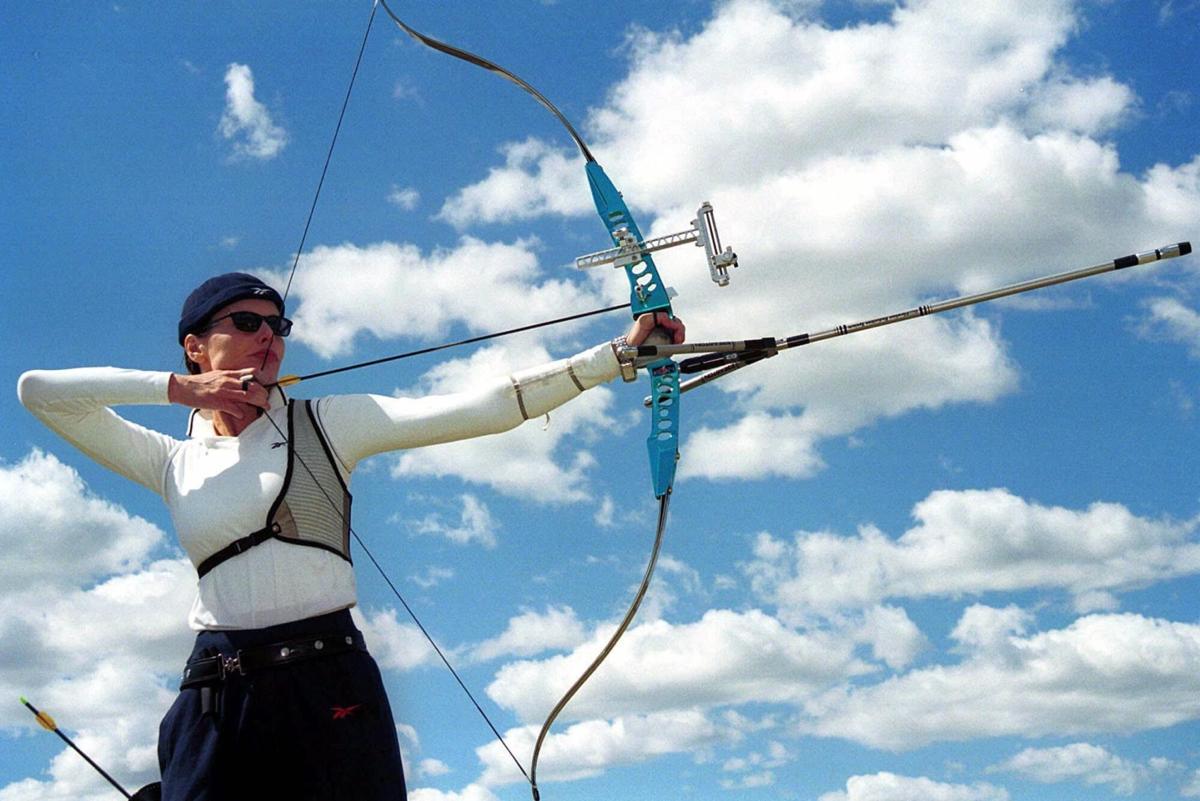 Oscar winning actress Geena Davis takes aim at a mark during a training for the Sydney International Golden Arrow archery competition in 1999 at Sydney Olympic Park in Sydney, Australia. 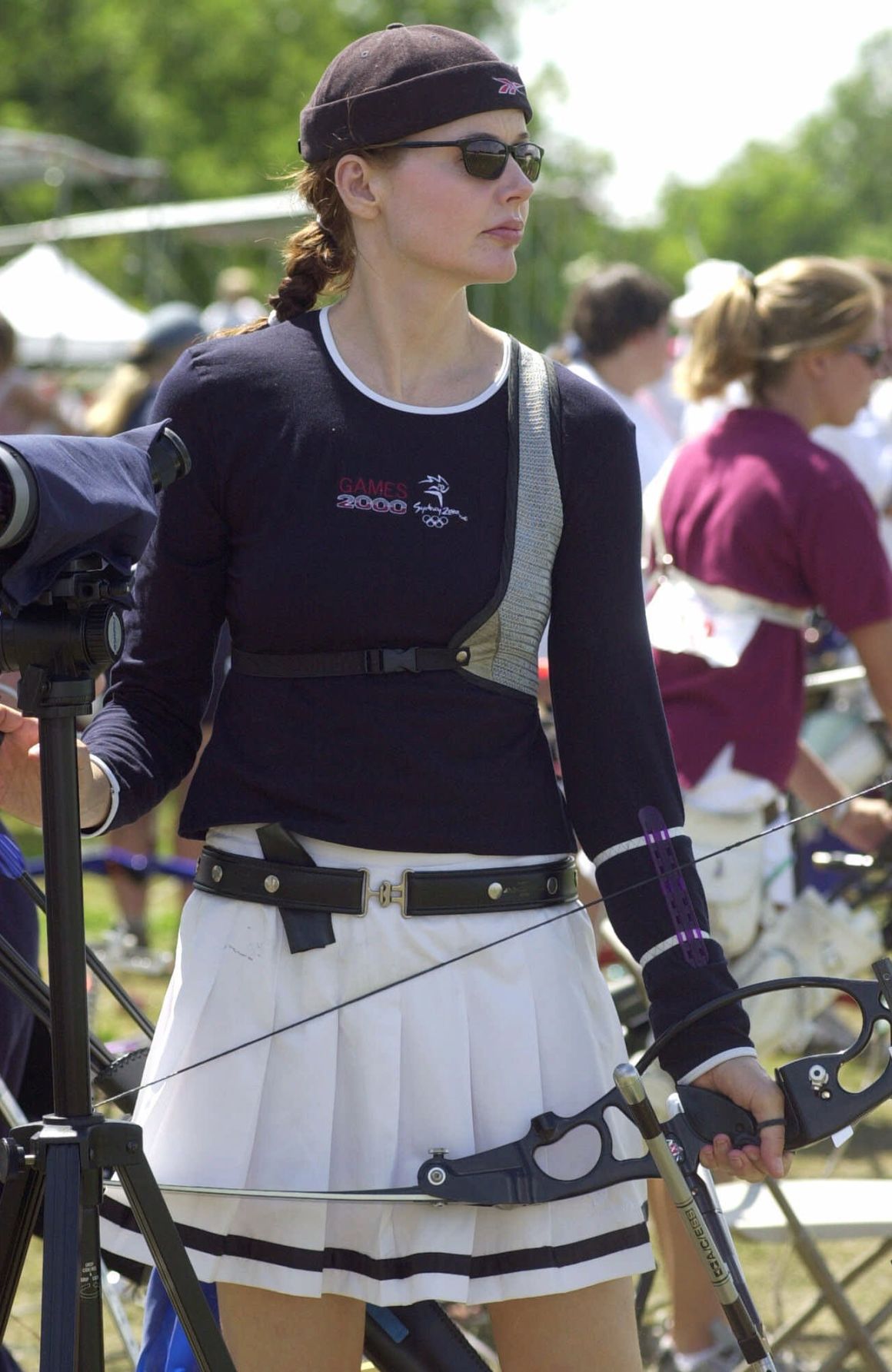 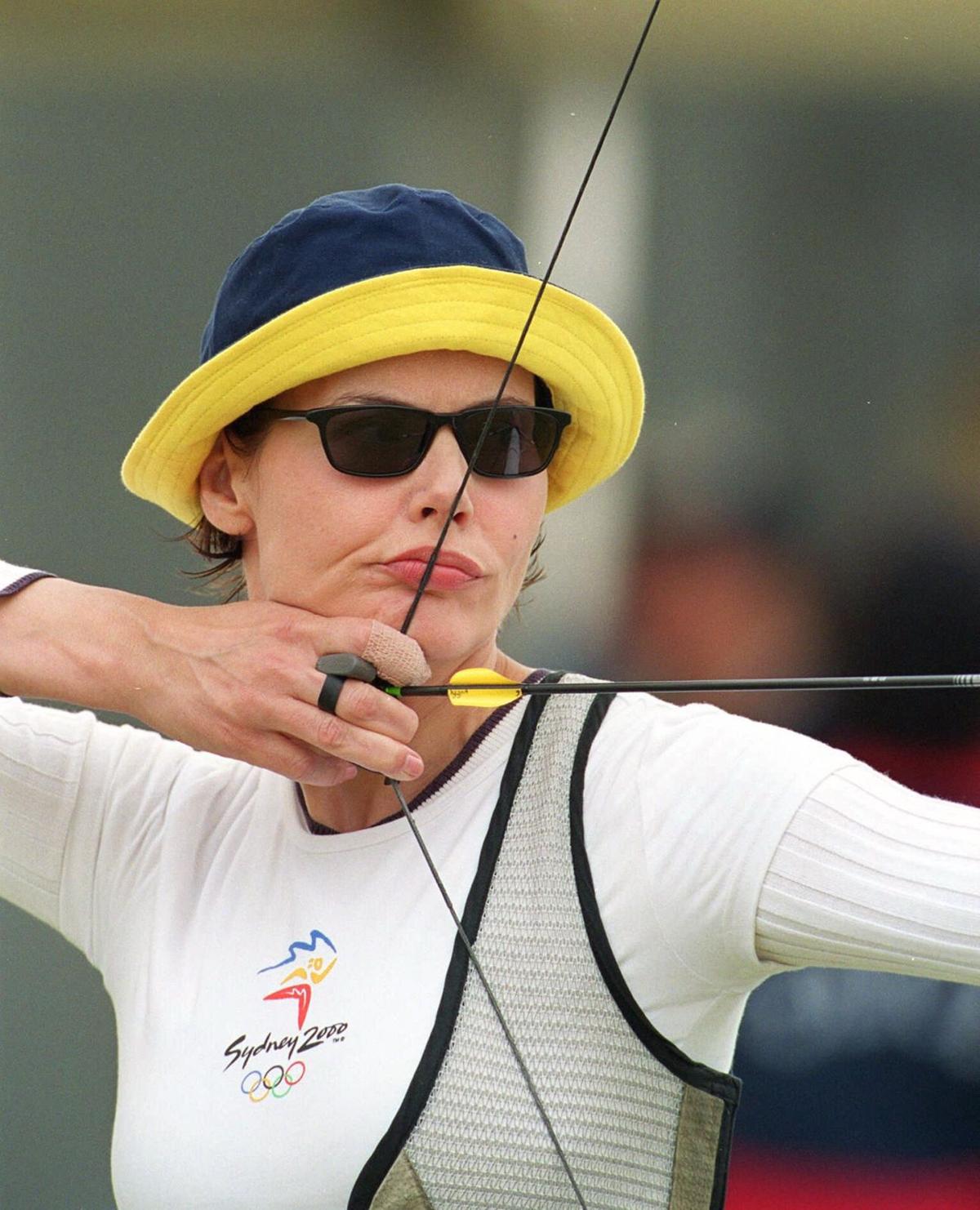 Wearing her official Sydney 2000 T-shirt, actress Geena Davis lines up her shot on the opening day of competition at the Sydney Olympic Archery Test Event in 1999. 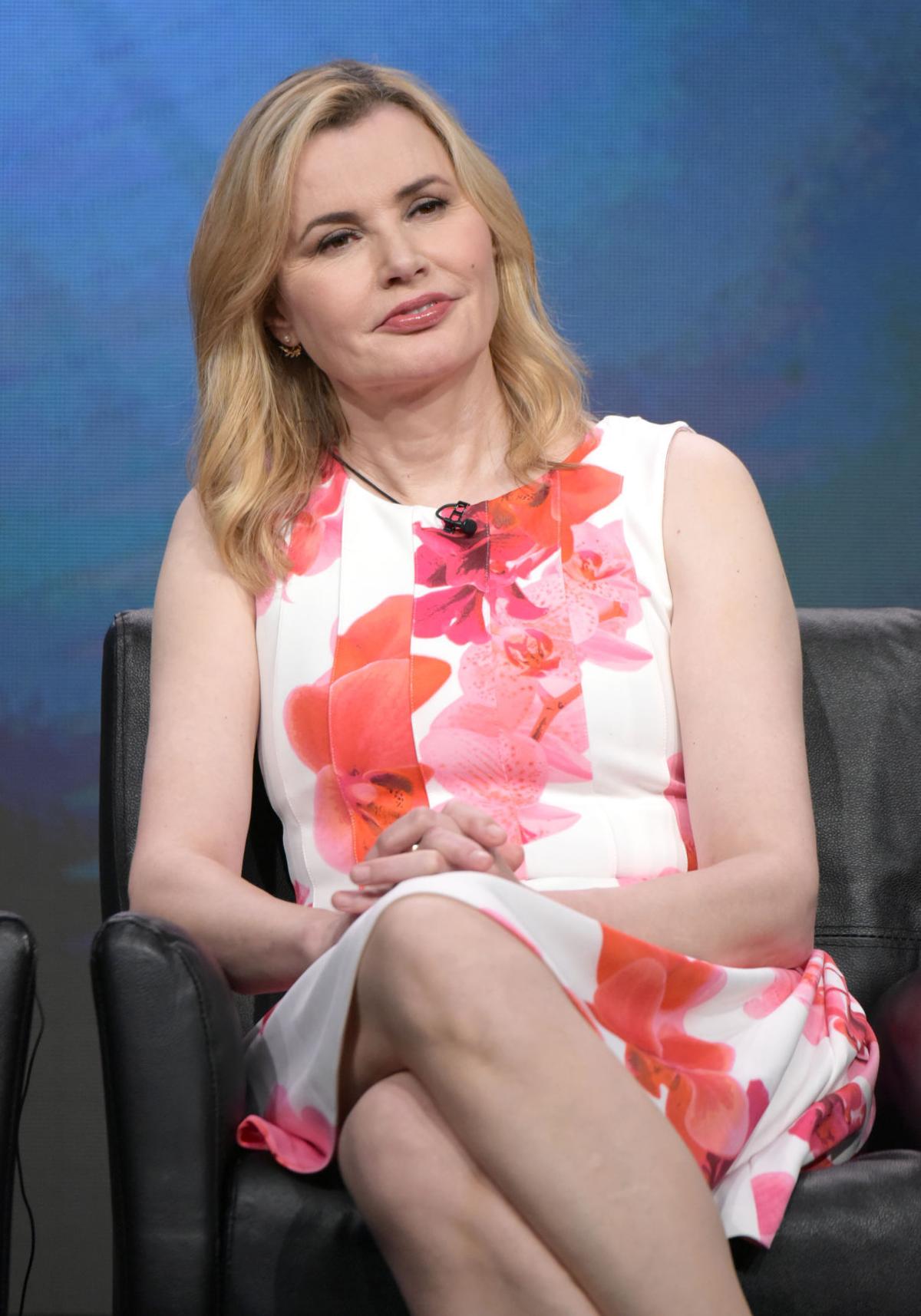 Geena Davis participates in the panel for "The Exorcist" during the Fox Television Critics Association summer press tour in Beverly Hills, Calif.

LOS ANGELES | An Olympic dream isn’t as farfetched as you might think. Actress Geena Davis took up archery at 41 and landed in the U.S. Olympic Trials just before the 2000 Games in Sydney.

“I did it on a whim and became obsessed with it,” the 60-year-old actress admits. “I trained and trained and trained like crazy and, 2 1/2 years later, I was a semi-finalist for the Olympic trials. It was the most out-of-body experience I’ve ever had.”

“I was so nervous because nobody watches you shoot archery,” Davis says. “It’s not a good spectator sport and there were 50 news crews at the Olympic trials, all standing behind me. Every time I touched the bow, I’d hear cameras clicking. Every shot I took, they panned to the target.”

Though the Oscar winner doesn’t compete currently, “There’s always 2020 in Tokyo,” she says with a smile.

The run for the gold was just one of many unlikely experiences the Massachusetts native has had since breaking into films.

Her first role: An actress in the comedy “Tootsie.” “It was the first thing I auditioned for. I couldn’t believe I got the part. What an introduction! Here I was with Dustin Hoffman and Sydney Pollack directing. The funniest part was when it came out, all these people in my little home town couldn’t believe it. And my mom was like, ‘Well, she studied acting in college,’ like it was obviously going to happen.”

She went on to other roles in film and television, won an Oscar for “The Accidental Tourist,” and created iconic roles in “Thelma and Louise” and “A League of Their Own.”

Celebrating its 25th year (“it seems like yesterday”), “Thelma and Louise” started a friendship that Davis and Susan Sarandon continue to this day. “I have a certain level of people recognizing me but when we’re together walking down the sidewalk, it’s a whole other thing.”

“League” created a bond between the real female baseball players and the actresses that has prompted reunions and Baseball Hall of Fame activities. This fall, Fox airs a new series about the first woman in professional baseball. It’s called “Pitch” and, yes, it has revived interest in the 1992 film Davis made with Penny Marshall, Tom Hanks, Madonna and Lori Petty.

“I love the idea of the show,” Davis says. “I think it could happen, but it would still be a singular skill the woman would have to have.”

In 2000, Davis played the first female president in “Commander in Chief” and, now, there’s the possibility of a female holding the office.

Prescient? “I don’t know,” she says. “I’m just setting things up and people can carry them forth.”

Next on her agenda: A television version of “The Exorcist.” While the new Fox series doesn’t follow the film’s plot, it does feature a strong woman dealing with her daughter’s possession.

Davis -- who calls the original the best horror film ever made -- is a huge fan of the genre.

“I’m an easy scare,” she says. “I’m just one of those people who like to be scared. When I saw ‘Jaws,' I actually ripped the arm off the theater seat.”

She got her own stab at the genre with “The Fly,” then followed it with a humorous approach in “Beetlejuice.”

Now, Davis thinks she can add a new twist to the genre with TV’s “Exorcist.”

“My character is probably very controlling. She has an important job. One daughter had an accident. Her husband has brain damage and the other daughter is possessed.”

Davis’ three children and her husband, surgeon Reza Jarrahy, have seen the pilot and love it. “They’re not scared of stuff like this.”

Still, the children love to try to scare their easily-duped mom. “They’re terrible at it,” she reports. “They want to jump out and say, ‘Boo’ and it never works.”

LOS ANGELES | Kylie Bunbury says her body aches from all the training she’s doing for the new Fox series, “Pitch,” but it’s worth it.

LOS ANGELES | Carlie Craig had one night to come up with five impressions that she could use to wow the producers of “MADtv.”

LOS ANGELES | Before Michael Schur pitched his latest series to NBC, he took “Lost” creator Damon Lindelof to lunch and asked to play a game c…

LOS ANGELES | Anna Camp didn’t need another uptight woman on her resume. But the one in “Good Girls Revolt” goes through such a change “it was…

Oscar winning actress Geena Davis takes aim at a mark during a training for the Sydney International Golden Arrow archery competition in 1999 at Sydney Olympic Park in Sydney, Australia.

Wearing her official Sydney 2000 T-shirt, actress Geena Davis lines up her shot on the opening day of competition at the Sydney Olympic Archery Test Event in 1999.

Geena Davis participates in the panel for "The Exorcist" during the Fox Television Critics Association summer press tour in Beverly Hills, Calif.