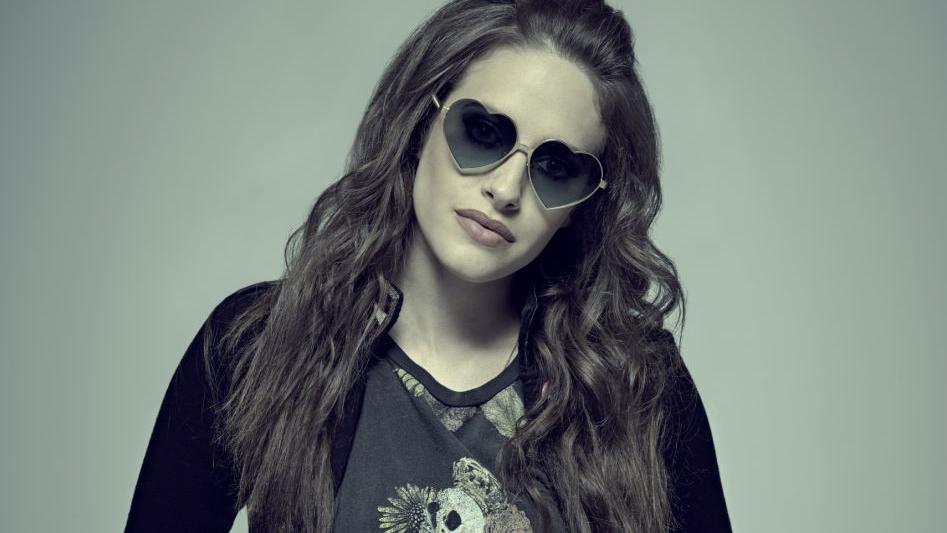 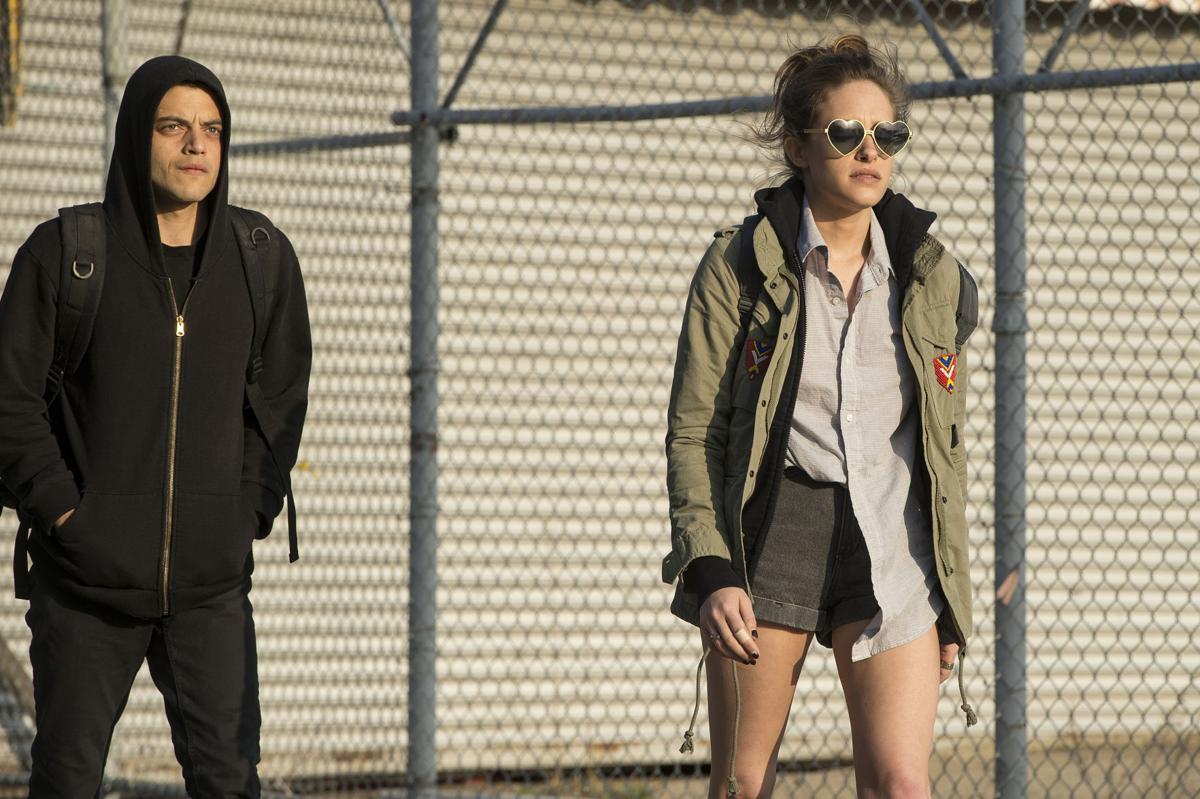 Rami Malek as Elliot and Carly Chaikin as Darlene in an episode of "Mr. Robot." 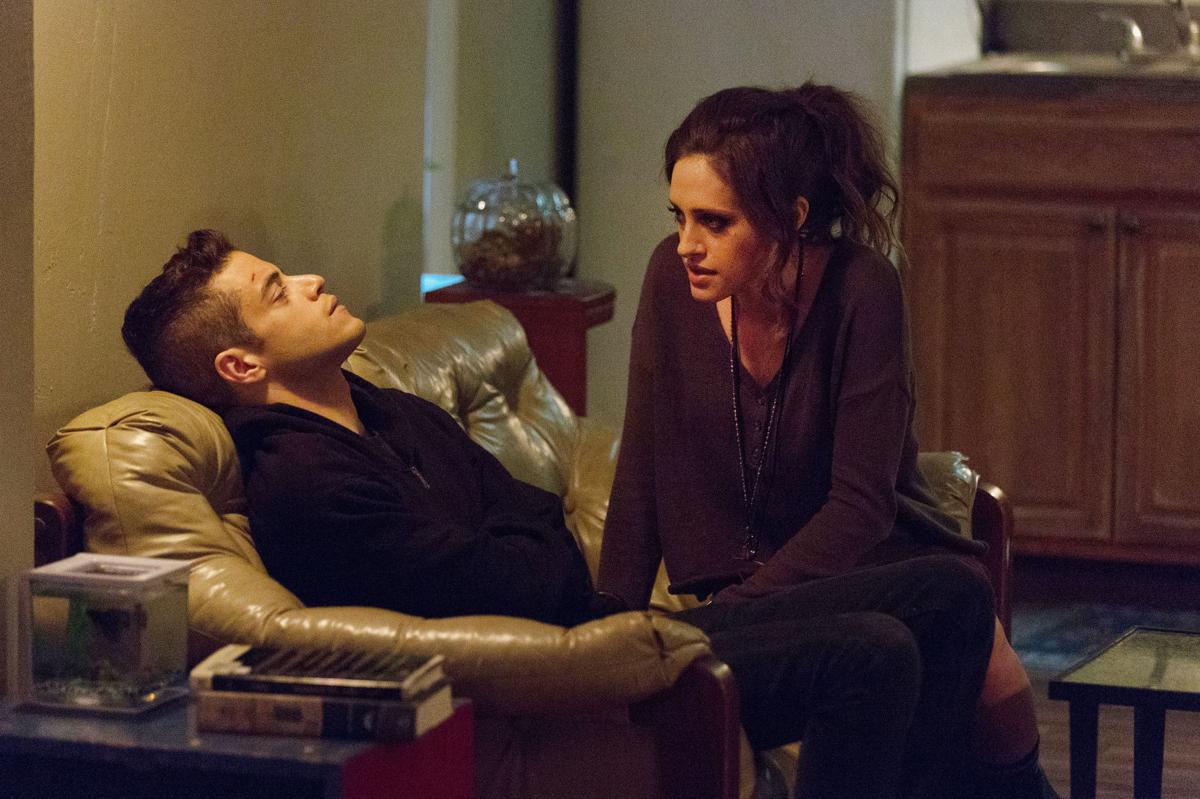 Rami Malek as Elliot Alderson and Carly Chaikin as Darlene in "Mr. Robot."

LOS ANGELES | Carly Chaikin -- like fans of her show “Mr. Robot” -- frequently sits with other cast members trying to guess where the show might go and what secrets it harbors.

“We’re convinced he’s going to kill all of us,” Chaikin says of creator Sam Esmail. Instead, Esmail has given the 26-year-old a pivotal role as Elliot Alderson’s sister and a key member of the fsociety hacking team.

In the second season, now airing on the USA Network, Chaikin’s Darlene is the one responsible for writing the code that takes down the seemingly evil E Corp.

“It’s really exciting for me to represent that and, just as an actor, play characters that stand for something that can have an effect on the outside world,” she says.

In truth, the former “Suburgatory” star is “medium” tech-savvy. “There are times when I call Apple and I’m like, ‘The spinny thing… I don’t know how to’… but I am a fast typer.”

Because the series delves into the kind of online footprint people can leave, Chaikin watches the things she posts and what platforms she uses. “I’ve always been good about not posting pictures. (The series) has made me paranoid of what the possibilities are.”

At a club recently, a woman tried to grab Chaikin’s purse, prompting her to think she could drop a chip in the bag and monitor her whereabouts. “My girlfriend was like, ‘That’s not going to happen. Calm down.’”

“Mr. Robot” has ignited such a conversation about privacy it’s hard to ignore what someone with dishonorable intentions might do. Chaikin has gotten to play out some of the emotions behind a hack and look at the endgame of fsociety’s actions. “Elliot told her she can’t let up and she took it to heart,” she says. “That’s what she’s holding on to – finishing what she started.”

Last season, Esmail tried to keep the actress from appearing too often so viewers wouldn’t guess Darlene and Elliot were related. Chaikin and Rami Malik, who plays Elliot, quizzed Esmail about their family life. “We built this back story and talked a lot about what it was like.” They filled in details about their childhood relationship and what they thought of their parents.

“I like to bring depth to every character I do,” Chaikin says. “I feel like I did try and do that with (‘Suburgatory’s’) Dalia. But Darlene is more up my alley and really is a dream role that I’ve always wanted to do. This is definitely a better representation of the kind of work I want to do as an actor.”

When Esmail first showed “Mr. Robot” at film festivals, the buzz began. “All these things were kind of happening – which were really cool and different.” A Golden Globe win for Best Drama series “was just mind-blowing and so unexpected. It’s still kind of sinking in for me personally. It really is hard to wrap your head around that you get to be part of something as big as this, as cool as this.”

Luckily, “Mr. Robot” hasn’t hacked into Chaikin’s personal life. “I’m a loser,” she says with a laugh. “I really don’t go out. None of my friends are actors and I still have the same friends I’ve always had.

Having more than one script at her disposal before a season begins is helpful, she says. But information does come with consequences. “I don’t want to hold on to all that information and not be able to tell everyone,” Chaikin says.

Friends tell her not to say anything about upcoming plotlines because they want to discover them on their own – “like I’m not sworn to secrecy.”

“People don’t want to know because it’s so fun watching it.”

LOS ANGELES | Kylie Bunbury says her body aches from all the training she’s doing for the new Fox series, “Pitch,” but it’s worth it.

LOS ANGELES | Carlie Craig had one night to come up with five impressions that she could use to wow the producers of “MADtv.”

LOS ANGELES | Before Michael Schur pitched his latest series to NBC, he took “Lost” creator Damon Lindelof to lunch and asked to play a game c…

Kevin James knows how to make another sitcom hit

LOS ANGELES | “Kevin Can Wait” emerged as one of the early hits of the fall TV season.

Rami Malek as Elliot and Carly Chaikin as Darlene in an episode of "Mr. Robot."

Rami Malek as Elliot Alderson and Carly Chaikin as Darlene in "Mr. Robot."