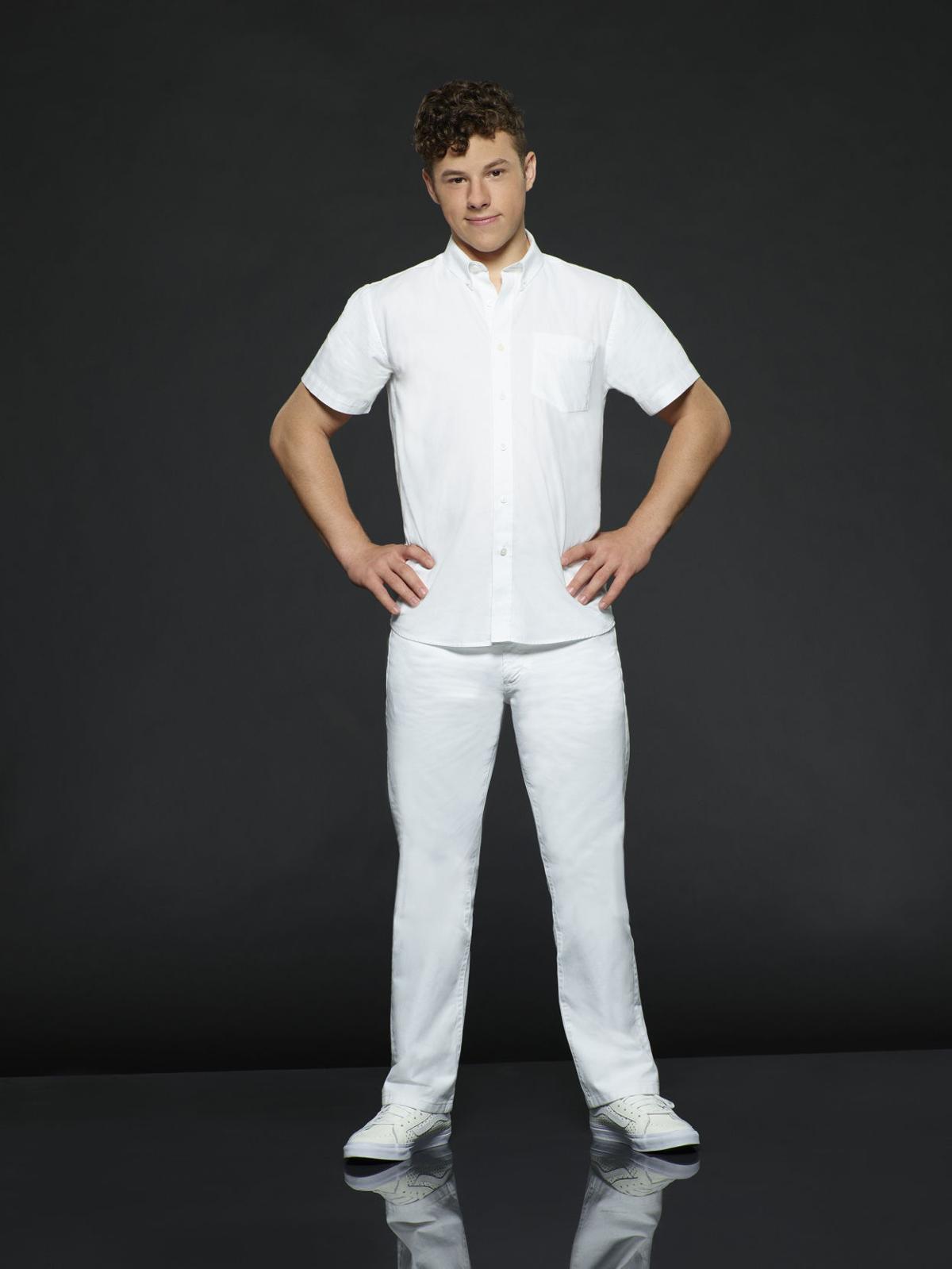 ABC's "Modern Family" stars Nolan Gould as Luke Dunphy. Gould says he and the show's other stars "have the easiest work schedule in all of Hollywood." 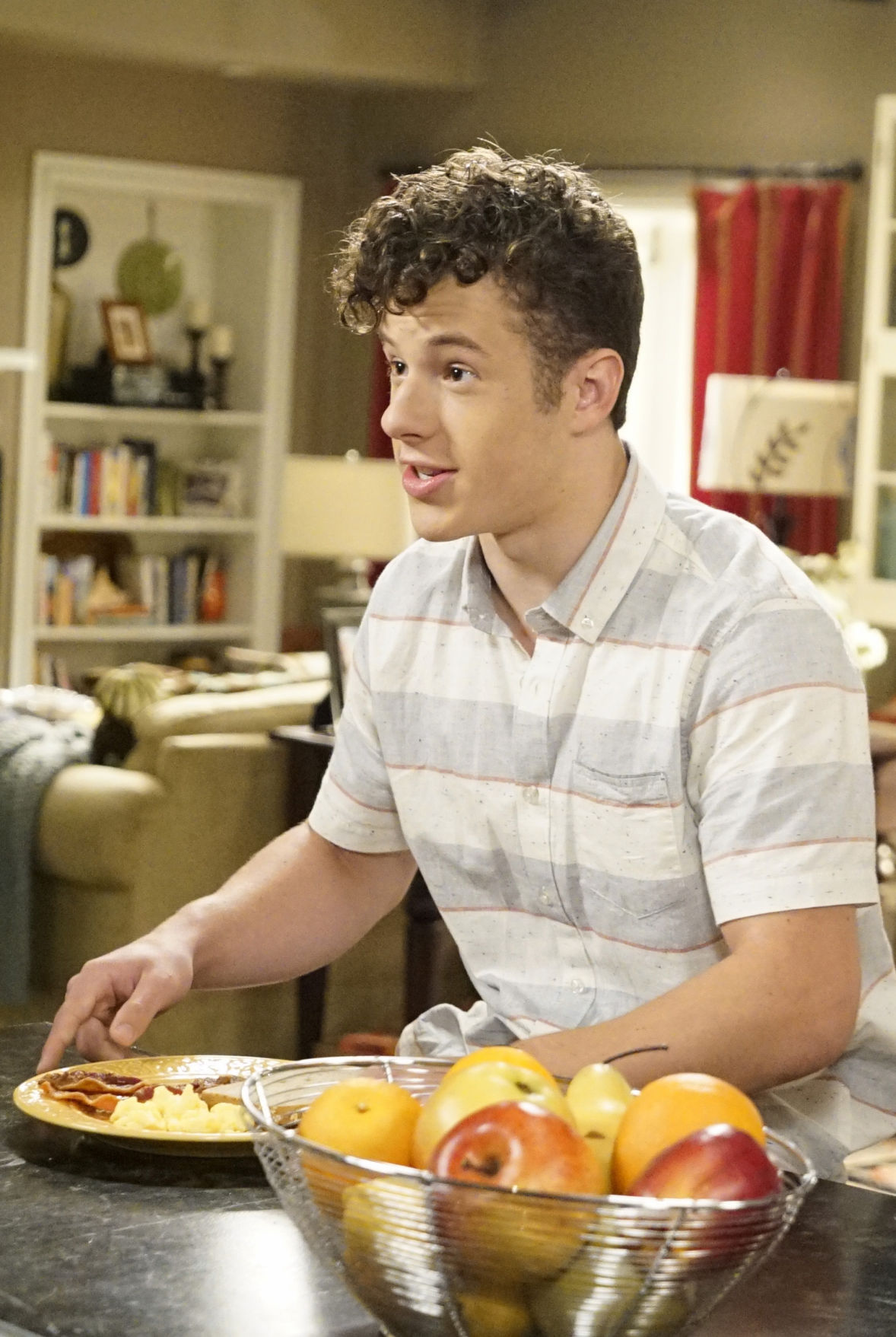 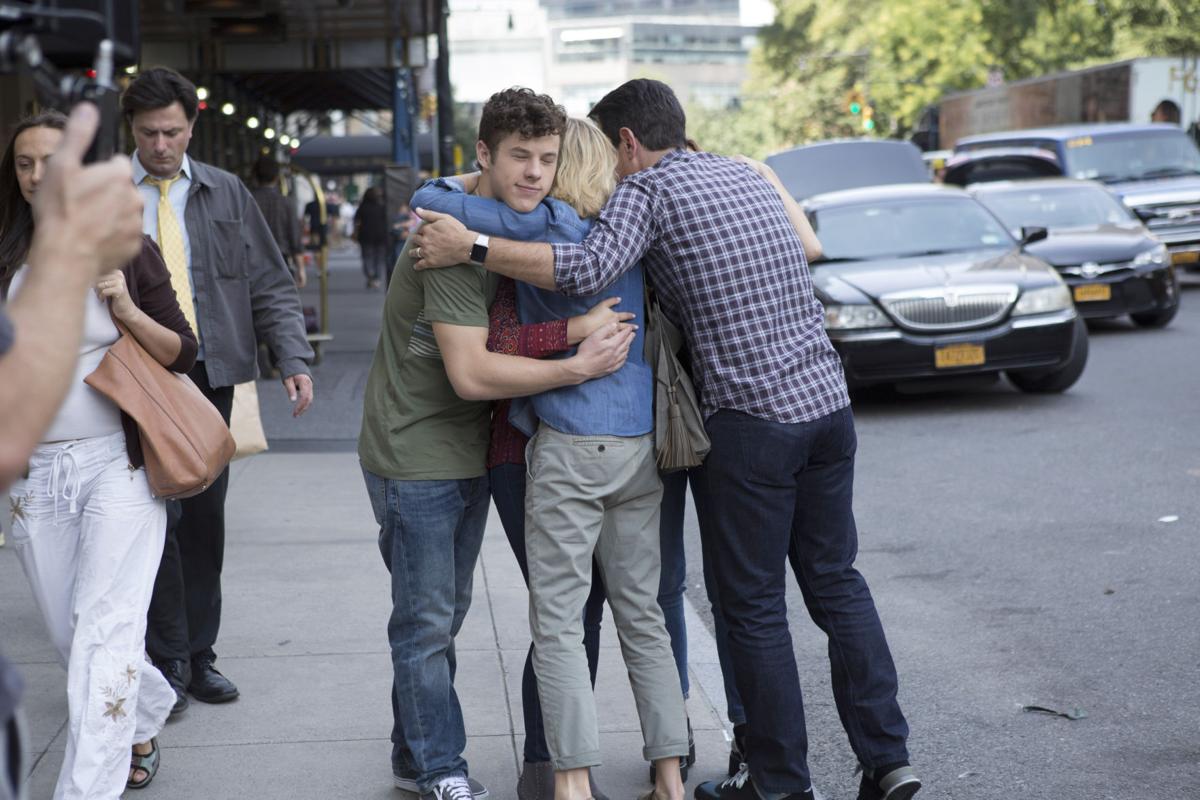 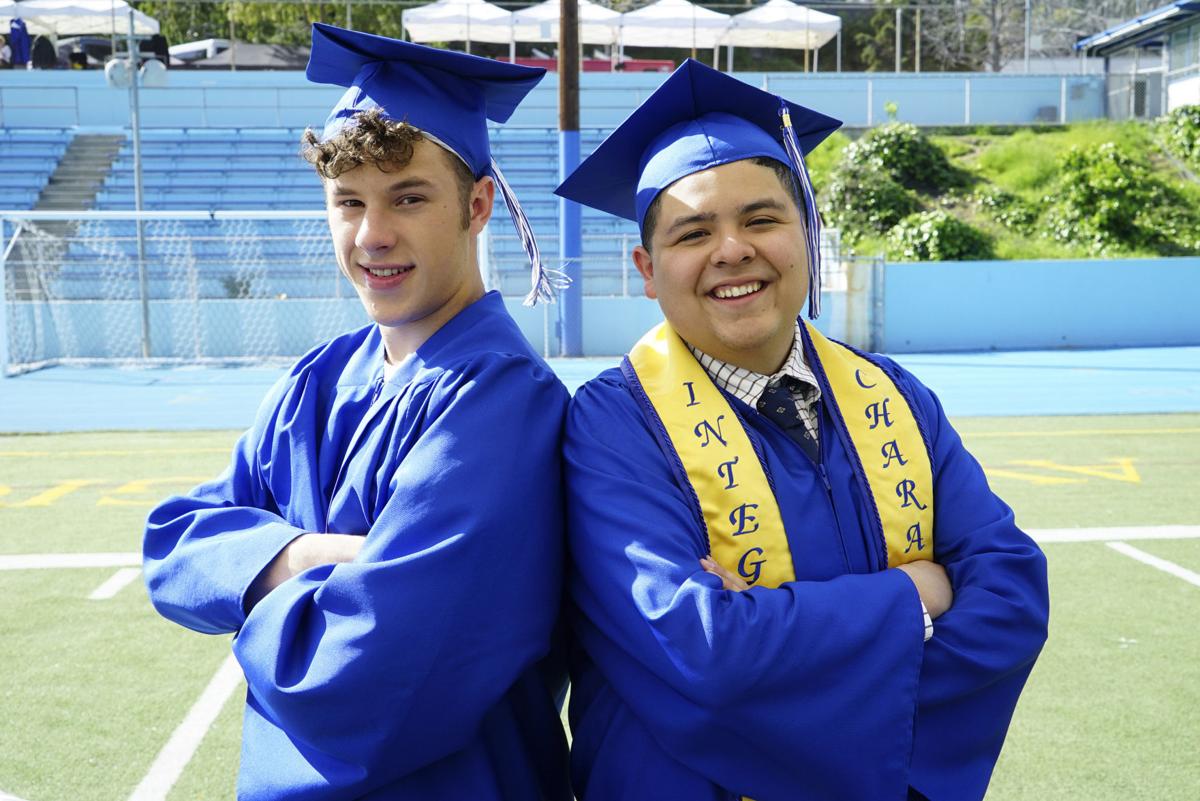 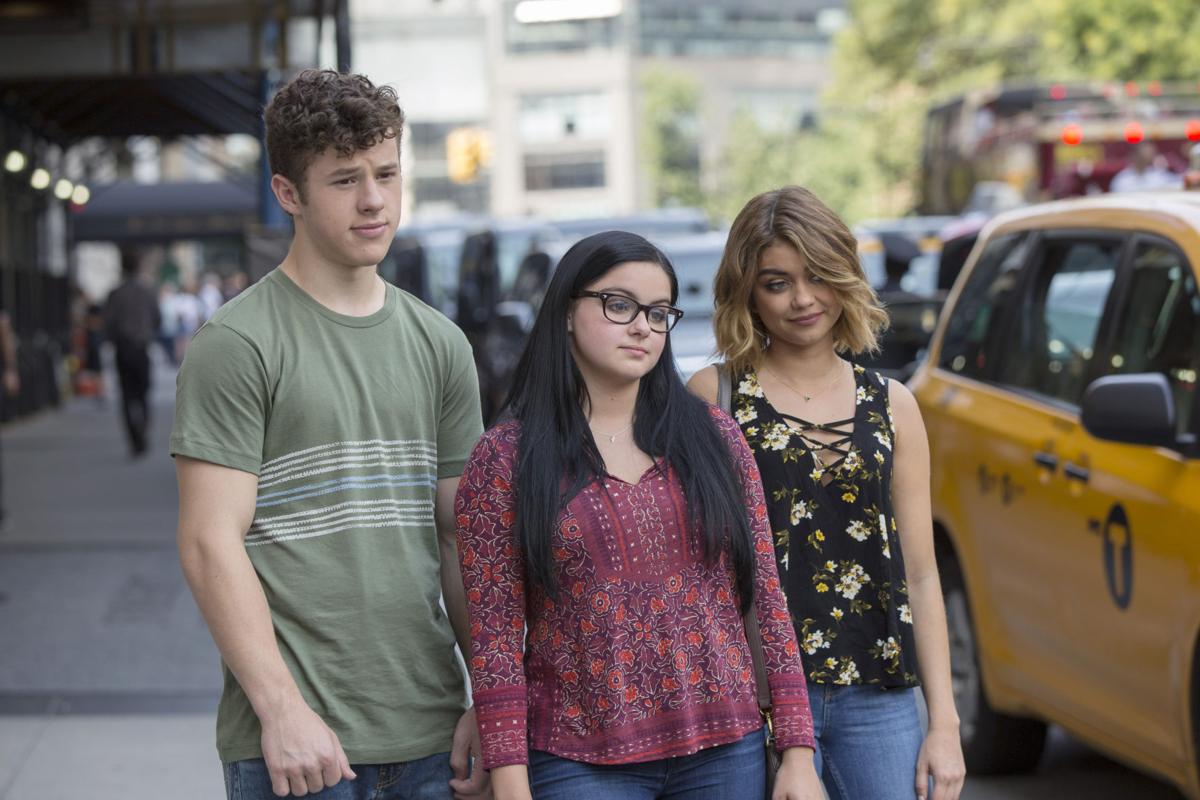 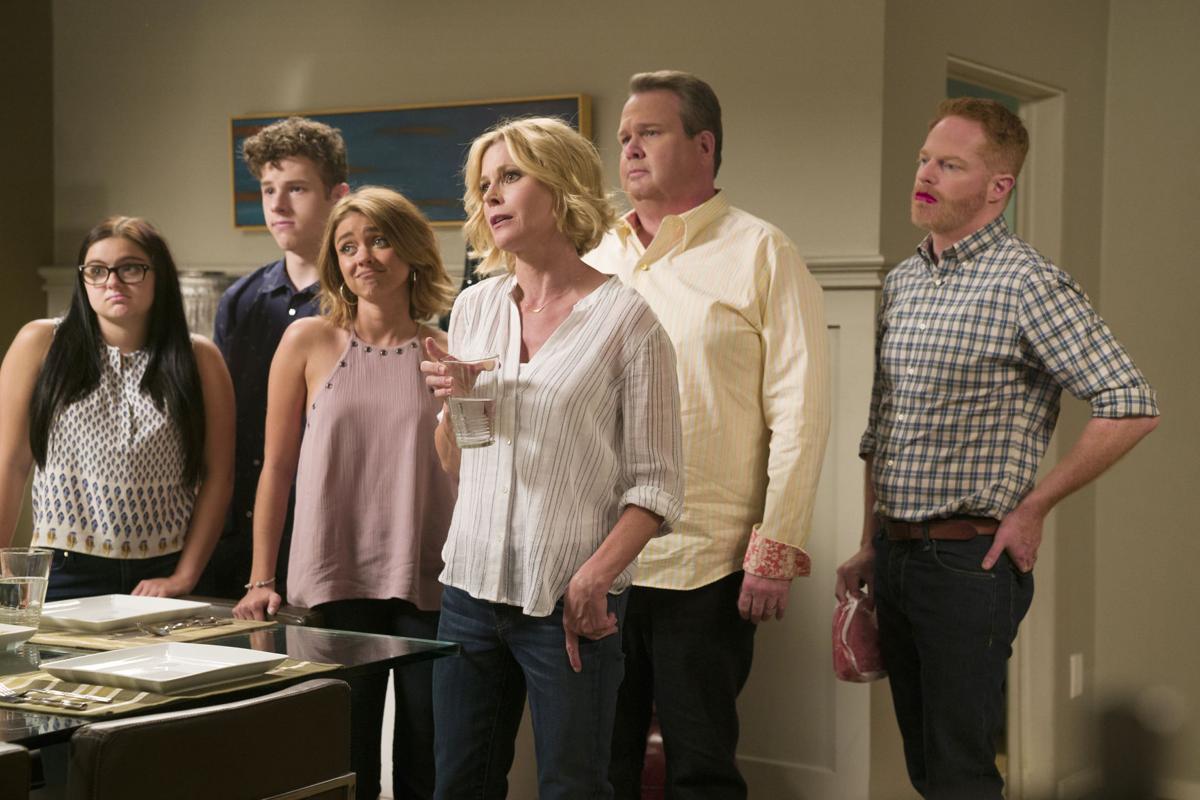 LOS ANGELES -- Actors like to complain how difficult their work is. But, says Nolan Gould, he and the other stars of “Modern Family” must be incredibly lucky.

“We have the easiest work schedule in all of Hollywood. I work two or three days a week, on average, and we get to go home to our families and our lives.”

That sense of “casualness,” “really allows us to feel very comfortable on our set…and it comes out.”

Renewed for two more seasons, “Modern Family” will likely end when Gould turns 20. “That means half of my life will have been spent here,” he says. “I’m panicking a little bit because that’s kind of crazy, spending so much of my life on one show. I’m a little nervous about what comes next.”

While college is a likely next step, Gould says he’ll probably stay in show business. He’d love to produce or direct, but he’s not going to settle on anything – just yet. “I love my job. I love everybody I work with. At this point, there’s so much I could do.”

When the Emmy-winning series started, Gould was just the goofy little Dunphy kid who often followed in his father’s footsteps. Now, he’s a hip high school grad, looking to find his place in the world.

“I definitely think Luke has changed a lot,” Gould says. “If you go back and watch Season One, he was this really sweet, let’s be honest, dumb kid. Now, he’s this teenager who’s becoming adult and his experience is relatable. It was really an intelligent move by our writers to take that route.”

Gould, a Georgia native, says he was lucky his awkward years “didn’t involve too much acne.”

“It’s challenging growing up in front of an audience.”

Thankfully, the adult actors took him under wing and helped him through the rough spots. Ty Burrell, who plays his father, “is just the funniest man I have ever met. I can truly say he’s also one of the kindest individuals. But I honestly learned so much from Ed O’Neill (who plays his grandfather).”

Whenever Gould struggled with a line or an emotion, O’Neill would pull him aside and work with him. “He’s like a mini-director that way. When you’re 14 years old and Ed O’Neill gives you advice, you listen to it.”

During the course of the sitcom, producers toyed with various pairings. Ultimately, the very large cast has had a chance to work one-on-one with every one of their fellow actors.

Sometimes, the combinations are magic. Scenes with Burrell and Gould are always comic gold; now ones with Sarah Hyland and Ariel Winter, his TV sisters, are proving fruitful. In the coming season, Luke will take a gap year before starting college. That could offer even more possibilities.

Gould says scenes with Sofia Vergara (who plays his step-grandmother) are always fun. “It’s so strange to see Luke and Gloria together it makes interesting storylines that wouldn’t seem likely to happen.”

While Jesse Tyler Ferguson and Gould worked together in the second season, they haven’t been paired recently. “I would love to work with him again.”

It’s just as tenuous as Nolan’s.

“The industry is a very strange place for kids to grow up,” the 18-year-old says. “I’ve been really lucky that my family has been so supportive. None of them are actors, so they keep me grounded. My TV family has seen actors come and go and they know how this business works. They’ve helped me through it, too. It’s challenging.”

Excellent writing has made “Modern Family” a critical and audience success, Gould says. “When people tell me I’m funny I have to give all the credit to the writers. I could improv the whole show, but it wouldn’t be funny at all.”

Leaving “Modern Family,” he says, will be a lot like graduating from high school.

“Remember when you were a little kid and every week you changed what you wanted to do? One week, you’d want to be a firefighter. The next it was something else. That’s where I am now. It will be interesting to see if I stick with acting.”

FLASHBACK: Stories about 'Modern Family' through the years

TV’s Steve: Steve Harvey is everywhere but it’s just because he likes to work

LOS ANGELES – If you think Steve Harvey is everywhere on television, you’re right. He is.

Ray Romano finds a way to fold comedy into 'Get Shorty'

LOS ANGELES | To play a washed-up producer in “Get Shorty,” Ray Romano decided to spike his hair like uber-producer Brian Grazer.

'Get Shorty' takes a 'Fargo' view of dramatic life

LOS ANGELES | “Fargo” isn’t just a movie and a TV series. It’s now Hollywood shorthand for a drama with comedy.

Ready for launch: 'The Orville' gets set to blast off

LOS ANGELES – At 11, Seth MacFarlane dreamed of creating his own spaceship. At 43, his dream came true.

LOS ANGELES | When she was competing on the world gymnastics stage, Shawn Johnson used to sit back and try to read her competitors.

LOS ANGELES – Rico Rodriguez remembers when Ed O’Neill would pull him aside and suggest possible ways to get a laugh on “Modern Family.”

“There’s something special about being on this show,” Reid Ewing says. “You don’t realize it until you’re gone. Even if you just have a couple of lines, you know the ecosystem is pretty great.”

BTS 'emotional beyond words' for live concerts in LA

BTS 'emotional beyond words' for live concerts in LA

ABC's "Modern Family" stars Nolan Gould as Luke Dunphy. Gould says he and the show's other stars "have the easiest work schedule in all of Hollywood."