MNF: The latest scores and updates from the Saints vs. Raiders 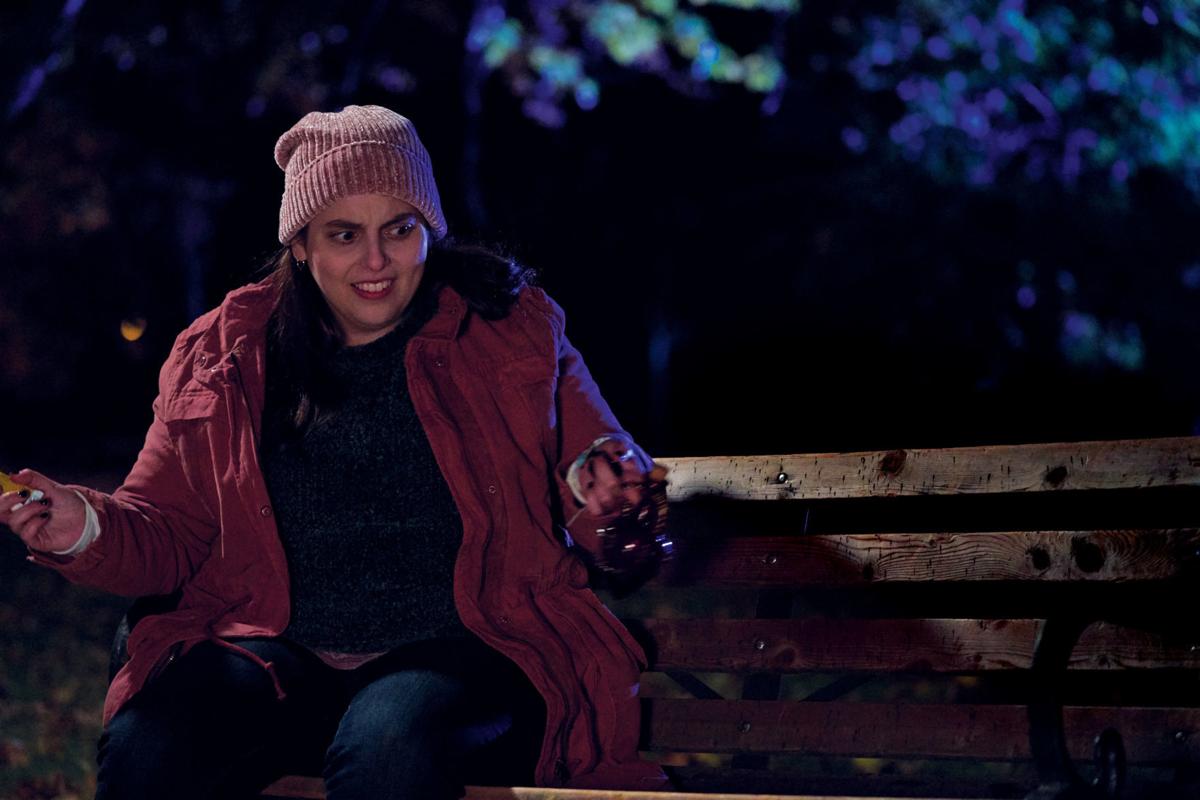 Beanie Feldstein plays Jenna, a college student who's befriended by vampires, in "What We Do in the Shadows," a new FX comedy. 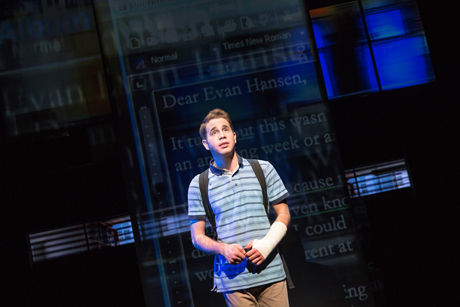 Ben Platt plays a teenager caught in a lie in "Dear Evan Hansen."

By any calculation, Beanie Feldstein had an outstanding 2017 -- a year to remember with “Lady Bird” and “Hello, Dolly!”

While Feldstein was making her Broadway debut in “Dolly!,” her best friend, Ben Platt, was wowing audiences in “Dear Evan Hansen.”

“Between shows we would lie on top of each other, drink water and not speak,” Feldstein says. “It was so incredible because he has always been one step ahead of me in that journey.”

Growing up in California, the two lived for theater and, yes, starred in all of their high school’s musicals. “I don’t want to brag, but our high school shows were amazing,” Feldstein says with a smile. From “Guys and Dolls” to “Into the Woods” to “Pippin,” they were front and center, dreaming of one day making it on Broadway.

One day when she and co-star Gavin Creel went to dinner between shows, she had a flashback. The last time Feldstein had been in the same restaurant was when she saw Creel in “Hair.” “I was a big fan of his and I remembered standing at the stage door, just trying to meet him.”

When “Dolly” and “Dear Evan Hansen” were featured on the Tony Awards, Feldstein and Platt sat across an aisle from each other.

“When he won (for Best Actor in a Musical), I thought I’d be crying. But I looked around the room and thought, ‘Everyone is looking at him the way I’ve always looked at him.’”

Now, the two are marveling at the new directions their careers have taken. While Platt promotes his first album, Feldstein has a new film coming out (“Booksmart”) and a TV series, “What We Do in the Shadows.”

In the latter, she plays a community college student who befriends a group of vampires. Fond of role-playing and art history, she wonders why she has a craving for human flesh. “She goes on a journey to find out who she will be as a vampire,” Feldstein says. “It’s all very fun. Because these vampires became vampires long ago, she’s not the same. With Jenna, you get a 2019 vampire and what that’s like. She’s confused for a long time, which is very fun.”

While the 25-year-old had guest spots on other series and roles in “Neighbors 2” and “Lady Bird,” she didn’t consider herself a screen actress. “Musical theater is my fandom.”

Brother Jonah Hill, she says, is the cinefile.

“For me, movies and TV are a whole new journey. I feel like I’m learning a lot.”

Hill, who has gotten several Oscar nominations and recently directed his first film, “Mid90s,” often serves as a sounding board. “We tell each other everything and have a heart-to-heart every day,” she says. “I’ll ask his advice because he has such incredible taste. I’d be honored to be in something he’s directing, but family first.”

Slated for two more films this year, Feldstein says she doesn’t take anything for granted. “I’m incredibly lucky and I like to think I work very hard. What has happened thus far has been an outrageous ride that I feel incredibly grateful for.”

A return to Broadway? It’ll happen, she says. “I’m desperate to play the Baker’s Wife in ‘Into the Woods’ and, one day, Mama Rose in ‘Gypsy.’ But it’s early yet for that.”

"What We Do in the Shadows" premieres 9 p.m. Wednesday on FX.

They don’t get much better than Laurie Metcalf and Saoirse Ronan in “Lady Bird.”

LOS ANGELES – In the world of musical theater, you don’t get much hotter than Benj Pasek and Justin Paul.

REVIEW: 'What We Do in the Shadows' gives vampires a good name

Get ready for the next big binge.

'Come From Away' demonstrates how strangers can come together

A musical about 9/11? Several writing teams thought it was a terrible idea. But Irene Sankoff and David Hein preferred to look at what it coul…

'What We Do in the Shadows': Meet TV's newest vampires

LOS ANGELES – Thanks to the new series “What We Do in the Shadows,” you will soon have a name for those boring people who corner you at partie…

REVIEW: 'Legally Blonde's' in the pink thanks to two big performances

Maris McCulley works harder than any one person should have to in a Broadway musical.

REVIEW: Christina Applegate reveals heart in dark 'Dead to Me'

It’s too bad there’s not a special Emmy category for a show like “Dead to Me.”

PREDICTIONS: Who will win the Tonys?

NEW YORK -- “Hadestown” has the heft to win the most Tony Awards this year, but don’t discount “To Kill a Mockingbird,” which could win plenty…

Credit director Olivia Wilde with making "Booksmart" an ideal slice-of-life comedy, circa 2019. It’s a mini-time capsule spurred by two friends who decide the night before graduation they need to experience a little of the non-academic life they’ve missed.

As he nears two years with “Dear Evan Hansen,” the Broadway vet is looking for his next adventure. “I came here from ‘Book of Mormon,’ making people laugh," he said.

When fans recognize her on the street, they immediately want her to pretend to bite them on the neck – “which I find uncomfortable on all levels,” she says. It's a rare downside of playing a vampire on the FX comedy that goes where few would.

The force is with him: Harvey Guillen is Mark Hamill's 'Shadows' favorite

Says Guillen of "What We Do in the Shadows," season two: “It’s a roller coaster. If you had told me a year ago what we were going to be doing, I wouldn’t have believed it."

Beanie Feldstein plays Jenna, a college student who's befriended by vampires, in "What We Do in the Shadows," a new FX comedy. 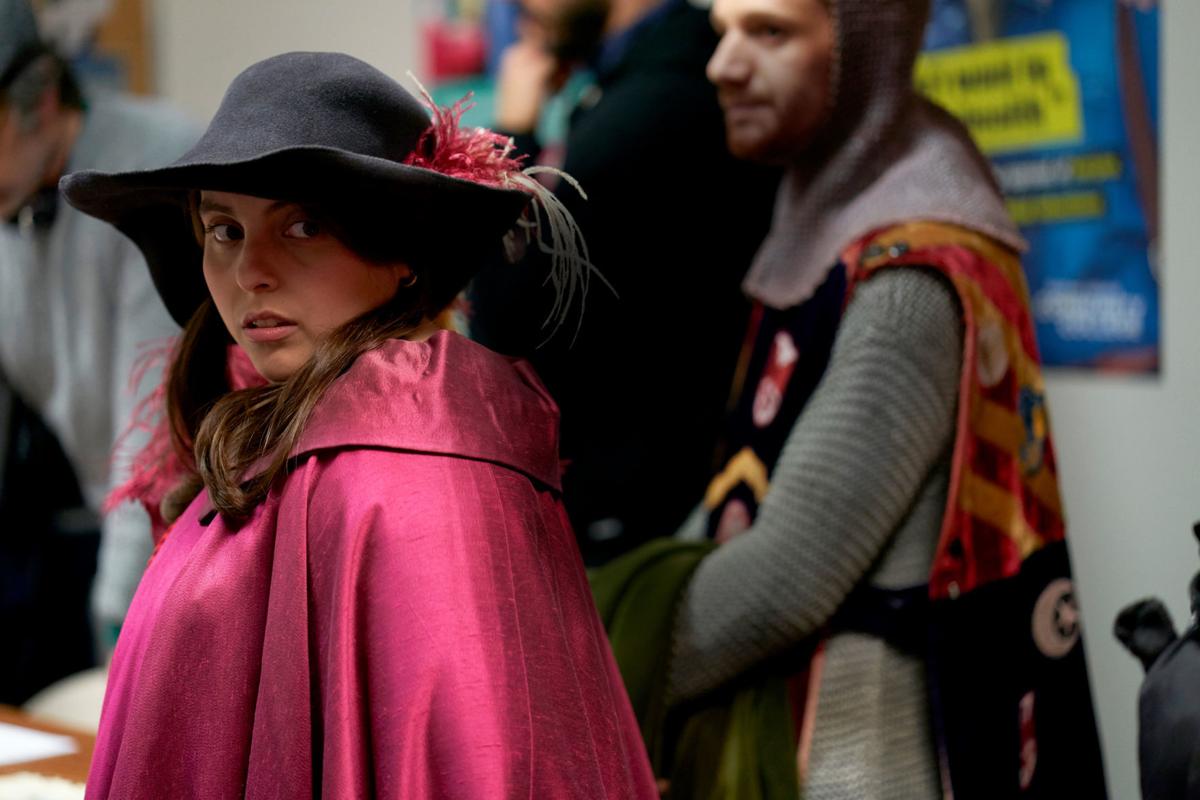 Beanie Feldstein plays a college student who becomes a bit too close to vampires in "What We Do in the Shadows."

Ben Platt plays a teenager caught in a lie in "Dear Evan Hansen."