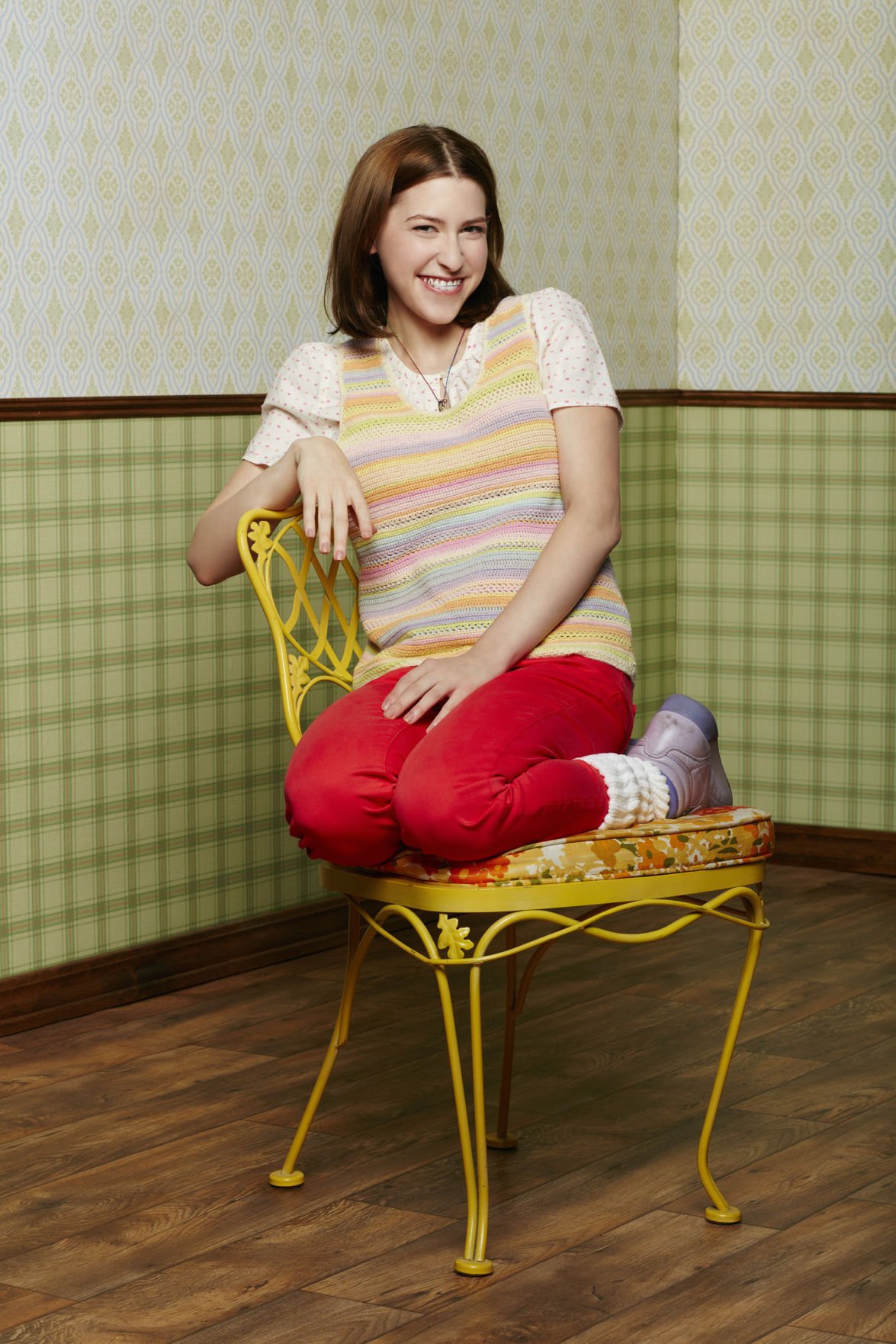 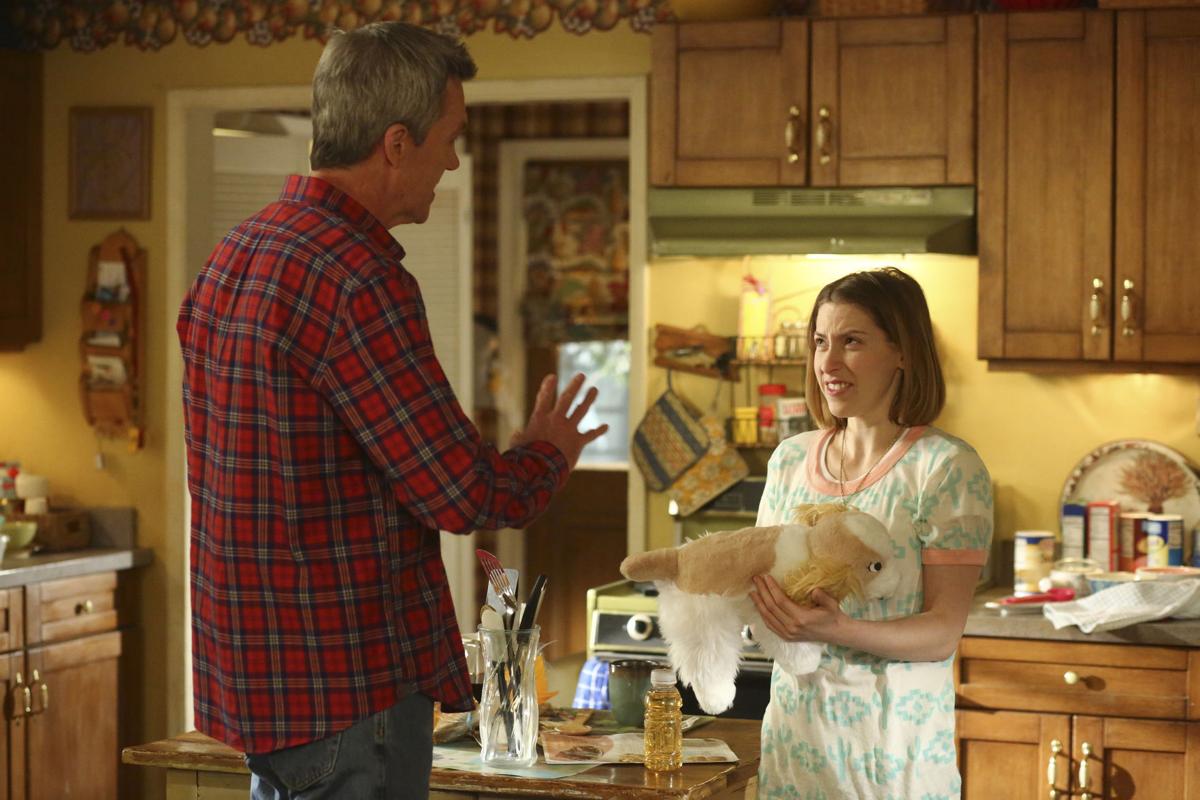 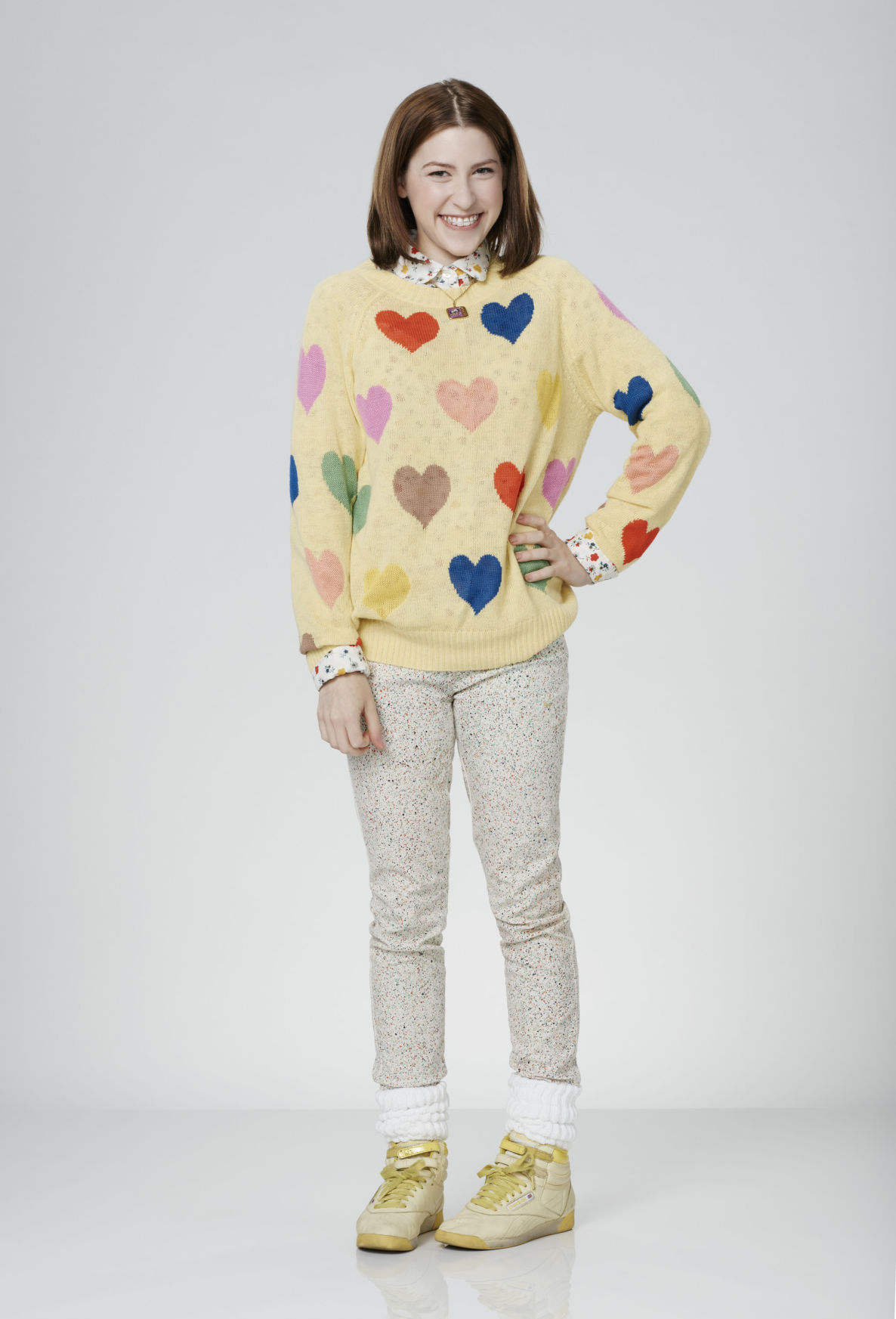 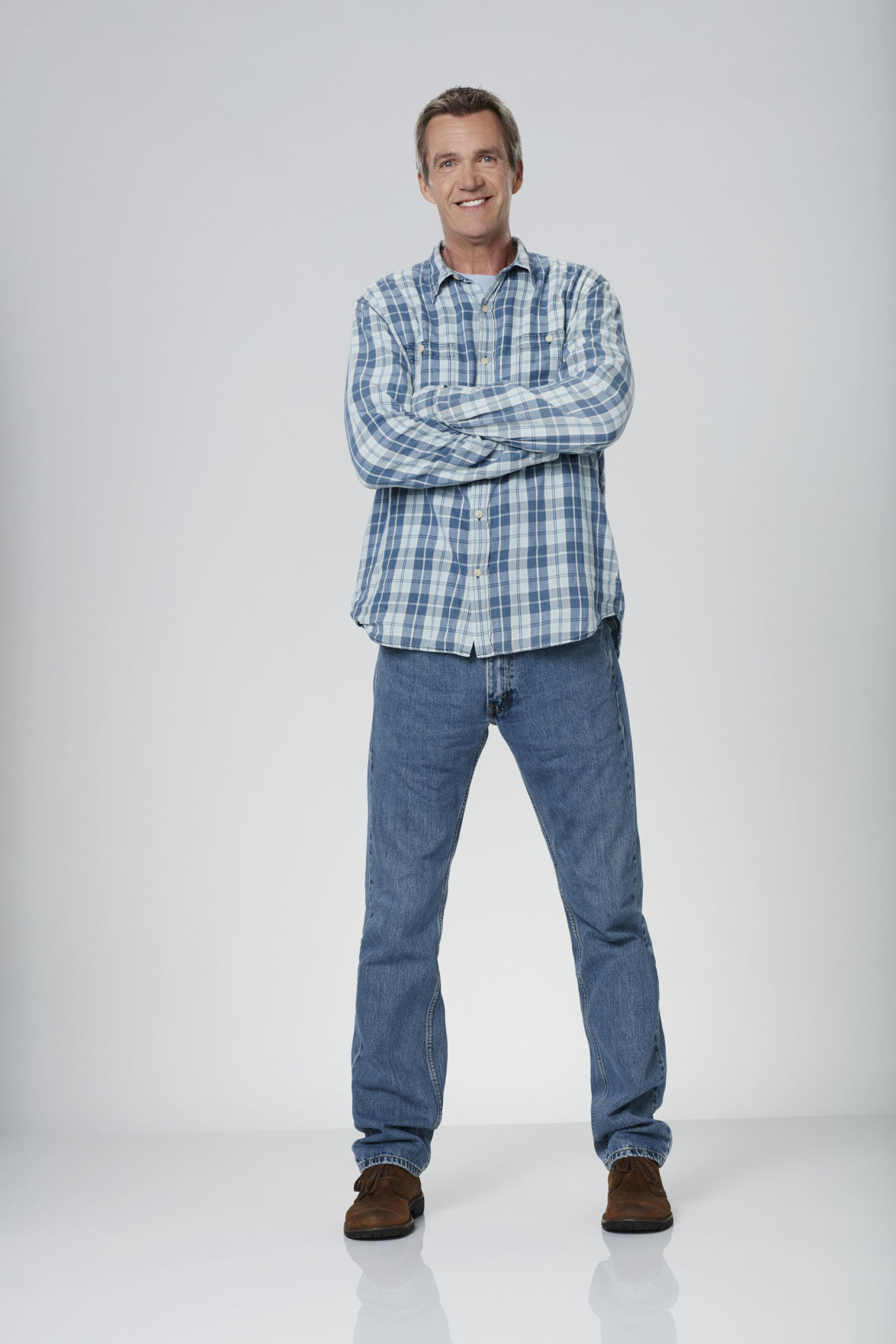 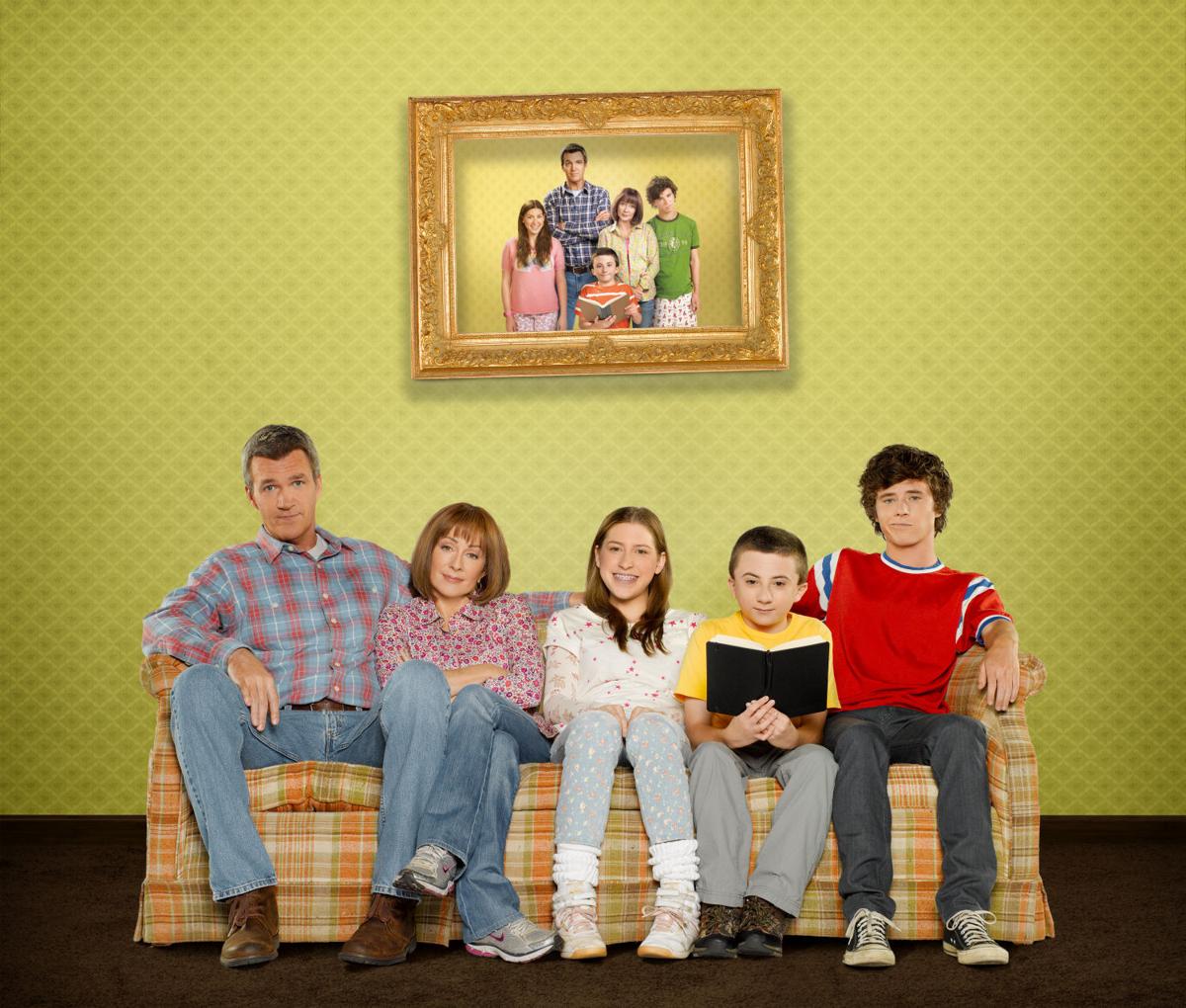 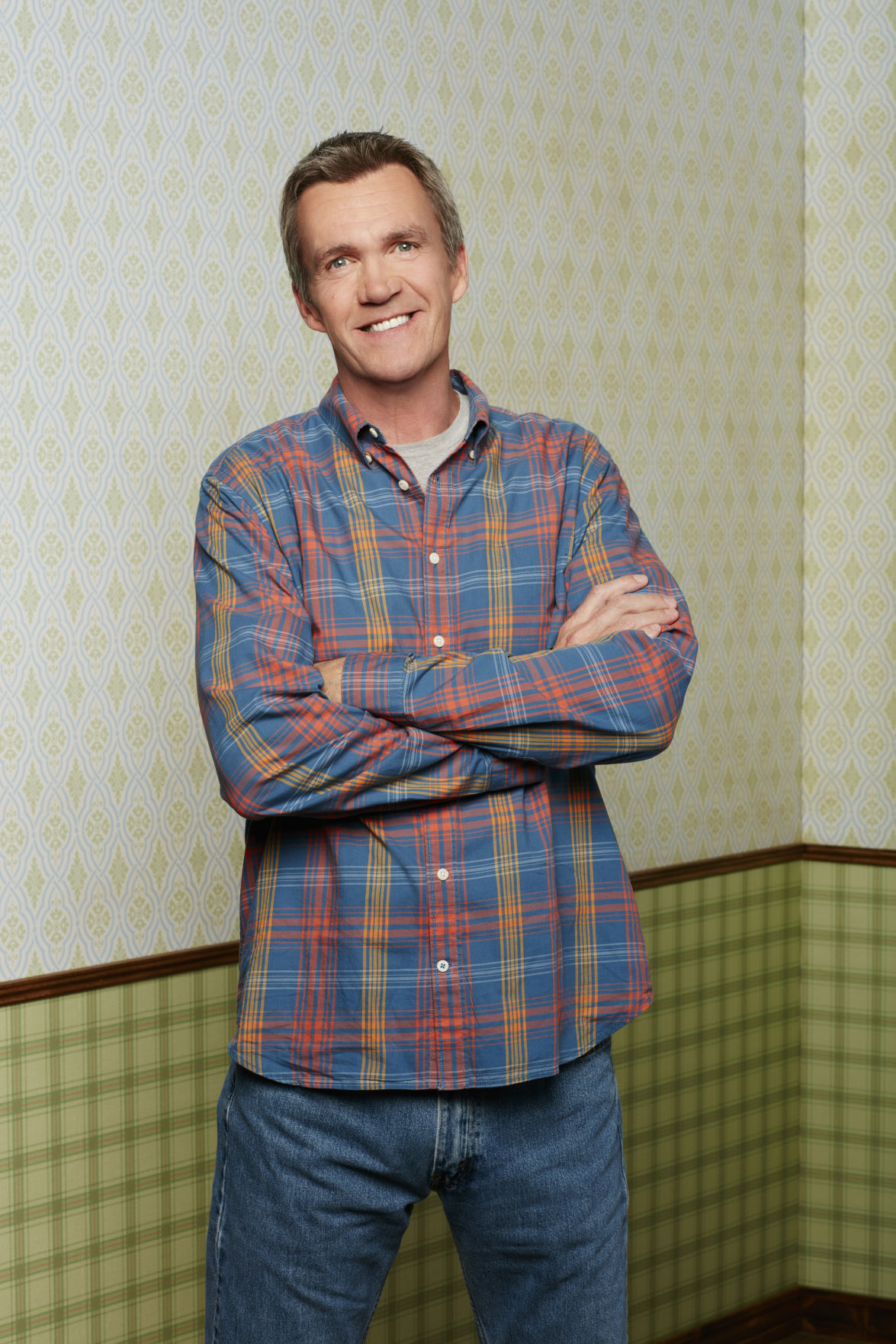 “That was a logical end but, it turns out, there’s meat left on the bone,” says Flynn, who plays Sue’s dad, Mike. “If you enjoyed Sue’s adventure in high school, college isn’t that much different.”

About to enter its eighth season, the ABC stalwart now has three fronts for comedy – home, school and, in the case of older son Axl, work.

“It seems like a good road to go down,” Flynn says. “There’s bound to be workplace humor.”

Eden Sher, who plays daughter Sue, says the options writers have given them have made the series more than interesting. “I could suggest ideas, but they don’t really need them.”

Adds Flynn: “They’ve got enough irons in the fire. They’re not looking for ideas.”

Instead, the Heck children just keep evolving – a key, no doubt, to the show’s popularity. “The characters just keep persevering,” Flynn says. “It’s how I grew up. You don’t expect anything too good to happen. You just hope nothing too bad happens.

“If the car wrecks or the house burns down, your life is up the creek. Some people can handle shots like that, but a lot of people can’t.”

The look at middle-class life is reminiscent of comedies in the 1970s, the two stars say. “There’s a nostalgic feeling to it,” Flynn explains. “You could air it after ‘Full House’ and it’d fit. That’s not a criticism. It just recalls a time when you planned your life around TV shows.”

“I just got in on the tail end of that,” Sher says of the era. “I knew a life before DVR.”

The storylines are universal, too – getting a driver’s license, going to the prom, graduation, first loves, college. “All that stuff unfolds in almost all our lives,” Flynn says. “You would think it would be hard to follow a show that strongly features minor-aged characters, but it turns out it has worked out really well.

“If you look too closely, it seems a little unrealistic. But we understand: It’s a show.”

Sher, who has acted so long she hasn’t had a chance to go to college, is now living through the character, experiencing some of those firsts as Sue. It’s fun, she says, and it’s great to play someone who’s so resilient.

Off screen, Flynn and Sher tease each other, tell stories on one another and enjoy the camaraderie that comes from being on a show like “The Middle.”

While she’s busy with side projects (she’s one of the voices on “Star vs. the Forces of Evil”), Flynn’s content doing his job and going home.

The only thing he did want to try: “Celebrity Jeopardy.” He won “$50,000 for Children’s Miracle Network hospitals and is now considered one of the game’s best players. Celebrity players.

“I think they dumb it down a bit for the celebrities,” he says. “It’s about high school level.”

Because of that, the trick is knowing when to buzz in. Faster players win, as a result, and “if you look at the question, you can figure out the most logical guess.”

Nervous? “It’s much harder than acting,” he says. “In the morning I was a little nervous – what crap have I put my foot in? But I wasn’t nervous for the actual shooting. I was nervous being myself on TV.”

In “The Middle,” he’s as comfortable as a dad in an easy chair with his wife and kids nearby.

The Hecks Go Out To Dinner! - The Middle

Mariah Carey meets the press with a wink and a promise

Charlie McDermott and saying goodbye to 'The Middle'