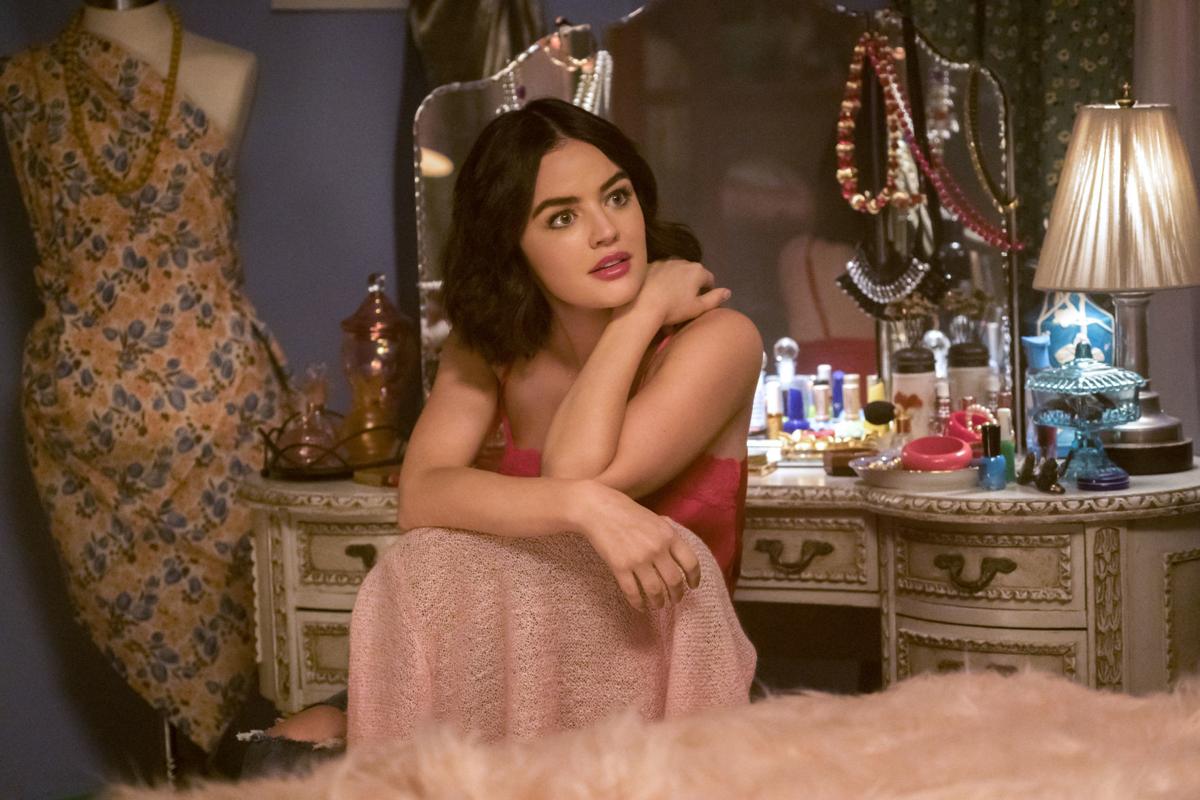 Katy Keene (Lucy Hale) tries to figure out what her next career step should be in "Katy Keene." 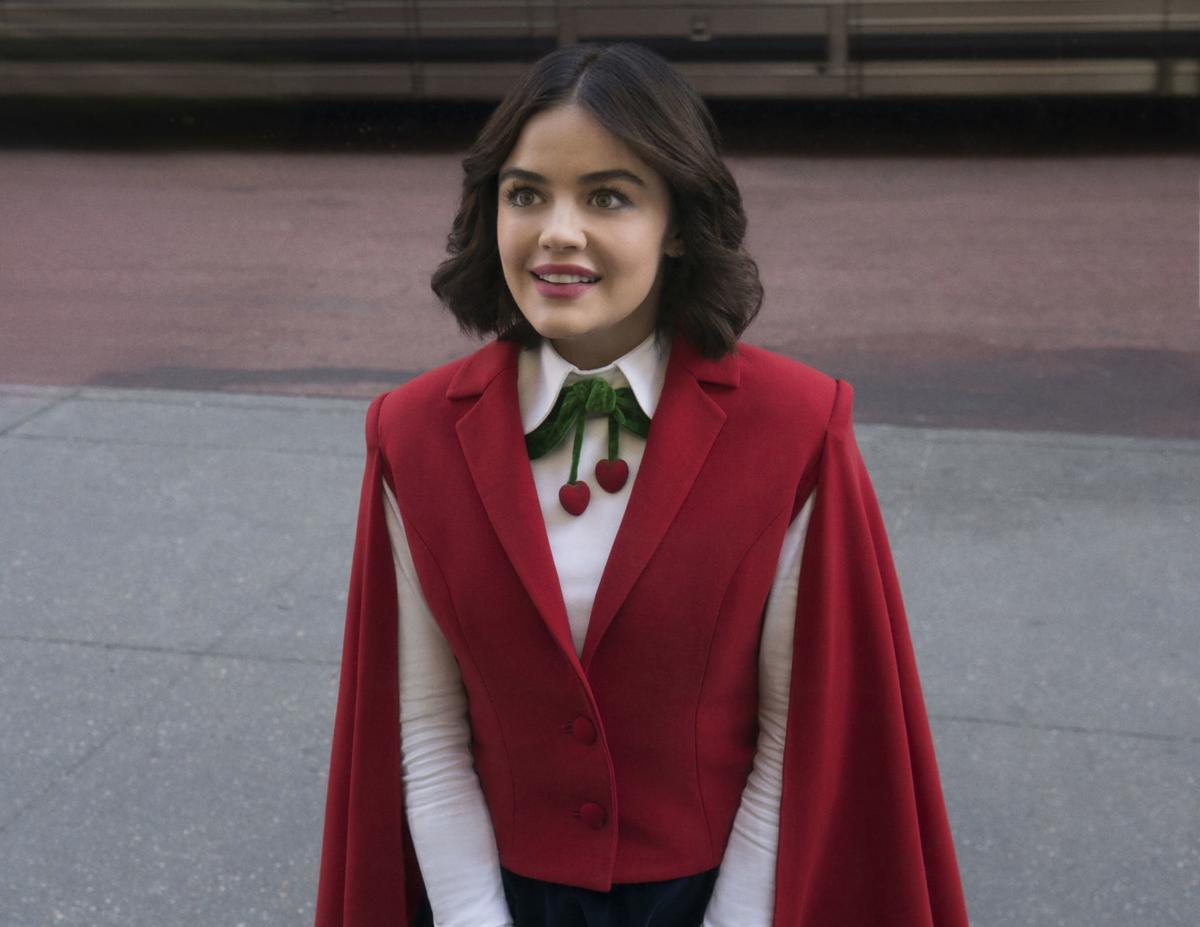 “I don’t think I’ll ever feel like I’ve made it,” she says. “It will always be about the journey.”

Although she quickly segued into another series after “PLL,” the 30-year-old realized a lot of her profession is built on creating relationships, then moving on.

“I’ve been so lucky with both ‘PLL’ and ‘Life Sentence,’” she says. “We got along so well. But the weirdest part of our jobs is we meet people we have to bond (with) and create something together and then we’re like, ‘OK. Bye bye. See you later.’”

Now, Hale is forging new relationships on “Katy Keene,” a CW series about an aspiring designer and a group of friends from Riverdale (yes, that Riverdale). Hale plays Keene, a woman with “high-class taste, but always on a budget.” She goes through her “Devil Wears Prada” moments at a department store and encourages friends as they try to make it in show business.

The series is based on an Archie Comics character from the 1940s. While Katy Keene was big in the 1950s, she all but disappeared until a 1980s revival. Then, she sat out much of the 1990s and didn’t return until 2005. While she’s from Riverdale, the new series will be much brighter and “optimistic,” producers say, than the companion CW series.

“It’s fun to be talking about things like Broadway and fashion and not the Gargoyle King or the Black Hood or an evil cult,” says Executive Producer Robert Aguirre-Sacasa.

“We’ve created this really amazing, beautiful, optimistic world, but we’re going to see the struggles of trying to make it in New York,” Hale says. Josie McCoy (played by Ashleigh Murray) is a musician who comes from “Riverdale,” the series; Jonny Beauchamp plays a dancer who assumes a different identity just to get cast; Zane Holtz is a boxer who dreams of fighting in Madison Square Garden. Together, they share their successes and failures, serve as each other’s support system and get through the daily rigors of life in a big city.

“At some point in the season, there might be somebody that they know who makes it before they do and what that means to them,” says Executive Producer Michael Grassi.

Hale says that ever-shifting learning curve is part of the fun of “Katy Keene.” Acting since she was a teenager, the Tennessee native says she went through those early struggles when she and her mother moved to Los Angeles to break into the business. “We were only planning to stay the pilot season, but I’ve been here 15 years now and I’m about to move to New York ... so that’s a little scary.”

Shot in New York, “Katy Keene” will give Hale a chance to see life from a different vantage point. “I’m such an L.A. girl – I love the weather – but I’m excited about going to New York. I had it on my vision board 10 years ago.”

Among her goals: “See all the shows on Broadway. I don’t know a soul there but that’s the great thing about New York. You can just blend in. I’m so excited to just start fresh and find all the little things I want to do.”

“On ‘Liars’ we were always laughing and goofing around,” she says. “Someone would yell, ‘Action’ and we were like getting beheaded.”

“Katy Keene” “is a lovely world to live in. This has the potential to go for a while and this is a character that I am comfortable saying I’m willing to play for a long time.”

While Hale once wore clothes that would make Katy Keene smile, she now prefers something a little less attention-grabbing. “Is Lululemon a style? If so, that’s my style – comfortable casual. As I’ve gotten older, (my style) is way more subdued.”

“Katy Keene” premieres Thursday at 7 p.m. on The CW.

Today, Drescher is back on television (as a mother who moves in with her son and his wife on “Indebted”), she’s working with her ex, Peter Marc Jacobson, on the Broadway version of “The Nanny” and she’s looking at life through a different lens.

Grenier had sent producer Alex Garland a tape, and within five minutes of meeting, the 66-year-old says, “I could tell I was talking with someone I would love to talk to for a really long time. I fell in love with his brain and the series’ concept.”

Jensen Ackles, Jared Padalecki prep for the end of 'Supernatural'

During the first year of “Supernatural,” stars Jensen Ackles and Jared Padalecki just wanted to get to another season. Now, as the end of the 15th season nears, they’re actually ready for the final shot.

Katy Keene (Lucy Hale) tries to figure out what her next career step should be in "Katy Keene." 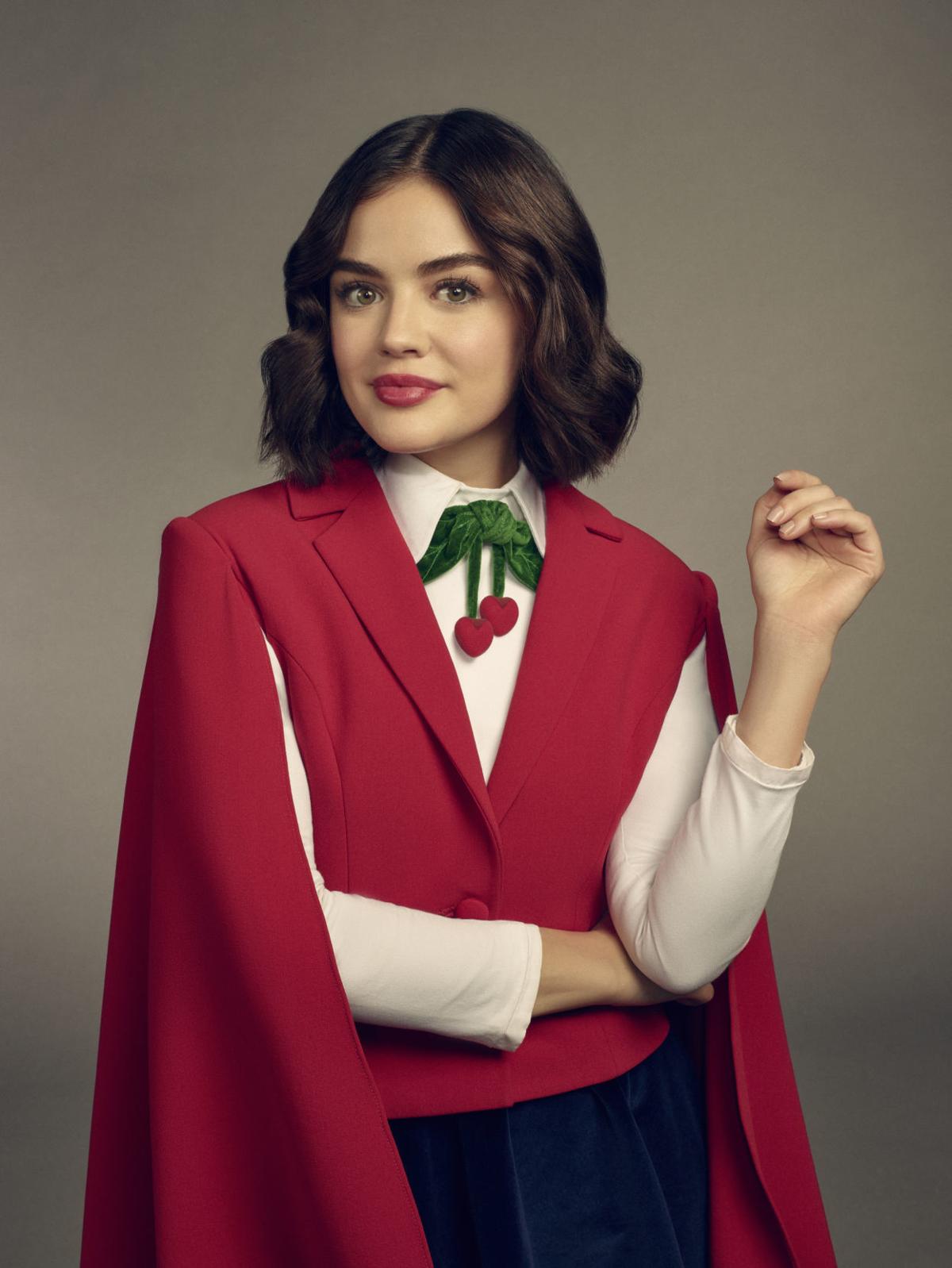 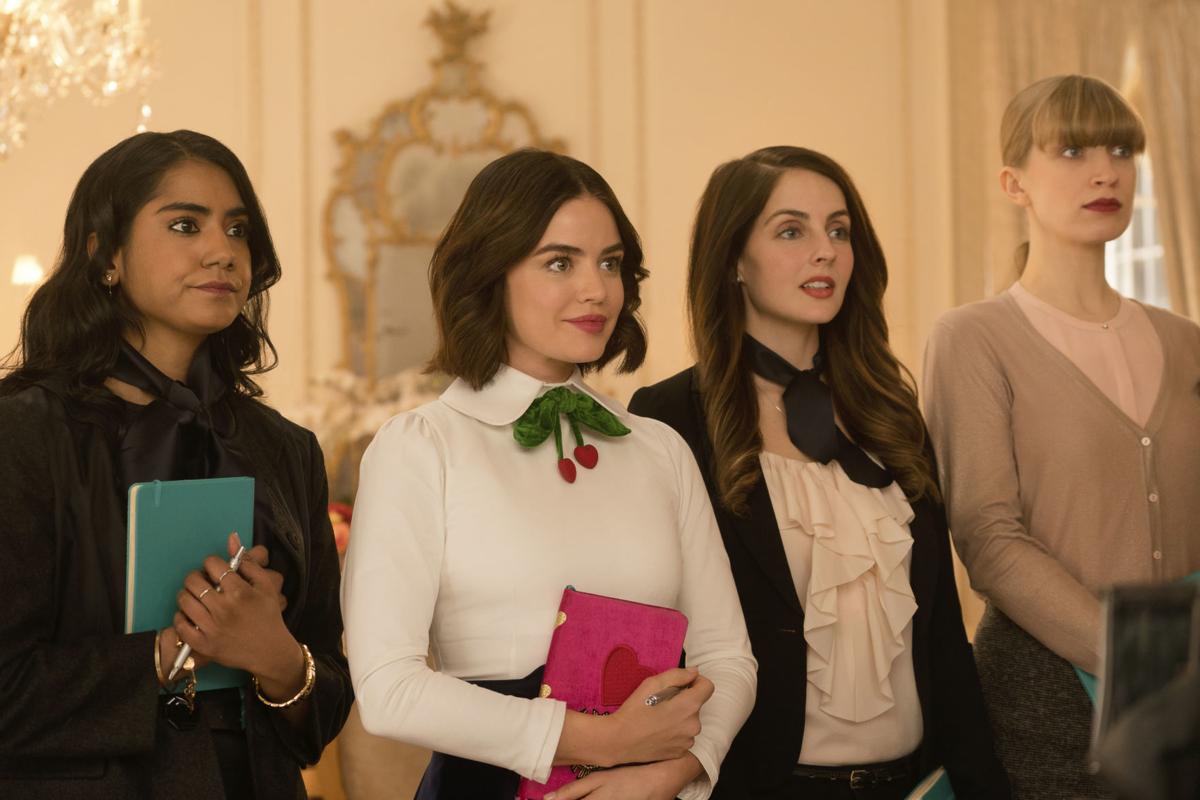 Lucy Hale, center, applies for a job at a New York department store in "Katy Keene." 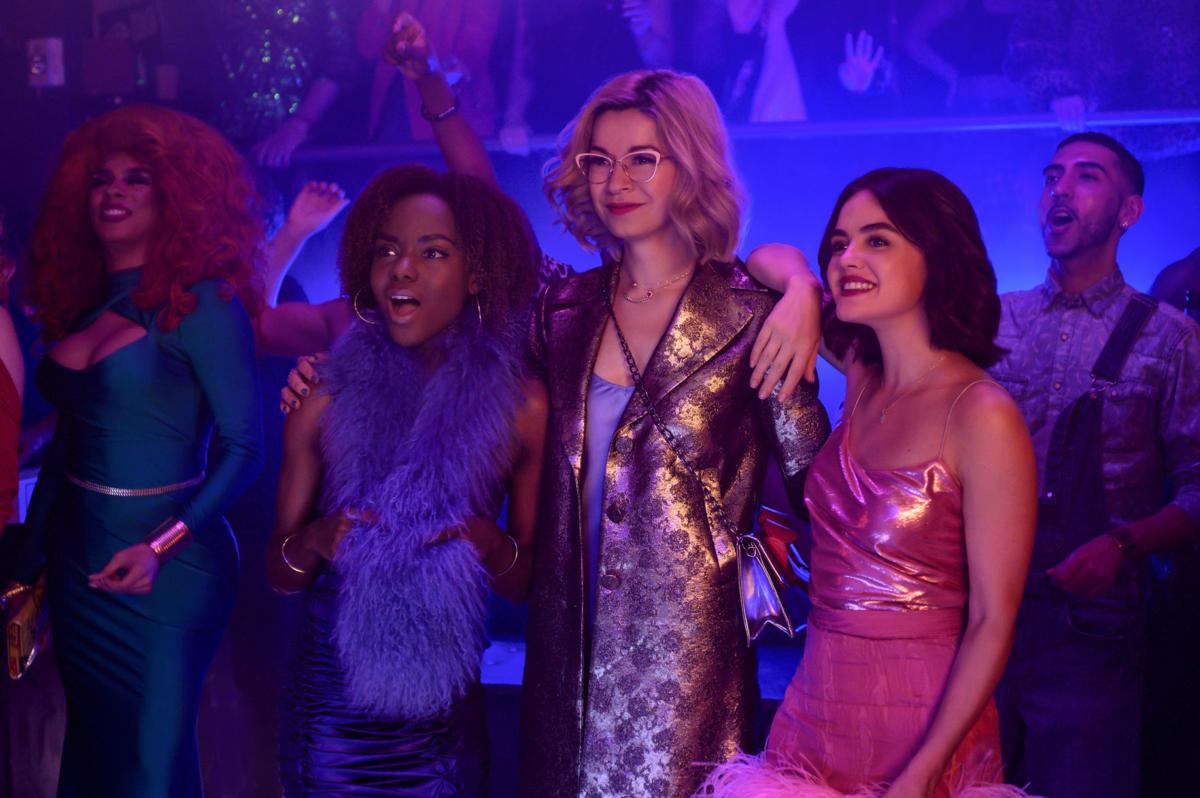