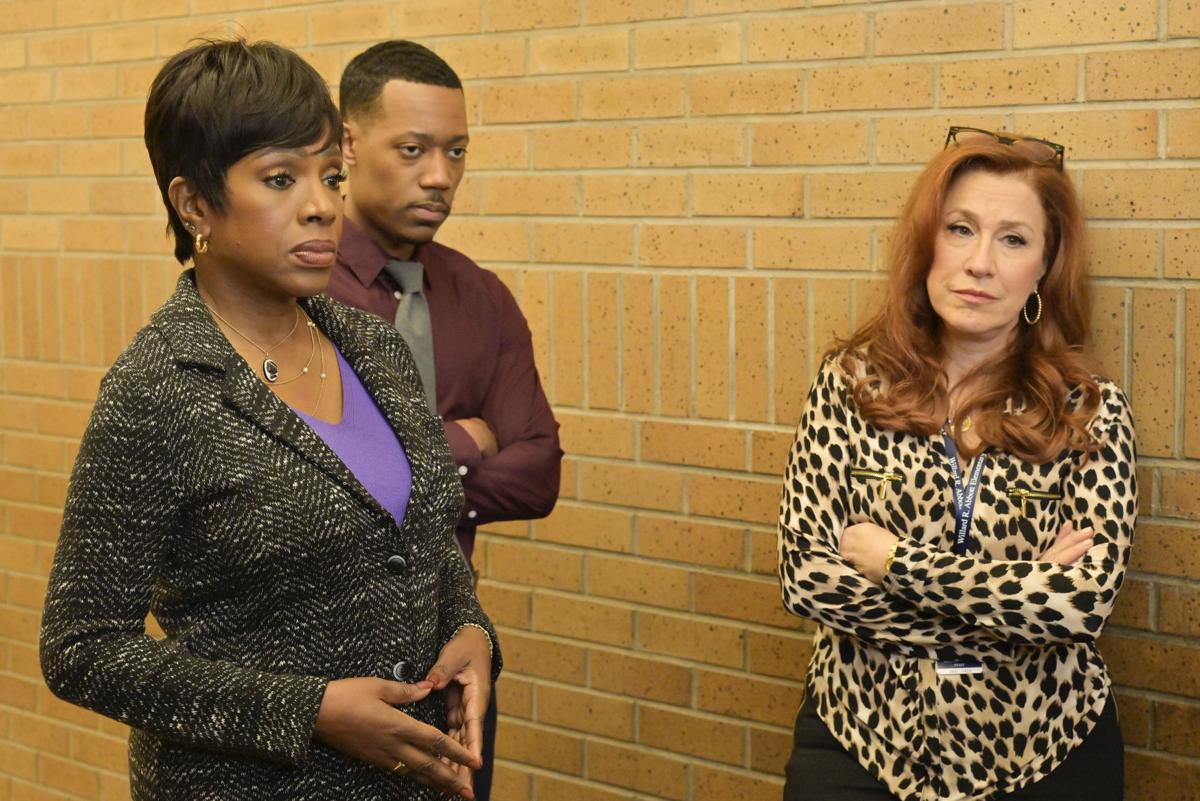 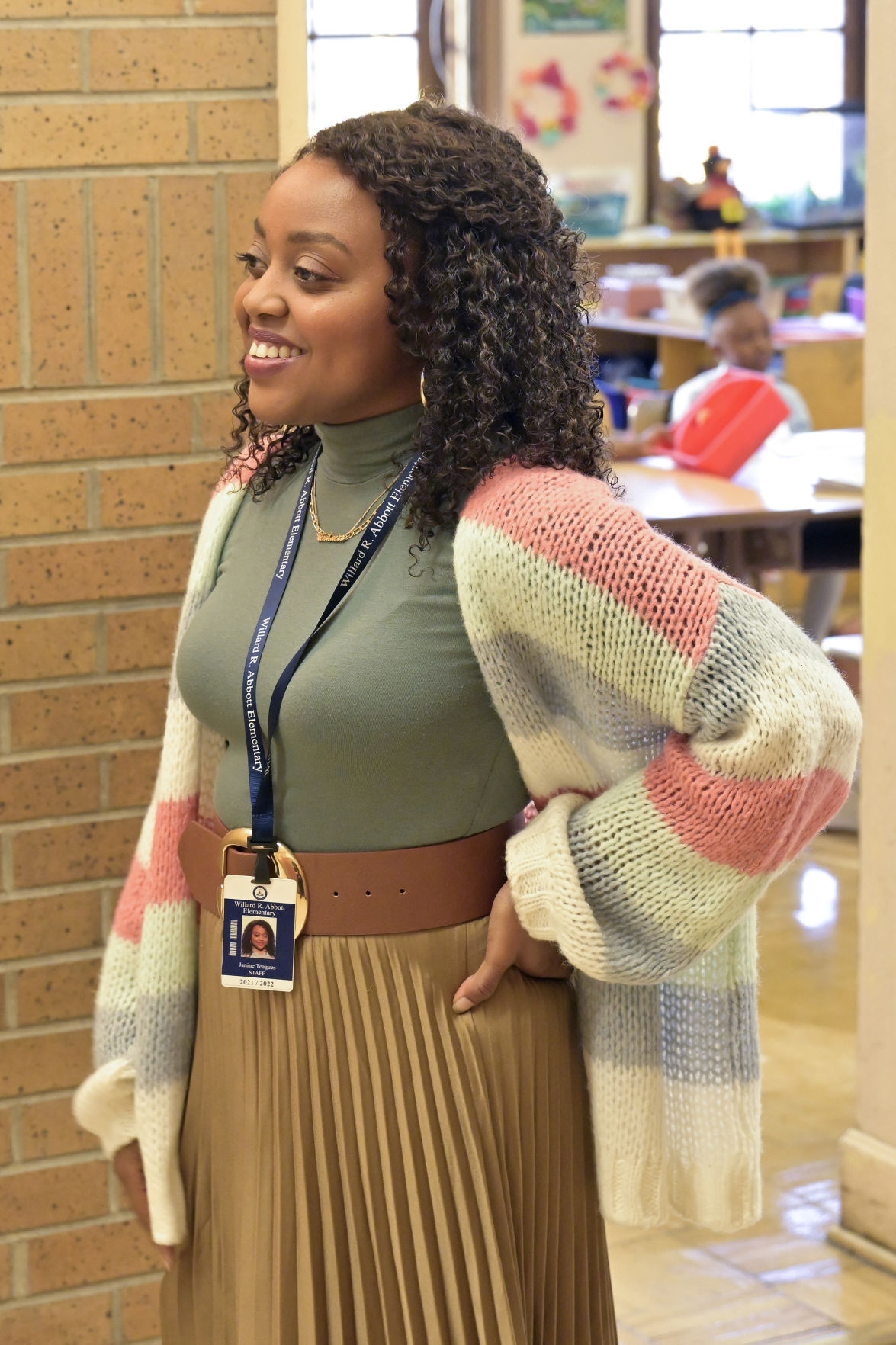 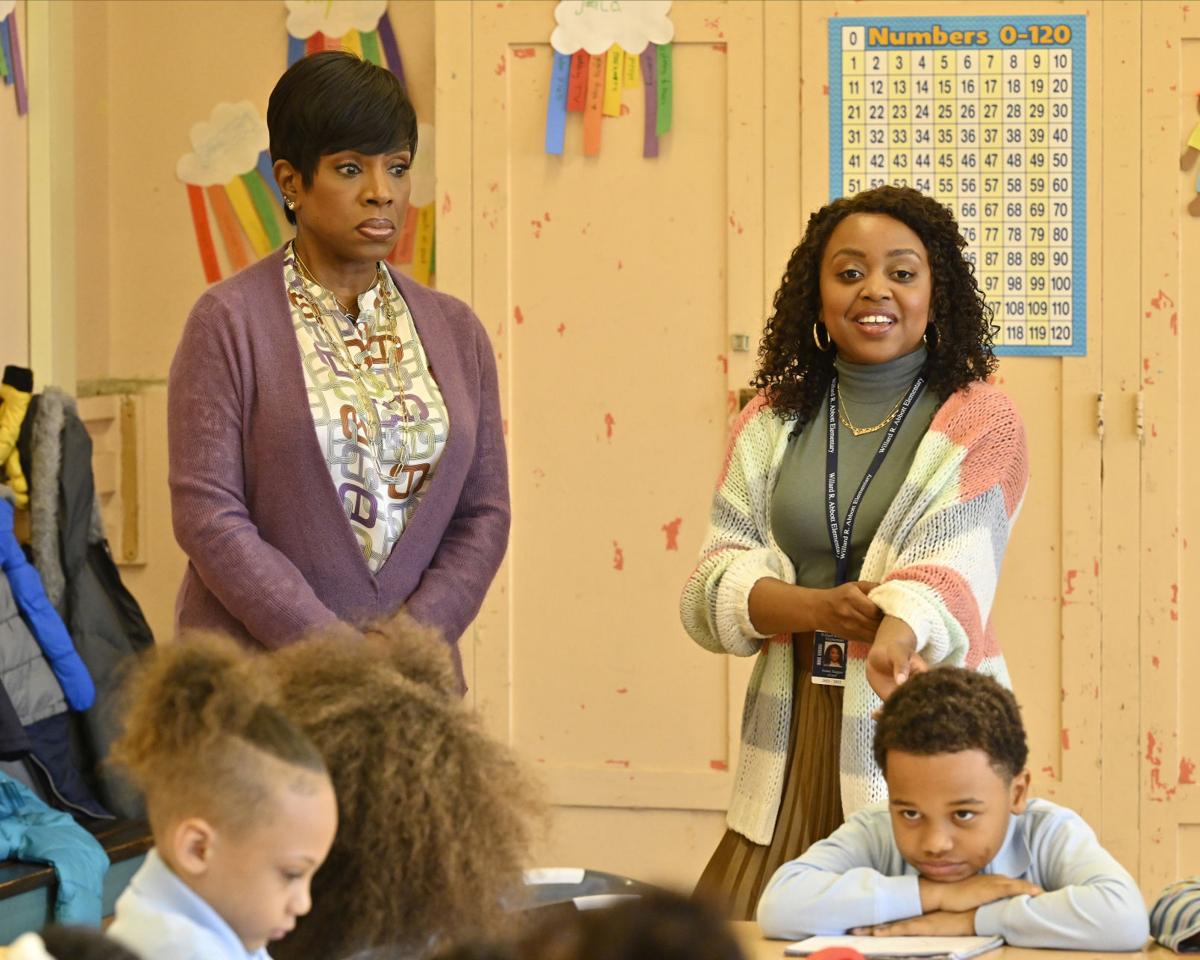 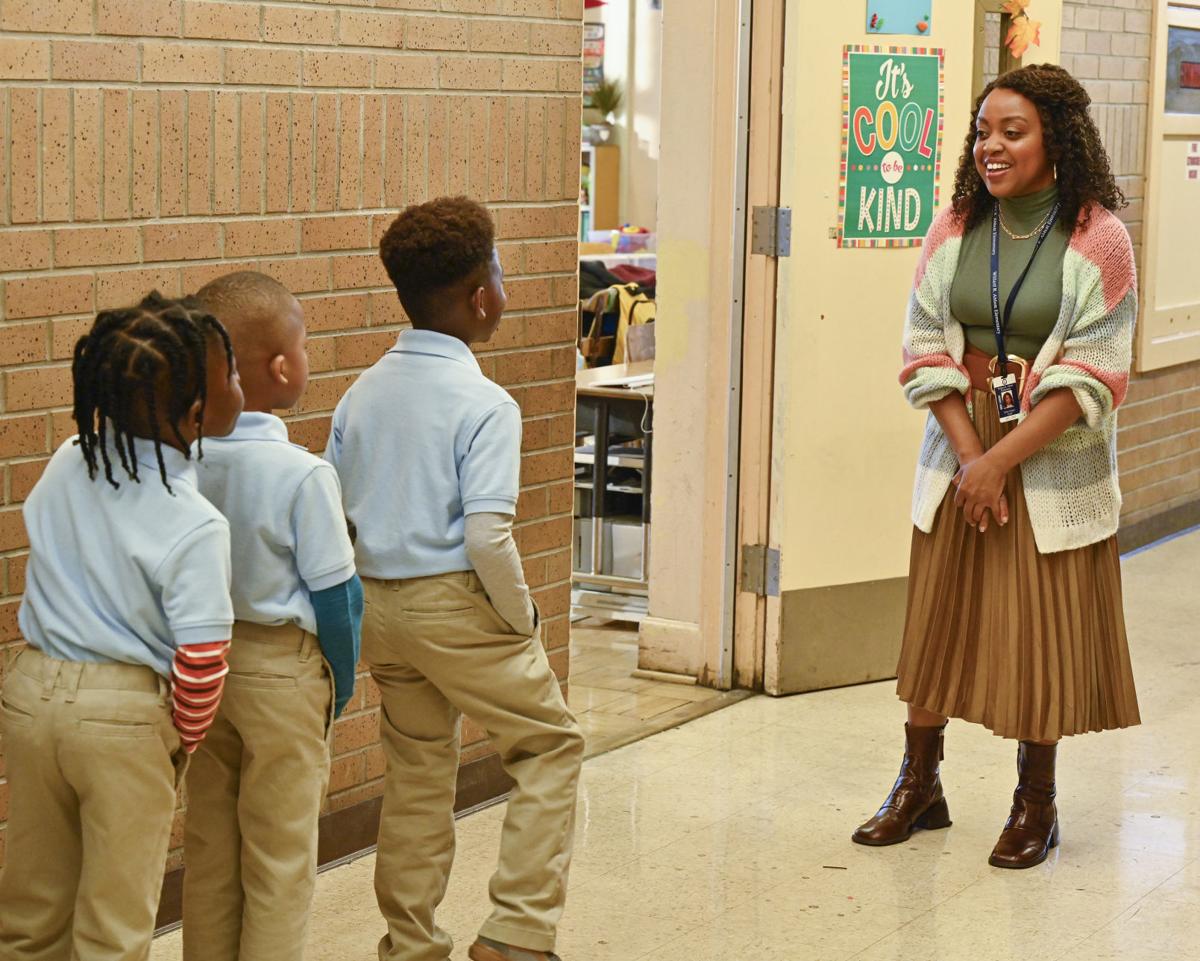 Quinta Brunson says she's about the same size as the actors who play her students in "Abbott Elementary." She says she's under 5' tall. 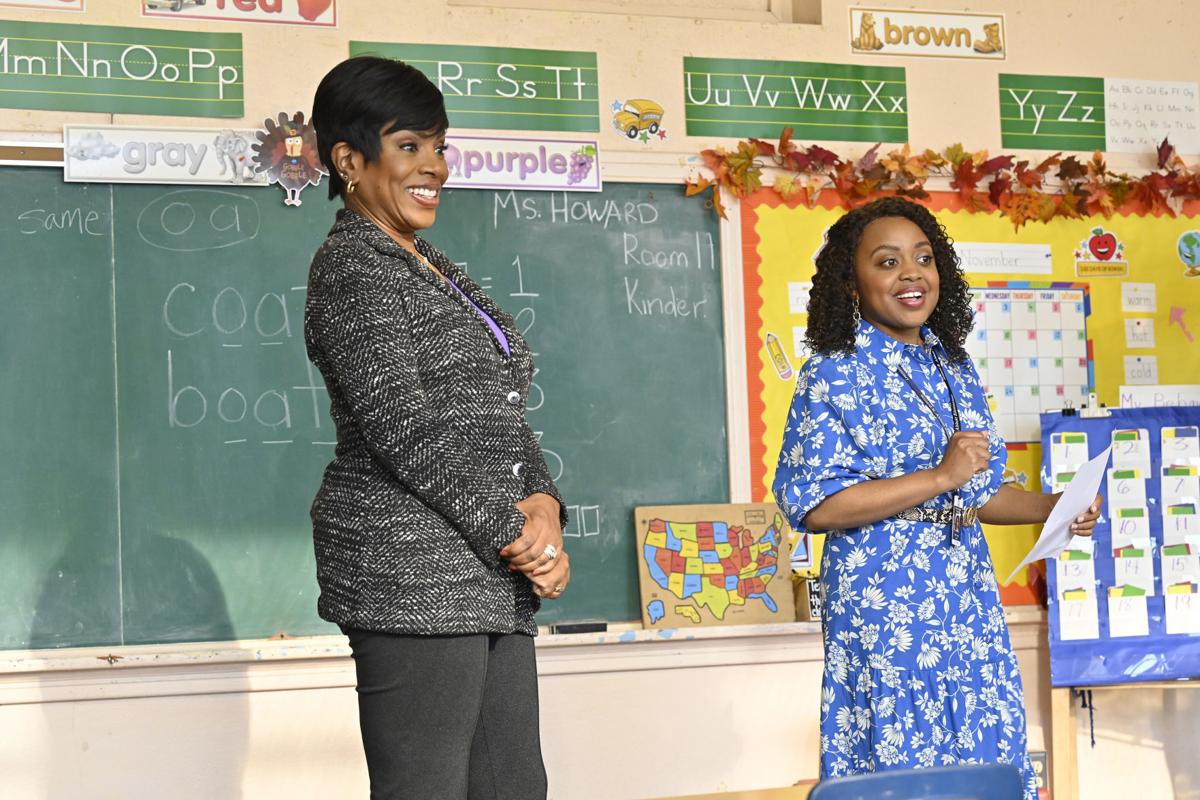 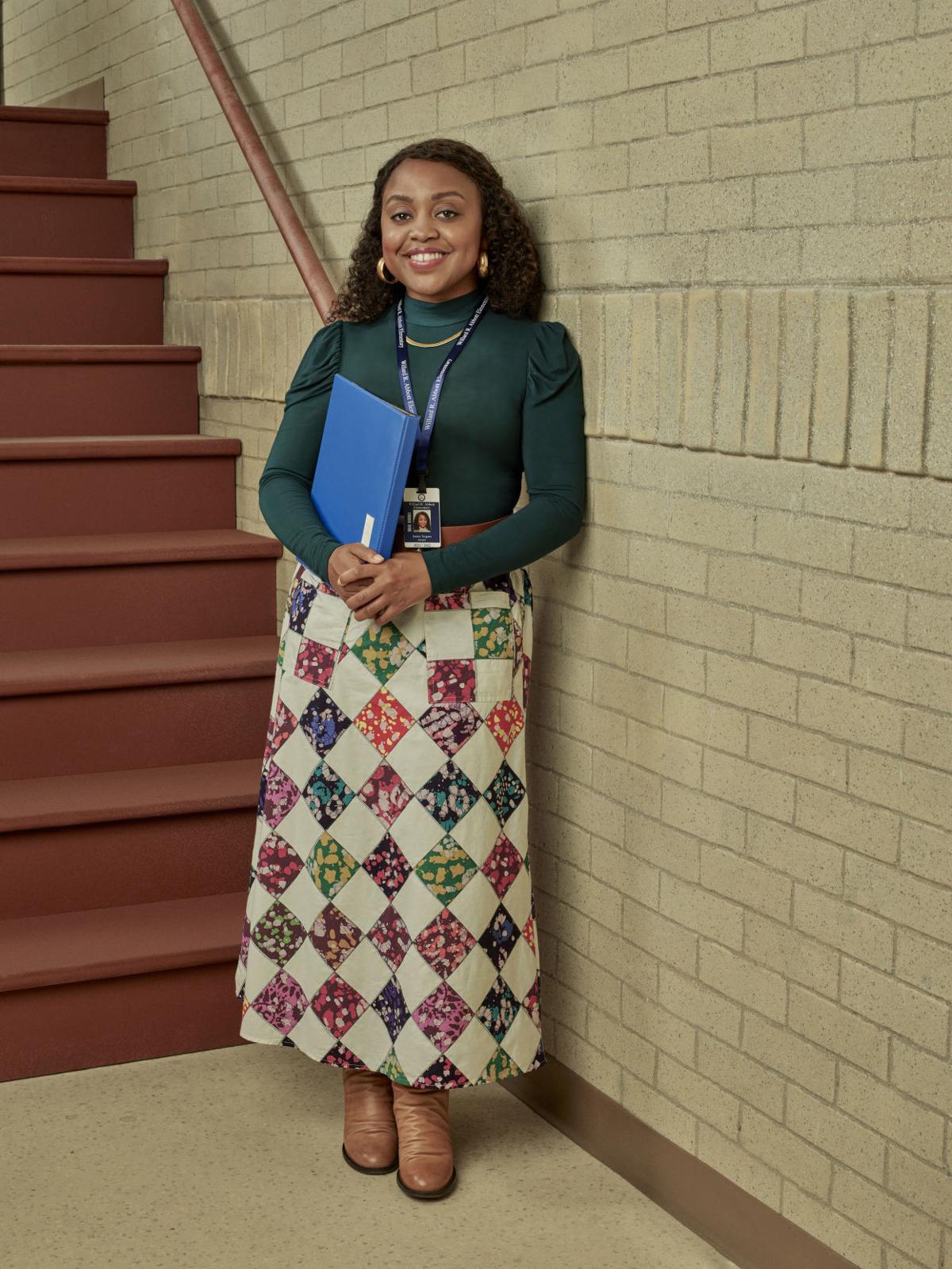 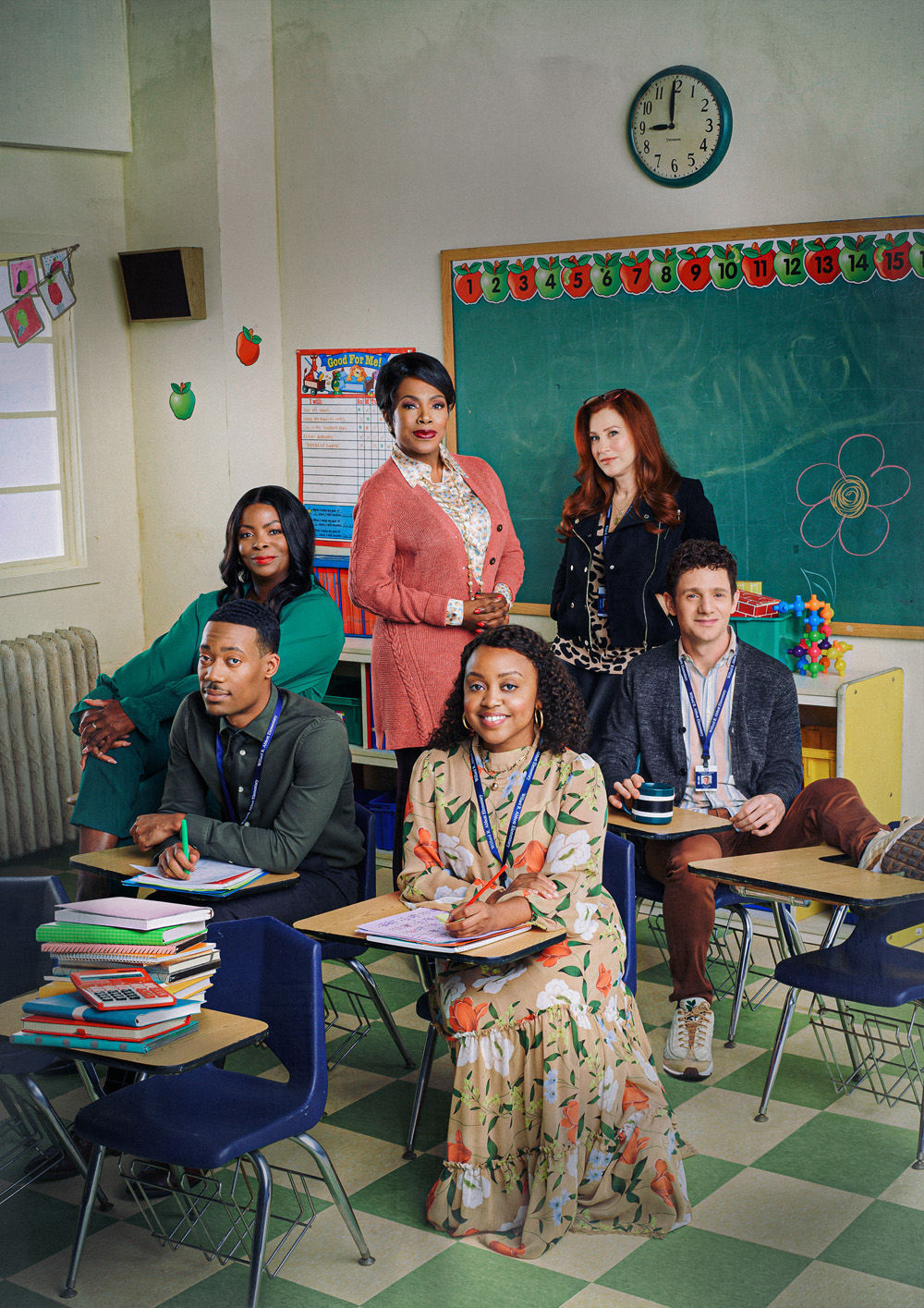 “They know all the systemic issues that are there but, at the end of the day, they have to teach your kid how to read,” she said. Giving people a behind-the-scenes look at what teachers really do, she reasoned, might paint a more accurate picture.

Her solution: “Abbott Elementary,” a mockumentary about the activity at a Philadelphia school.

There, viewers can see what transpires in the classroom and, in interviews, learn what teachers really think.

“I love the mockumentary genre,” Brunson said during a Zoom interview. “The format gives the audience an opportunity to build a different relationship with the characters. I think teachers deserve that. I had seen other teacher shows and it’s a lens on them that can make them seem one-dimensional. (Teachers) are the least one-dimensional people there are.”

While executive producer Justin Halpern admitted a place like the fictitious Abbott Elementary might not be ripe for a real documentary, “in this situation it just felt like such a natural thing.”

To give it a different feel from “The Office” and “Parks and Rec” (two of Brunson’s favorites), producers hired documentary filmmaker Randall Einhorn to handle logistics.

The show moves so naturally actors like Sheryl Lee Ralph and Tyler James Williams didn’t even realize scenes were being shot. “There’s a whole new choreography that’s going on between the director, the cameras and the actors,” Ralph said. “Back in the day, it used to take us a few hours to do what we just did in, like, two, sometimes three takes.”

Now, actors can move through scenes like they’re actually happening. The children who play the students are so convinced it’s real, they “can’t differentiate the fact that we’re just actors and have actually no power over them,” said Williams. “We find ourselves, in some ways, teaching them what it’s like working on the set and in this school atmosphere.”

Ralph, in particular, has earned the extras’ respect. “If they’re starting to act up, she’s got them wrangled,” said co-star Lisa Ann Walter. “But they also turn to you for care, which is the most beautiful thing because they’re looking at you like a teacher.”

To capture that nuance, Brunson consulted her mother, who was a teacher, and friends. “You have to make sure you have that absurdist point,” she said. “You need to have that thing that goes a little bit farther than what happens in real life. That balance allows us to tell these stories.”

Brunson, who cut her teeth on comic videos, first pitched the idea as an animated series. It didn’t go anywhere, but two years later, she ran into producer Patrick Schumacker on the Warner Bros. lot. They talked about the concept as a live-action series and, he said, “it just kind of was serendipity.”

Although she hadn’t run a series before, Brunson had “really, really good instincts,” Halpern said. “She would listen to everything that was being pitched to her and kind of have a decisive direction she wanted to move in. Our job was really easy.” The other executive producers gave her options and helped her understand the business.

“It complemented all my know-how and passion,” Brunson said. “What I didn’t have was experience in this industry.”

Now, as the series begins its run, Brunson is also thinking about directions for a second season.

Although gun and mask issues are very much a part of schools, they didn’t figure into the first season. “Do I know if we will touch on them later? I don’t know,” Brunson said. “We will be continuing to be on that fine line of what’s comedy and what’s not. But I think we will find ways to bring the needs as they pertain to the systemic issues into the show.”

Wes Bentley says it's OK to be an outsider in 'Yellowstone'

Jamie Dutton may be on the outs with other members of “Yellowstone’s” first family, but that doesn’t bother actor Wes Bentley.

'The Big Leap' tests actors' ability to dance under pressure

When Michael Keaton read the script for “Dopesick,” a new Hulu series about the opioid crisis, the words just jumped off the page.

Scene stealers: James Caverly, Nathan Lane stand out in 'Only Murders in the Building'

REVIEW: 'Don't Look Up' gets big laughs out of scammers and opportunists

For a world that has been waiting to exhale, there’s “Don’t Look Up,” a masterful comedy that manages to send up everything that has made the …

“Abbott Elementary” hasn’t quite graduated to “The Office” status, but there’s enough in the new ABC comedy to merit a second semester.

Kenan Thompson isn’t about to complain about jobs on both coasts.

Hiring actors who are able to improvise is a way of making a series better, says Justin Spitzer, creator of “American Auto.”

Quinta Brunson says she's about the same size as the actors who play her students in "Abbott Elementary." She says she's under 5' tall.