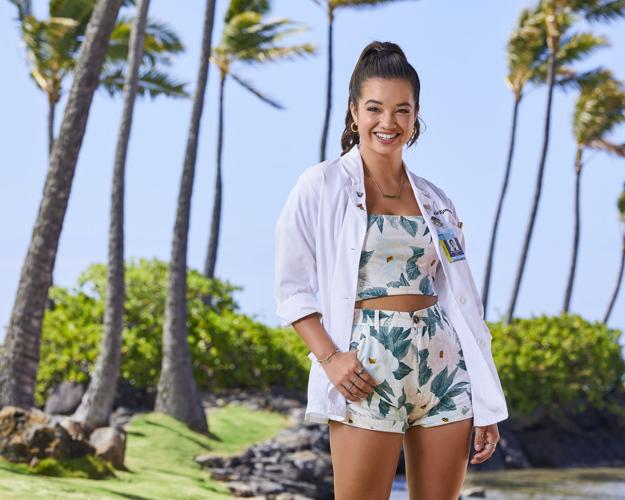 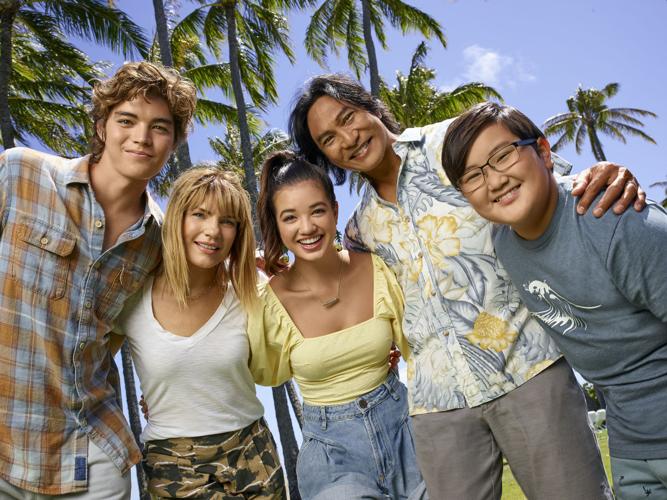 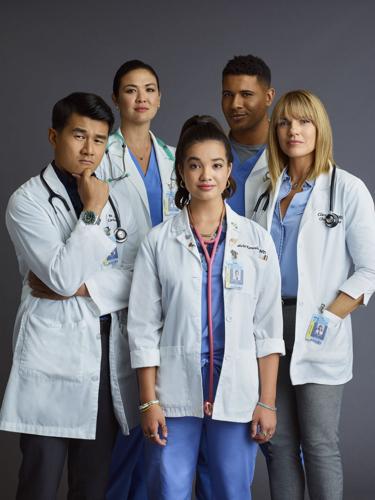 Peyton Elizabeth Lee, center, plays a 16-year-old doctor who surprises colleagues at a Hawaiian hospital in "Doogie Kamealoha, M.D." Among them: her mother, played by Kathleen Rose Perkins, right. 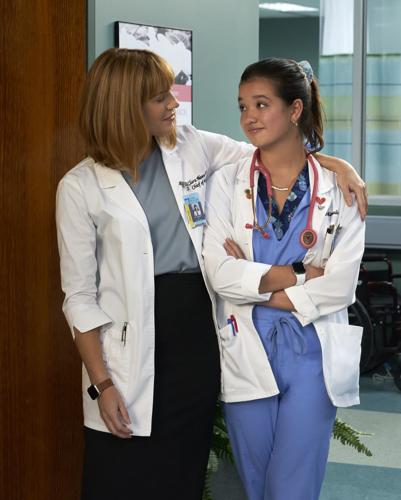 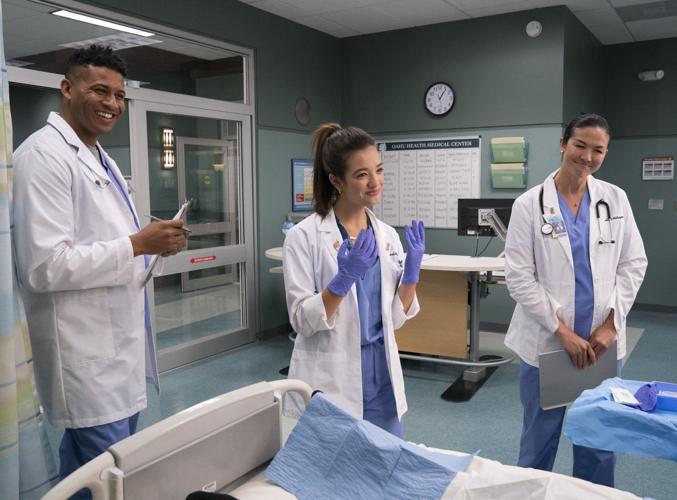 Doogie (Peyton Elizabeth Lee) has a great idea about a patient's illness in "Doogie Kamealoha, M.D."

To play a 16-year-old surfer/doctor living in Hawaii, Peyton Elizabeth Lee pored over Google, YouTube and WebMD. When in doubt, she drilled an onset physician and practiced her terminology.

And the surfing? No sweat. “My whole life I’ve been sort of around the water and in the water,” Lee says. “My family loves the ocean. My dad’s a big surfer. My brothers’ a big surfer, so I was familiar with surfing to a certain extent.”

When she got to Hawaii to film “Doogie Kamealoha, M.D.,” “we started practicing and preparing because I wanted to look as good as possible.”

Based on the ‘90s hit, “Doogie Howser, M.D.,” “Kamealoha” uses many of the first show’s touchstones but lets Hawaiian culture seep through. This “Doogie’s” mother works at the same hospital; her father sells shave ice and leis from a truck. Friends go through teenage problems; colleagues insist on extreme professionalism.

The reboot idea came to Executive Producer Melvin Mar when “Fresh Off the Boat” was ending its run. He was interested in leading another series that featured an Asian-American lead. “I have long been an admirer and a fan of (original producer) Steven Bochco and the Bochcos in general,” Mar says. “Doogie Howser” came up as a potential source for adaptation. Mar called producer Kourtney Kang (“who I equate as a 16-year-old genius”) and she fleshed out the idea.

“I’ve always wanted to do a show about my family and my experience,” she says. “And when I started talking to Melvin, it all sort of came together.”

To bring their “Doogie” into the present, Kang and Mar decided to reference the 1990s series and use the nickname as slang for a younger-than-normal doctor, “which apparently is a thing that happens sometimes,” she says. Neil Patrick Harris, who played the original Doogie, gave his blessing.

The Hawaiian setting, meanwhile, afforded Kang a chance to bring elements of her family into the story. Born in Hawaii, she thought the location would be perfect for “Kamealoha.” “Our show is so hopeful and escapist and uplifting...having this magical world felt like the right decision.”

The show’s theme song – a play on the original – is performed on ukulele by Jake Shimabukuro, a Hawaiian standout. This Doogie’s family home is also a two-story, so friends can slip in a second-floor window. And, the show’s opening montage – like the original’s – catches up viewers on the story.

While Lee wasn’t familiar with the original series (she wasn’t born until a decade after it ended), she did her research and thought it would be a great way to show how involved a teenager’s life can be.

“She’s so complex and has all these different layers to her,” Lee says. Because it’s a reflection of Kang’s life, “it was very important for me to know her story and, hopefully, be able to keep the spirit of her journey alive.”

A star of the Disney Channel’s “Andi Mack,” Lee liked the way “Kamealoha” furthers her growth as an actress. “’Andi Mack’ was sort of my first time doing any of this,” she says. “Going into ‘Doogie,’ having more experience, I definitely was more comfortable. But I still have that youthful excitement about it all because this is my dream and getting to live it anytime is just all I’ve ever hoped for.”

Meanwhile, Kang can introduce mainland viewers to the Hawaii she knows. And, yes, there are illnesses that are unique to the islands. In an early episode, Doogie’s surfing experience is key to a diagnosis.

When Lee hit the water and worked on her technique, she had help from actor Jason Scott Lee, who plays her father. In the ocean, she says, the classes "sort of developed our relationship."

The Winter Olympics may have had plenty of drama, but they didn’t boast a skating horse.

Peyton Elizabeth Lee, center, plays a 16-year-old doctor who surprises colleagues at a Hawaiian hospital in "Doogie Kamealoha, M.D." Among them: her mother, played by Kathleen Rose Perkins, right.

Doogie (Peyton Elizabeth Lee) has a great idea about a patient's illness in "Doogie Kamealoha, M.D."