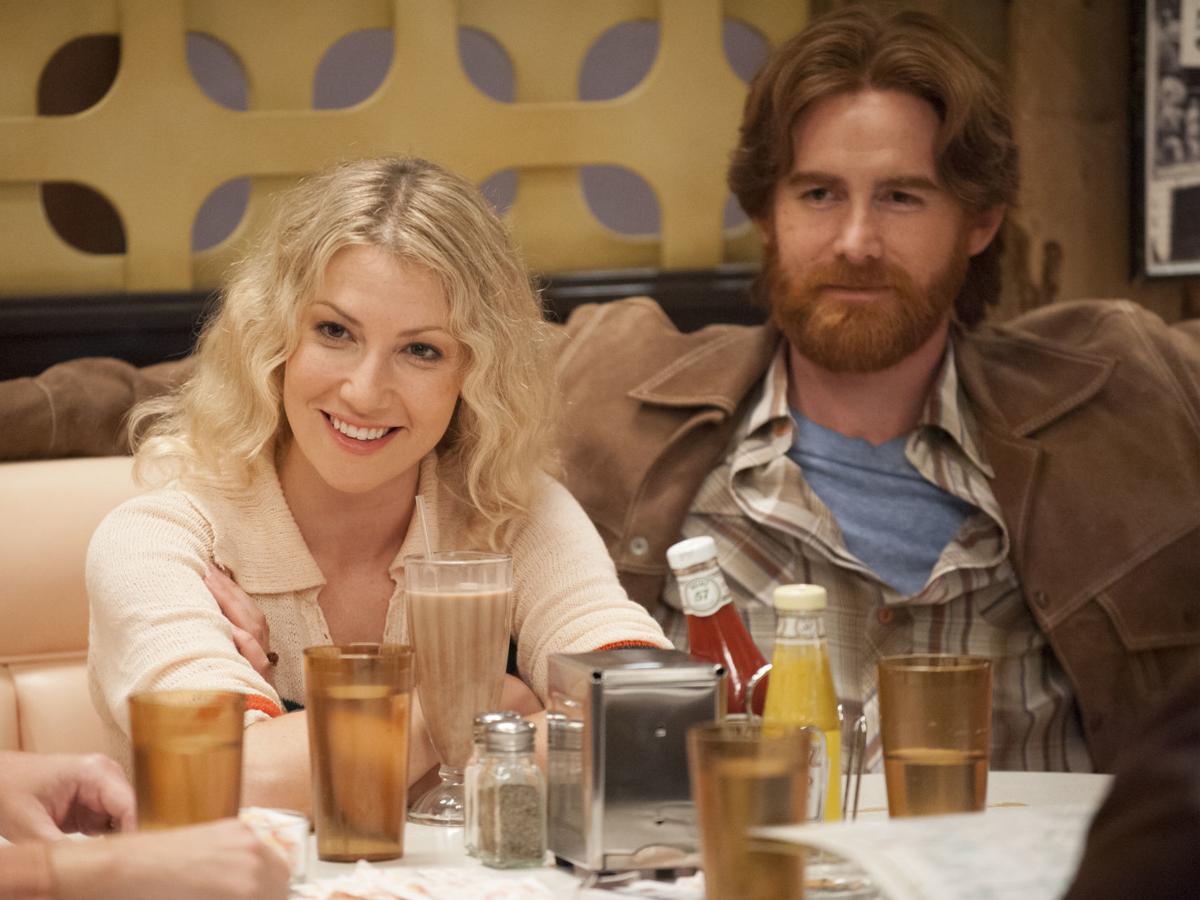 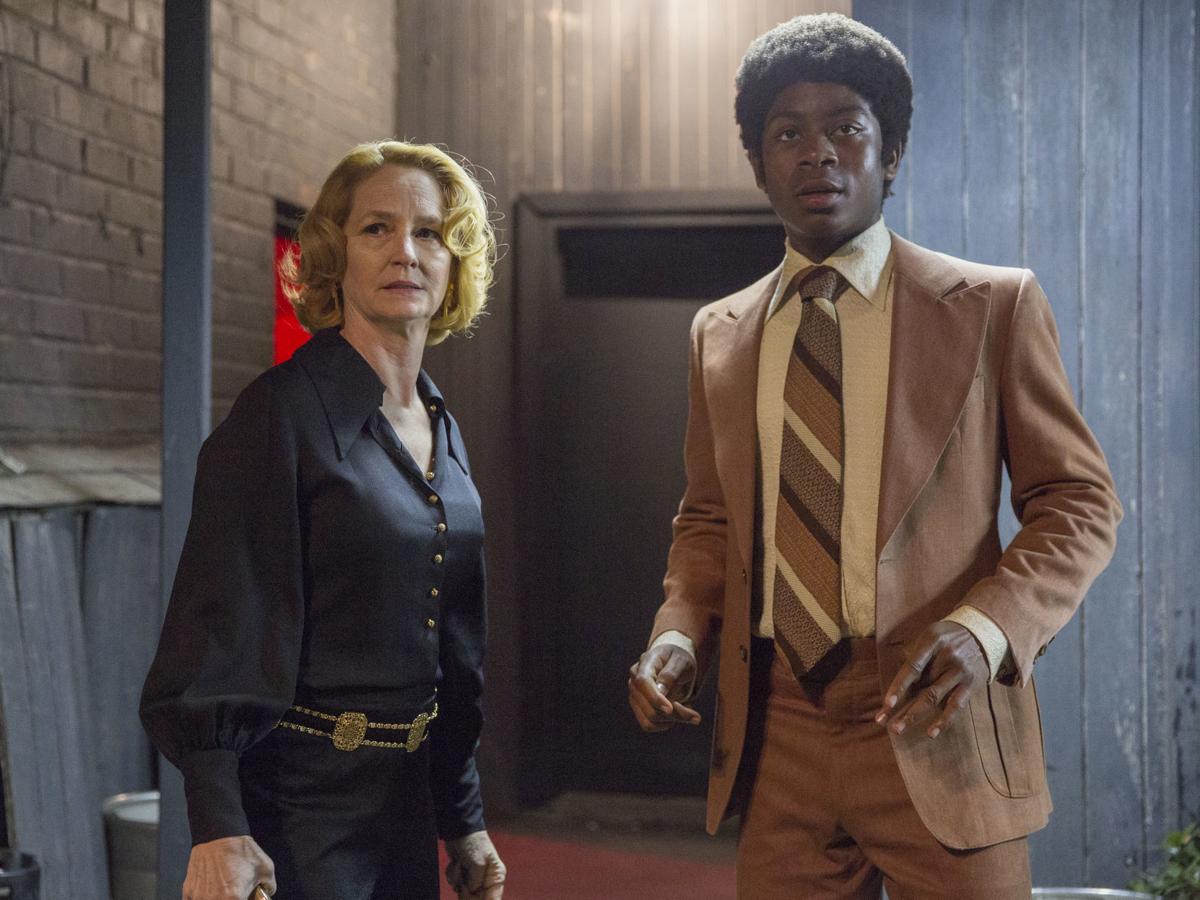 Melissa Leo plays the owner of a comedy club who tries to give RJ Cyler career advice in "I'm Dying Up Here." 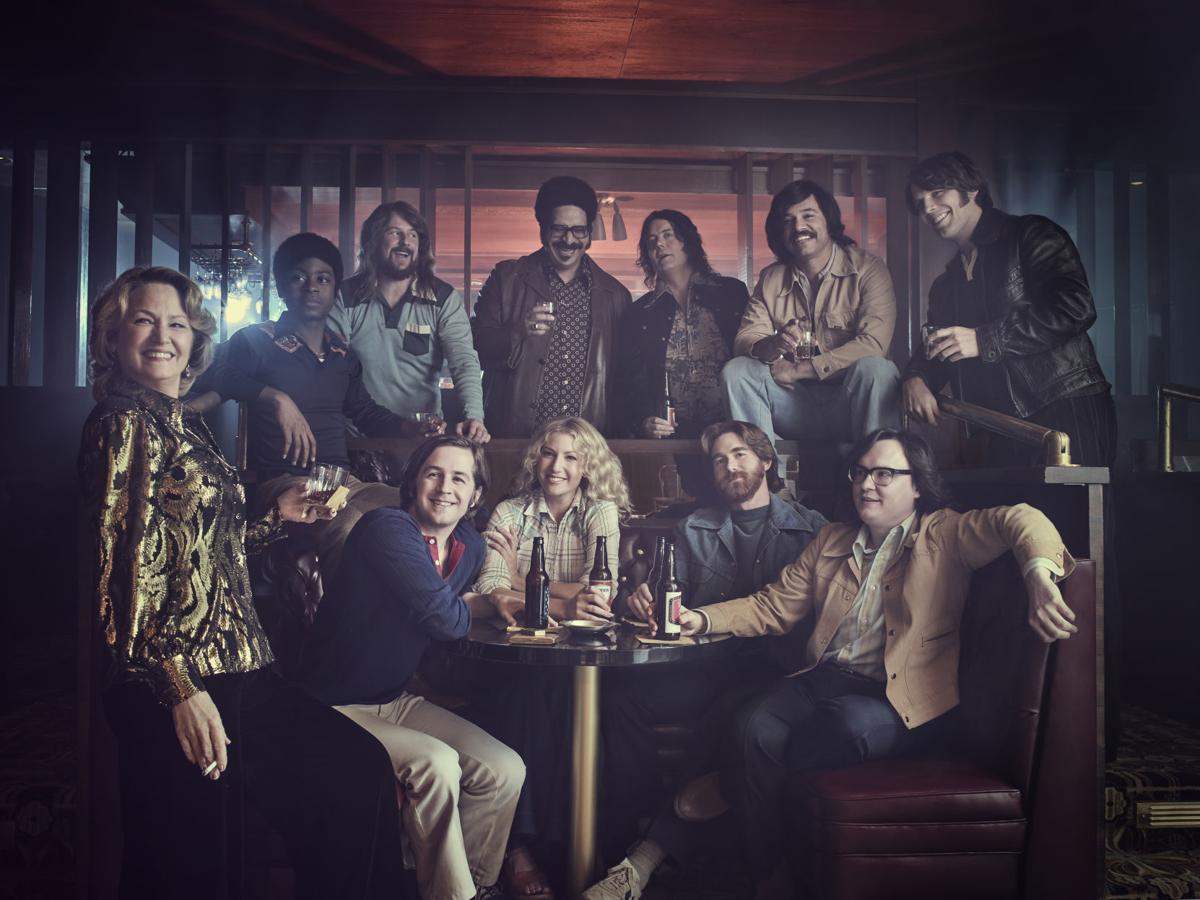 From the polyester perfection of the costumes to the washed-out look of the photography, the new Showtime series is a slice of nostalgia that’s second to none. It gets the obsession with Johnny Carson’s “Tonight Show,” too, and shows a gritty side of Los Angeles that no longer exists.

In telling the stories of aspiring comics, however, “I’m Dying Up Here” withers a bit. Perhaps that’s because the show’s creators are so determined to make this compelling they stuff the dialogue with one-liners that wouldn’t find their way in casual conversation. Like the comedians, the scripts try too hard.

Once the stage is set (and those conceits are out of the way), “I’m Dying” starts to breathe and draw us in.

Set at Goldie’s comedy club, a dank-looking place with banquettes and a permanent smoky haze, the series follows a handful of comedians who want their shot at the brass ring – a spot on “The Tonight Show.” When the series opens, Clay Appuzzo (Sebastian Stan) is within grasp. He goes on the show, kills and gets invited over to the couch – the ultimate compliment.

By 1970s comedy standards, that’s it. The rest is just gravy. But Clay’s story has a different twist – one that shakes the others and gets them thinking about what it is they want.

Two friends from Boston think they can crash with Clay while they ply their own trade; a former girlfriend wants to know how she can move up to the main room without sacrificing integrity.

Add in minority comics, poseurs and agents who pretend they can make things happen and this is an arena just waiting for the title bout. “Roadies” tried to pull the curtain back on stagehands. “Studio 60 on the Sunset Strip” offered a glimpse into the world of late-night sketch shows. Both didn’t quite make the connection. But “I’m Dying” can because it has so many disparate characters who are true to the world and yet accessible.

Goldie (Melissa Leo) may be the tough-talking club manager, but she’s also the nurturing comedy mom who wants to make sure her chickens are ready to leave the nest. Eddie (Michael Angarano)and Ron (Clark Duke) might be the naïve neophytes, but they have the kind of strength that can see them through tough times. Toss in the sole female (Ari Graynor) who hasn’t found her voice, the blue comics who aren’t quite sure if they’re playing the right room and the agents who are looking for their own cushion and this becomes a metaphor for other lives, other careers.

Leo has all the sass you’d expect from a businesswoman in the 1970s. She isn’t exactly the mentor Graynor’s Cassie needs but there is a connection.

Stan’s Clay has a profound effect, too, on the others. When his path becomes obvious, “I’m Dying” opens and we see a bit more clearly where this is headed.

Creator Dave Flebotte knows where he wants the series to go. He just tries too hard initially to get it going.

Once it does, the story takes hold and “I’m Dying Up Here” becomes the don’t miss series summer viewers have been seeking.

When Carson was king: Comedy careers were made, Jim Carrey says

LOS ANGELES | How do you know if you’ve made it in comedy?

LOS ANGELES | Comedy is brutal, says Oscar winner Melissa Leo. “It comes from a much more painful place. It’s about saying the truth and maski…

Fall TV: 'Dynasty,' 'Roseanne' and 'Idol' head a return to the past

There’s no such thing as too much tuna but try telling that to George St. Geegland and Gil Faizon.

The birth of a problem: 'Snowfall' looks at the crack epidemic

REVIEW: 'Friends from College' is 'Friends' without benefits

All class reunions are not equal.

Andy Samberg may not be in Christopher Guest’s league – yet – but his latest mockumentary, “Tour De Pharmacy,” has plenty of moments that will…

Melissa Leo plays the owner of a comedy club who tries to give RJ Cyler career advice in "I'm Dying Up Here."